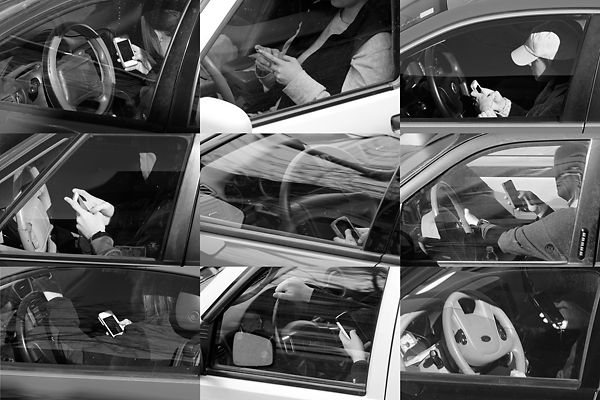 Drivers use cellphones on Elm Street and on College Avenue. 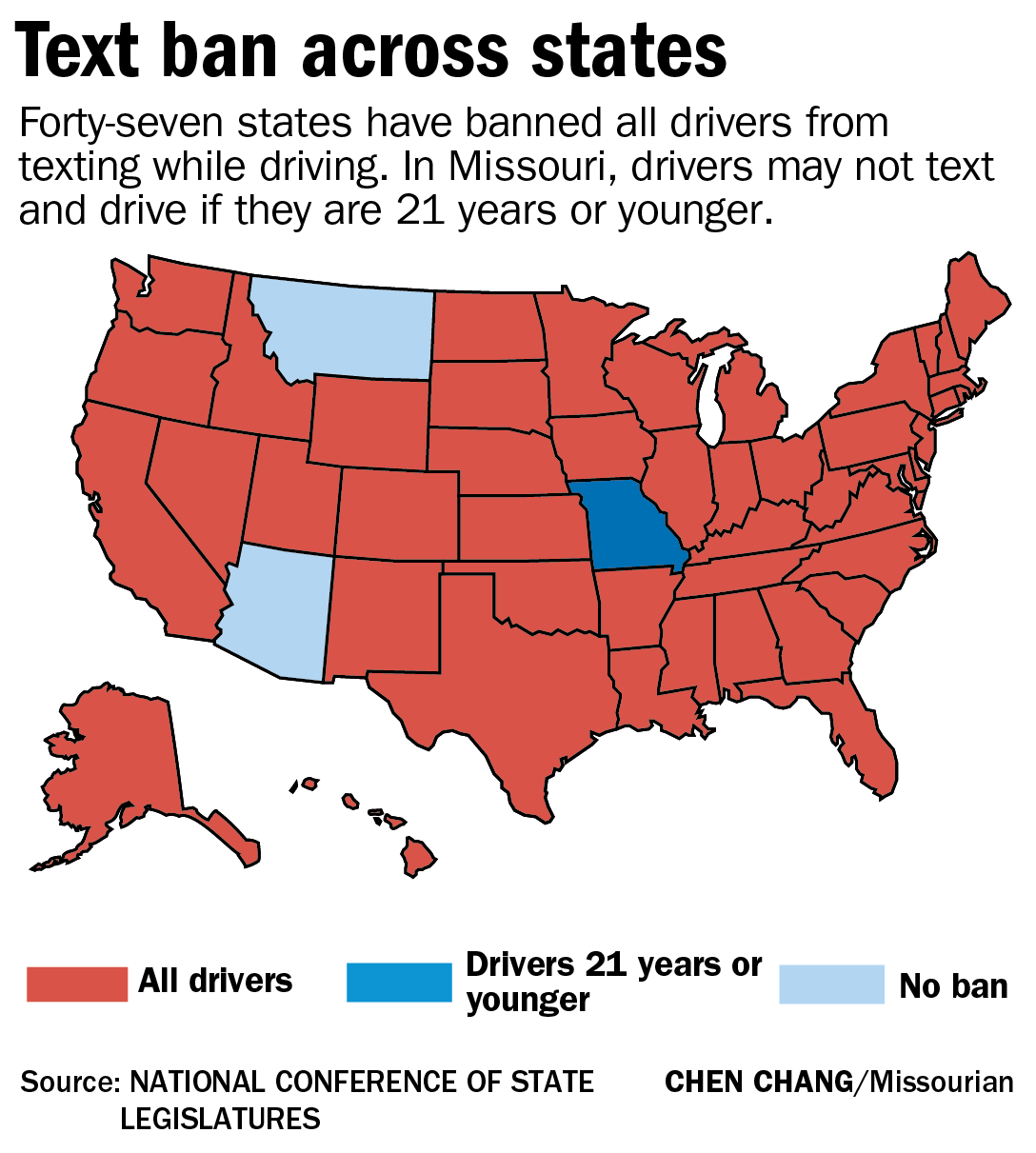 Missouri is one of three states in the country where texting while driving is legal, but that could soon change in Columbia.

The effort is an initiative from the Vision Zero implementation team, which has declared a goal of eliminating all traffic deaths and serious injuries by the year 2030.

The draft ordinance will be introduced to Columbia City Council in December, Fourth Ward Councilman Ian Thomas said. It will be on the agendas of two consecutive meetings, and the second one will be accompanied by a public hearing during which citizens can give council members their opinions before a vote.

Thomas said he expected the discussion to focus on whether law enforcement has the time and staff to enforce the ban. Another question is whether texting behind the wheel should be a secondary offense, meaning an officer could only ticket for it if he or she had probable cause to justify a primary offense such as speeding.

Columbia has an average traffic fatality rate of 6.8 deaths per 100,000 people per year, according to the Vision Zero Action Plan. That’s almost twice as high as New York City’s.

Additionally, 14 people died and 71 were seriously injured in crashes in Columbia last year.

“Those are life-changing injuries,” Thomas said. “It’s not just a broken leg or something like that. It’s losing a limb. It’s becoming paralyzed. Sixty to 100 of those (kinds of injuries) every year just in Columbia.”

In response, Columbia created Mayor’s Task Force on Pedestrian Safety in May 2015 and adopted Vision Zero in December 2016.

In May, Columbia approved the Vision Zero Action Plan that runs from 2017 to 2020 and set up three teams to develop programs in education, engineering and enforcement.

A ban would require amending Chapter 14 of the City Code of Ordinances to prohibit distracted driving for all drivers in city limits, said Heather Cole, Vision Zero program manager and the assistant to the city manager. The ban would also prohibit entering an address manually into a GPS device, writing or drawing.

Each text sent or read takes a driver’s eyes off the road for about five seconds, according to the National Highway Traffic Safety Administration. At 55 mph, it is the equivalent of driving the entire length of a football field with your eyes closed.

In 2015, distracted driving caused 3,477 deaths and 391,000 injuries across the country, according to the traffic safety administration.

The process of passing an ordinance is an effective tool to reduce the amount of distracted driving, Thomas said, because public awareness is the key in this issue.

“I think a lot of people, they don’t set out in that car thinking, ‘I’m gonna text while driving today and I don’t care what will happen,’” he said. “They don’t do that. It’s just like people are busy and people are focusing on different things. They’re just not thinking.”

The ordinance will build awareness of the dangers, Thomas said. It will also help shift the focus to improving the safety of pedestrians and cyclists who are involved in less than 3 percent of the crashes but account for 18 percent of traffic deaths, according to Missouri Department of Transportation.

“I always feel that, In America, the system has been very focused on making everything really easy for people driving cars, and not so much for other types of road users,” Thomas said.

It might be challenging at the state level to pass the bill to remove an age limit, Thomas said, but he is optimistic that Columbia will make it happen.

In addition to the ordinance, Cole said, the implementation team is using different approaches to improve safety on roadways. A crash analysis team has been formed to study the common elements of the crashes involving fatalities in the past five to 10 years. They will come back with recommendations for improvement by the end of 2018.

To gather input from the community, a plan for a public information campaign will be completed in December, said Annette Triplett, the education team leader and executive director of PedNet Coalition. It was awarded a grant by Missouri Foundation for Health to provide partial funding for the program.

The team will hold town hall meetings in each city ward in January and February of 2018, Triplett said. Residents will learn about the frequency and location of crashes in their part of town and the specific safety needs of their neighborhoods. Each council member will attend the meeting in his or her ward.

“Ultimately, the Vision Zero concept is that no loss of life on our roads is acceptable,” Cole said.

The Missouri General Assembly should pass a distracted driving bill to ban texting and driving.