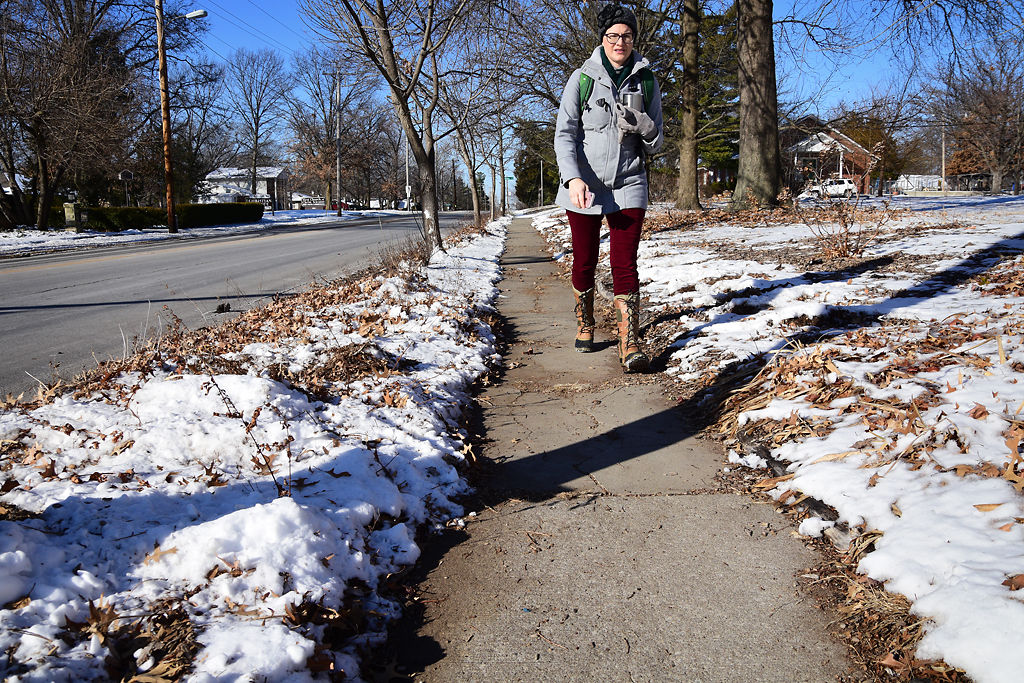 Columbia resident Rebecca Bruton walks along the sidewalk on West Broadway near Anderson Avenue on Thursday morning. Bruton said the crumbling sidewalk concerns her because many children who ride scooters can hit the bumps and injure themselves. 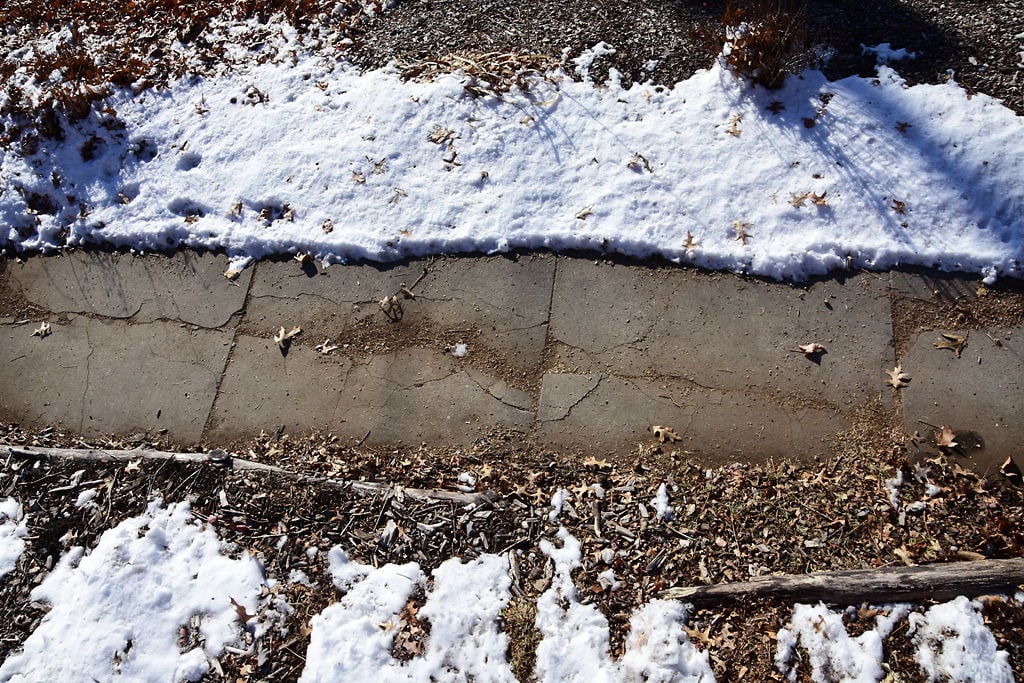 The sidewalk on West Broadway near Anderson Avenue shows deterioration. The City Council has received a report about the conditions of the sidewalk along West Broadway and is in discussion about how to pay for repairs.

Columbia resident Rebecca Bruton walks along the sidewalk on West Broadway near Anderson Avenue on Thursday morning. Bruton said the crumbling sidewalk concerns her because many children who ride scooters can hit the bumps and injure themselves.

The sidewalk on West Broadway near Anderson Avenue shows deterioration. The City Council has received a report about the conditions of the sidewalk along West Broadway and is in discussion about how to pay for repairs.

For six years, Katy McDonald used strollers on the Broadway sidewalks between Providence Road and West Boulevard, and she planned accordingly.

“When I’m using the stroller, I used to plan out when I’d switch sides depending on how good the sidewalk is, and sometimes we’d just walk over to Ash because sometimes that’s easier,” McDonald said.

McDonald lives on Broadway near Stewart Park and uses the sidewalk daily. She said although she has seen sidewalks in worse condition, the sidewalk is particularly rough on both sides of Broadway from Edgewood Avenue to Greenwood Avenue, where some parts are concave or uneven.

“As an able-bodied person, it’s not that hard to traverse, but there’s plenty of people that I see in motorized wheelchairs that do, I’m sure, have to navigate strategically to get around,” McDonald said.

The Columbia City Council heard a report on Jan. 16 that indicated the need for Broadway sidewalk repairs. City staff presented options to fund the project, but the council asked to see a potential breakdown of a 50-50 cost-share plan to pay for the sidewalk repairs instead. The estimated cost of the repairs to the Broadway sidewalks from West Boulevard to Providence Road was about $1 million.

Property owners are responsible for maintenance on sidewalks that are adjacent to their properties, according to city staff who cited a 2007 city ordinance. However, the city can fund the repairs for as much as a half block of hazardous sidewalk.

The original sidewalk condition report said the council could make the Broadway sidewalk repairs part of the city’s Capital Improvement Program as a project or add the needed repairs to the sidewalk master plan, which is being updated later in the year.

At the council meeting, Fourth Ward Councilman Ian Thomas pointed out that the sidewalk master plan is meant to be a prioritized list of new sidewalks the city plans to construct to fill existing gaps, not a list of sidewalks that need repairs.

To fund the repairs, Thomas suggested creating a cost-share program similar to the one that exists with downtown Columbia business owners.

“What I wonder is whether we can use the hammer of the ordinance to negotiate a deal with property owners along (Broadway) for a cost share, and we use our sidewalk funds from the capital improvement sales tax but maybe in a 50-50 cost share,” Thomas said.

Under a 50-50 cost-share plan, individuals who have sidewalks on their property will be asked to cover half the cost of the repairs. That cost would be tax billed to the property owners over an extended period of time to lessen the financial burden. The city would cover the other half of the repair costs.

“We’re not addressing the sidewalk repair and gap issue under our current means, so I think dipping our toe into the tax billing solution — this might be a good place to try it,” Trapp said.

The council did not make any final decisions at the Jan. 16 meeting, but they asked city staff to prepare an analysis of what a 50-50 cost-share tax billing plan would ultimately cost homeowners.

Citizens who use the sidewalks on Broadway seemed receptive to the idea.

Columbia resident Dennis Murphy, who uses the Broadway sidewalks about four times a week to go downtown to have dinner or attend art shows, said he noticed uneven cement, particularly on the north side of Broadway. Murphy said if the city wants more people to walk and not drive cars, sidewalk repairs might help.

Murphy lives on Garth Avenue so the 50-50 cost-share plan would not affect him directly, but he thought it might make Broadway property owners more receptive to the idea.

“Everybody loves a bargain,” Murphy said.

The Missouri Department of Transportation will discuss the project at a meeting at the Columbia Chamber of Commerce.