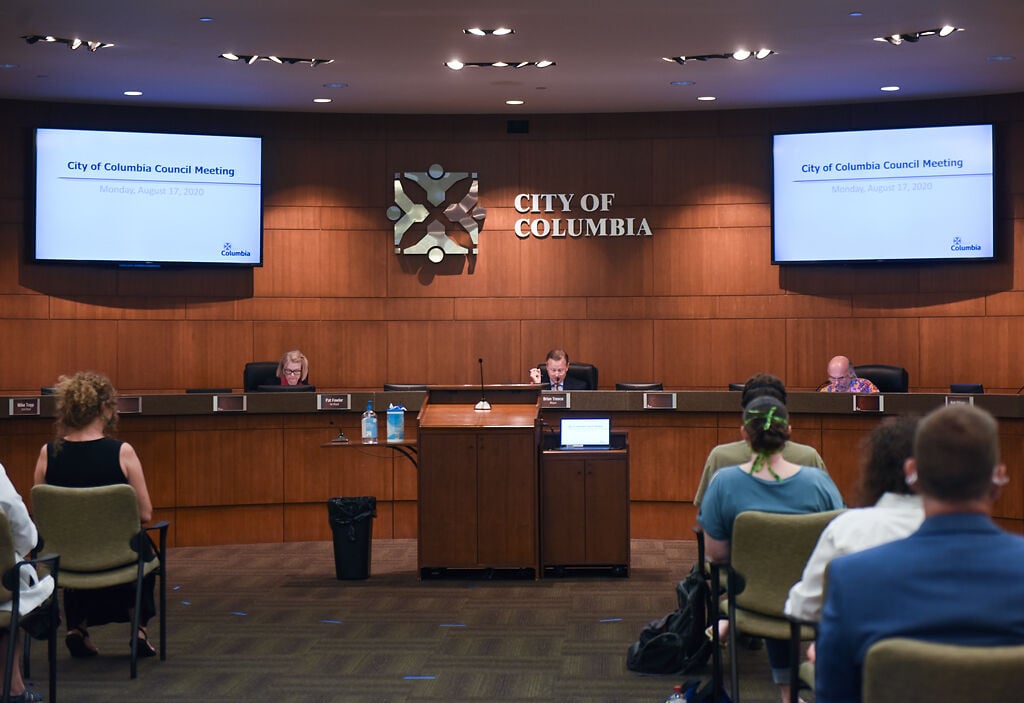 From left, Pat Fowler, Mayor Brian Treece, and Karl Skala at the start of the City Council meeting Monday in City Hall. On the agenda was the the issue of residential roll carts for refuse and recycling collection. 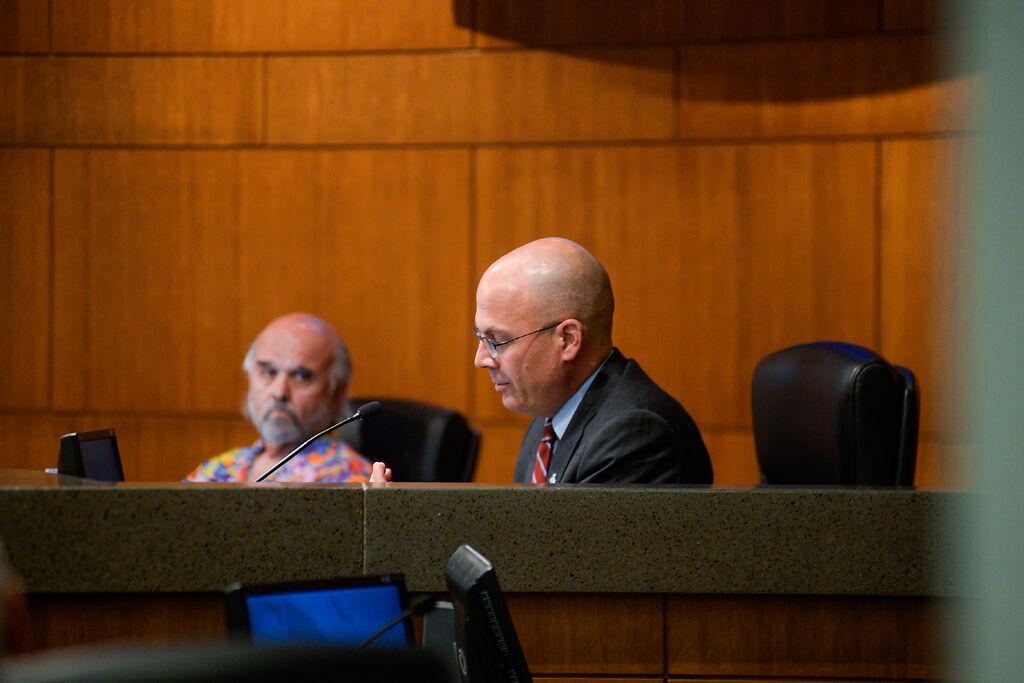 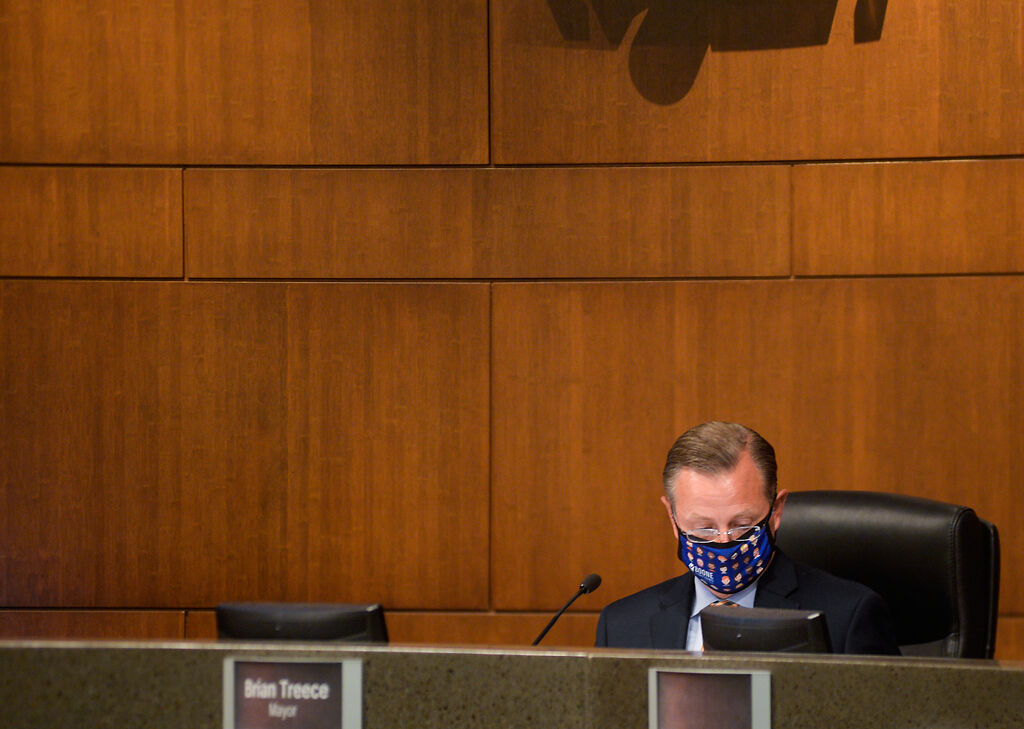 From left, Pat Fowler, Mayor Brian Treece, and Karl Skala at the start of the City Council meeting Monday in City Hall. On the agenda was the the issue of residential roll carts for refuse and recycling collection.

Columbia voters won’t get to decide in November whether to allow the city to consider switching to roll carts and automated trash and recycling collection.

The Columbia City Council, with Fourth Ward Councilman Ian Thomas absent, voted 3-3 on whether to place a measure on the Nov. 4 general election ballot asking voters to repeal ordinances prohibiting roll carts. The ordinance failed for lack of a majority.

Questions about the trash utility’s future dominated the council meeting, which also featured the first public hearing on the proposed budget for fiscal 2021.

Columbians have long debated whether to change to an automated system of trash collection involving roll carts. Instead of residents leaving trash bags at the curbside, they would leave their trash in rolling carts that a truck with an automated arm would pick up each week.

Voters in March 2016, however, approved an initiative petition banning the city from adopting such a system.

Roll carts have proved quite contentious in Columbia. Proponents of the switch believe that trash bags on the curb are ugly and worry about the safety of the solid waste employees who have to lift heavy trash and ride on the backs of trucks.

Opponents, however, say the carts are ugly and that many residents will have no place to store them.

City Utilities Director David Sorrell has estimated there would be about $12 million in up-front costs to switch to an automated system, but some of that would be offset by trading in existing trash trucks and reducing maintenance fees, worker compensation costs and payments to temporary employment agencies.

Amy Belcher, who founded a pro-roll cart group called Columbia MO Citizens for Roll Carts, said she would continue pushing for a roll cart system despite the setback. She promised the councll she would get a roll cart measure on the ballot even without the council’s approval.

“Roll this to the ballot and let people actually decide on this,” Kristin Hill, another member of Columbia MO Citizens for Roll Carts, said before the council rejected it.

Andrew Hutchinson, who works with Missouri Jobs with Justice and workers’ union LiUna, said he spoke with 21 Columbia solid waste employees and all favored a roll cart system.

Some, however, believe roll carts are eyesores that would be left at the curb 24/7. They also worry about the costs of implementing the new system.

About 54% of voters in March 16 voted to ban the council from even discussing roll carts for six months and to establish the ordinances that still prohibit their use.

Some council members and residents, however, believe public sentiment is changing.

Pitzer said the city doesn’t expose any of its employees to the same level of risk its solid waste employees face.

Trapp agreed. “We are responsible for keeping our workers safe, and we are failing at that,” he said.

Fowler voted against the ballot measure, in part because the preliminary bill from the Boone County clerk for the election was more than $200,000. Skala said the council should leave it to citizens to force another initiative petition on the matter.

A Facebook group promoting a switch to roll carts for trash and recycling collection has grown to more than 1,000 members.