Columbia has had at least four homicides, which — with two days left in the month of January — is an unusually high number of such crimes in the past two months.

The Boone County Sheriff’s Department is still investigating the death of John R. Albers, who was fatally shot Jan. 13 just outside city limits. A warrant was issued charging Garland B. Wisley Jr. Dominick Roland, 25, who was shot to death in a car this past weekend, was the second homicide victim in January.

The additional two homicides occurred in December, and all four involved guns.

Columbia has not had this many homicides in January in at least 10 years.

According to the Missouri State Highway Patrol, four homicides occurred in Columbia city limits over a 38-day period. In the same period last year, Columbia had only two homicides, according the highway patrol.

Columbia Police Lt. Paul Dickinson, who is in charge of investigations, said what is underlying the spike in homicides is “pretty self-explanatory on social media,” where it is apparent that groups in Columbia are feuding with each other.

He said he couldn’t characterize what is happening as gang violence, though, which has to meet a very specific set of conditions.

In 2017, there were nine reported homicides in Columbia, and 10 were reported in 2018, according to Highway Patrol data. 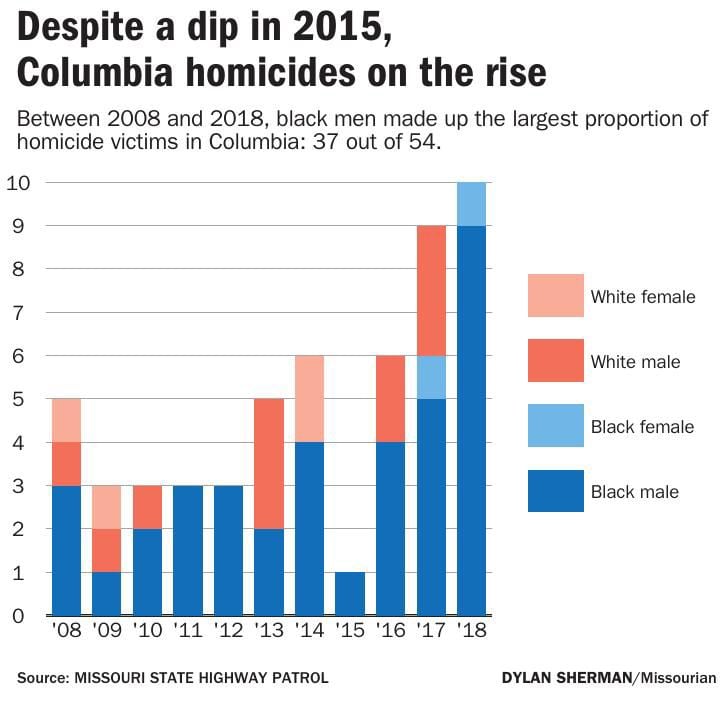 Dominick Roland, 25, was pronounced dead at the hospital.