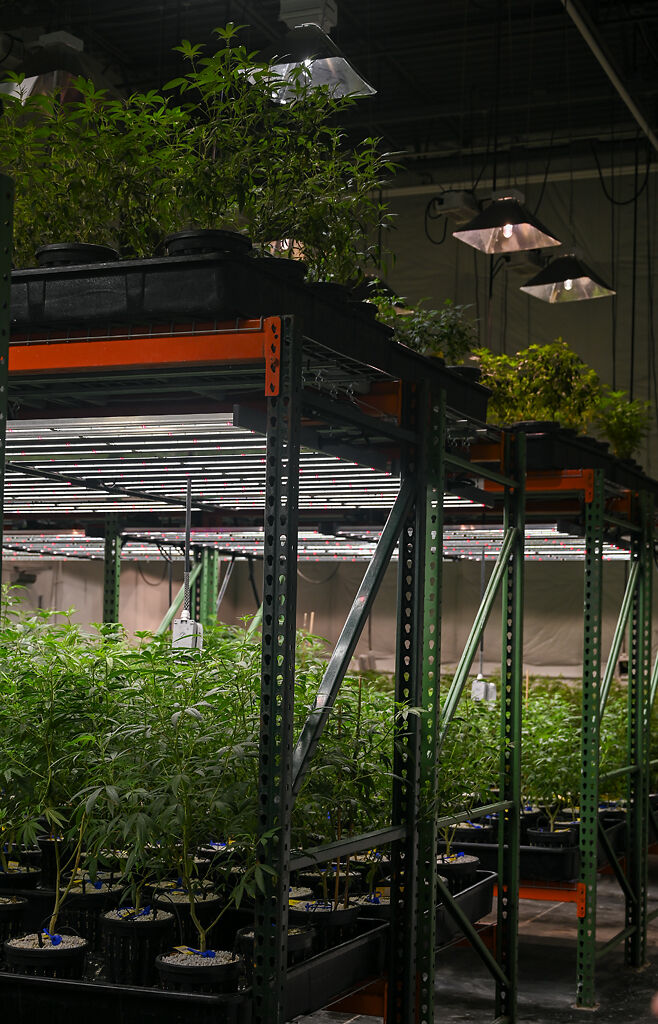 The vegetative room of BeLeaf is pictured Friday in Earth City. Missouri approved BeLeaf as the first medical cannabis cultivator in the state. 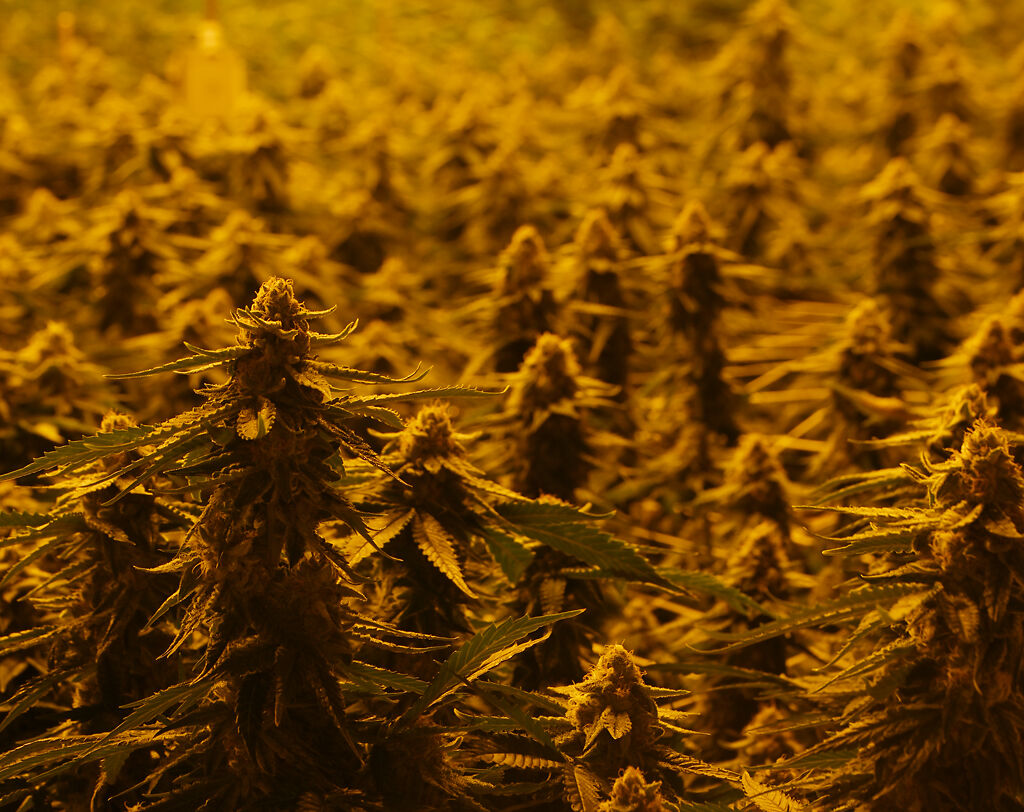 Marijuana plants grow in the flowering room of BeLeaf Medical on Friday in Earth City, Missouri. The company is now the largest in the state with licenses to give it control of all aspects of cannabis production. 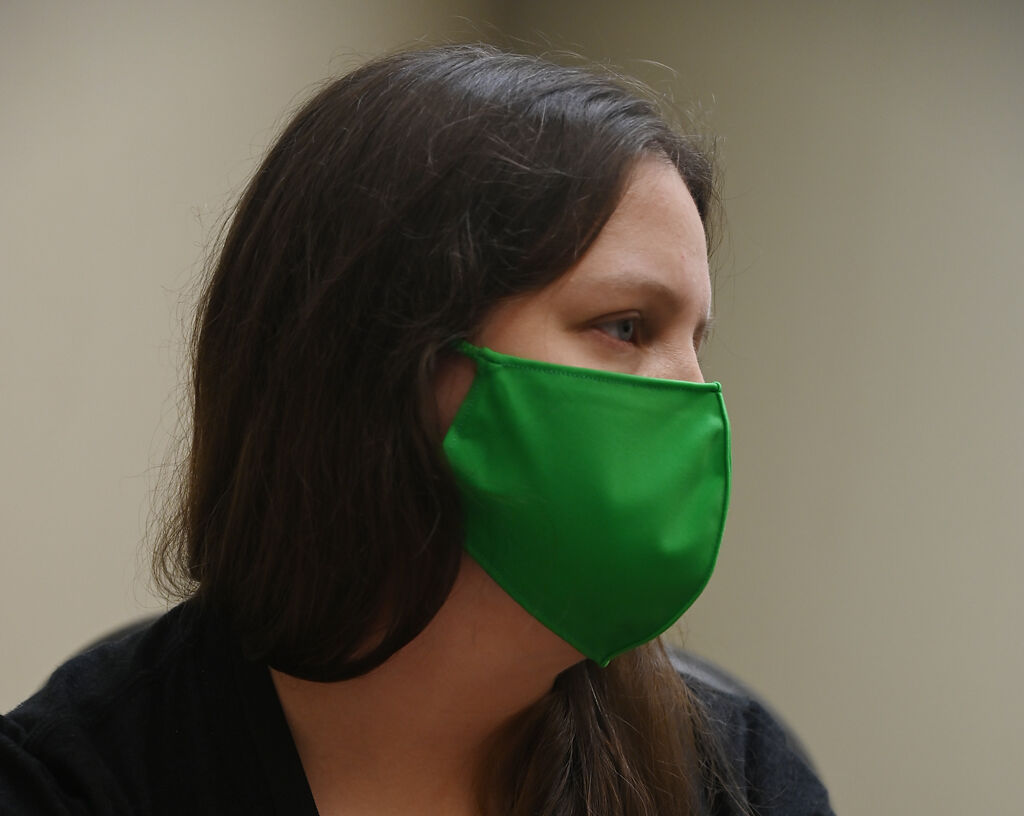 Beleaf Chief Science Officer Dr. Stephanie Cernicek speaks Friday in Earth City. Cernicek started working for Beleaf in 2016 while getting her doctorate at the University of Missouri-St. Louis. 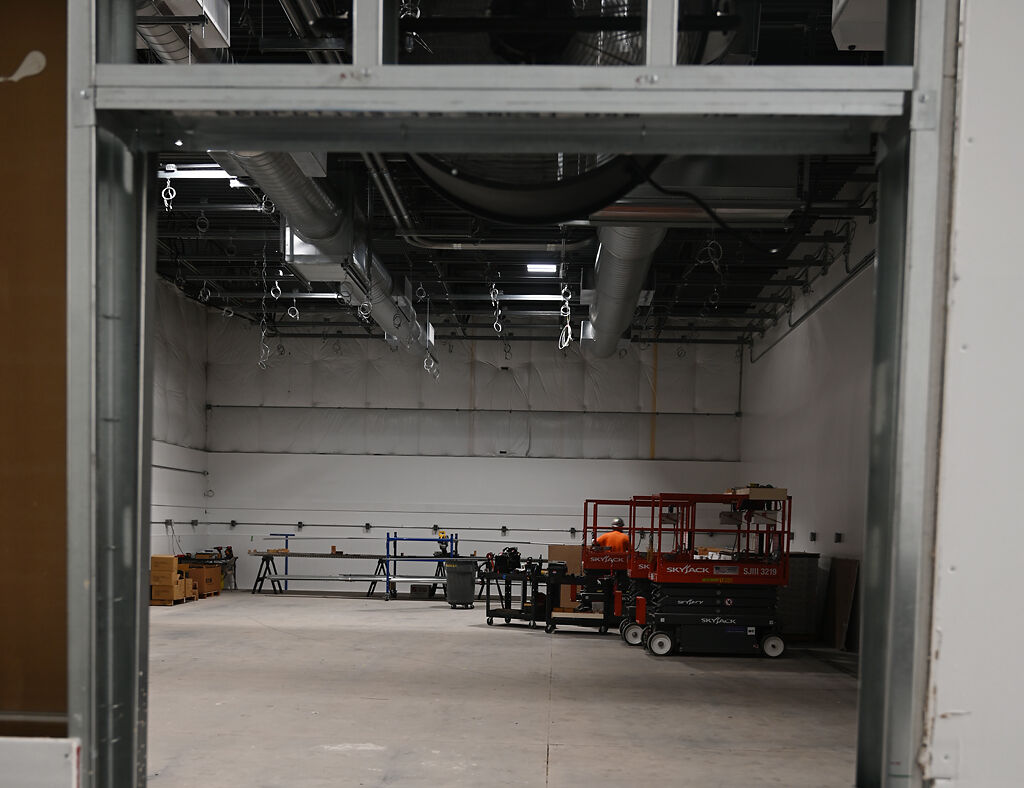 Construction continues for Phytos on Friday at the BeLeaf facility in Earth City. Phytos is the manufacturing wing for BeLeaf; it will package and deliver products such as gummies to BeLeaf dispensaries. 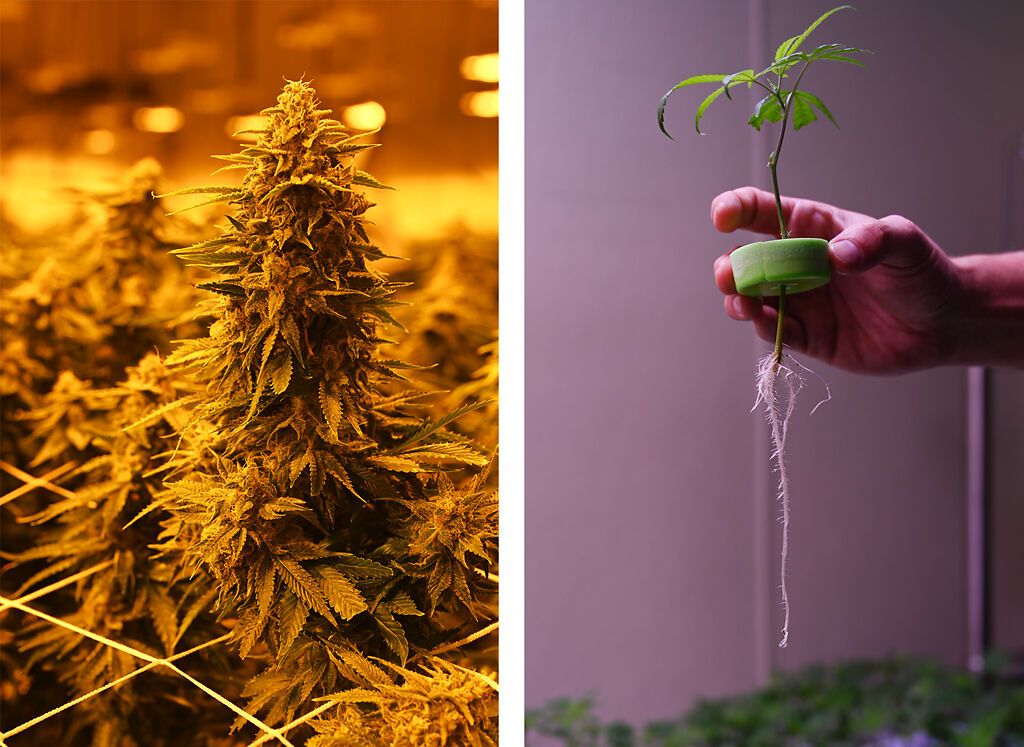 Cannabis plants are pictured Friday in Earth City. After establishing which plants produce the best flowers, growers use cuttings to breed consistent outcomes. BeLeaf starts its cuttings on an aeroponic watering system before transferring them to a potted medium to finish blossoming. 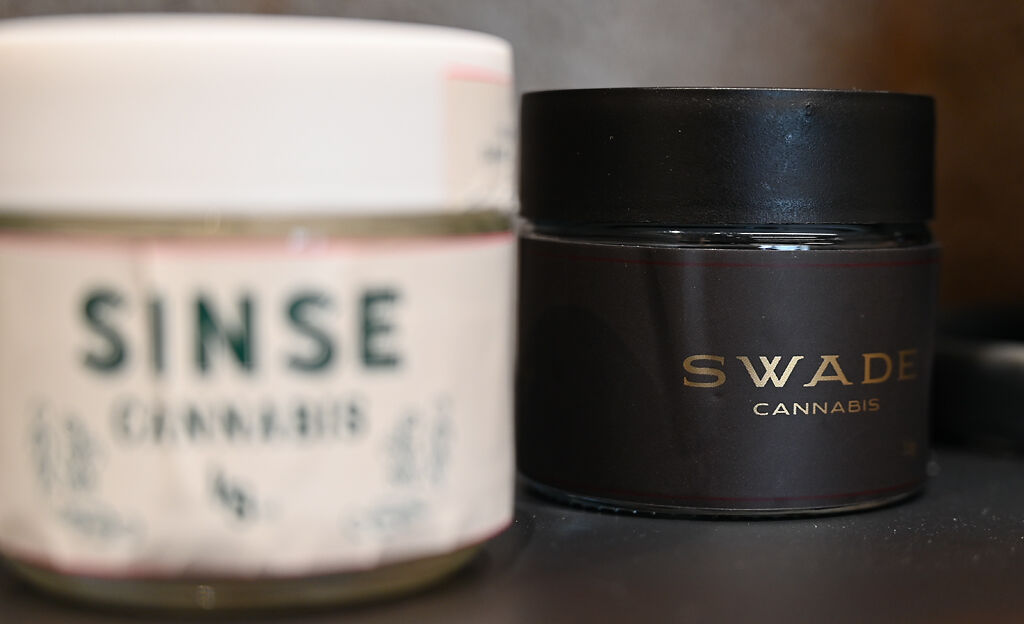 Two BeLeaf product packages sit on a shelf Friday in St. Peters. Sinse is the company’s marijuana cultivation brand, and Swade is its dispensing brand.

With medical marijuana expected to be available in a few weeks, a cultivation facility near St. Louis has geared up for a cannabis harvest that will supply a good portion of the crop.

Situated 26 miles west of St. Louis, Earth City-based BeLeaf Medical is nearing the end of a growing cycle that will likely put the first harvested cannabis in the hands of patient cardholders.

Missouri voted to legalize medical marijuana almost two years ago, and 69,829 patients have since been authorized to purchase and consume it. At the BeLeaf facility, where thousands of plants have been in production since early June, the flowers are almost ready to harvest.

BeLeaf Medical was the first approved medical cannabis cultivator in Missouri. Only two other licensees in the state have passed inspections to start growing marijuana — Archimedes Medical Holdings in Perryville and Feelz Good Green Products in Carrollton, according to the Department of Health and Senior Services.

BeLeaf started in 2016 as a nonprofit organization under two St. Louis owners, Mitch Meyers and John Curtis. Meyers is a marketing specialist who introduced the world to Bud Light, and Curtis is a former radio journalist who once co-owned cultivation facilities and dispensaries in Colorado.

Ultimately, BeLeaf became one of a few companies in Missouri to gain a license to cultivate the type of hemp that produces CBD, a chemical compound derived from the marijuana plant that can be used for medicinal purposes.

The company now holds licenses that allow it to control all aspects of cannabis production, from planting to dispensing. It has since branded Sinse for marijuana cultivation, Phytos for manufacturing and Swade for dispensing.

The company follows the plant from “seed to sale,” said Dr. Stephanie Cernicek, chief science officer for BeLeaf. “Our focus is to provide the best possible products to patients as we can.”

BeLeaf’s Earth City facility is a sprawling labyrinth of corridors and rooms, where plants are carefully nurtured to develop marketable marijuana. Looking like a marriage between an office building and a garden nursery, the facility contains two of the three brands under the BeLeaf Medical umbrella, Sinse and Phytos.

After passing through security and a guard who unlocks the entrance, a long hallway leads to three rooms where a cannabis plant goes through stages of cultivation — a nursery, a vegetative room and a flowering room. It takes about 90 days for a plant to mature.

The nursery is a small room filled with cannabis stems in individual pods. Rather than growing cannabis from seed, growers typically skip that step and take cuttings from strong mother plants to reproduce successful genetic traits.

During the growing process, BeLeaf uses an aeroponic water system to root the cuttings. Once the roots have taken hold, they are planted in a growing medium, and voila — another cannabis plant.

With hundreds of plants, the vegetative room holds stacks of bunk-bed-like shelving units. The cannabis plants here vary in size but average about knee height at this point.

“These guys are like our teenagers,” said Principal Cultivator Aaron Abrantes. “They’re not quite ready but getting there.”

“This is to mimic spring for the plants,” Abrantes said.

“Once the plants have reached a certain level of maturity, they eventually move here for harvesting,” Abrantes said.

In one corner of the room, workers prune leaves on non-flowering stems to reduce the plants to their essential buds.

“We do this so more air and light can get through to the flowers, and the plant can focus all its energy on the flower,” Abrantes said.

A second flowering room under construction looks almost like a spaceship. It will be equipped with state-of-the-art heating, ventilation and air-conditioning systems, LED lights and moveable shelves to optimize space.

The upcoming harvest, expected within days, will preserve the flowers to be packaged for sale to cardholders in BeLeaf dispensaries.

The company is now in the process of constructing its manufacturing wing, Phytos, which will ultimately deliver products such as vape cartridges and gummies.

“We may not see manufactured product in September, but, certainly, we may begin to see the flowering product available at dispensaries,” said Lyndall Fraker, director of the state Health Department’s medical marijuana program. He was unable to predict when the product would be available in the Columbia market.

Looking to the future, BeLeaf has its sights set on the possibility that Missouri may eventually allow legal recreational marijuana. When that happens, the company intends to be prepared with enough room and expertise to meet the demand.

“We’re aware that, at some point, we’re going to be a recreational state, whether that happens at the state level or the federal level,” Cernicek said.

“We do think that’s going to happen at some point, so right now, our focus is on patients in the medical aspects, but we do plan on transitioning into more of an adult-use market.”

Gov. Parson concluded his bill signing for 2020 Tuesday but vetoed a bill that would have modified special taxing districts.