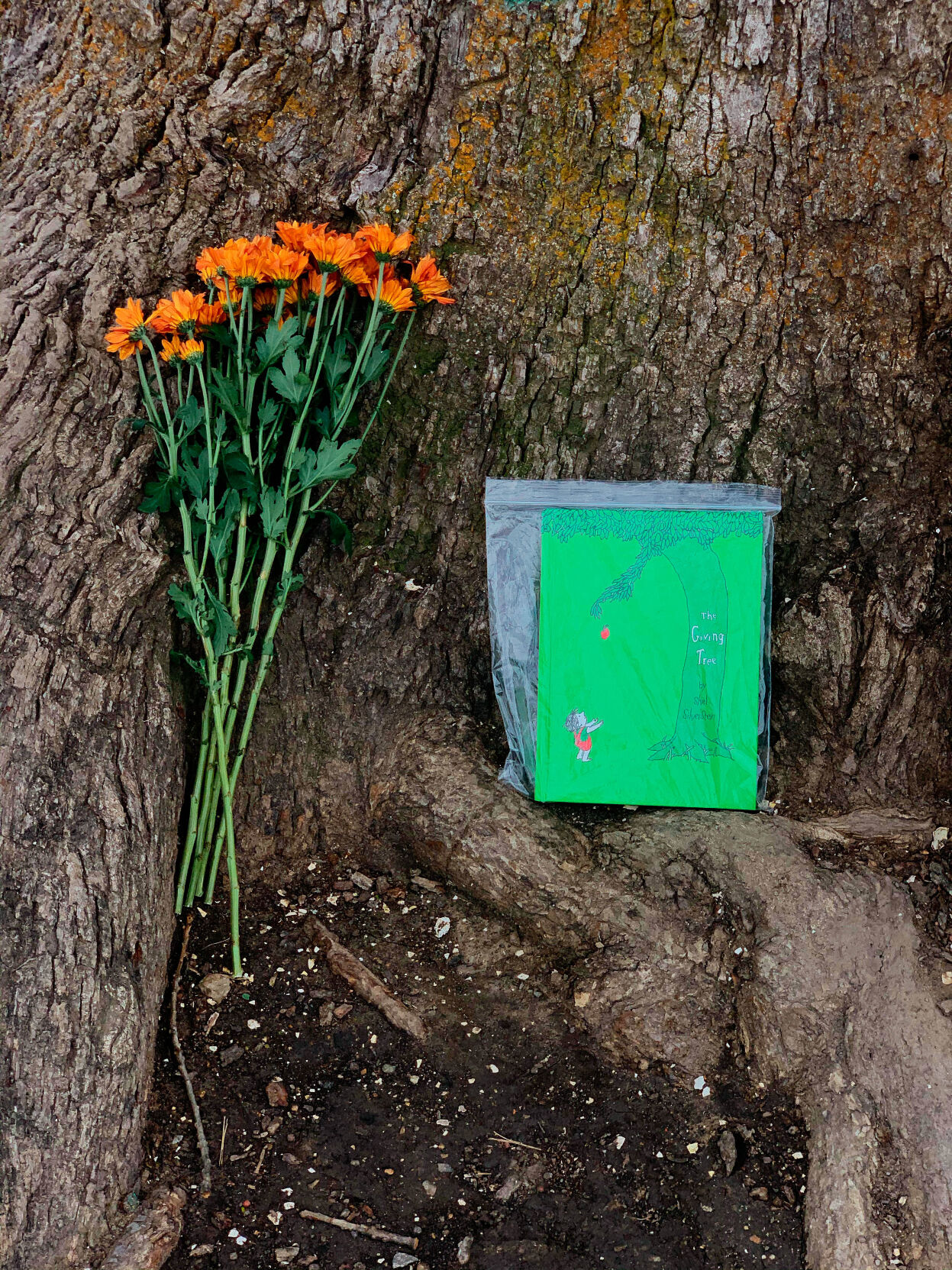 A bundle of flowers and a copy of Shel Silverstein’s “The Giving Tree” lie at the base of the bur oak tree Sunday in McBaine. The tree, known as “big tree,” caught fire Friday after being struck by lightning during a thunderstorm. 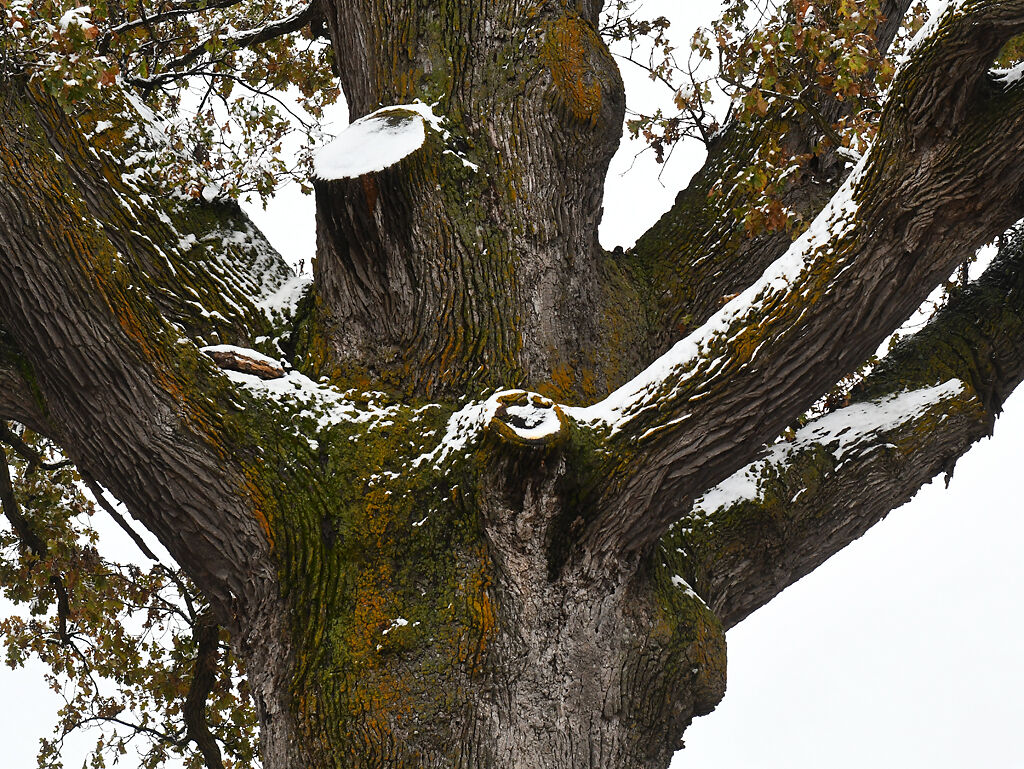 Snow on the branches of the McBaine bur oak build up Monday in McBaine, Missouri. The snow started in McBaine and Columbia in the early hours of the morning, shifting into rain later in the day. 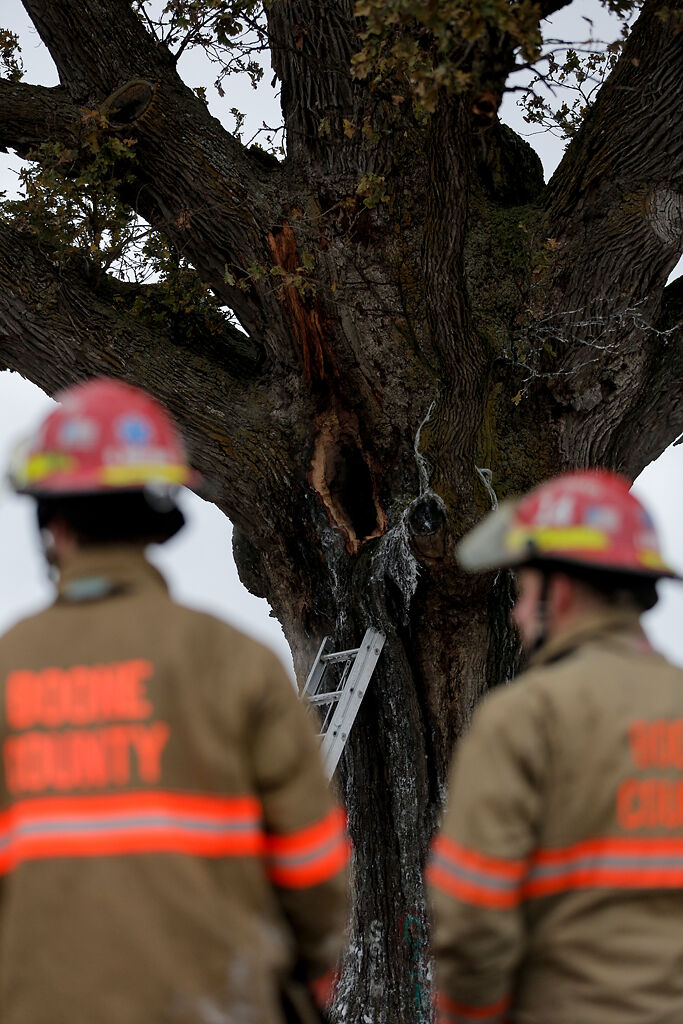 Two Boone County firefighters wait as sawyers examine the tree to see if there are any stability issues after it was struck by lightning Friday morning. Cody Spencer was the first person to call 911 after the tree was struck. "I was in shock, I didn't know whether to cry, you know," Spencer said. 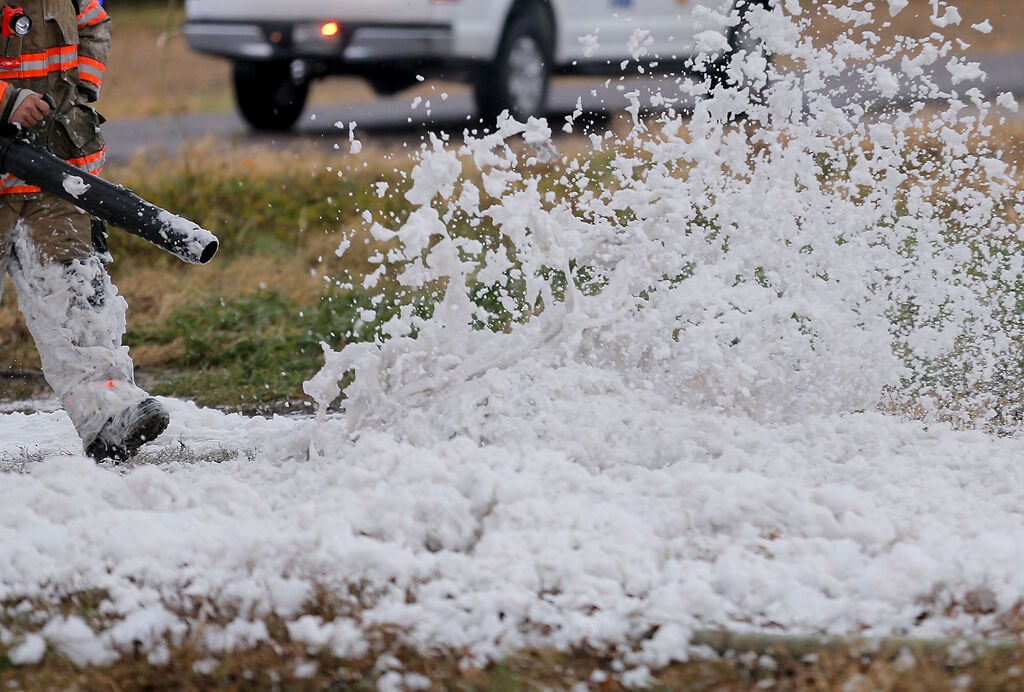 A firefighter from the Boone County Fire District blows foam away from the big bur oak Friday as the crew winds down efforts to contain a hot spot after the tree was struck by lightning and caught fire. Battalion Chief Chuck Doss said there was always a chance it could relight and crews would be back to check on the tree throughout the afternoon.

Five days after Boone County’s beloved, historic bur oak tree was struck by lightning, the extent of the damage and whether the tree will survive remains to be seen.

Lightning struck the north side of the tree and splintered it Friday, according to previous Missourian reporting. Boone County Fire Protection District firefighters worked most of the morning to put out the fire, cutting holes into the center of the tree to reach the burning core — a standard procedure when trees are struck by lightning.

Experts have already begun weighing in on what the tree’s chances are.

Ann Koenig, an urban forester with the Missouri Department of Conservation, said it all comes down to the tree’s cambium: the main growth tissue of the tree located just beneath the bark.

“If the tree got so hot that internally it damaged that cambium, that’s going to be difficult for it,” Koenig said.

Still, the cambium is only half of the story, city arborist Steve Fritz warned. Inspectors will also be looking at the heartwood, or the decay-resistant central wood of the tree, to see how much damage the lightning strike and resulting fire did to it.

The strength of the heartwood is a major concern because it provides most of the tree’s structural integrity. If it is too severely damaged, then the tree will be far more prone to being knocked over, making it a potential safety risk.

This is an even bigger concern when dealing with a tree like the bur oak, which is estimated to be 350 to 400 years old.

If it does survive, the full impact of the lightning strike and fire on the tree’s health will only be known in the spring.

Lightning reportedly struck the north side of the bur oak tree Friday morning, splintering it and causing it to catch fire.