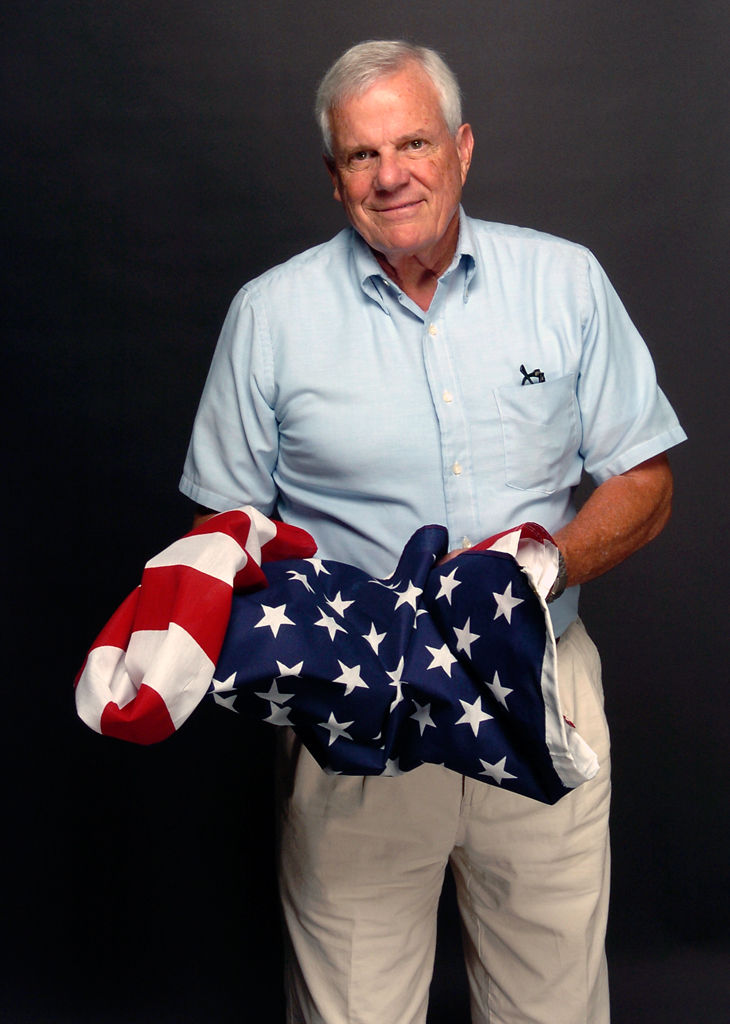 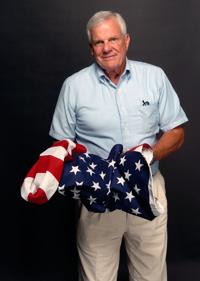 Former Columbia Daily Tribune publisher Henry J. "Hank" Waters III poses for a portrait in 2005, when he participated in a Columbia Missourian feature on First Amendment rights. Waters died Thursday at the age of 90. 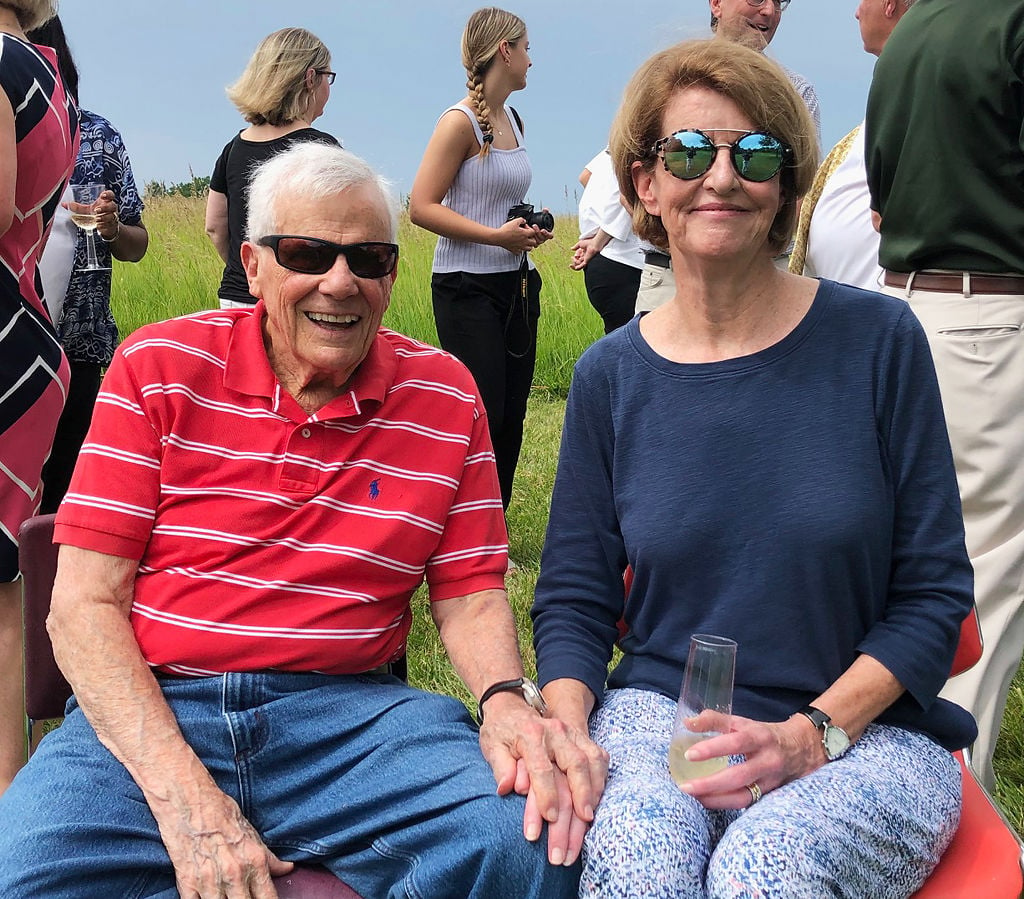 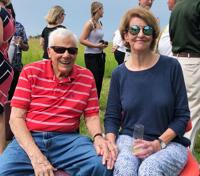 Hank Waters and Vicki Russell join with friends in celebrating their donation of 207 acres of land for the use of a new nature school in July 2019. Waters died Thursday at 90. 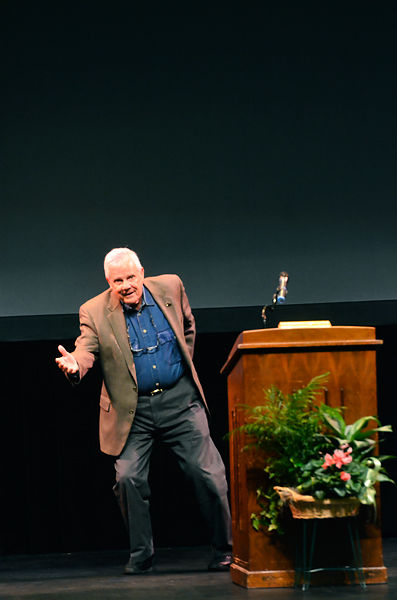 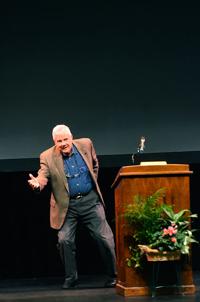 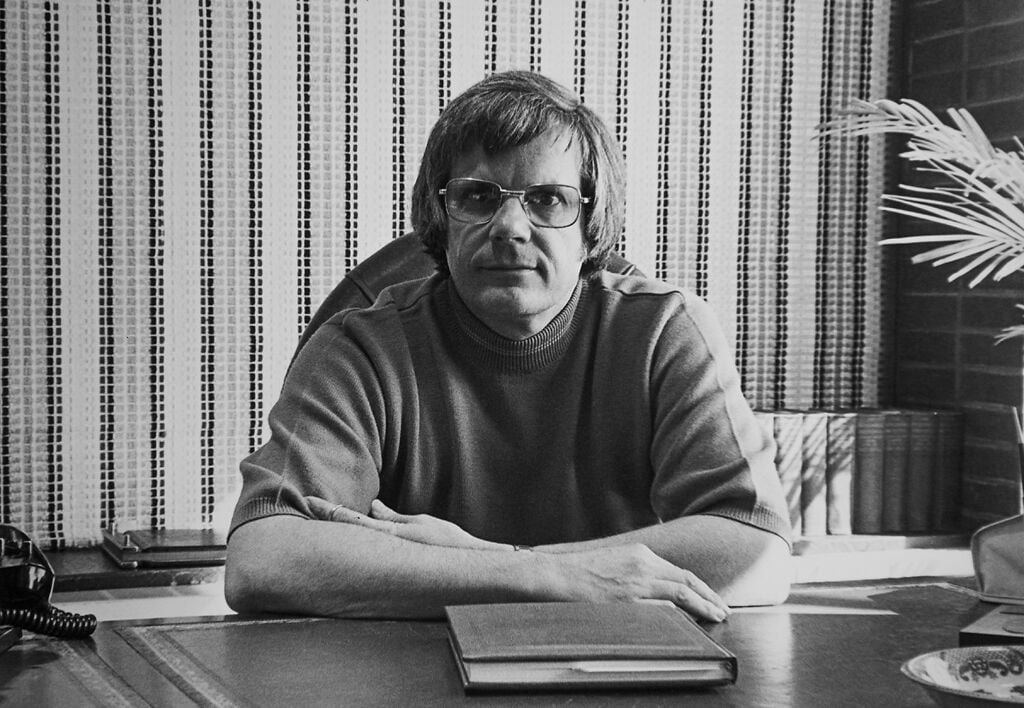 Hank Waters poses for a portrait in 1977.

Former Columbia Daily Tribune publisher Henry J. "Hank" Waters III poses for a portrait in 2005, when he participated in a Columbia Missourian feature on First Amendment rights. Waters died Thursday at the age of 90.

Hank Waters and Vicki Russell join with friends in celebrating their donation of 207 acres of land for the use of a new nature school in July 2019. Waters died Thursday at 90.

Hank Waters poses for a portrait in 1977.

A member of both the Boone County Historical Society Hall of Fame and the Missouri Press Association Newspaper Hall of Fame, Waters became publisher of his family-owned newspaper in 1966 and wrote daily editorials for more than 50 years.

That amounts to more than 18,000 opinion pieces, “a feat so rare, it’s not known to have ever been done before in modern American newspaper publishing,” a biography of Waters on the historical society’s website says.

Waters started as a delivery boy for the Tribune in the 1940s. He would become a cornerstone of Columbia, leading the Tribune to growth and awards and participating in a number of local philanthropies and organizations.

“He was a very conscientious public servant,” said Vicki Russell, Waters’ wife and also a former Tribune publisher. “He was my husband, but he belonged to the community. He was a community treasure.”

Waters’ son Andy Waters said his father “helped launch the careers of dozens of great journalists, and he loved that. He was quite a guy. We won’t see the likes of him again.”

Waters, who signed his editorials “HJWIII,” was a man with strong opinions, Russell said, but he always respected others’ thoughts. He used those opinions and the pages of the Tribune to opine and advocate for numerous causes and issues.

Russell recalled one that Waters remembered fondly – Columbia’s push to institute a fair housing ordinance before the Fair Housing Act passed nationally. Waters wrote a series of editorials – 20-something, Russell said – advocating for the ordinance in the days leading up to the vote.

“Columbia, at that time, had very differing opinions on that topic,” Russell said. “He worked very hard to educate the community on why it was important.”

In the end, the measure just barely failed, but Russell believed the Tribune’s coverage and advocacy helped push the conversation and community forward.

Waters also was known for endorsing political candidates in his editorials, based on interviews he conducted as “an editorial board of one,” he said as a speaker at a 2014 Down-home Democracy workshop at the Reynolds Journalism Institute.

“What more important service can a local newspaper do than try to discuss the candidates for office and what they stand for?” he said.

Waters was awarded a Missouri Honor Medal for Distinguished Service in Journalism in 1980. He became publisher emeritus of the Tribune in 2012.

The Tribune was family owned for more than a century prior to its being sold to GateHouse Media in 2016. Waters continued writing editorials for the Tribune but dialed back from writing every day.

Waters — along with his wife, children and grandchildren – published a newspaper that prioritized “serving its community,” Andy Waters said. Hank never pressured any of them to come join the newspaper, but they did anyway.

Andy Waters worked at the Tribune for more than 20 years and ascended to the role of president and general manager of Tribune Publishing Co. in 2010, when he and his sister, Elizabeth Reifert, bought out four other family members.

“The whole reason I came back to work there was to work with him,” he said. “I cherish those moments that I had there with him, there were so many of them. He was there in the corner office the whole time.”

Family businesses bring unique challenges and tough conversations, but both Waters’ wife and son said it didn’t get in the way of their mission or relationships.

“The part that made it all easy was that we were best friends,” Russell said. “We were both passionate about what we were doing. Our process was to talk things out until we found a good resolution.”

Waters was a part of countless community organizations and philanthropies. He served in leadership roles with the Columbia Boys and Girls Clubs, Reality House, Stephens College, the State Historical Society of Missouri and the Arrow Rock Lyceum Theatre, among many others, Russell said.

“He was deeply involved in civic life in so many different ways,” Andy Waters said. “He was on dozens of boards, task forces, committees throughout his life. He was the perfect board member because he could always keep a group focused. He could always see so clearly and so logically.”

While studying at MU, Waters began selling advertisements for the Tribune at age 18. After his promotion to editor and publisher of the paper, he began writing his editorials and mentoring other reporters and editors.

Mike Jenner, chair of the Journalism Professions faculty at the Missouri School of Journalism, worked for Waters as an editor in the 1970s and ’80s.

“He had the best qualities of a local newspaper publisher,” Jenner said. “He was devoted to his community, to quality local journalism and democracy, and he was willing to invest more resources in his newsroom than the average publisher.

“He understood the leadership role a quality local newspaper needs to play in the life of a healthy community.”

“Missouri will miss Hank Waters. He had a great appreciation for and understanding of our state,” Blunt said. “From our first meeting four decades ago to our last decade working together on the board of the State Historical Society of Missouri, Hank always made any conversation more interesting. He had a disproportional impact running a family newspaper that other editors paid attention to. In my political efforts, Hank endorsed me at least two-thirds of the time but was my friend 100% of the time.”

Former Tribune publisher, Hank Waters, is remembered for his influence on the Columbia community.