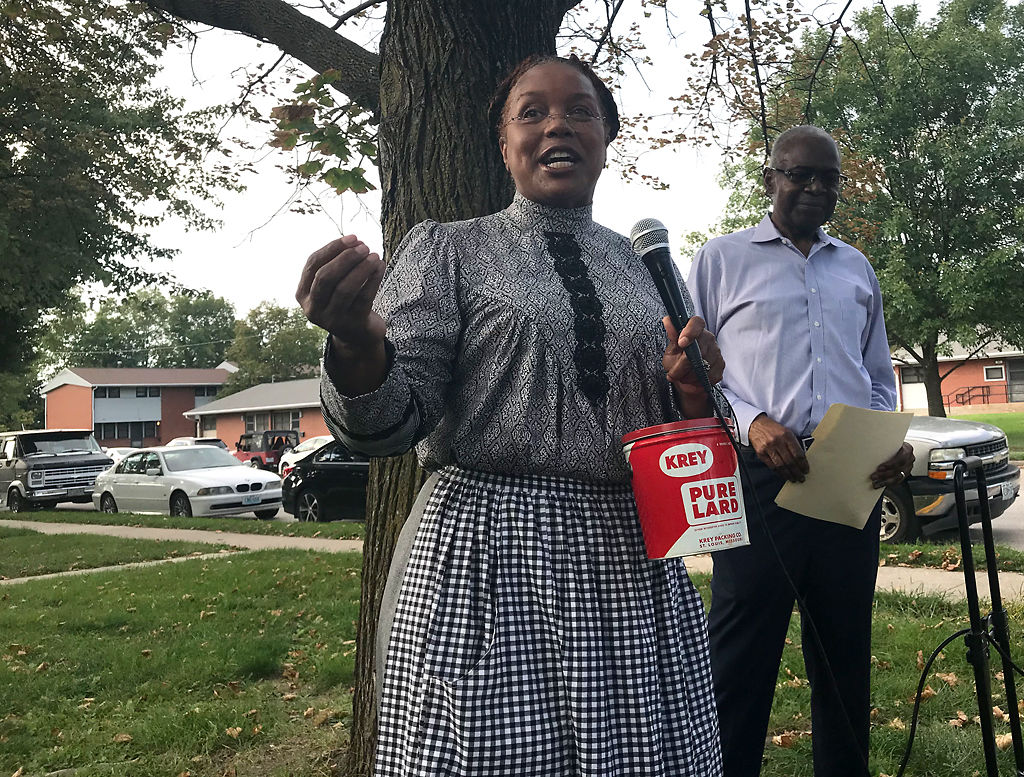 Verna Laboy addresses a crowd at the dedication of the Annie Fisher house marker Tuesday at the corner of Seventh Street and Park Avenue. Laboy has been re-enacting Fisher for more than 25 years in an attempt to keep her memory alive in Columbia. 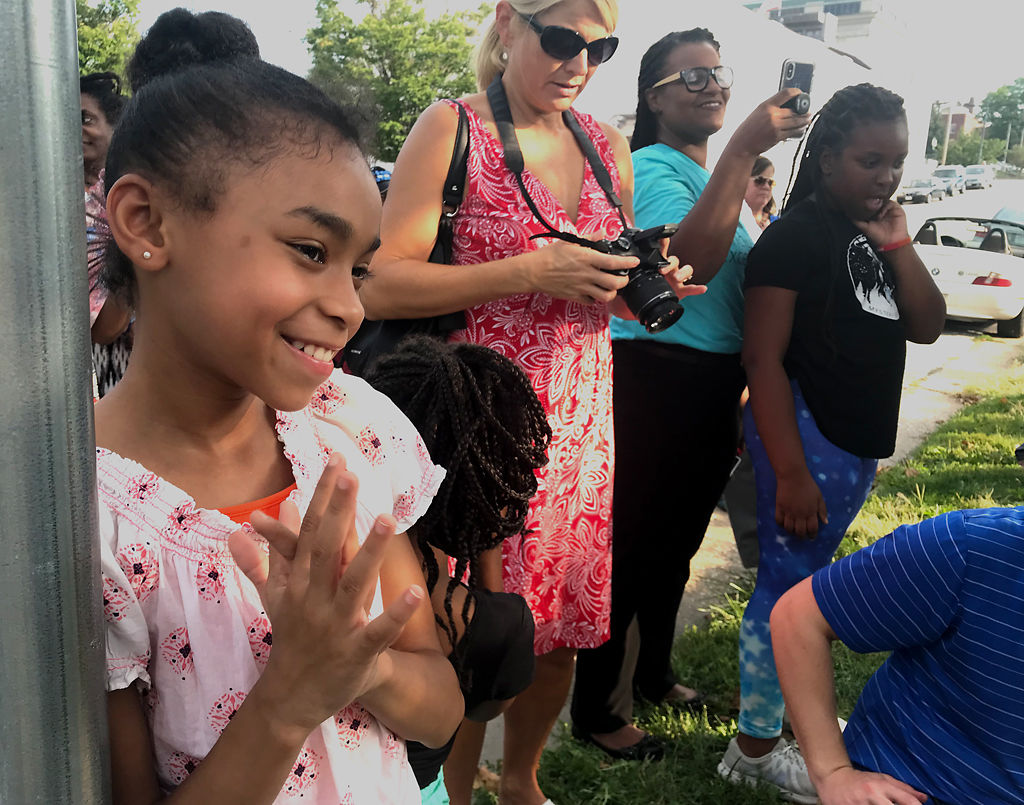 Arilya Rucker, 9, claps as the Sharp End Heritage Committee cuts the ribbon at the Annie Fisher house marker on Tuesday at the corner of Seventh Street and Park Avenue.

Verna Laboy addresses a crowd at the dedication of the Annie Fisher house marker Tuesday at the corner of Seventh Street and Park Avenue. Laboy has been re-enacting Fisher for more than 25 years in an attempt to keep her memory alive in Columbia.

Arilya Rucker, 9, claps as the Sharp End Heritage Committee cuts the ribbon at the Annie Fisher house marker on Tuesday at the corner of Seventh Street and Park Avenue.

Verna Laboy has been re-enacting Annie Fisher for the past 25 years to keep her presence alive in Columbia history.

After a ceremony Tuesday, Fisher’s home on the corner of Seventh Street and Park Avenue will be permanently remembered.

“Annie belongs to all of us,” Laboy said. “And it’s a story, a true story, a story that we own of resilience and being able to overcome against the odds.”

The Sharp End Heritage Committee dedicated two markers along the African American Heritage Trail on Tuesday. Along with Fisher’s marker, another was dedicated at the entrance to Douglass Park to commemorate the Douglass Pool and the original Russell Chapel.

These are the fourth and fifth markers the committee plans to dedicate over the next year — with 12 to 14 more in the works — in an attempt to remember African-American history in Columbia.

Addressing a crowd of more than 30 people, First Ward City Councilman Clyde Ruffin said standing in Douglass Park reminded him of the bulldozers that removed the monuments and testimonies of African-American “achievement and light and love and liberty and challenges and what the previous generations had to overcome as they battled discrimination and segregation and all of the other things that came to keep them limited and confined.”

“For a generation, our history was hidden,” Ruffin said. “Our secrets were not told. But because of the African American Heritage Trail, the city of Columbia has set itself apart from many other cities, large and small.”

Now, Ruffin said, African-American history in Columbia is no longer hidden and the voices are no longer silenced.

During his speech, Mayor Brian Treece referred to himself as “someone who tries to live his public life in the old adage that, ‘Those who fail to remember our history are condemned to repeat it.’” Then he mentioned a 1935 city plan document referencing a “need to keep the negro population separate from the white population to avoid it from scattering in other parts of town.”

Treece said the document claimed the best way to avoid the “scattering” was to provide separate forms of education to the black and white students, such as Douglass High School, and a separate form of recreation adjacent to the high school, so the city could utilize a “better method of procedure for containing them.”

“This was not that long ago,” Treece said. “And that’s why this marker program is so important, to remind people of where we have come, but also to remind decision-makers like myself the importance of diversity.”

Fisher was born and raised in Columbia at the turn of the 20th century to parents who were enslaved, Ruffin said. She grew famous for her cooking after opening a restaurant, the Wayside Inn, which eventually grew so large it had more than 1,000 place mats.

Fisher has been regarded as one of the most successful entrepreneurs of her time, according to previous Vox reporting. The Vox story cited a Springfield News article that estimated Fisher’s fortune at $100,000 — an amount that would have made her a millionaire in the early 1900s.

Treece called Fisher “one of those unsung heroes that you see in movies, of talented African-American women that get left behind because nobody tells their story.”

Now with the marker, Fisher’s will be embedded in Columbia’s history.

“One of the things we also must acknowledge is that she was one of 11 children, born to parents who were enslaved right here, and that somehow Annie Fisher was able to move forward,” Ruffin said. “She was not bound by the pain of her past or the legacy of slavery. She wasn’t limited by her fears of what the future would hold. She was able to do extraordinary things, rather than see herself through the lens of the society in which she found herself at the turn of the century right here in Columbia.”

Ruffin said he hoped that by establishing the marker, future generations of the city’s children will believe there is no wall that separates them from their dreams and that they will be able to do “even greater things than Annie Fisher.”

Current historical markers are located at or near:

Eight of the 21 total markers are already in place, and four more are ready to be installed.

Home with historic past threatened with demolition

COLUMBIA — In her time, Annie Fisher was a household name among the Columbia elite.