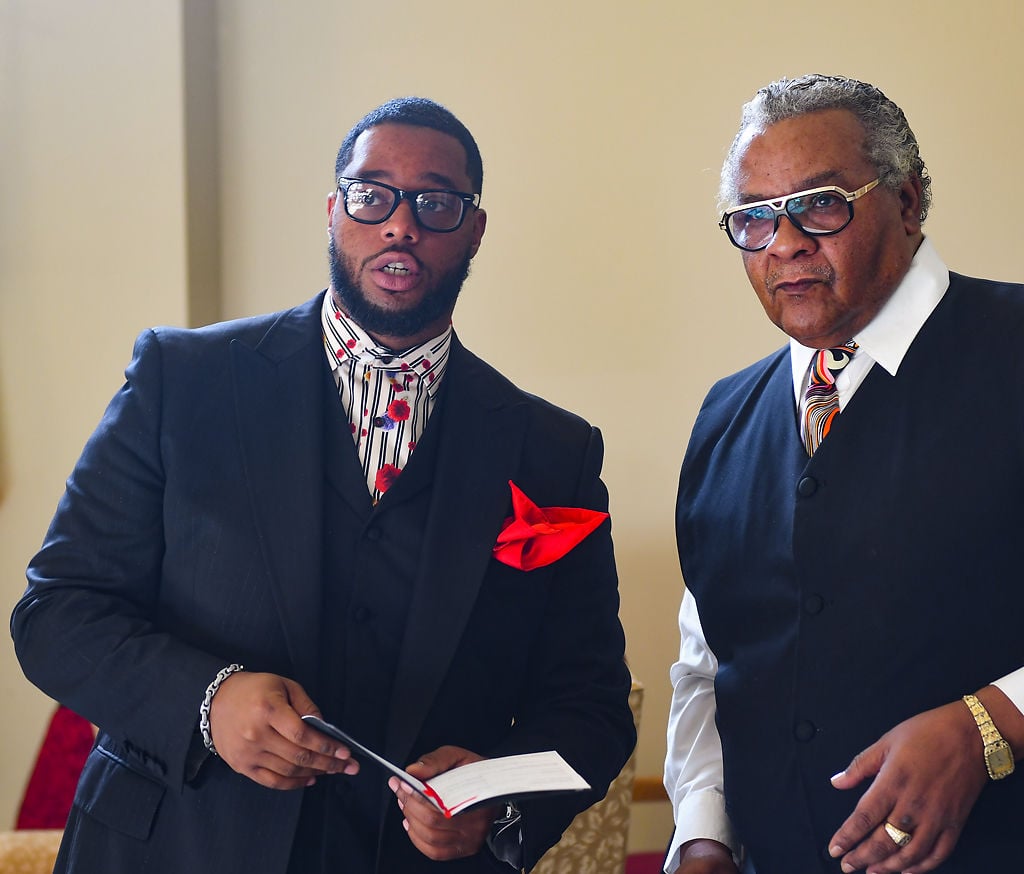 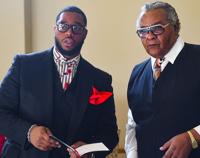 Pastor Jermareian Gillette and Reverend James Patterson look out to the church as people arrive Sunday at Friendship Missionary Baptist Church. Patterson led Sunday school earlier in the morning and assisted Gillette as he prepared for the 10:30 a.m. service. 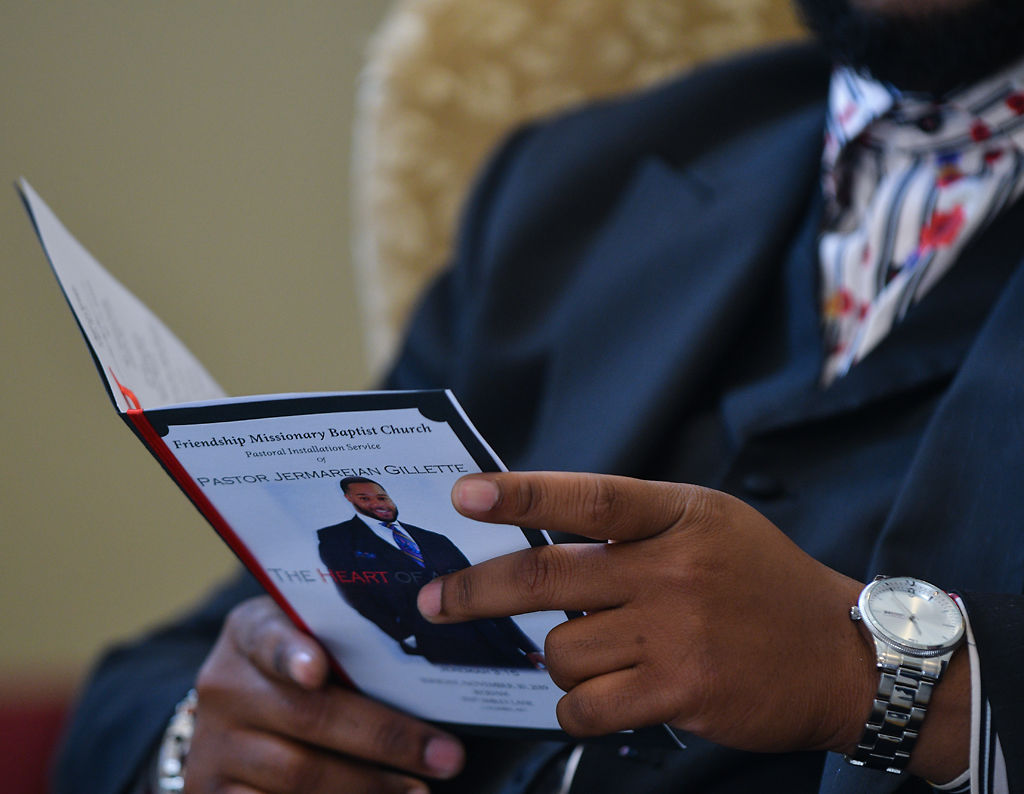 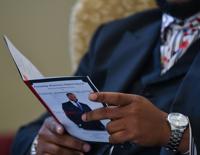 Pastor Jermareian Gillette reviews the program for the service Sunday at Friendship Missionary Baptist Church. This was Gillette's pastoral installation service, although he has been leading services since October. 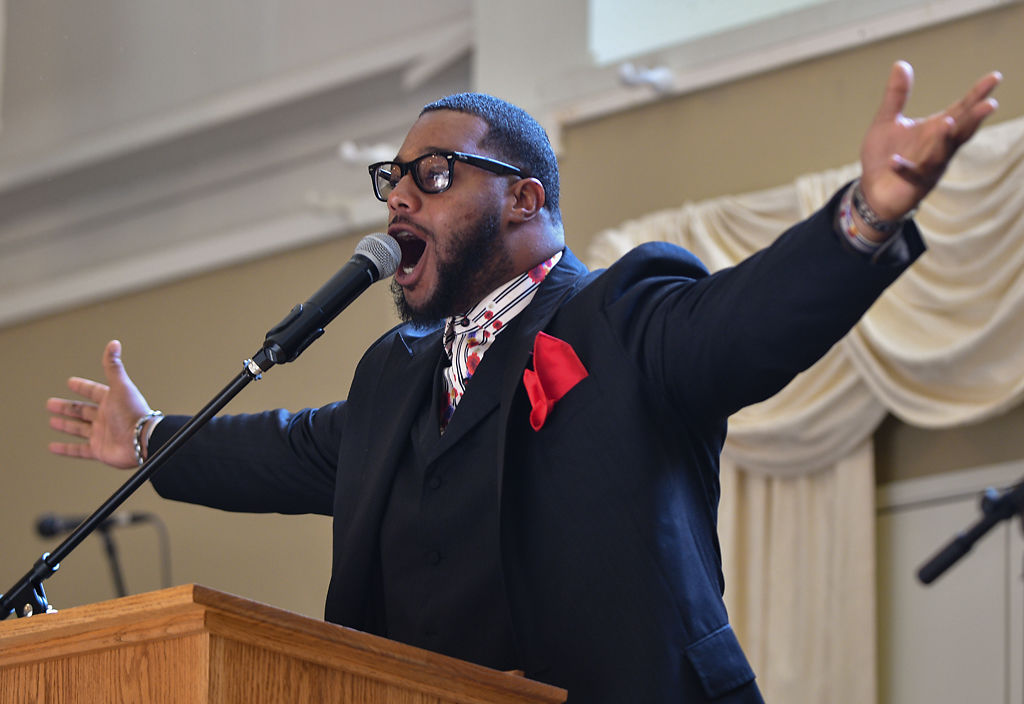 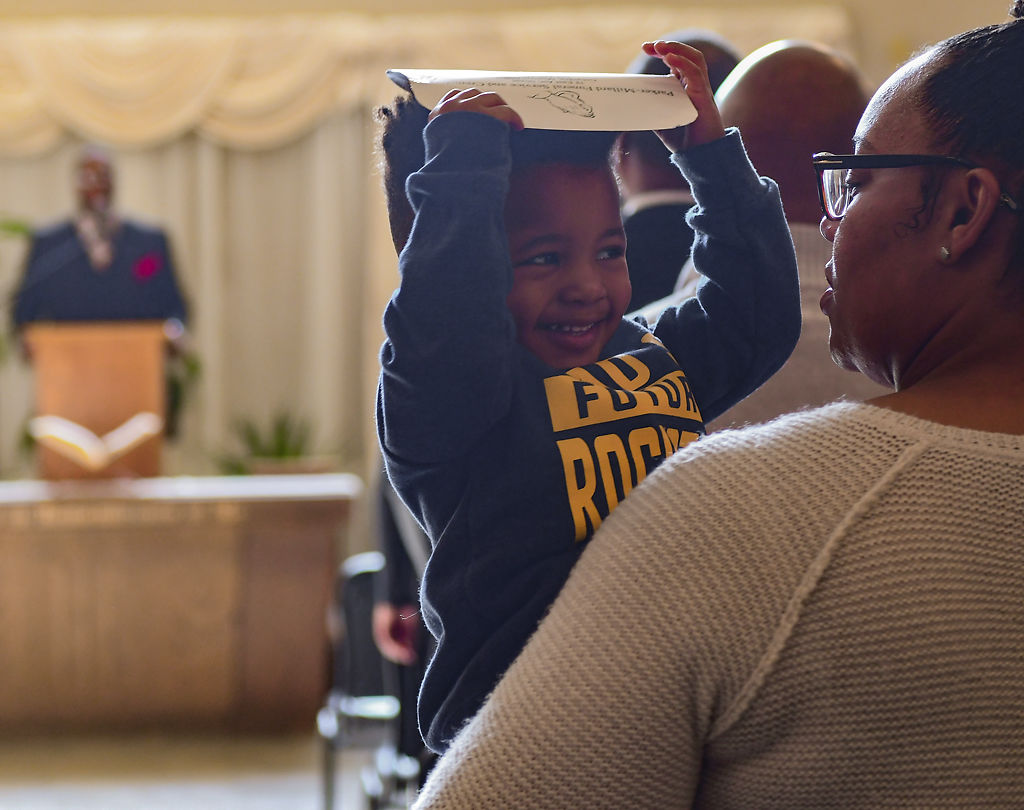 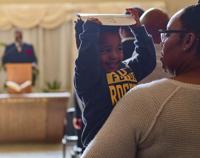 Pastor Jermareian Gillette and Reverend James Patterson look out to the church as people arrive Sunday at Friendship Missionary Baptist Church. Patterson led Sunday school earlier in the morning and assisted Gillette as he prepared for the 10:30 a.m. service.

Pastor Jermareian Gillette reviews the program for the service Sunday at Friendship Missionary Baptist Church. This was Gillette's pastoral installation service, although he has been leading services since October.

Walking up to Friendship Missionary Baptist on Sunday morning, you could hear gospel music pouring out of the open doors. At the entrance, people greeted each other with handshakes and hugs.

One of those greeting worshippers was 27-year-old Jermareian Gillette.

After those milling about were all seated, the choir began, marking the beginning of the morning service. Gillette then took his place at the front of the church — as its new pastor.

“This is the first congregation I’ve served,” Gillette said. “Friendship has blessed me to be their pastor at 27 years old, and so I’m grateful to God for that.”

The service was one of two that celebrated Gillette’s inauguration as pastor. He began preaching at the church at the beginning of October, but Sunday was the ceremonial installation service. Gillette will fill the shoes of the previous pastor, Caroles Taylor, who retired in 2018 after serving for 27 years.

Originally from Columbia, Gillette moved to Texas with family at age 12 but returned this year to help care for his grandmother. He attended American Baptist College in Nashville, Tennessee, then studied at Morehouse School of Religion in Atlanta.

The church reached out to Gillette and, after ministering a couple of times, he was invited to be its pastor.

Gillette has been in ministry for the past 14 years and said he has high hopes for the future of Friendship Missionary Baptist.

“There’s a lot of work that we must do within our community and within our city to be involved and engaged in social justice,” he said.

Gillette said the church should be involved in community work to make sure that Christ’s name is known and to help stop violence in the city.

Sandra Turner has been a member of the church for the last 76 years.

“I think he wants to see the church move, and that means a lot to me,” she said.

She said Gillette is so new that she hasn’t really formed an opinion about him yet, but she doesn’t think he’s that different from previous pastors.

Deborah Hamilton, who was part of the search committee that picked Gillette, called him a “humble young man” and said the church was hopeful and thankful to God that it found him.

Gillette said he thinks the diversity in the Friendship Missionary Baptist community is the best part of being its pastor.

“We are a diverse church with diverse gifts that bring glory to the name of God,” he said.

Making a difference: 27 years of preaching and teaching

Caroles Taylor just retired as pastor of Friendship Missionary Baptist Church. For more than a quarter-century he has been a guiding light for members of his congregation.