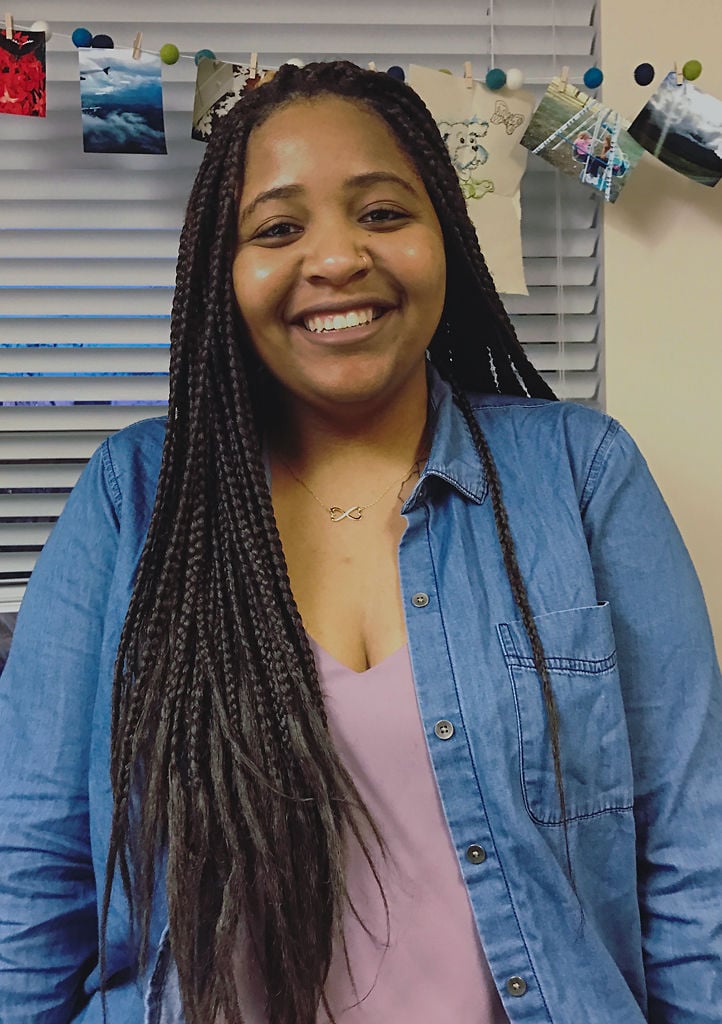 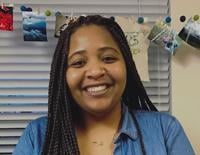 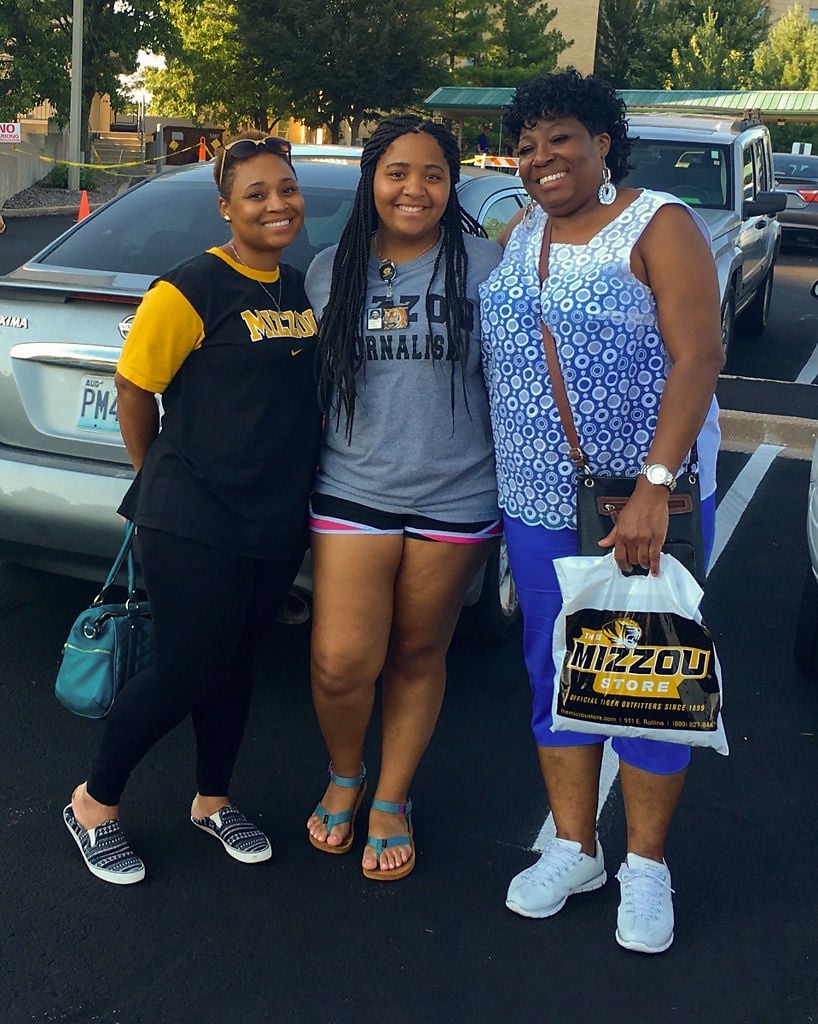 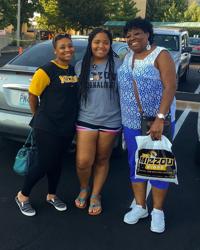 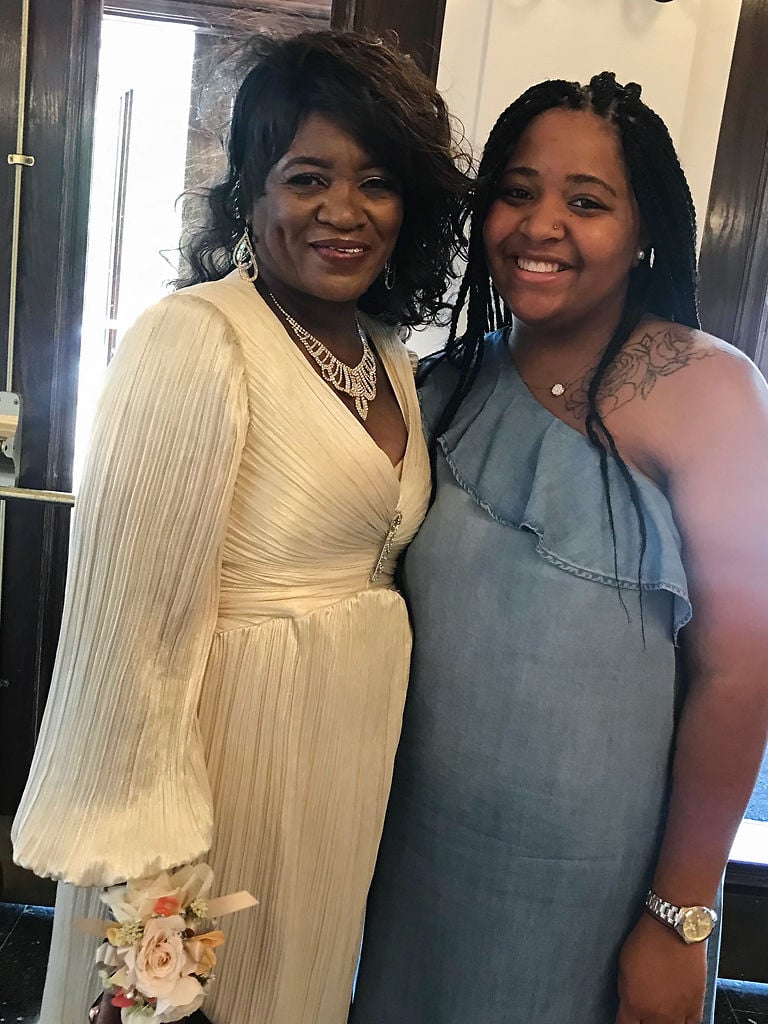 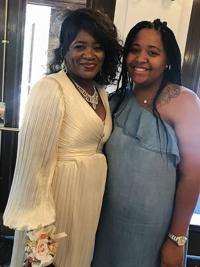 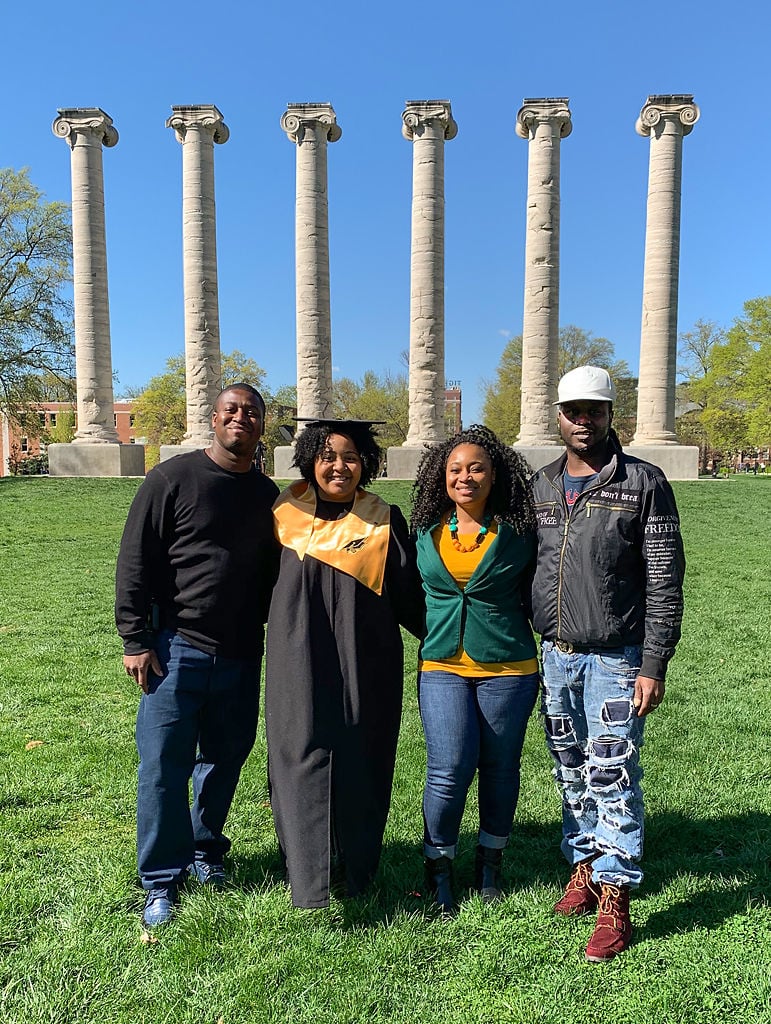 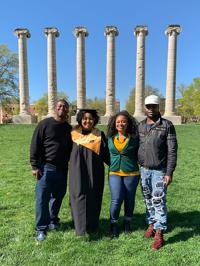 While the rest of her family slept, Jasmine-Kay Johnson, a senior at MU, was up late, studying in her home in Alton, Illinois, when the sound of a gunshot cracked outside.

“It seemed very, very close,” Shawntaya Wagner, Johnson’s mother, said, recalling the events of the night of April 8. “So, I got up and checked on my mother and Jasmine.”

Wagner’s mother was already walking out of her room to check on the rest of the family. Johnson did not come out.

When Wagner entered her daughter’s bedroom, she screamed.

“We just saw a lot of blood,” Wagner said. “It wasn’t until after the police came and they asked us about a hole in the wall that I knew she got hit by a bullet.”

According to Alton Police Chief Jason Simmons, the bullet struck Johnson in the back of her head, near her neck. The bullet entered behind her right ear and is lodged in her left cheek, Wagner said.

Two suspects, Russell B. Bausily and Devonta D. Cotton, were charged Friday with aggravated battery along with other crimes, according to a news report in The Alton Telegraph.

Johnson is still in the intensive care unit at Barnes-Jewish Hospital in St. Louis because of swelling between her brain and spinal area. The bullet is still in her head. She hasn’t regained all movement on the left side of her body and all the vision in her left eye. But she is able to speak and remembers everything.

Johnson is studying journalism at MU and expected to graduate this month. She has loved writing and storytelling since she was young, her mother said.

She has been making waves since she entered MU, with the Missouri School of Journalism spotlighting her potential and talent when she was a freshman as the recipient of the $25,000 Lovejoy Scholarship.

While the scholarship has helped her achieve her journalistic dreams, a different kind of fund has been set up to help her on the journey toward her recovery.

A PayPal Pool titled “Jasmine’s Journey Fund” was set up by Wagner’s “Soul Sistahs,” her close friends whom she met through poetry events.

The goal of the PayPal Pool is to raise funds for Johnson’s medical bills, house repairs to the family’s home in Alton and Johnson’s apartment bills in Columbia.

“There’s six of us (in the Soul Sistahs),” said JiNai Reed-Ward, who organized the fundraiser. “We would do things in the community like raise money and things like that, depending on the cause.”

Brandi Allen, who considers Wagner her best friend, brought up the idea of creating a public fundraiser.

“The house has been damaged, it’s the beginning of the month and we don’t know if Jasmine’s paid her bills back at the university,” Allen said. “There were certain things that just started clicking in my mind. I said, ‘We need help.’”

With that in mind, Allen and Reed-Ward, among their other friends, set up the PayPal Pool for Johnson. Allen, who wanted to do Johnson’s talents in writing justice, put care into the PayPal Pool description, hoping it would reach everyone who knows Johnson.

“Every two seconds I get a notification of somebody donating something, whether it’s $5 or $20 — it’s just amazing,” Reed-Ward said.

Due to the COVID-19 stay-at-home orders, Wagner’s friends have not been able to physically support her or her daughter, but their love for Wagner and her daughter is evident.

“I’ve known Jasmine ever since I met Taya, and it’s been over 10 years now,” Allen said. “They’re two of the sweetest, kindest people I have ever met in my life. I consider Jasmine as a goddaughter, a niece and a sister all rolled together in one. When I became friends with Shawntaya, I got Jasmine, too.”

“It brings tears to our eyes,” Wagner said about the community’s support. “I’ve spoken to Jasmine about it, and she definitely cried happy tears because she is just amazed by how much people love her and support her.”Madison Wisse, a close friend of Johnson’s, has been sharing the link to the PayPal Pool with friends and professors at MU who know Johnson. Knowing Johnson’s character, she wasn’t surprised by how much money has been raised.

“She’s super, super talented, so I know she’s made a really big impact on her professors and everybody that she’s worked with in the J-School, too,” Wisse said. “She’s just not a person you’d forget if you’ve worked on a class project with her or something.”

Friends like Wisse have been getting updates on Johnson through her roommate in Columbia, who is keeping in touch with Wagner.

Wagner has not been allowed to visit her daughter at the hospital because of the pandemic. So they’re communicating via an iPad.

“She wants to be with me; I want to be with her,” Wagner said. “Sorry if I get teared up about it; it just hurts. It’s really hard as a mother to see your child in this predicament and you can’t physically be there for them.”

Wagner described Jasmine as her best friend and an awesome child.

“All her teachers always said, ‘If I could clone her, I would,’” Wagner said. “She made parenting seem very easy.”

The parade is in honor of Jasmine-Kay Johnson, who is recovering at home.