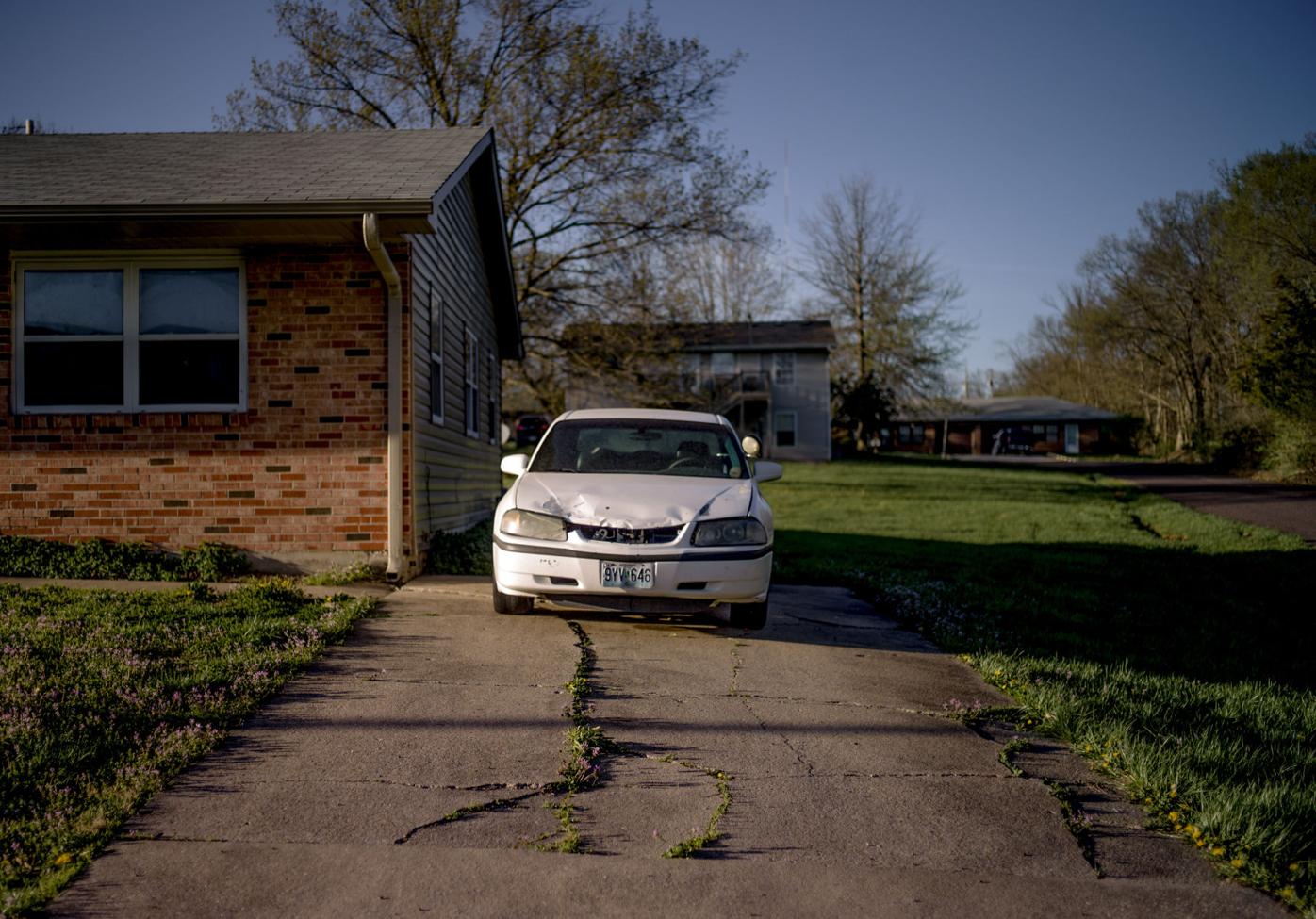 Deonte Gainwell was shot on this driveway on the morning of Jan. 17 in North Columbia. Laron Nesbitt, 24, was charged with Gainwell’s murder in February. 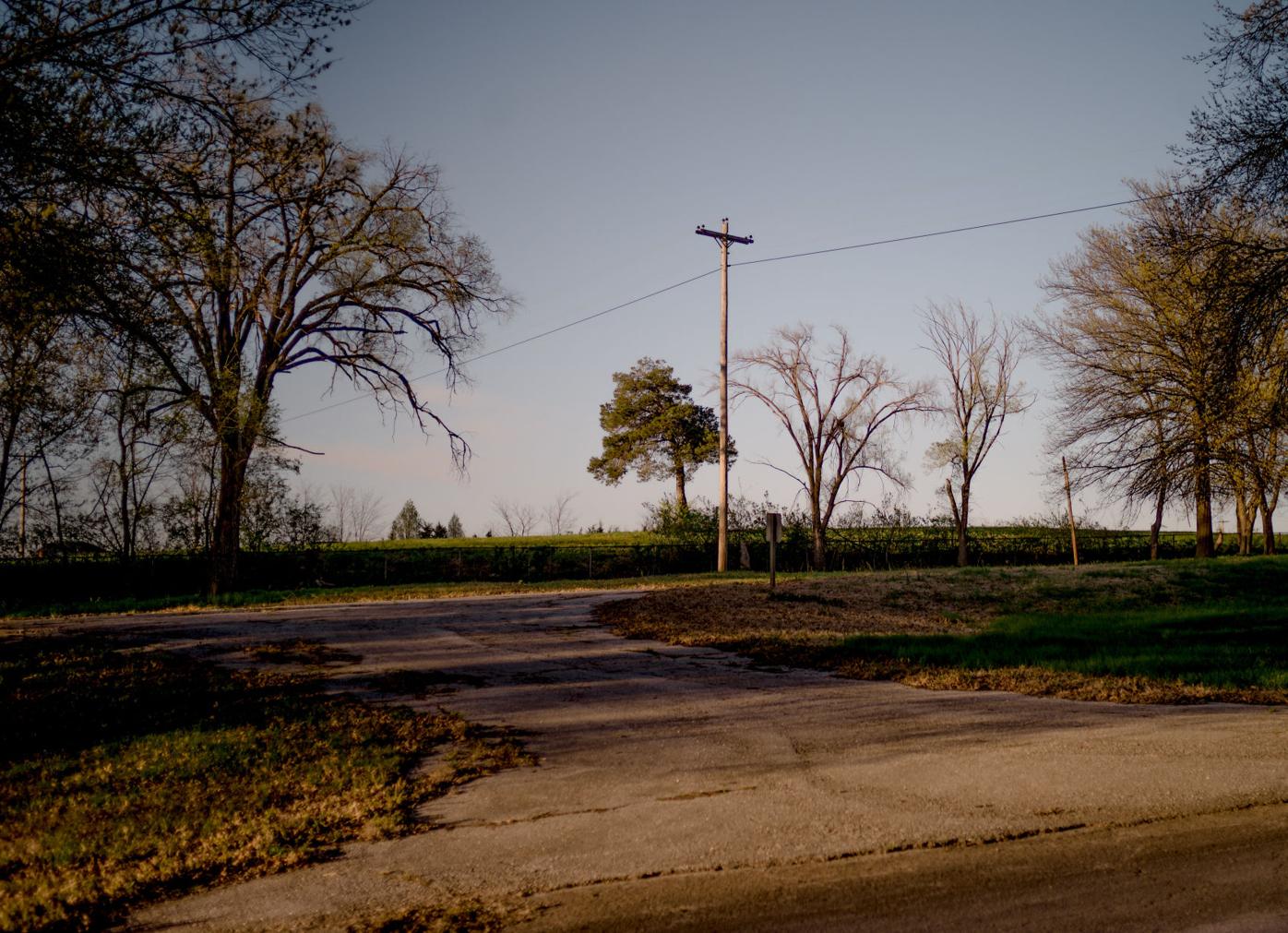 Dominic Roland, 25, was shot in the early morning of Jan. 26 on this road. Roland was pronounced dead at University Hospital later that morning. 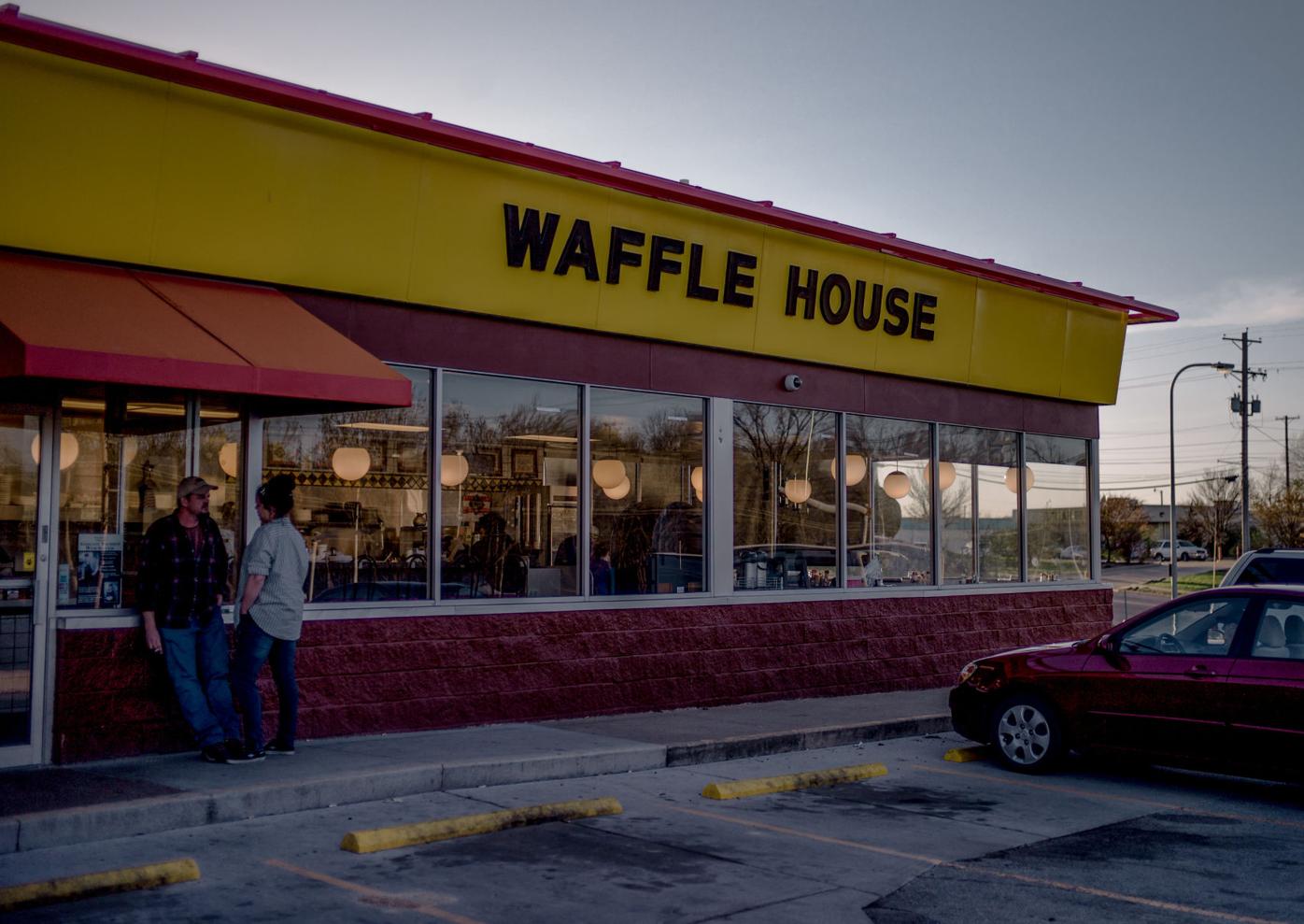 In the first few hours of Jan. 1, 2018, a security guard in this Waffle House who feared for his own safety fired a fatal shot that killed Anthony Desean Warren. Matthew McMillan, who instigated the altercation and drew a gun from his pants, was charged with murder in the second degree. 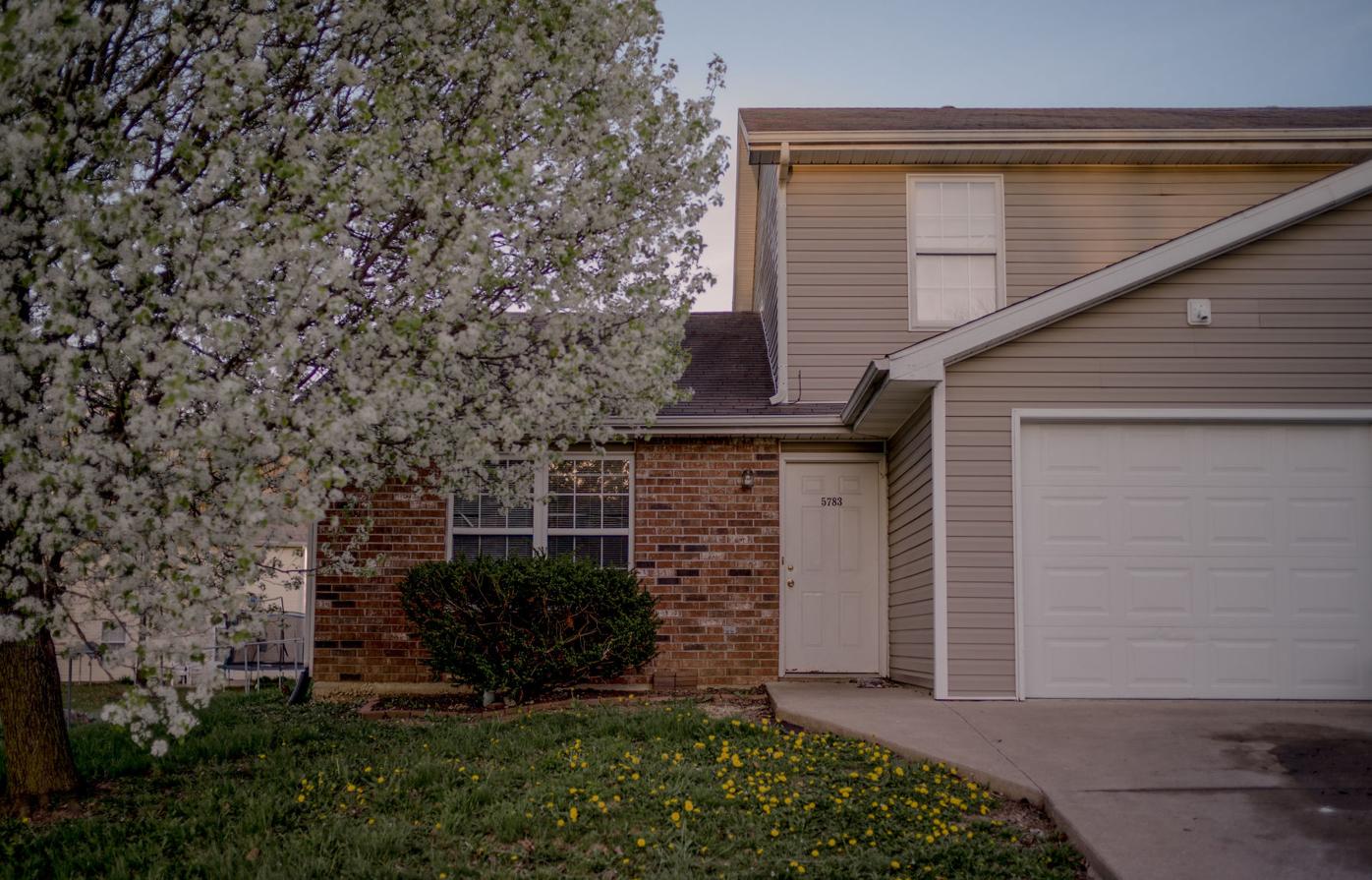 On Nov. 24, 2018, Amonte Harris was shot and killed by Deonte Gainwell in the second level of this home in North Columbia. Gainwell, who was not charged, was killed less than six months later, on Jan. 17. 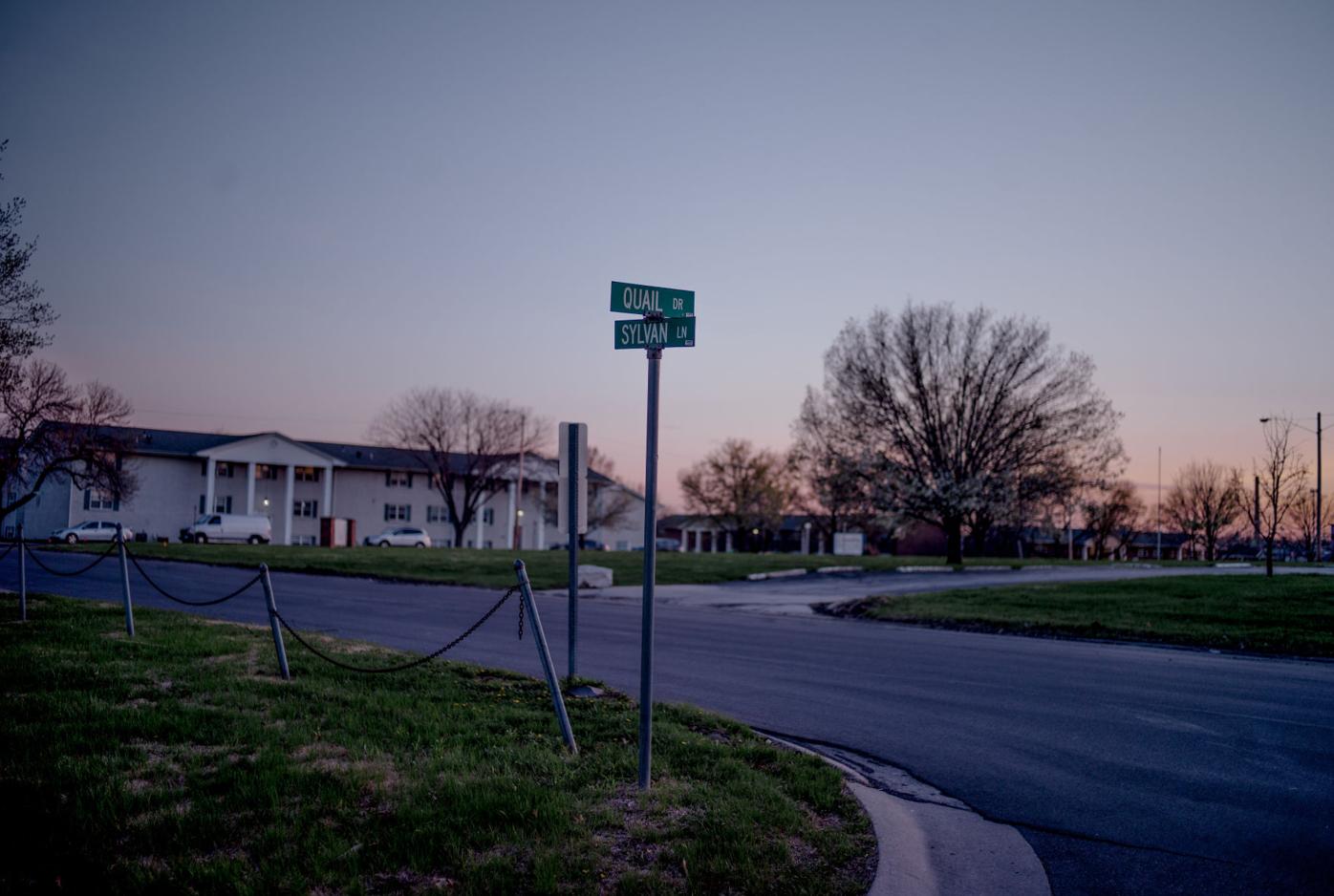 A shooting occurred on the 2500 block of Qual Drive in February 2019. Columbia Police Department is investigating a death on Qual Drive. According to KOMU, a call came into the department before 8:30 p.m. that evening. 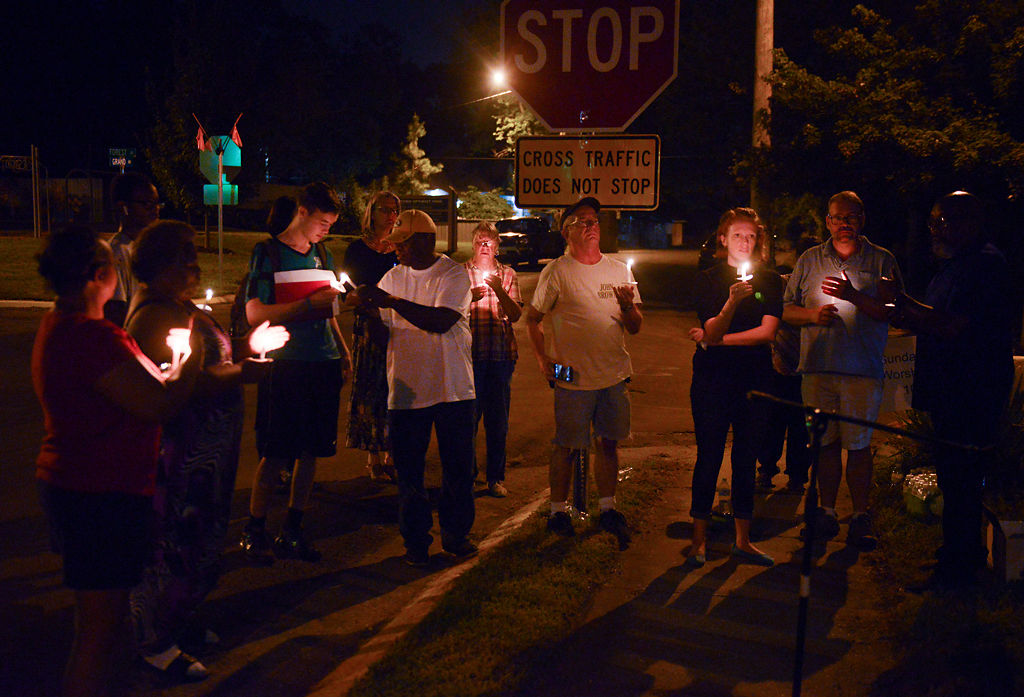 Attendees at the Peace in the Streets Prayer and Fellowship Vigil hold candles in front of the stop sign at the intersection of Forest and Grand avenues on Sept. 20, 2019. The vigil closed with a prayer led by Pastor Melvin Stapleton of the Restoration Life Ministries Church in Columbia. 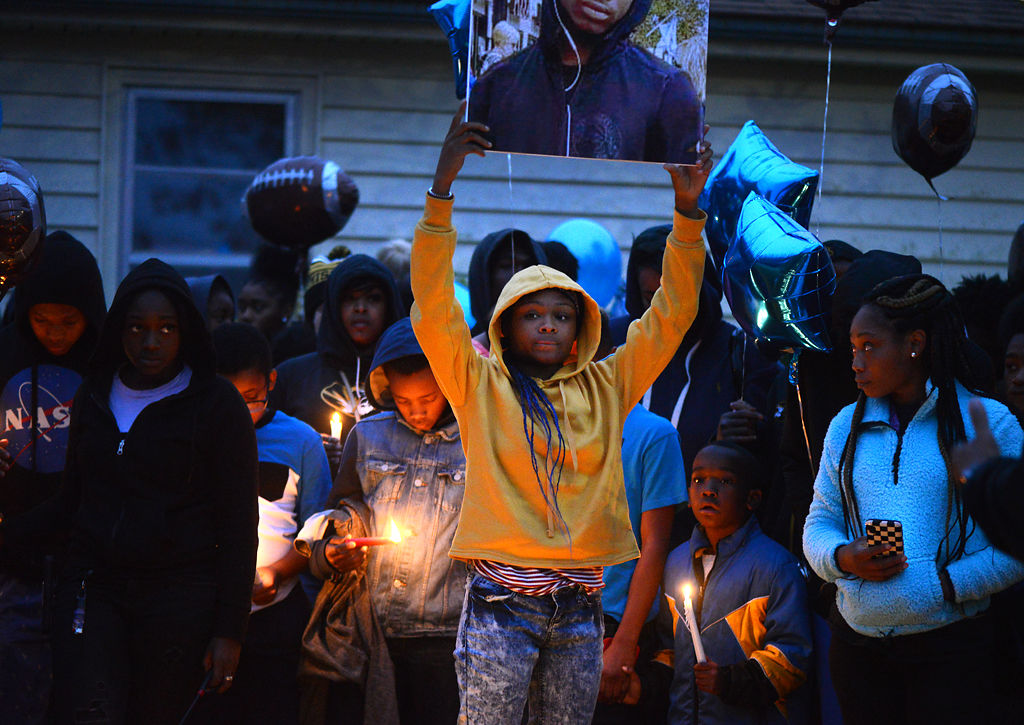 Dajion Harris’ sister DenayJah Harris holds up a sign with a photo of him during a vigil in Columbia on Thursday. Dajion’s football teammates gave him the nickname “Mustard” according to his obituary by H.T. May and Sons Funeral Home. 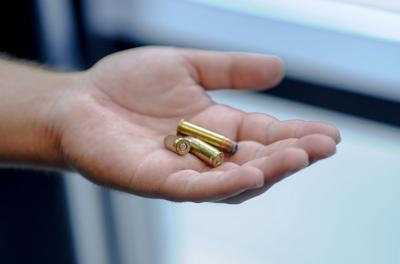 The red brick house is the last duplex on the left at the end of a street in northeast Columbia. A generously dented white car sits in the driveway facing the street. No kids run up and down the street as dusk turns to dark.

There is nothing out of the ordinary about this house or this street, except that in January it was the site of a homicide.

Deonte Gainwell died in this driveway. He was 20.

Gainwell, known to some as “Big Mac,” was the first of at least nine gun homicide victims this year in Columbia. (One person fatally shot with a gun may have been the victim of a “justified” homicide; police were investigating.)

The vast majority of homicides in Missouri and the United States are committed with handguns. Gainwell was killed with a handgun. The suspect in his murder was 24 at the time of his arrest.

The case illustrates an alarming trend: Younger people are using guns in crimes in Missouri. And “time to crime” is declining — that is, the time between when a person obtains a gun and uses it.

In September alone, there were six shooting deaths. James D. Hickem, 23, was the last that month.

And then, 13-year-old Dajion Harris, a student at Oakland Middle School, died from a gunshot wound. The suspect charged with second-degree murder in his death, Cameron White, is only 19 years old. The probable cause statement in the case says the victim and the suspect were playing with guns.

Data collected between 2011 and 2018 by the U.S. Bureau of Alcohol, Tobacco, Firearms and Explosives (ATF) shows an increase in the number of minors possessing firearms in Missouri. The same data also shows that more guns are being acquired and used more quickly in crimes, including deadly shootings.

Columbia had 129 firearms traced by the agency in 2018. The annual report obtained from the ATF also shows several trends, including that more people under the age of 24 possess and use firearms in crimes.

But it isn’t only minors. There’s been an increase in the number of guns traced to people ages 18 to 30, and that increase has been steady for the past seven years.

Gun deaths rising in the U.S.

Columbia’s recent rise in gun deaths coincides with an increase in gun deaths in the U.S. that began four years ago, according to a study published in the peer-reviewed health care journal Health Affairs on Oct. 7.

It revealed the first significant increase in gun fatalities in 15 years. These deaths increased at least 50% in North Dakota, Missouri, Ohio and New Hampshire, according to the study. Missouri’s increase in firearms deaths was 64.1% between 1999 and 2017 — the second-highest increase nationally, behind North Dakota.

Suicide remains the most common form of firearm death in most states, but Missouri has seen an increase in homicides over the past four years as well.

A recent story by the St. Louis Post-Dispatch tracked the number of child homicides in St. Louis alone over a 30-year period. The paper reported that more than 580 children in St. Louis were homicide victims between 1990 and 2019.

Gainwell was 20 years old when he shot community activist Ahmonta Harris, 26, last November. Boone County Prosecuting Attorney Dan Knight decided not to prosecute Gainwell after evidence collected by the Boone County Sheriff’s Department indicated Harris had broken into Gainwell’s home. But Gainwell died before the prosecutor reached that conclusion. He was shot Jan. 17, and a man, Laron Nesbitt, 24, was charged with his murder.

But the idea of a 20-year-old having a handgun is a story on its own. A 20-year-old cannot legally buy a handgun for himself through a person who has a Federal Firearms License. Under Missouri and federal law, you must be 21 or older to buy a handgun from a seller with the license.

But there are other ways someone younger than 21 can legally buy a handgun.

When a buyer enters one of these establishments, they must first fill out paperwork, specifically an ATF Form 4473. The purpose of the background check is to contact “the FBI or to other designated agencies to ensure that each customer does not have a criminal record or isn’t otherwise ineligible to make a purchase,” according to the FBI’s page on the background system.

He could have obtained the gun through a private sale.

In the state of Missouri, anyone 18 and older can buy a firearm privately. “Privately,” in this case, refers to buying a gun from a friend or family member. When family and friends can’t help, websites can by connecting strangers who arrange to meet at an agreed-upon location to buy or sell guns. Think Craigslist but for guns.

Private sales like these don’t require a universal background check. This makes it easier for a person with a criminal record to get a gun. Since 1998, the FBI NICS (National Instant Criminal Background Check System) has processed more than 300 million background checks. The system has denied more than 1.5 million requests, according to the FBI.

Then there are the stolen guns in circulation. Guns are stolen from unlocked cars, in home burglaries and in other kinds of crimes. For example, 66 guns were stolen from Tiger Pawn in September.

Earlier this year, 39 guns were stolen in two successive burglaries of Powder Horn Guns and Archery on Paris Road.

When asked how the Columbia Police Department works to track down stolen guns, CPD Public Information Officer Jeff Pitts said, “CPD works with federal agencies when either we make a request or they have a stake in the incident.”

The public information officer for the Kansas City Field Division of the ATF, John E. Ham, said some of the guns stolen from Powder Horn had been recovered. He declined to provide an exact number.

Nine states and the District of Columbia require firearm owners to report the loss or theft of any firearms to law enforcement. Missouri isn’t one of them.

Straw purchases, or the act of buying a firearm for someone who cannot buy one, is another common way people get guns. For example, a person convicted of a violent felony who would fail the NICS background check could have another person with a clean record go and buy the gun for him. The person buying the gun is committing a felony, but the ATF rarely investigates these incidents. The ATF prosecuted only 125 cases in 2014 relating to straw purchases.

And yet, according to the ATF, straw purchasers “represent a significant overall crime and public safety problem.”

A Department of Justice report released this year surveyed state and federal prisoners who had a gun at the time of their offense. It found that roughly 43% obtained a weapon on an underground market. Another 6% got a gun through some form of theft.

Roughly 15% of the prisoners got a gun from a family member or friend. While the specifics varied — whether it was through buying, trading or renting — the percentage still represented a significant portion of offenders that acquired the weapon from someone close to them. 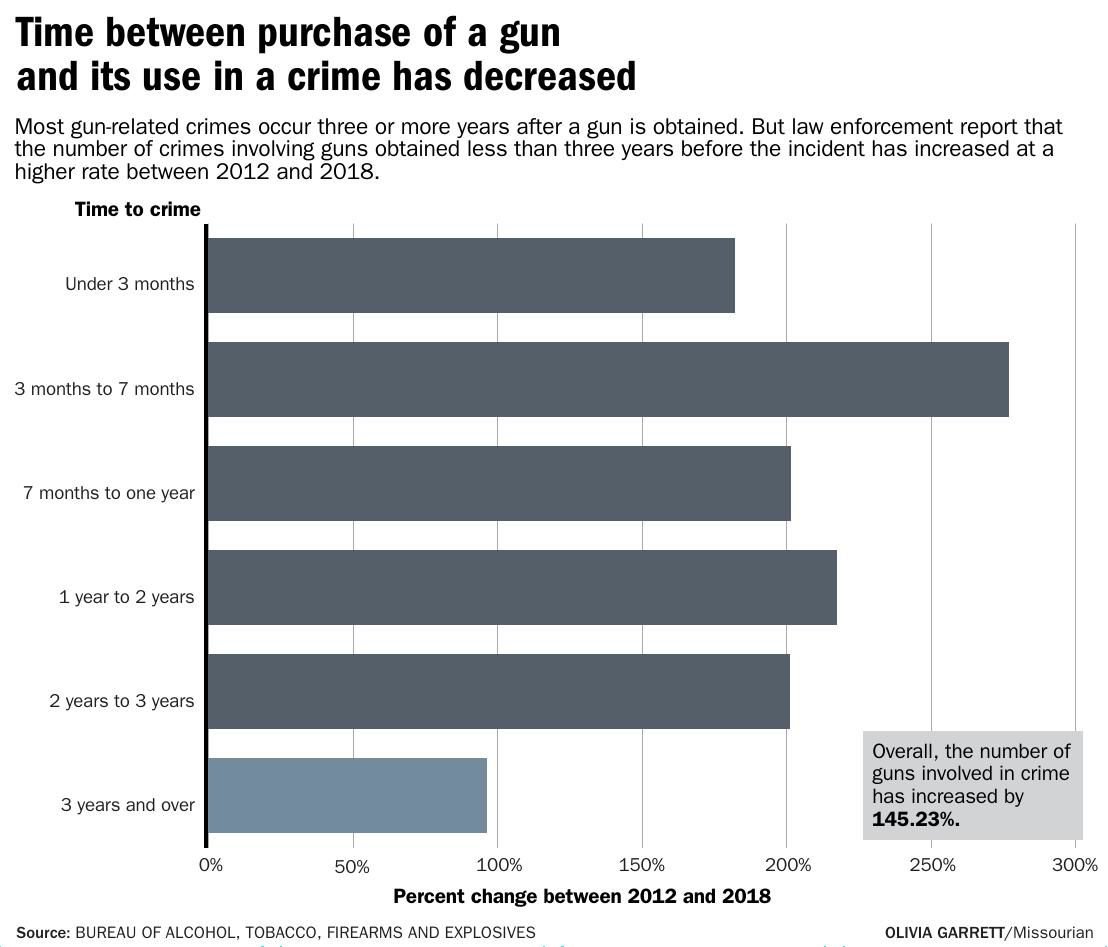 A study released in 2017 by the University of Chicago Crime Lab examined how sudden gun violence among adolescents can happen. Unlike gun violence that is carried out by older demographics, adolescent gun violence tends to be more impulsive.

Studies on brain development in young children and adolescents show that both groups have difficulty accurately assessing risk and that adolescents are actually drawn to risk-taking behavior.

“We were just playing with them and he said, ‘Hey, shoot me, man,’ and I just did, like that, and the gun just shot him, and I shot him in the head and he dead. I know he dead and I’m going to jail,” Cameron White told law enforcement officers after the shooting death of 13-year-old Dajion Harris, according to the probable cause statement.

“Take me to prison,” he is quoted as saying in the statement. “I’m never going to see my family again.”

Five people have died in shootings this month — as many as died in all of 2018. It's the highest number of homicides in Columbia in a single month since at least 2001.