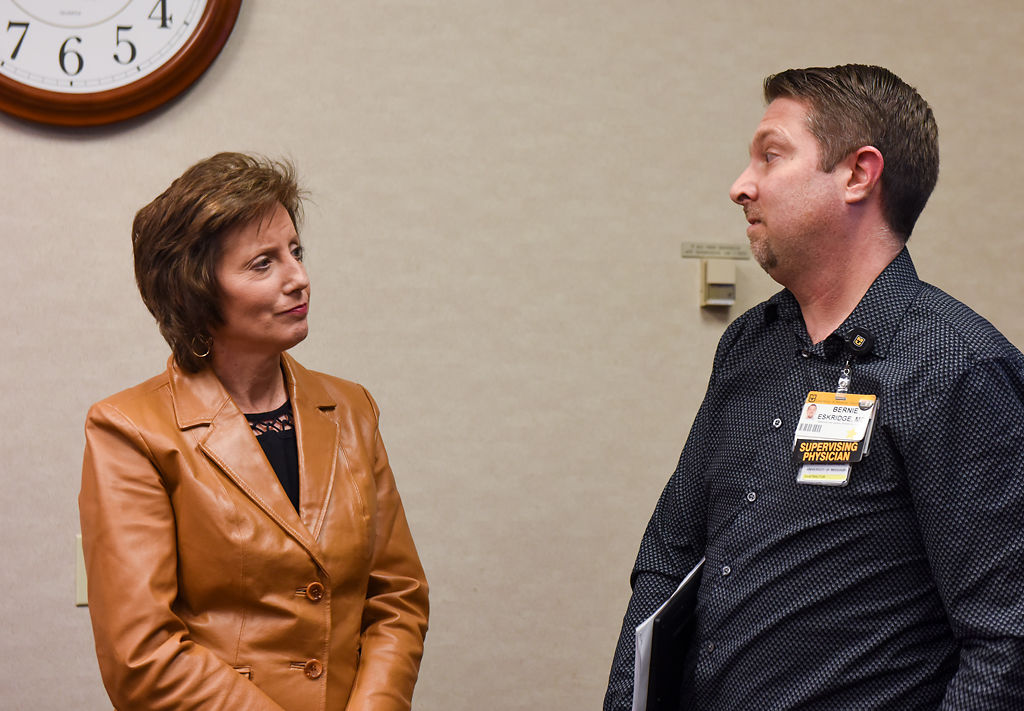 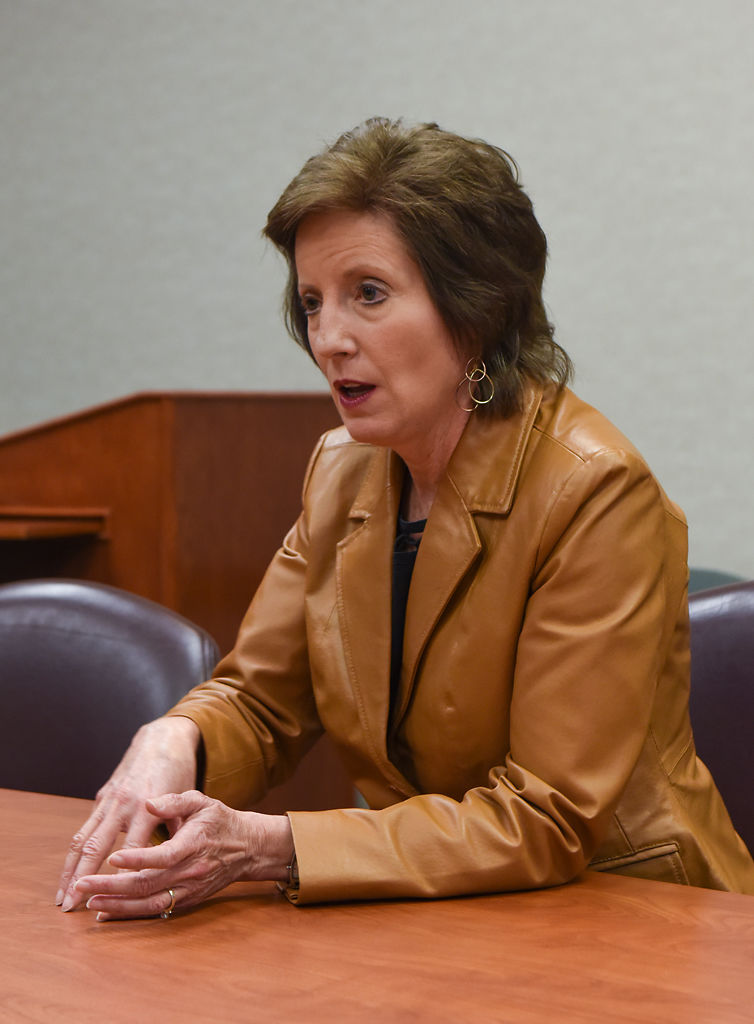 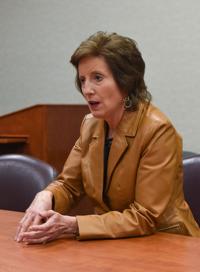 In 1995, Americans paid roughly the same for prescription drugs as nine other developed countries, around $200 per person per year, according to a 2016 study by the Commonwealth Fund. By 2015, Americans were paying five times that amount, $1,000 annually per person, while patients in the United Kingdom, France and Australia paid roughly half of that.

AARP has sided with the Democrats’ proposal, which caps out-of-pocket Medicare Part D drug expenditures at $2,000, saying it includes a key provision that allows Medicare to negotiate drug prices with manufacturers. The Republican bill does not.

When there is no market alternative for a drug, insurers have less leverage to secure lower prices, which can translate to higher costs for patients, Kaiser Family Foundation policy analyst Meredith Freed said. The nonprofit group focuses on national health issues.

Under the Democrats' plan, the director of Health and Human Services would be allowed to negotiate the prices of at least 50 and up to 250 of the most expensive drugs, most of which are without market competition, which means there is no generic alternative. Those 250 drugs would consist of the 125 with the most Medicare Part D spending and the 125 with the most spending in the commercial market.

Hartzler, R-Harrisonville, said allowing the government to negotiate directly with drug companies is a bad idea.

“It sounded like a great idea initially, but I ended up discovering that it would prevent a lot of cures from being able to come to market, and that it would stifle innovation," Hartzler said last week. “I looked to find an alternative way to lower prices without stifling innovation.”

A 2019 Kaiser foundation poll found that 88% of respondents — 92% of Democrats and 85% of Republicans — favor allowing negotiations with drug companies.

In 2019, 45 million of the more than 60 million people covered by Medicare were enrolled in Part D prescription drug plans.

The Kaiser poll found that 85% of respondents — 94% of Democrats and 84% of Republicans — favor allowing the federal government to negotiate on behalf of those on both Medicare and private insurance plans.

Walden, who wrote the bill Hartzler supports, has received over $1.2 million in campaign contributions from pharmaceutical companies since his political career began in 1995, according to Federal Election Commission records. He has received $95,742 in contributions from the three major insulin manufacturers — Eli Lilly and Co., Novo Nordisk and Sanofi — since 2010.

The bill caps insulin spending at $50 per month for Medicare Part D recipients, but not for diabetics on private insurance plans.

Hartzler doesn't think the cap should apply to everyone who uses insulin.

A vial of insulin, which costs between $3 and $6 to produce, lasts roughly 28 days. That means insulin manufacturers could still make roughly a 500% profit on Part D plans.

"It is going to be costly, so if you were to expand that and start doing it in the private market, subsidizing all of that, we just don’t have enough money for that," she said.

How much profit would remain for insulin manufacturers under the Democrats' proposal would not be determined until HHS negotiated with manufacturers. The negotiated price would apply to both private and Medicare Part D insurance plans.

In Missouri, 689,000 people are diabetic, according to the American Diabetes Association.

From 2009 to 2019, the cost of insulin tripled. In recent years, price-hiking by the three major manufacturers of insulin has led to deaths caused by patients who need to ration their supply for financial reasons. In 2017, a team of researchers at Yale Diabetes Center found that one in four patients at their urban clinic reported some sort of cost-related underuse.

The Democrats' bill would lower prices by instituting an external reference pricing system (ERP) for drugs with little or no market competition. The maximum fair price drug companies could charge would be no more than 120% of the average price of the drug in six other nations.

Freed said critics of that provision warn that it could stifle innovation and access to new drugs.

“That company that makes insulin is looking for and testing, perhaps, different drugs dealing with Alzheimer's or different ways to do diabetes, and that all costs money,” Hartzler said.

There are trade-offs to price-controlled systems. Drug companies can navigate ERP markets with strategic launch sequences, according to a study by medical researchers from Hungary, Switzerland and Greece. Countries willing to pay higher prices will be preferred for early launches while those with lower ability or willingness to pay see launch delays.

"In the U.S., when a drug is developed and approved by the FDA, it can become immediately available in the private market," Freed said. "However, in a country like the U.K., which looks at the clinical and cost effectiveness of drugs, they may determine the same drug is priced too high and not cost-effective. A manufacturer may be dissuaded from entering a market or delay entering a market depending on how the country determines its pricing."

A large portion of drug research and development, especially in the high-risk early stages, is funded through the National Institute of Health.

Insulin, for example, was originally created through public funding, but private companies that have since improved the formula now profit from it. The creators of insulin at the University of Toronto never sought profit. Frederick Banting, the lead scientist on the project, famously said: “Insulin does not belong to me, it belongs to the world.”

Hartzler defended her support for the current system.

“It’s my understanding that the NIH grants just do some of the basics of how does this reaction connect to this, and the pharmaceutical (companies) will still have to take that knowledge and apply it to a specific drug," she said. "Those tests take a lot of time and a lot of money.”

A different brand of negotiator

Under the Republican bill, rather than negotiating with drug companies to lower costs, a trade negotiator would attempt to negotiate for higher prices in countries with ERP or value-based models. Hartzler said that would ensure Americans are paying fair prices for prescriptions.

"Right now you have our country investing, whether directly through government in the initial stages like with the NIH or then the private companies investing to create cures and treatments," she said. "And then a lot of foreign countries take that or order that and subsidize the cost through their own tax money so that it costs less over there."

If a trade negotiator were successful in raising the price of a drug in other countries, the Republican bill would not require the drug company to lower costs in the U.S..

“The trade ambassador wouldn’t say to the pharmaceutical company 'you charge less,'" Hartzler said. "They would be telling the other country ‘quit subsidizing so that it costs more for your person.’”

The 4th District congresswoman spoke Tuesday at Boone Hospital Center. Missouri is the only state in the country without this type of program.