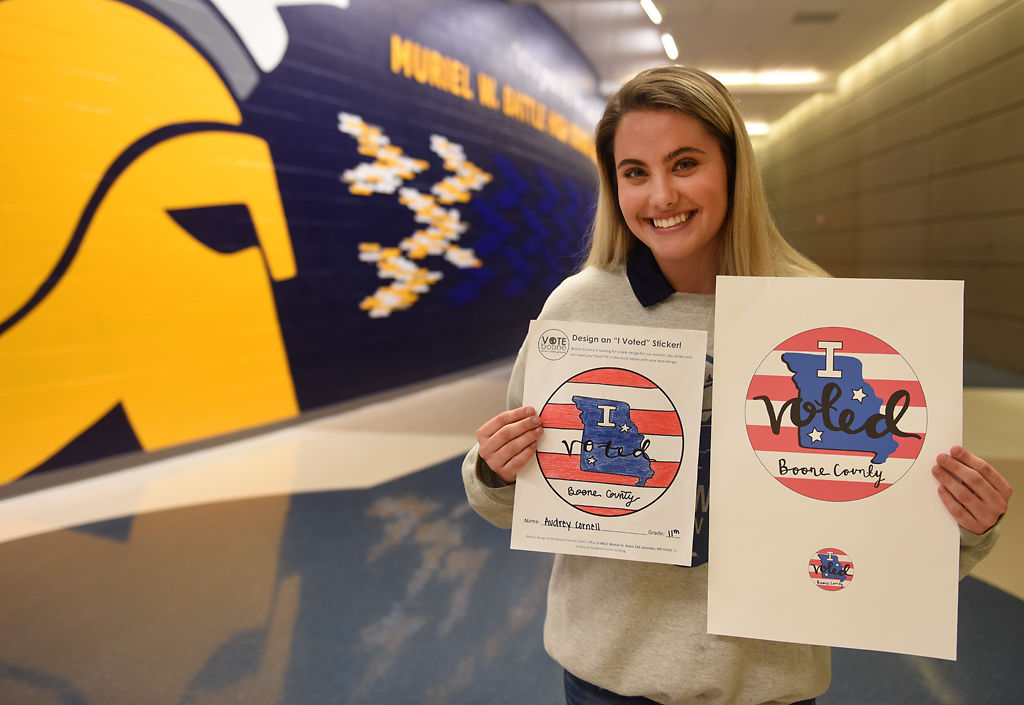 Audrey Cornell poses for pictures and holds up her art after winning the “I voted” sticker contest Thursday in the halls of Battle High School in Columbia. 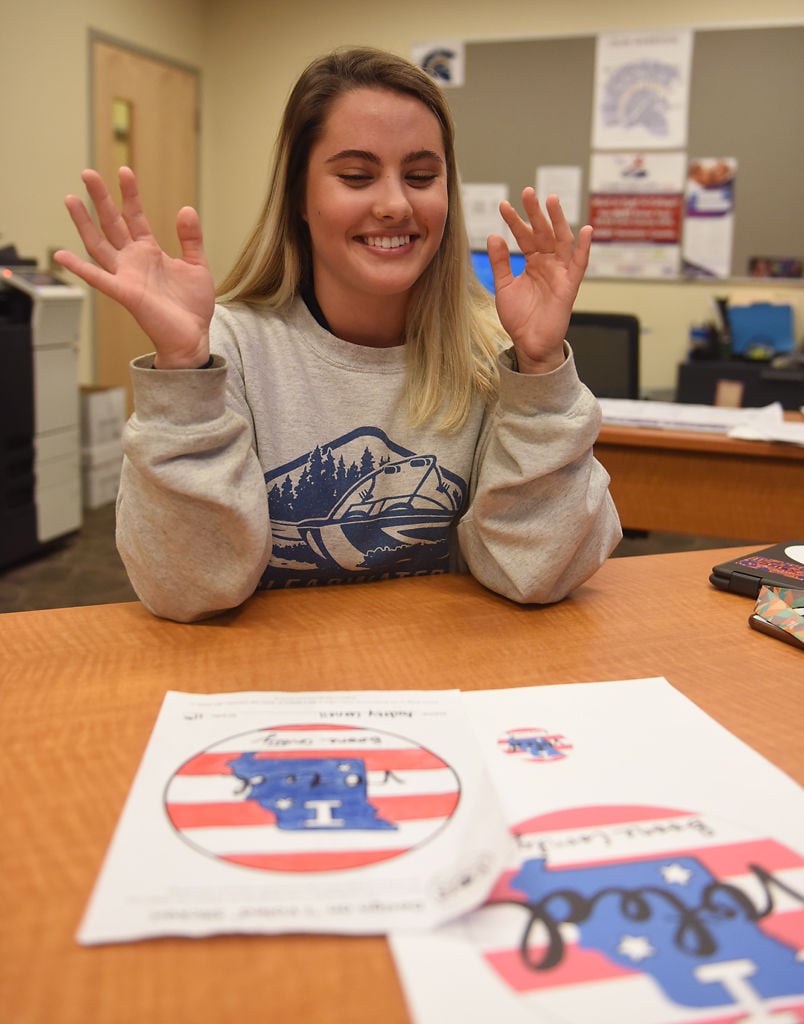 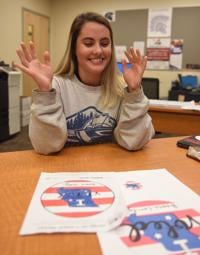 Audrey Cornell with her art after winning the ‘I Voted’ sticker contest Thursday at Battle High School in Columbia.

Audrey Cornell poses for pictures and holds up her art after winning the “I voted” sticker contest Thursday in the halls of Battle High School in Columbia.

Audrey Cornell with her art after winning the ‘I Voted’ sticker contest Thursday at Battle High School in Columbia.

Audrey Cornell, 17, was answering questions from the Battle High School newspaper about the sticker she designed for Boone County’s “I Voted” sticker contest when she found out she won.

“I was typing the answer to the question of ‘What are you anticipating?’ or ‘What do you think the results will be?’ and I was typing ‘Oh, I hope I win’ or whatever,” Cornell said. “And then the email popped up with the results.”

Cornell said she found out about the contest from her U.S. history teacher, Kelly Gaskins, who encouraged students to enter. Cornell designed her entry in class the same day.

“I really wanted it to be personalized to Missouri,” Cornell said. “That’s why I put the state of Missouri on it, because I thought that would be really cool and unique instead of just having a flag on it. I wanted it to represent the state itself.”

In her free time, Cornell likes to ride horses and practice calligraphy. She worked calligraphy into her design to make the “I Voted” sticker more interesting.

Cornell’s sticker will be given out throughout the county during elections in 2020 and 2021, including the first election that Cornell herself will be able to vote in: the 2020 presidential election.

“That’s why I really wanted to win, because then I’d get my sticker for the first time I ever voted,” Cornell said.

Cornell and the other three finalists will be honored in a ceremony at 6 p.m. Dec. 2 in the Boone County Government Commission Chambers.

Over 100 students submitted sticker designs, and the final four are competing for Boone County's vote.