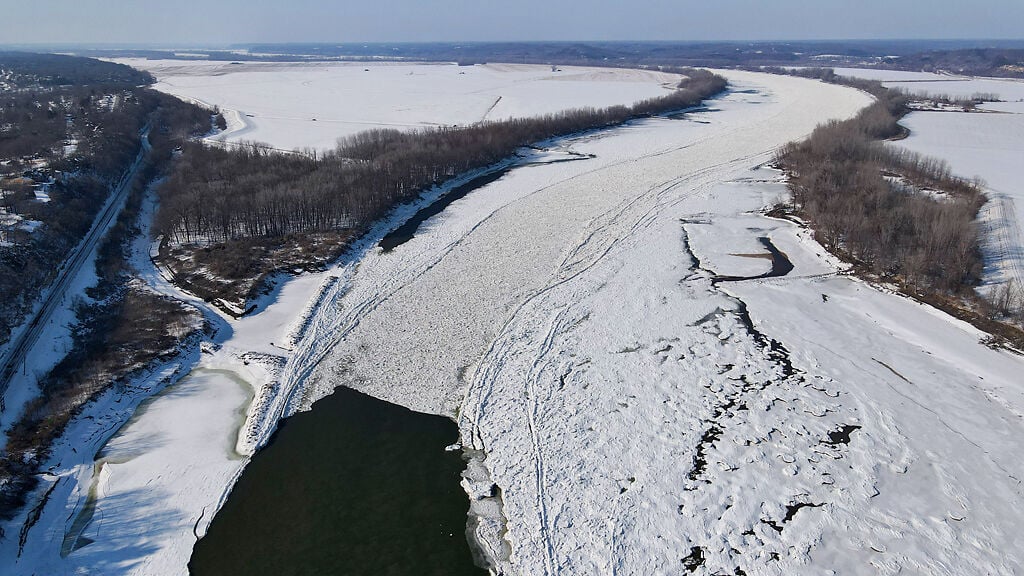 An ice blockage extends upstream on the Missouri River on Saturday in Jefferson City. The ice met the water a little more than two miles north of the Missouri State Capitol building. 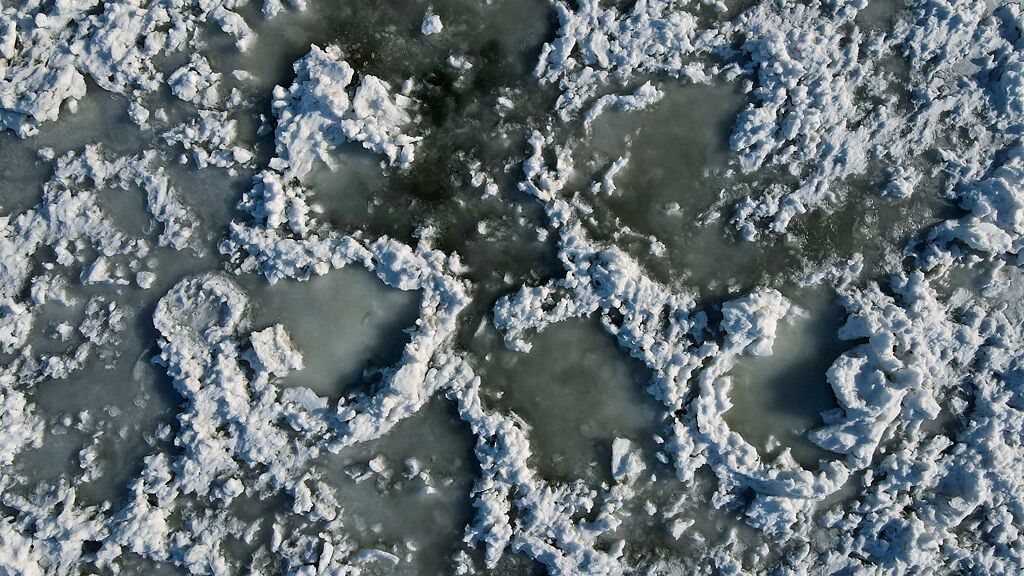 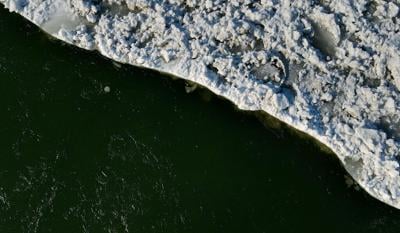 The ice jam on the Missouri River between Jefferson City and Glasgow reportedly now continues for 65 miles.

The state Department of Natural Resources and officials from other agencies have been watching the jam as the ice begins to melt. They are concerned about water intake levels in municipal systems along the river that could affect drinking water and wastewater operations.

The National Weather Service in St. Louis has also been monitoring the build-up and evaluating what might happen as warmer weather begins to melt what remains of the Arctic front that froze mid-Missouri.

In Columbia, 14 days with below-freezing temperatures were recorded beginning Feb. 6. A record was set Feb. 14 when the low temperature dropped to 4 degrees, breaking the old record of 19 set in 1943.

Temperatures, however, are expected to rise above 30 degrees this week, remaining in the mid-40s and low 50s, according to the National Weather Service.

Ice jams block the flow of the river and can cause flooding in surrounding areas. Melting snow and ice cause the river to swell, breaking up the top layers of ice. The river then carries the ice downstream where it collects and gets caught on the natural bends and curves of the river, causing a narrow passageway that disrupts the river’s natural flow.

By Saturday, it had reached 115 miles upstream.

“This growth and movement upstream doesn’t appear to be a cause for concern, as it will melt naturally with the high temperatures occurring this upcoming week,” he said.

The movement of ice could reinforce jams in narrower areas by bends and turns of the river until all of the ice behind it thaws, he said.

With Tuesday’s level as a baseline, gauge levels will be monitored as they gradually rise to determine whether the river is returning to normal.

Downstream levels have raised some flags for the surrounding power plants. Brad Brown, a spokesman for Ameren Missouri, said the company has been closely watching the development, especially in relation to the Bagnell Dam. The average discharge from the dam has been decreasing significantly over the past few days but so far hasn’t posed a problem.

The water level increase poses no real threat except for potential damage to barges and docks along the Missouri River, Fuchs said.

From Feb. 7 to Friday, Columbia suffered a total of 14 water main breaks.