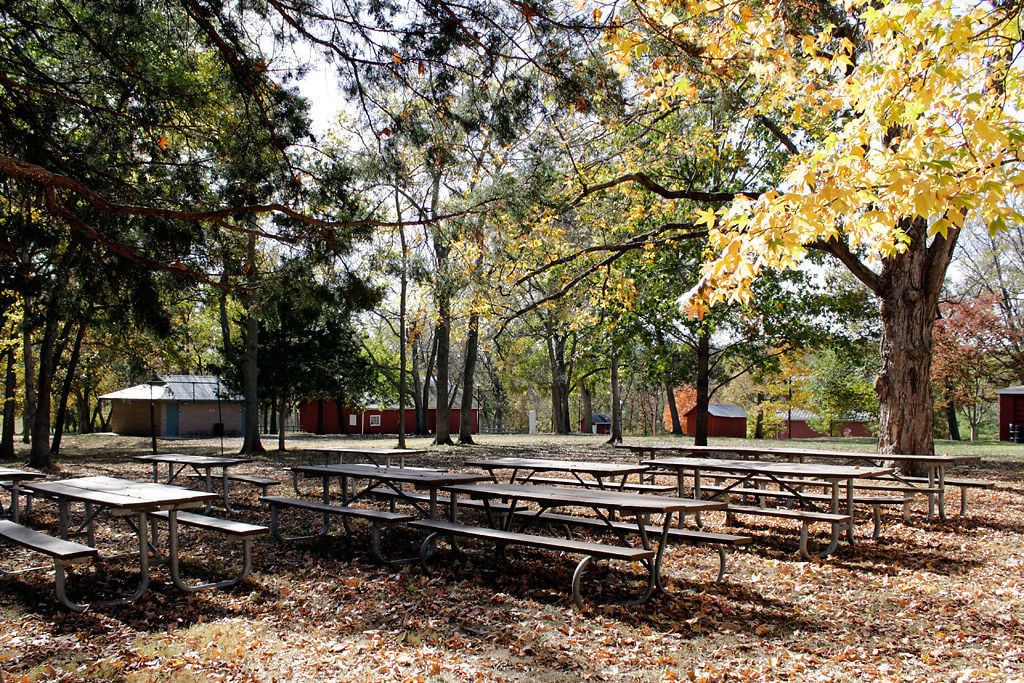 Empty benches sit under the shade Monday at Nifong Park. A new shelter is expected at the park, provided voters approve the one-eighth-cent sales tax on Nov. 3. 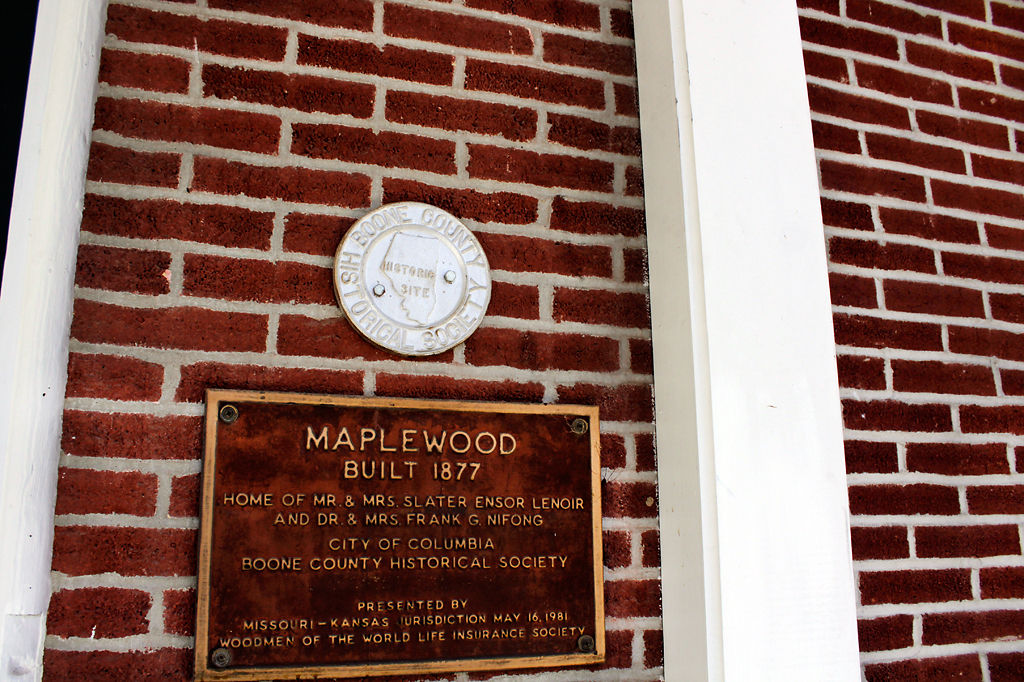 Repairs and additions totaling to $150,000 are expected to be spent on the Maplewood House. The additions will include a new shelter, playground and parking improvements. 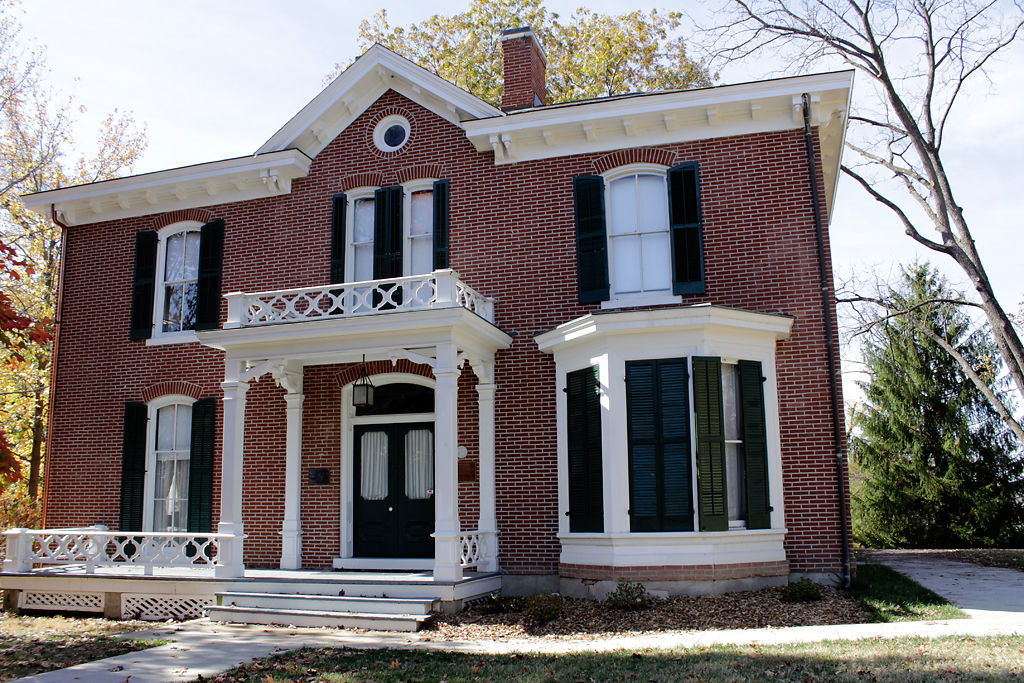 Empty benches sit under the shade Monday at Nifong Park. A new shelter is expected at the park, provided voters approve the one-eighth-cent sales tax on Nov. 3.

Repairs and additions totaling to $150,000 are expected to be spent on the Maplewood House. The additions will include a new shelter, playground and parking improvements.

COLUMBIA — An estimated $250,000 for improvements to Nifong Park hinges on voter approval of the one-eighth-cent park sales tax extension that appears on the Nov. 3 ballot.

The city and the Cosmo Club have each pledged $125,000 to improve the park if citizens vote to continue the tax. The city has also budgeted $150,000 for repairs to the park's Maplewood House that will be done regardless of whether the tax is renewed.

"This ballot issue is about taking care of existing parks first," Columbia Parks and Recreation Director Mike Griggs said. "Almost 50 percent of our money is spent on that."

Columbia Parks and Recreation and the Boone County Historical Society share responsibility for the Maplewood House and Nifong Park, which feature the Historic Village.

Historical Society Executive Director Chris Campbell said the money for the park will go toward a new parking lot, a large family picnic shelter to replace the existing one, a playground and a lighted walkway next to the shelter.

Both Campbell and Griggs said the new parking lot is the greatest need.

"We have events at the museum, and there is not enough space," Campbell said. "The new parking lot will mean more overflow parking for the museum."

The city will use the other $150,000, which is left over from its fiscal 2014 budget, to rehabilitate major infrastructure issues at Maplewood House such as the electrical, plumbing, heating and air conditioning and security systems as well as better access for people with disabilities.

"The improvements are very important because it was 1976 when the last major rehabilitation occurred," Campbell said.

Griggs said the two organizations have been working together closely to plan interior renovations to the house.

Even though the city is not normally responsible for the inside of the home, Parks and Recreation is entering into a long-term lease for the management of the interior. Griggs said the idea is that once the home is renovated the annual costs for interior maintenance will be minimal.

"Our goal is to get it up to standard and turn it back over to the Boone County Historical Society," Griggs said.

The Cosmo Club is chipping in on improvements to Nifong Park, too. Club President Nathan Brown said supporting additions to Nifong Park "carries on a long-standing tradition of the Cosmo Club having a joint interest in providing the city with parks.

"Not only is it another park we are now able to help support, it also joins up with the Boone County Historical Society, which preserves Columbia's history and we feel is a worthy cause," Brown said.

Griggs said the Cosmo Club has been a partner to Columbia Parks and Recreation for years.

"We as a community are blessed to have a group as benevolent as the Cosmo Club," he said.

Brown said that even though the donation hinges on the renewal of the sales tax, in the case it fails the Cosmo Club will not be out of the picture.

"We will definitely go back to the drawing board with the city and Parks and Rec to see if there is another way we could help with a different or similar project," he said.

The Show-Me Cosmopolitan Club began supporting Columbia parks in 1949 with the purchase of 35 acres that became Cosmo Park. Since then, Cosmo Park has grown to 535 acres, and the club has contributed thousands of dollars to park projects around the city. The club's goal is to prevent diabetes and encourage children to stay active through the funding of local parks.

Griggs said Nifong Park is a treasure because it shows what it was like to live in Columbia at different periods of time.

"Nifong Park is one of a kind; it's like walking through a little time warp," Griggs said. "There is no other park like it in or around this area."

Maplewood House was built in 1877 and was added to the National Register of Historical Places in 1979. The city bought the home and the surrounding 60 acres in 1970 to create Nifong Park.