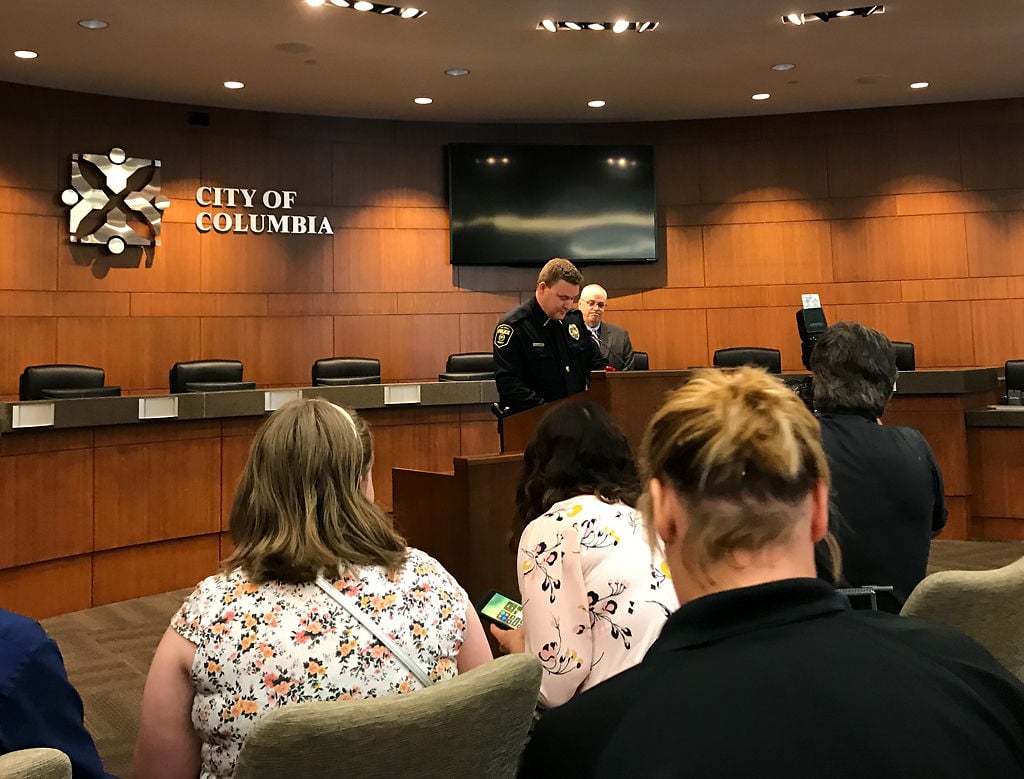 Geoff Jones prepares to talk as he’s introduced as the next chief of police by interim City Manager John Glascock during a press conference Monday at the Daniel Boone City Building. 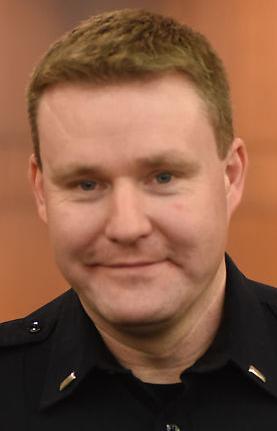 An earlier version of this article incorrectly reported that the Columbia City Council must approve the appointment of a new police chief. The city manager is responsible for the hiring and firing of city employees without the Council's involvement.

“I’m thankful for all the support I have received from the community,” Jones said after the announcement. “This works because we work together — all of us.”

Jones will receive a $130,000 salary after officially moving into the position in early September. The delay relates to Jones’ request that he be allowed to participate as chief in the police pension plan. That will require approval of a bill allowing him to do so by the Columbia City Council, Community Relations Director Steven Sapp said.

“For all practical purposes, Geoff Jones is the Chief of Police appointed by Mr. Glascock today,” Sapp said in an email to the Missourian. “From a purely legal standpoint, until the council passes the change in ordinance, Jones will have to sign documents and such with the title ‘Interim Police Chief.’”

Glascock, who also will have “interim” before his title until his contract is signed, said choosing Jones was a very easy decision, making a national search unnecessary.

“I can think of no better person to lead this department at this time than Geoff Jones,” he said.

Jones was named interim chief in late January, a few weeks after former Police Chief Ken Burton resigned in the wake of disclosures about his work habits.

Before stepping into the role, Jones served as the Columbia Police Department’s Community Outreach Unit commander.

Glascock said he had been talking in the past few weeks to stakeholders about what they would like in the next police chief and whether to conduct a national search or to move Jones into the permanent position.

Jones’ selection marks the first time in decades that a police chief has been selected without a search, according to longtime Columbia resident and former Deputy Chief of Police Tom Dresner.

Since his appointment to the interim position, Glascock has praised Jones’ efforts around community policing and his efforts to promote transparency.

In a March interview with the Missourian, Jones discussed his commitment to transparency and equality within the department. He told the Missourian how his experience gained from years of service helped shape his policing philosophy and his plans around addressing violence in the community.

Some members of the Columbia Police Officers Association voted in favor of keeping Jones as the permanent police chief, according to a news release sent out by the association last week.

“Geoff Jones is restoring the Columbia Police Department to the position of respect the department previously enjoyed,” CPOA Executive Director Dale Roberts said in the release.