Some of Columbia’s most historic black churches will open their doors Sept. 22 for a “Local Civil Rights Pilgrimage” that will allow visitors to learn more about the churches’ histories and Columbia’s black community.

The pilgrimage seeks to alleviate that problem by bringing together people from inside and outside the black community for a walking tour of black churches. 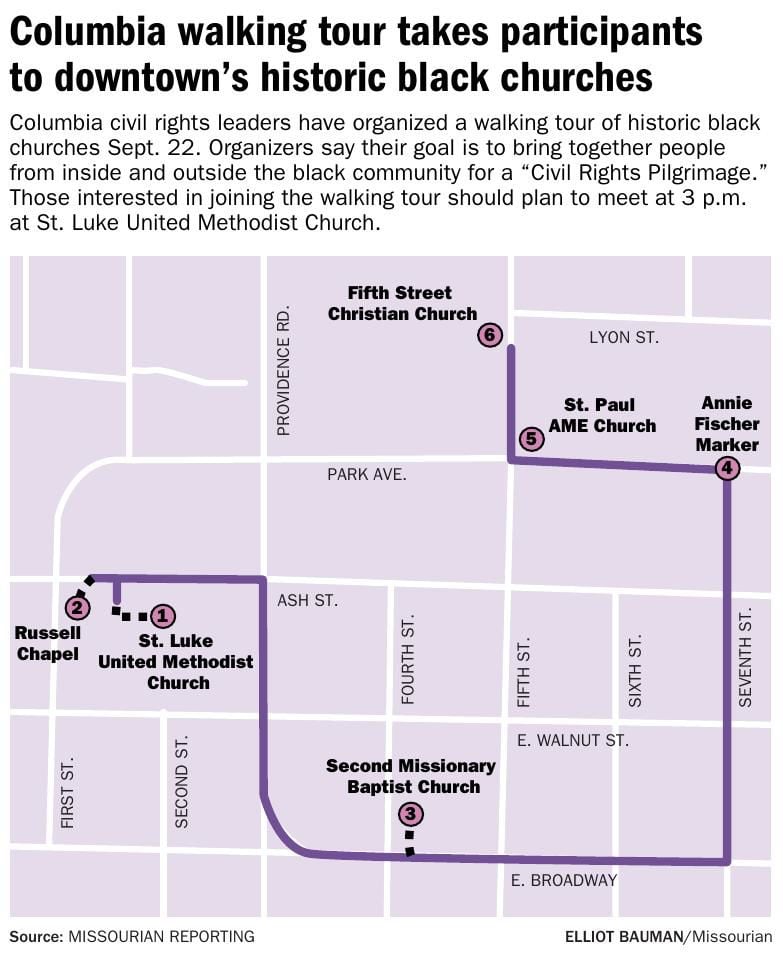 Anyone is welcome, and the organizers hope to see people of all races and denominations attend. Anyone who would like to come just needs to show up at 3 p.m. to St. Luke United Methodist Church, 204 E. Ash St. The event will begin there with a devotion and singing of hymns. From there, the visitors will walk to Russell Chapel and Second Missionary Baptist Church.

Visitors also will stop at a marker recognizing Annie Fisher, a successful cook and businesswoman who was born in 1867 to former slaves. She prided herself on cooking “real old Missouri-style food.” People at the pilgrimage will tell her story and explain her significance.

The marker recognizing Fisher is part of the African-American Heritage Trail, a separate project that Horrell is working on with a group called The Sharpend Committee.

After that, the tour will visit the St. Paul African Methodist Episcopal and Fifth Street Christian churches. They will then return to St. Luke for dessert and coffee. Participants are asked to bring a dessert to share. The event ends at 6 p.m. Buses will be available for those unable to walk from church to church.

The event is being organized by a group of black church-goers who, two years ago, began attending similar pilgrimages in other parts of the country. These pilgrimages spanned a much larger area and took participants to churches in multiple cities by bus.

Don Day, a member at Broadway Christian Church and one of the organizers, and Horrell have both attended some of these. They recall visiting churches in Selma, Alabama; Memphis, Tennessee; Montgomery, Alabama; and Birmingham, Alabama.

Day, Horrell and the rest of the group returned from these pilgrimages impressed and inspired. So they decided they’d put one on in Columbia.

“The purpose of this one in Columbia is to learn more about Columbia and build relationships between churches,” said Day. “It’s a good opportunity to meet people from various races and learn about the history of Columbia’s black community.”

To make this happen, they needed to work with the entire Christian community of Columbia.

“It’s a coordination of all the religious entities in the city that are putting this on,” Horrell said.

About 100 people participated in the event Sunday afternoon.