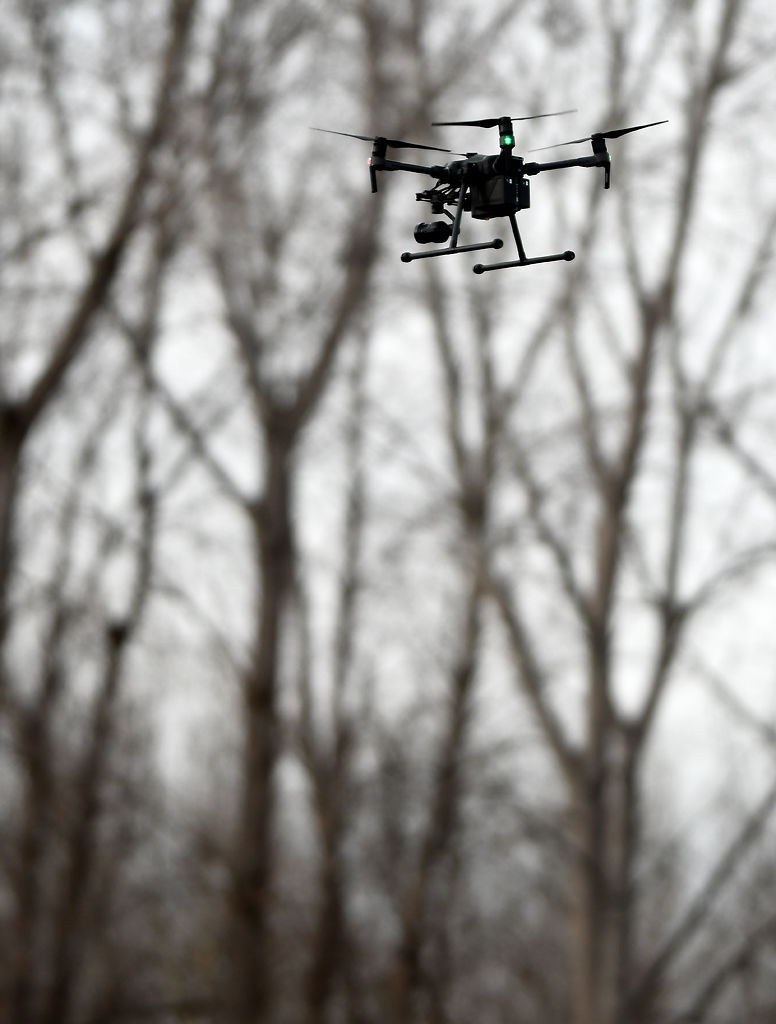 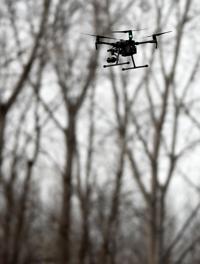 A drone used in the search for the body of Mengqi Ji Elledge on Tuesday at the Lamine River. 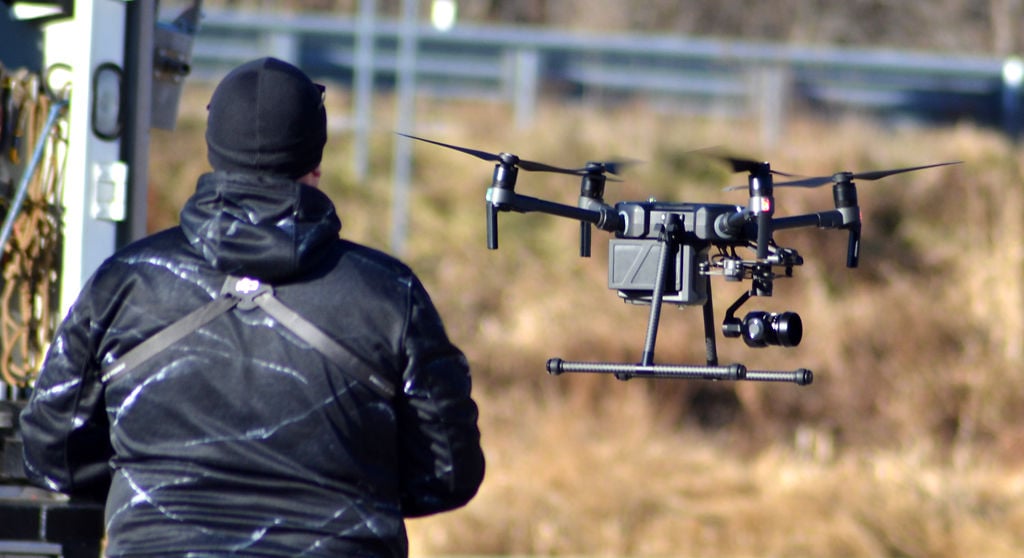 In this December photo, a police officer tests out the drone near the Lamine River before sending it above the river.

A drone used in the search for the body of Mengqi Ji Elledge on Tuesday at the Lamine River.

In this December photo, a police officer tests out the drone near the Lamine River before sending it above the river.

As of October, the Columbia Police Department has a new toy: a $20,000 drone.

Other than a helicopter, "nothing beats it," said Columbia Police Sgt. Chad Craig, author of the department's drone policy. He's been flying drones recreationally for years.

According to the Federal Aviation Administration, there are more than 1.5 million drones registered in the U.S. A million-plus of those are registered recreationally, rather than for commercial use.

According to a 2018 study by Bard College's Center for the Study of the Drone, "at least 910 state and local police, sheriff, fire and emergency services agencies in the U.S. have acquired drones," with an estimated 82% increase from 2017.

"I'm surprised (Columbia police) didn't have one before," said Stacey Woelfel, a professor and director of aerial journalism at the Missouri School of Journalism.

"It is ultimately just a tool," he said.

The department's drone, a DJI Matrice 210 V2, will be used for missing person searches as well as gaining vantage points that might otherwise put an officer in harm's way. The price tag also includes a camera, extra lights, replacement insurance and more.

Woelfel referred to a drone as "a flying tripod" and said that his biggest concern with its use in law enforcement is how drone photos and video capabilities might enter a gray area when it comes to privacy.

So, what stops Columbia police from using their new drone to invade people's privacy?

The most recent version of the Columbia Police Department's policy on drones — or "unmanned aircraft systems," as they are called in the document — outlines how the drone can be used in a way that does not violate privacy or the Fourth Amendment, including:

The policy also reinforces that drone use by the department falls under the Fourth Amendment just like any other form of police work would and that the "remote pilot in command" is to contact a supervisor in the event of any warrant uncertainty.

Craig said he's been "pleasantly surprised" that there hasn't been a single privacy-related complaint since the department started using the drone. He attributed this, in part, to the fact that drones have become more commonplace in non-commercial use, with many people using them for hobbies like aerial photography, as Craig has in the past.

He has received two emails concerning the drone program, though. Both were from hobbyists wanting to be a part of the program.

Columbia police has seven officers certified by the FAA to pilot the drone, with an eighth officer preparing to take the exam. Pilots are required to retest every two years to maintain the validity of their certificate.

The department is holding weekly training sessions to build familiarity with the drone, which has already been used in multiple circumstances, including in the search for Mengqi Ji, who has been missing since October, Craig said.

Most recently, the drone was used during a standoff at a home on Sun Court to provide an extra vantage point for law enforcement without risk to an officer.

"They just seem to be everywhere," said Major King, an assistant professor at the Missouri School of Journalism with hundreds of hours of drone piloting experience.

Although there still seems to be some ambiguity when it comes to the relatively new practice of drone police work, King puts it simply: "Don't be a jerk. That's the No. 1 rule for drone pilots."