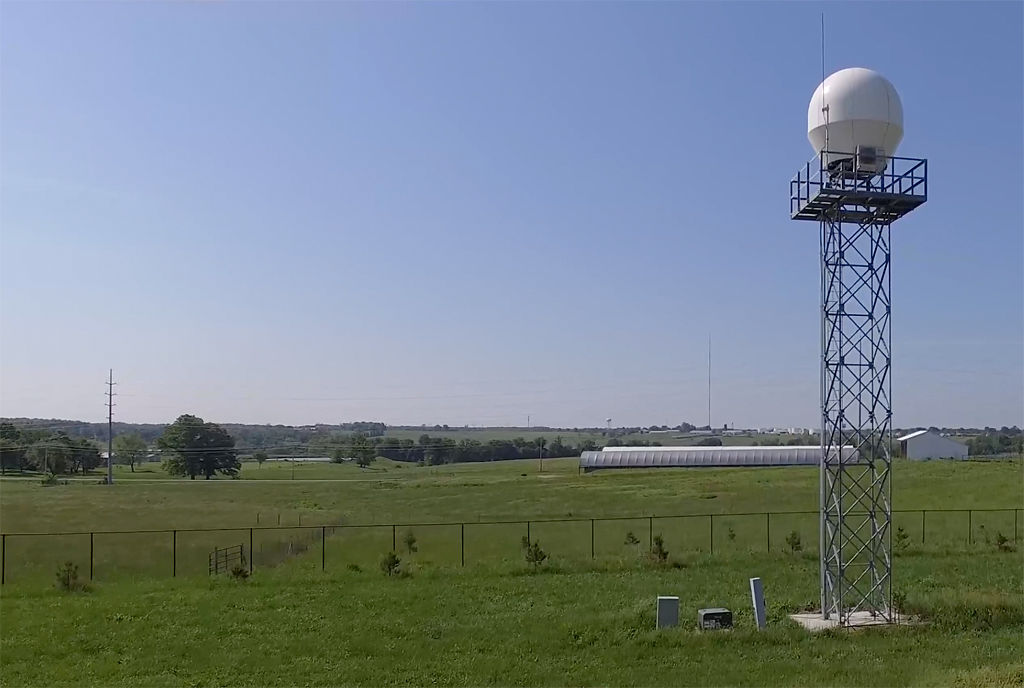 Researchers at MU have developed a new rain gauge that aims to make more accurate rainfall measurements. The researchers’ model uses radars to send microwave beams into the air, where they “bounce back” off of rain drops. By measuring the power of waves that bounced back, the researchers can get a better picture of what kind of rain drops are in the air.

Rain forecasts almost never seem to be entirely right. They could improve with a newly-developed model to measure and predict rainfall.

MU Associate Professor of Atmospheric Science Dr. Neil Fox and doctoral student Quinn Pallardy have been working for a little over four years to develop a more accurate way to predict rainfall.

Their new system won’t immediately make the overall weather forecasts noticeably better, Fox said. It could be a stepping stone for improvements in other areas of weather forecasting that would make forecasts more accurate in the future, he said.

Fox hopes this new model will be widely used by weather stations, which will improve the accuracy of predicting floods. It will also help improve observations for farmers to manage their irrigation along with planning, planting and pesticide application, Fox said.

In mid-Missouri, predicting rain can be hard because the closest weather radar is in St. Louis. The farther a location is from the radar and rain gauges, the harder it is to get an accurate picture of the weather.

This is the problem that Fox and Pallardy’s model tries to address. It uses radars to send microwave beams into the air, where they “bounce back” off of rain drops. By measuring the power of waves that bounced back, researchers can get a better picture of what kind of rain drops are in the air, Fox said.

Big rain drops don’t evaporate as quickly as small ones, so more big drops in the air means it is more likely to rain. Fox and Pallardy measure how much rain evaporates on its way to earth to more accurately measure rainfall.

Currently, most forecasts do not account for the evaporation that happens after the radar picks it up.

Their system works best in drier environments because humidity helps to keep the rain from evaporating. The model has so far only been tested in Missouri, but Fox plans to test it in multiple areas to confirm the results.