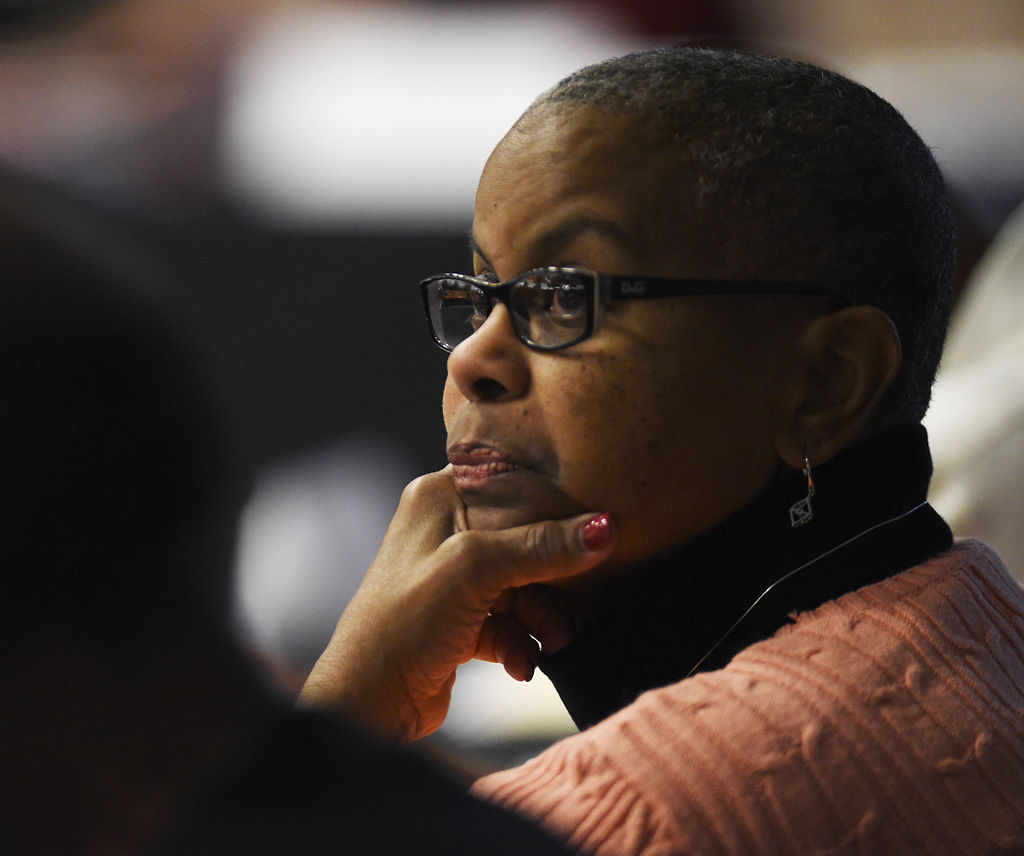 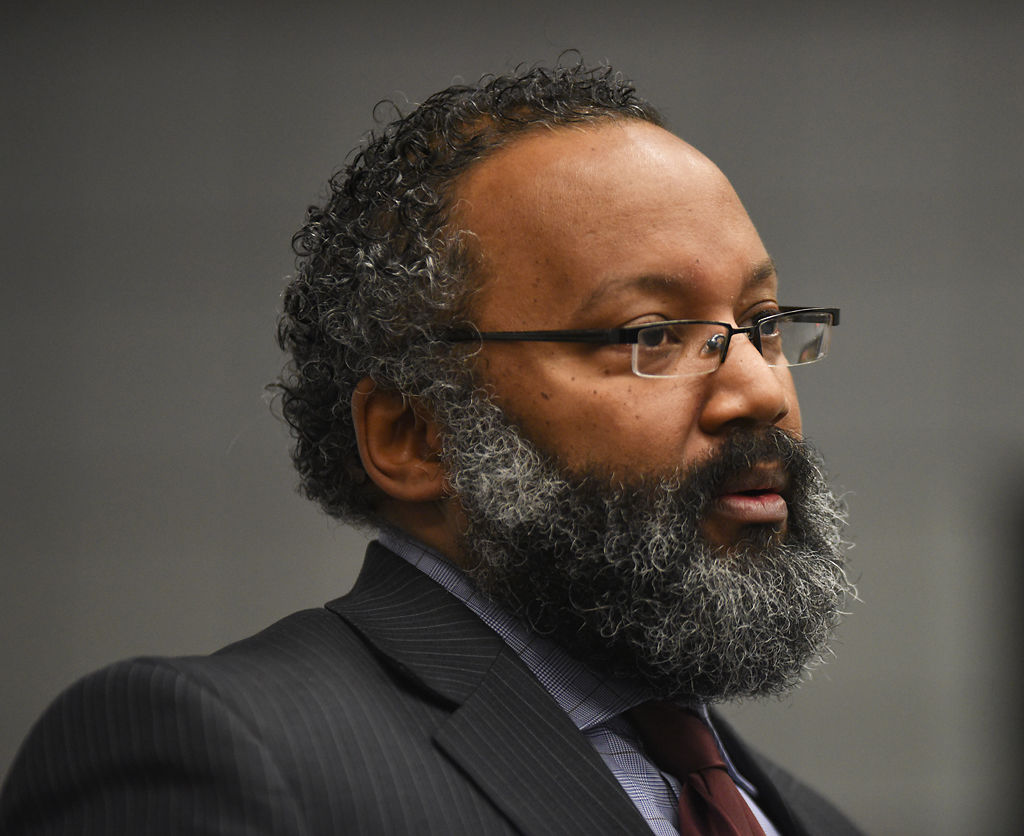 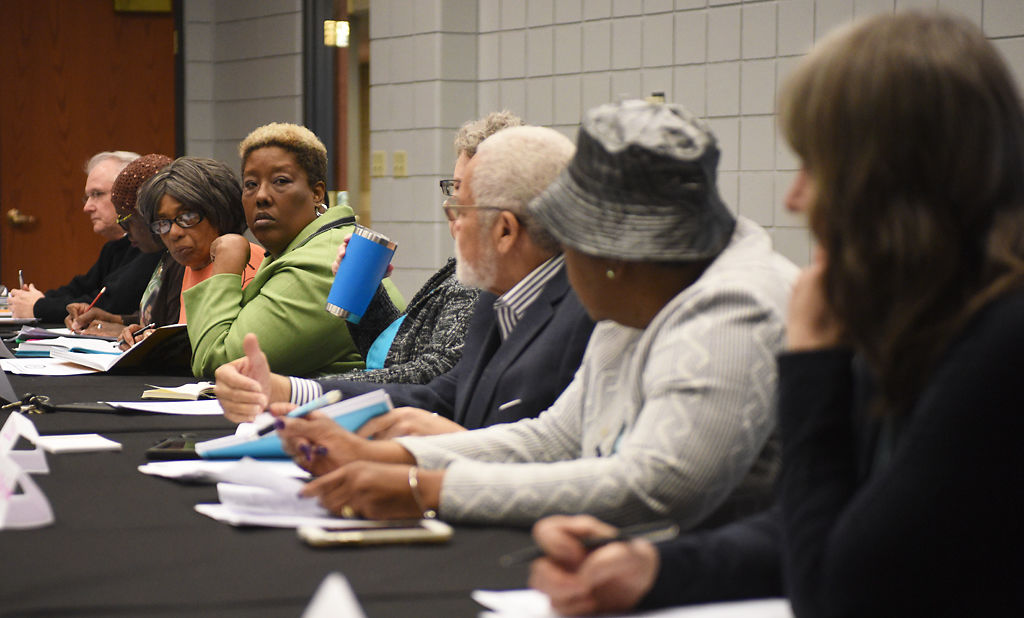 Suzanne Bagby, in green, listens as executive committee member Staci Pratt speaks about the Missouri State Lynching Project on Saturday at MU’s Gaines/Oldham Black Culture Center in Columbia. The members of Missouri NAACP discussed how it would be best to commemorate those who were lynched in the past. 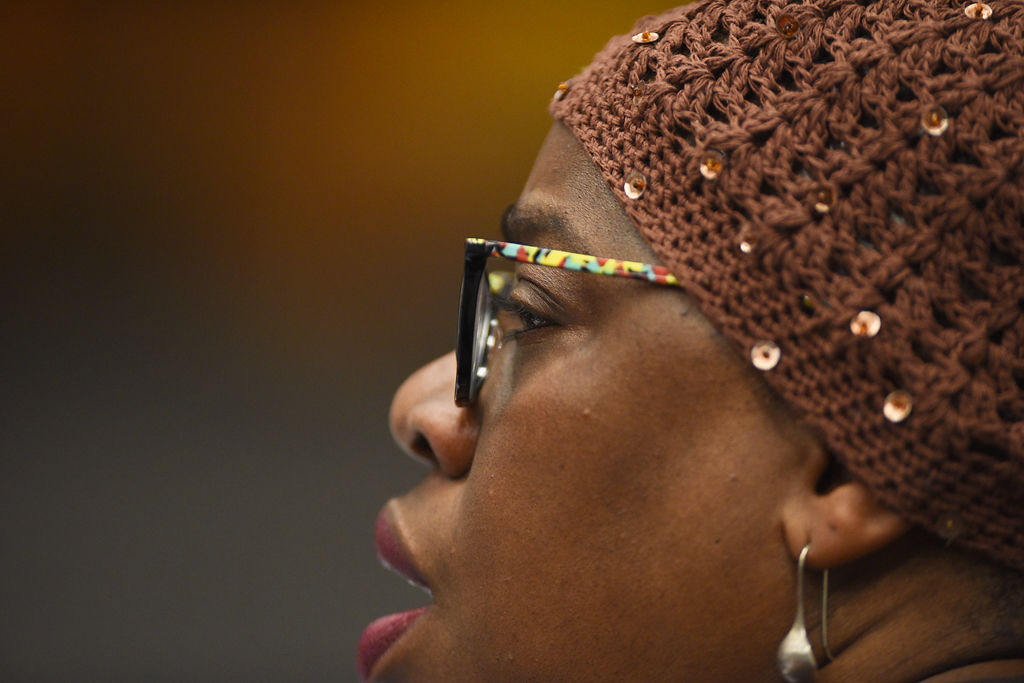 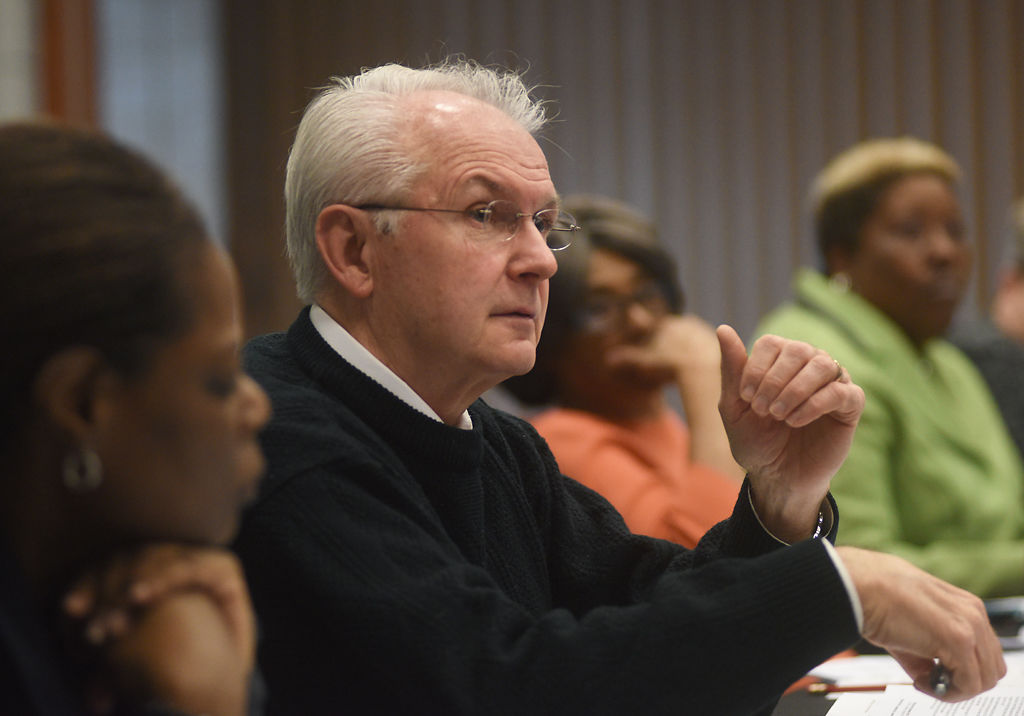 Former Governor of Missouri and executive member of the NAACP, Bob Holden, weighs in on a discussion about the current status of racial issues Saturday at MU’s Gaines/Oldham Black Culture Center in Columbia. Holden was named an executive member in 2016.

Suzanne Bagby, in green, listens as executive committee member Staci Pratt speaks about the Missouri State Lynching Project on Saturday at MU’s Gaines/Oldham Black Culture Center in Columbia. The members of Missouri NAACP discussed how it would be best to commemorate those who were lynched in the past.

Former Governor of Missouri and executive member of the NAACP, Bob Holden, weighs in on a discussion about the current status of racial issues Saturday at MU’s Gaines/Oldham Black Culture Center in Columbia. Holden was named an executive member in 2016.

“I always love it when white people tell us stuff that we already know,” Wilson-Kleekamp fired back.

The exchange highlighted an apparent divide in the state’s 109-year-old organization — a disconnect between Missouri’s NAACP and its Columbia branch, which some participants at Saturday’s meeting said had been inactive in recent years.

For Wilson-Kleekamp, it also marked the meeting of old guard with new and the friction that came with an older legacy civil rights group meeting a younger, often more confrontational group of activists.

Allegations of a stagnant Columbia branch

Saturday was the first time Wilson-Kleekamp, or any other Race Matters, Friends member, had attended an NAACP meeting, she said. The group attempted to join the Columbia branch, she said, but that never panned out.

“We’re filling the vacuum for our local chapter that’s not active,” she said. “They don’t announce meetings, they don’t have a newsletter, so we never have any idea what’s going on with that group.”

Rod Chapel, the head of the state NAACP and its Jefferson City branch, said there have been issues with the Columbia branch being inactive and with its president, Mary Ratliff. He said that’s one of the reasons Chapel took over as the organization’s state president, a position Ratliff held until early 2016.

“For example, we’re here and she’s not even here,” Chapel said regarding Ratliff, who was scheduled to be honored Saturday for her 27 years in the NAACP.

Ratliff said in a phone interview that she couldn’t make the state meeting Saturday because she had to attend a funeral and there had been confusion over scheduling.

She said allegations of the Columbia branch being inactive are unfounded and disgraceful.

“All the branches know how active the Columbia branch is,” she said.

Despite debates over the Columbia branch’s activity, Wilson-Kleekamp said there hasn’t been enough collaboration, and the NAACP hasn’t been benefiting from the kind of technology-forward and collaborative work that Race Matters, Friends has been doing for years.

Wilson-Kleekamp said they’re hoping to help bring more of a voice from Columbia and help guide the state’s NAACP to be more tech-forward. She said she hoped they would collaborate more with immigration and LGBTQ rights organizations.

Phyllis Knight of the NAACP’s St. Louis County branch said this was her first time hearing about Race Matters, Friends, but said she liked that they wanted to make their organization more inclusive to other groups like the LGBTQ and Latino communities.

“I want to see more from that mind frame,” she said. “That it’s not just a black thing anymore.”

Chapel said he’s already trying to implement more technology-forward approaches to their work, like utilizing video conferencing and getting more involved online. He said he’s excited to see what the NAACP and Race Matters, Friends can do now that they’re working together.

“I think some folks get used to one person being in charge of something ... and civil rights is not that,” Chapel said. “So, the work that Race Matters is doing is transformational in terms of redirecting conversations, ensuring that we’re going to stick to the issues, and ensuring that we’re going to speak the truth about what’s actually happening.”

Other topics discussed at the meeting included an update on the travel advisory, an overview of racial disparity in vehicle stops and a project to memorialize the victims of racially charged lynchings in the state.

Last June, the NAACP issued a travel advisory following the passage of SB 43, which made it more difficult to prove discrimination in lawsuits. In the meeting, Chapel reminded members about the advisory and said it would remain in effect until the issues have been fixed.

Don Love, who serves as chair of the human rights task force of Empower Missouri, spoke about racial disparity in vehicle stops across the state. Love said that because of the work of the Columbia NAACP chapter in communicating with the Columbia Police Department, Police Chief Ken Burton is working on drafting a policy for bias-free policing. He then urged members of NAACP chapters across the state to use data from vehicle stops to hold their local agencies accountable.

Staci Pratt, executive director of Missourians for Alternatives to the Death Penalty, spoke about a collaborative project with the NAACP, Black Archives of Mid-America and the Equal Justice Initiative to collect a jar of soil from every place in Missouri where a racial terror lynching occurred.

The project stemmed from Rep. Warren Love, R-Osceola, not being reprimanded for posting on his Facebook page that he believed vandals who defaced a Confederate monument should be “hung from a tall tree with a long rope.”

There was strong support from the room for the project.

“This is the way the NAACP, Race Matters and others can make sure Missouri acknowledges our past,” Chapel said.

The evening will start with a 6 p.m. work session about whether to enter an agreement with Boone County to build a sports fieldhouse at the Central Missouri Events Center, formerly the Boone County Fairgrounds