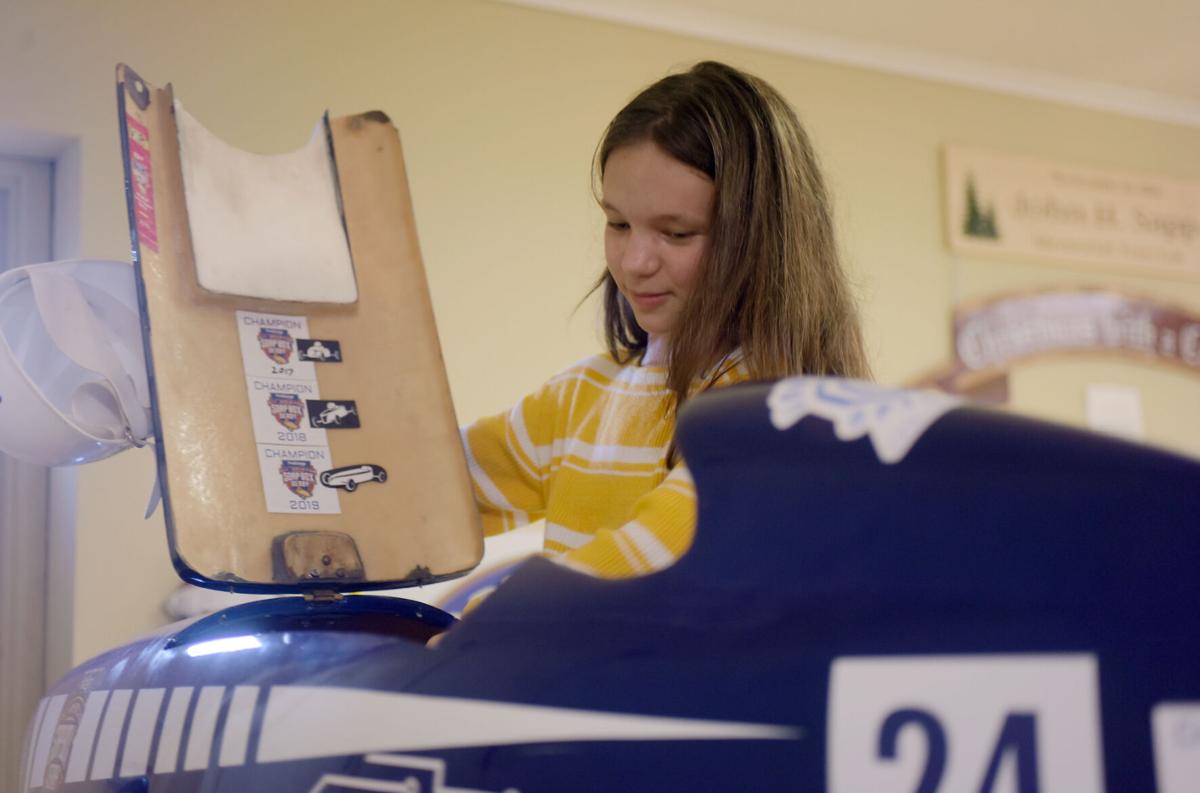 Paige Boomer checks her car Monday before the Soap Box Derby race Sunday at the Downtown Optimist Club in Columbia. The car was handed down to Boomer by Owen Schilling, who used it to win the previous three years. 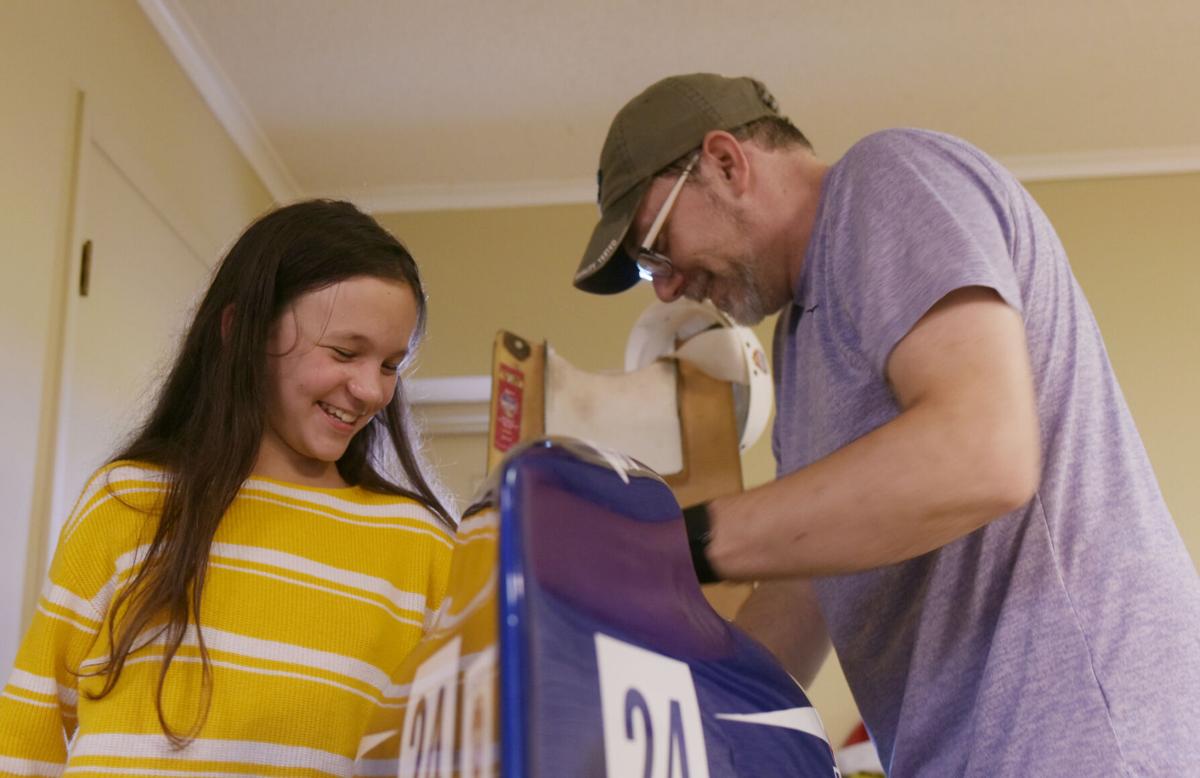 Paige Boomer, left, and her father, Paul Boomer, do last-minute checks of the car before the race Monday at the Downtown Optimist Club in Columbia. “We really worked hard on this," Paige said. "We had to do the entire floorboard so it took a while." The pair have worked on the car for almost 16 hours over the past week. 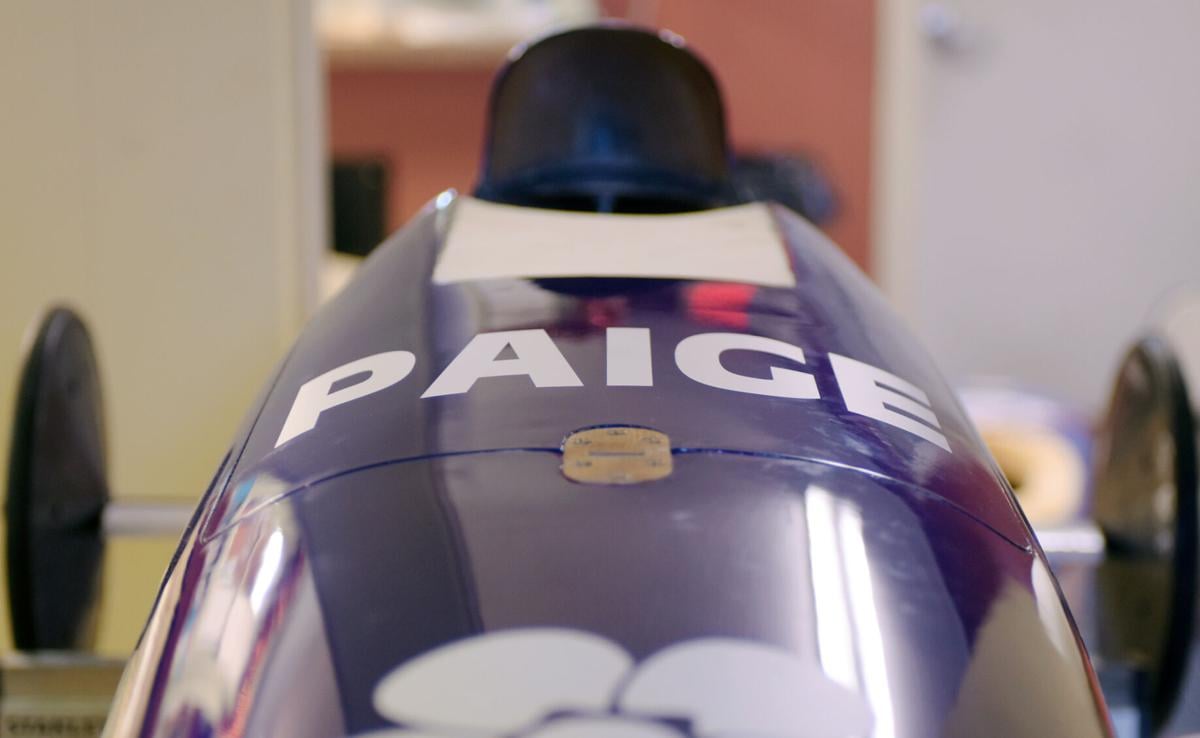 A car sits ready for the Soap Box Derby Monday at the Downtown Optimist Club in Columbia. This will be the first race since the COVID-19 pandemic. 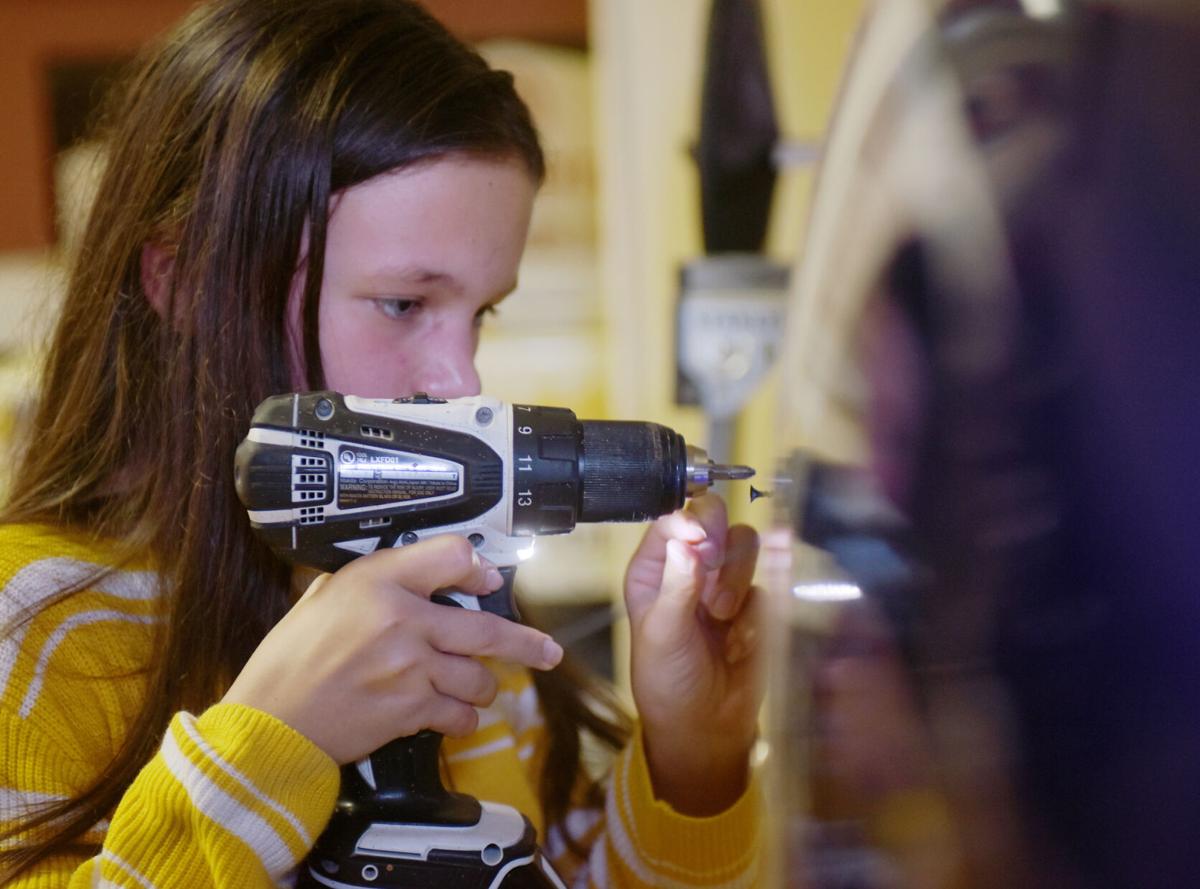 Paige Boomer puts some finishing touches on her car before the Soap Box Derby. “It can get pretty scary sometimes,” she said. This Sunday will be her second race.

Paige Boomer and her father, Paul Boomer, have spent 16 hours over the past four weeks working on their Free Fall Concepts Master Car in advance of Sunday's Mid-Missouri Soap Box Derby.

The navy blue car, which was used by the 2019 master car champion Owen Schilling, has been remodeled to be Paige's own, and her name is featured in white right in-front of the cockpit.

Boomer and 35 other racers spent Monday making final preparations to their cars at the Downtown Optimist Club, which sponsors the annual derby. This year's will be the first since 2019, given that the pandemic forced the cancellation of last year's event.

"We're excited to see the kids smiling and racing down the hill again," co-race Director Evan Schilling said. "It's such a fun family sport because the parents are directly involved, and it's just a great experience to be able to put families together to do something fun again."

Competitors are between the ages of 7 and 18.

Each of the cars has been passed down throughout the years thanks to the Downtown Optimist Club providing cars for the kids. It's one of the only clubs in the nation to do so. While most competitors spend nearly $1,000 on their cars, co-race Director Rick McKernan said, Columbia racers can get the cars for only $20.

"We don't want finances to eliminate any of these kids' opportunities to do this," McKernan said. "So over the years, the Downtown Optimist Club has bought 50 cars, and we let kids check them out like a library book."

This will be Paige Boomer's second year racing after competing in the stock car division back in 2019.

Paige's brother, Evan Boomer, who is 7, will also race in the stock car division. Paul Boomer said the derby might be becoming a family thing.

"It's enjoyable to spend some time with them while we're making tweaks on the cars and doing other stuff," Paul Boomer said. "So it's a learning experience for me for learning how to work with them from their points of view and watching them learn how to use tools that they'll use for the rest of their life."

The winners of the three divisions will move on to the international race, which will be held in Akron, Ohio, from July 20 to 24. McKernan said there won't be any losers Sunday.

"Everyone of those kids, because of what they learned from the Soap Box Derby, they're all better off at the end of the day than they were before the participated in the derby," McKernan said.

Races will begin at 8:30 a.m. Sunday and are expected to last six to eight hours. The racers will speed down Broadway from Seventh Street to Providence Road, where a line of hay bales will be placed to ensure the cars stop safely.

The event is free and open to the public.

"We're excited to be one of the first big events to open up after the year that we've had," Schilling said. "It's just a great opportunity to watch kids interacting with other kids and families interacting with each other. Making friends, making memories. It's just a really good time."

Racers hit the road in the Soap Box Derby

Thirty-six competitors between the ages of 7 and 18 raced down a 900-foot hill during the Sunday derby.