The change in leadership will replace the former executive director position with a three-person team entitled co-custodians, following Ragtag Film Society's collective leadership style, according to a news release from the organization.

Executive Director Jeremy Brown left the organization in June after three years at the helm. He furthered the financial stability and unification of Ragtag Cinema and the True/False Film Festival, the release said.

The trio plan to use programming and partnerships to continue serving film communities in and around Columbia, the release said.

The release provided this information about the new leadership team:

Banks, experienced in nonprofit management, had been a hospitality coordinator for True/False and managing director of Ragtag Cinema.

Cosgray, an art fanatic, was first a True/False operations director then later promoted to fest director.

Liberman, a film aficionado, was the education outreach coordinator and assistant box office director at True/False, edited publications, managed the programming team and was the organizations first chief people officer. 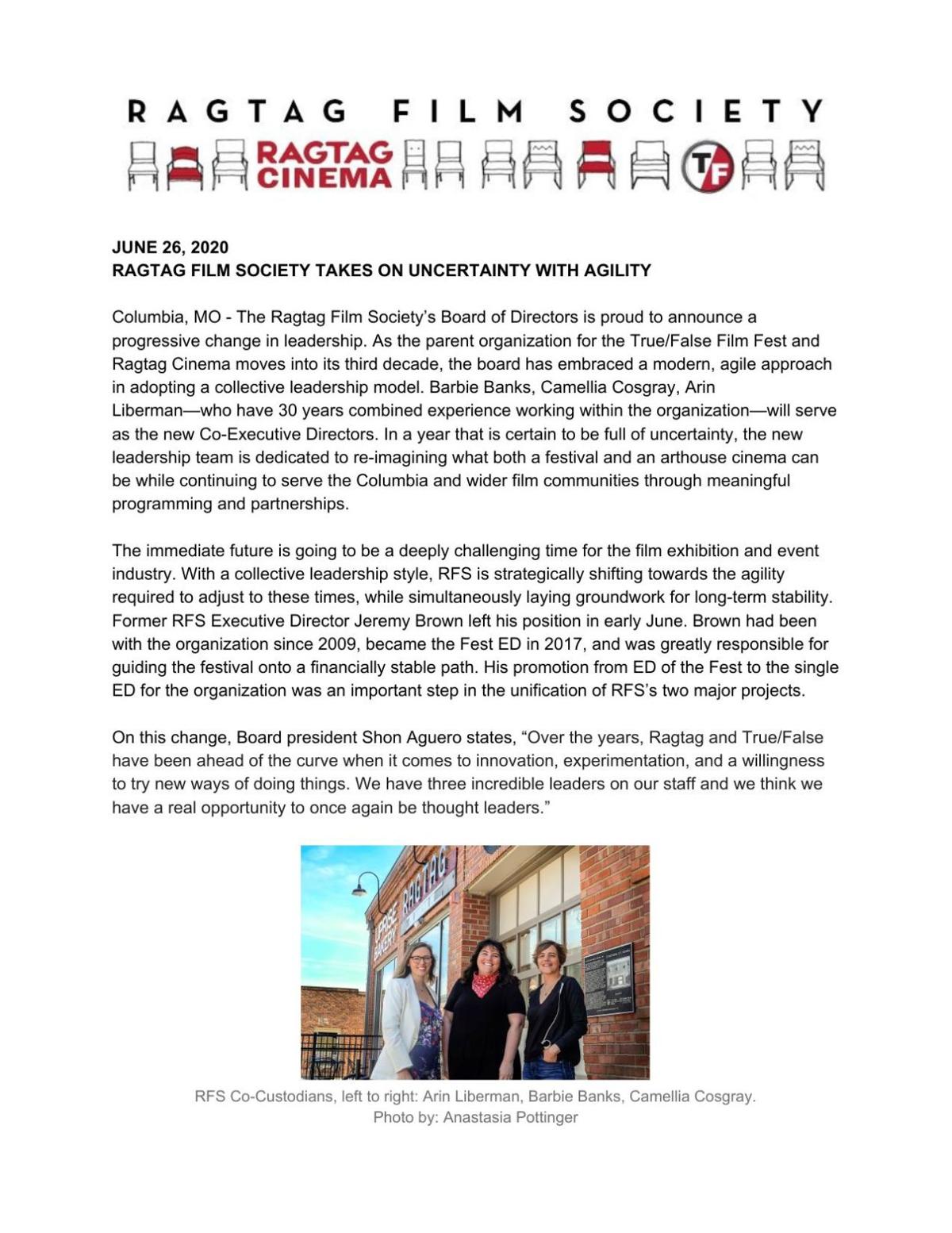 The organization recognized the "atypical" title. In the release, Ragtag Film Society said, "'custodian' in the context of RFS, is to serve as caretakers and protectors, keeping a flame alive — continuing to feed it with new ideas and sustenance so that it can, sustainably, burn on for a long, long time."

RSF said its festival and arthouse cinema will continue to strengthen the community through their ability to "amplify diverse experiences and identities."

The organization recognizes the difficult future ahead amid COVID-19 concerns but says in the release that the new team is committed to reworking what a film festival and cinema can look like.

Ragtag Cinema and the Rose Music Hall reopened to the public over the weekend. Ragtag reopened with screening of "Do The Right Thing" and "Sin…