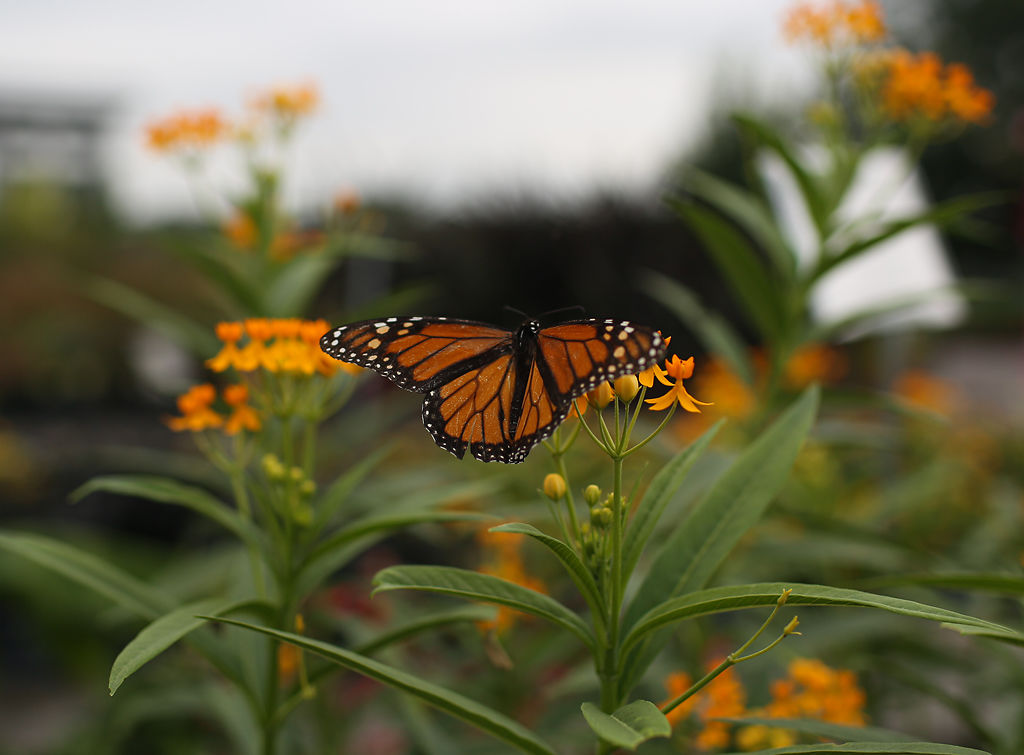 Monarch butterflies are heading south in their annual migration to Mexico

A monarch butterfly collects nectar from a butterfly weed flower on Aug. 31 at Helmi’s Garden in Columbia. Monarch butterflies are heading south in their annual migration to Mexico. 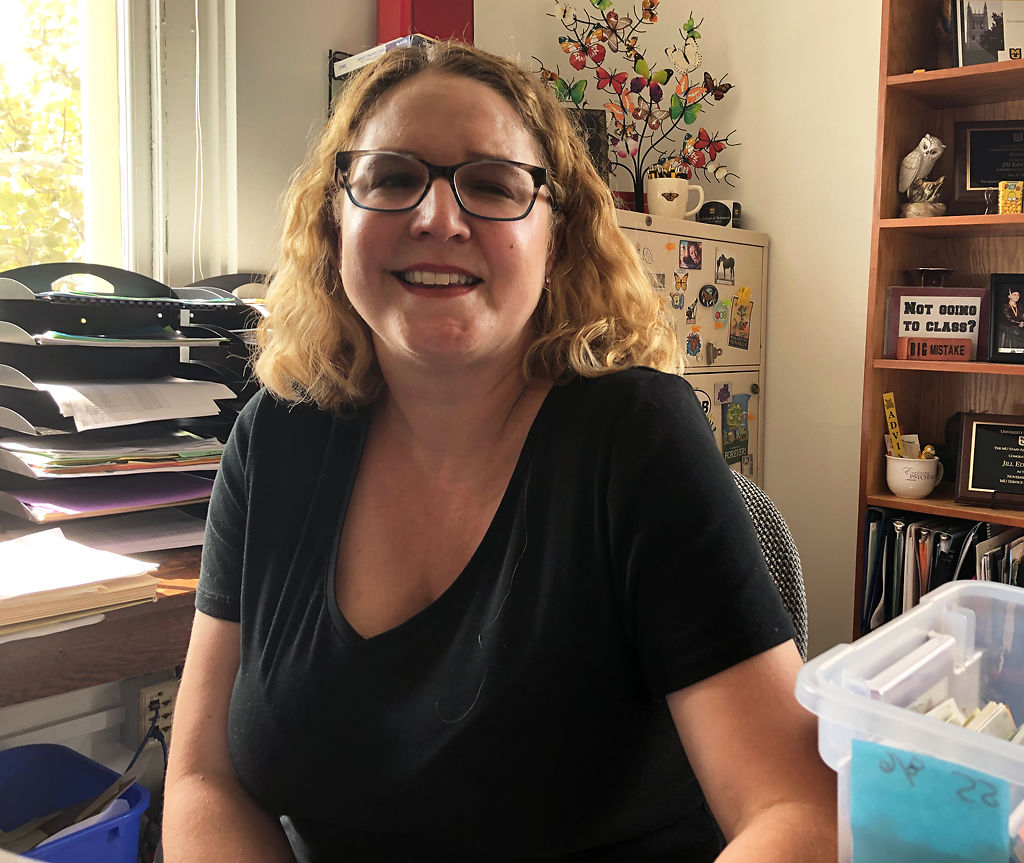 Jill Edwards is an MU senior academic adviser in the psychology department. She raises monarch butterflies in her free time.

Monarch butterflies are heading south in their annual migration to Mexico

A monarch butterfly collects nectar from a butterfly weed flower on Aug. 31 at Helmi’s Garden in Columbia. Monarch butterflies are heading south in their annual migration to Mexico.

Jill Edwards is an MU senior academic adviser in the psychology department. She raises monarch butterflies in her free time.

If you’ve noticed more monarch butterflies fluttering around Columbia lately, it’s probably not your imagination. But don’t let them fool you: They’re not out of the woods, yet.

The monarch butterfly population has been declining for the past two decades, reaching a record low in 2013. Causes for the decline include extreme weather events, habitat loss and pesticide use.

But last year’s annual population count found that monarch population numbers in the area east of the Rocky Mountains, including Columbia, increased 144% from the previous year, according to Monarch Joint Venture, a nationwide coalition of organizations dedicated to protecting monarchs.

The same might hold true for this year, but it’s too soon to know for sure. In any case, it’s natural for insect populations to fluctuate year to year, Monarch Joint Venture communications specialist Cora Lund Preston said.

The organization has received many calls this summer from people who said they have been seeing more monarchs than usual.

“Lots of people are seeing lots of monarchs this year, so it’s a very good sign,” Preston said. 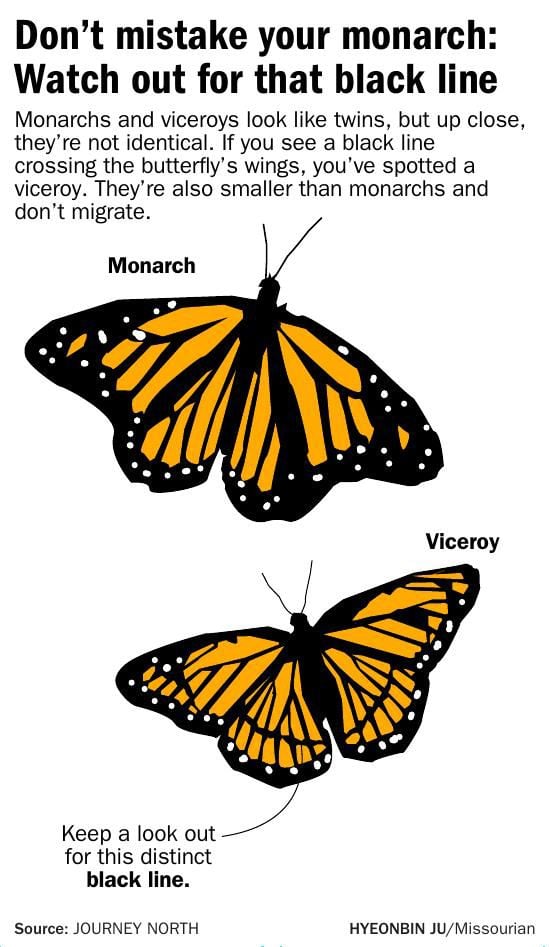 The population count of monarchs happens over the winter in Mexico, where monarchs gather after making their journey south. Since the count this year won’t happen until then, it’s difficult to say what the population is, Preston said.

However, many conditions this year are similar to last year.

One big factor that impacts the monarch population is weather, which Preston said has been favorable for the butterflies.

“There are multiple times during the year where the weather is very important,” Preston said. “While (the monarchs) are overwintering, they’re very vulnerable to extreme weather events, which are becoming more and more common” with climate change.

Another important time for monarchs is the spring, when they leave Mexico to travel north through the U.S. and into Canada.

“They need blooming flowers, nectar plants for the adults to fuel up on so they have enough energy to reproduce and start the journey north, and then they also need ample milkweed,” Preston said.

Milkweed is a native plant monarchs lay their eggs on. After hatching, the caterpillars eat the milkweed. Having enough of it is important for monarchs to survive.

“Basically, when the milkweed is doing well and growing well, and when there are not limiting extreme weather events, then it can be a good year for monarchs,” Preston said.

Other than good weather, Preston said another factor that contributed to the increase in numbers last year was the efforts across the region to protect monarchs.

“We are hopeful that is also making a difference and that if we continue doing this habitat work, and really continuing to scale up our efforts, we’re hopeful that we can continue to see a rising population,” Preston said.

The monarch population is measured in hectares, and one hectare is equal to almost 2½ acres. Preston said a national goal in the conservation community is to have an average of six hectares of forest occupied by monarchs at their overwintering site in Mexico.

While the population did reach that goal last year, it’s still not the average.

People can help monarchs in Missouri by planting native plants, including milkweed and nectar plants.

“The No. 1 thing that people can do themselves is to keep in mind that no area is too small when it comes to putting in native plants,” said Ryan Lueckenhoff, a private land conservationist for the Missouri Department of Conservation in Columbia.

Jill Edwards, an MU senior academic adviser in the psychology department, raises monarch butterflies in her free time. The biggest challenge is making sure they have enough milkweed to eat when they’re caterpillars.

Each day, she cleans out their net houses, a mesh habitat for the monarchs, and provides new milkweed. During the busiest time of the year, Edwards said that might take her up to 2½ hours.

Edwards said it’s been a good year for monarchs and other types of butterflies as well, which she said have an easier time since they often eat more than one thing. But she’s working on bringing up her monarch babies to do better than the previous generation.

“I like to tell my caterpillars, ‘In this world, if you only eat one thing, that can be trouble.’ And so I’m always telling them, ‘Try something else, maybe you want to eat something else, just because it’s scary if you count on one thing in this world,’” Edwards said. “With climate change and everything else that’s happening, I really worry about them.”

According to the Monarch Joint Venture website, there are some risks associated with raising monarchs. But people are encouraged to do so responsibly “in small numbers, for outreach, personal enjoyment or citizen science.”

A citizen science activity that can help experts get a better picture of what’s going on with the monarch population in the summer is to report observations to programs like Journey North and the Monarch Larva Monitoring Project.

“It is challenging when they’re distributed all over the country, but it’s very valuable to have that data of how the summer population is doing for research analysis,” Preston said.

Lueckenhoff said he’s noticed a growing number of people in Columbia taking an interest in monarchs.

“There’s been more and more people out there that are becoming aware of what monarch populations are doing and just about pollinators in general,” Lueckenhoff said. “And with that awareness, it seems like you have more and more people that are looking into doing native plantings on and around their property.”

Edwards has also noticed people in Columbia making a difference and is hopeful for the future.

“I’m hoping that the trend just keeps going up, because butterflies are outstanding,” Edwards said. “They’re the coolest. They’re magic.”