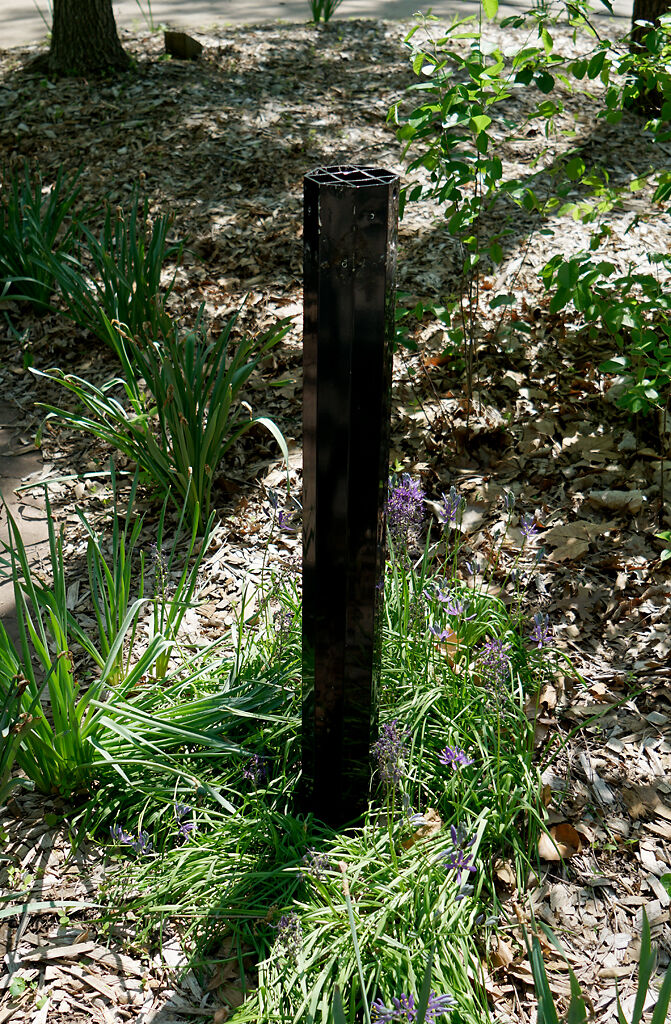 The stand for the James T. Scott Memorial stands without its plaque Friday on the MKT Trail in Columbia. Nick Foster, a member of the Community Remembrance Project of Boone County, guessed the vandalization of the plaque might have happened overnight Wednesday. 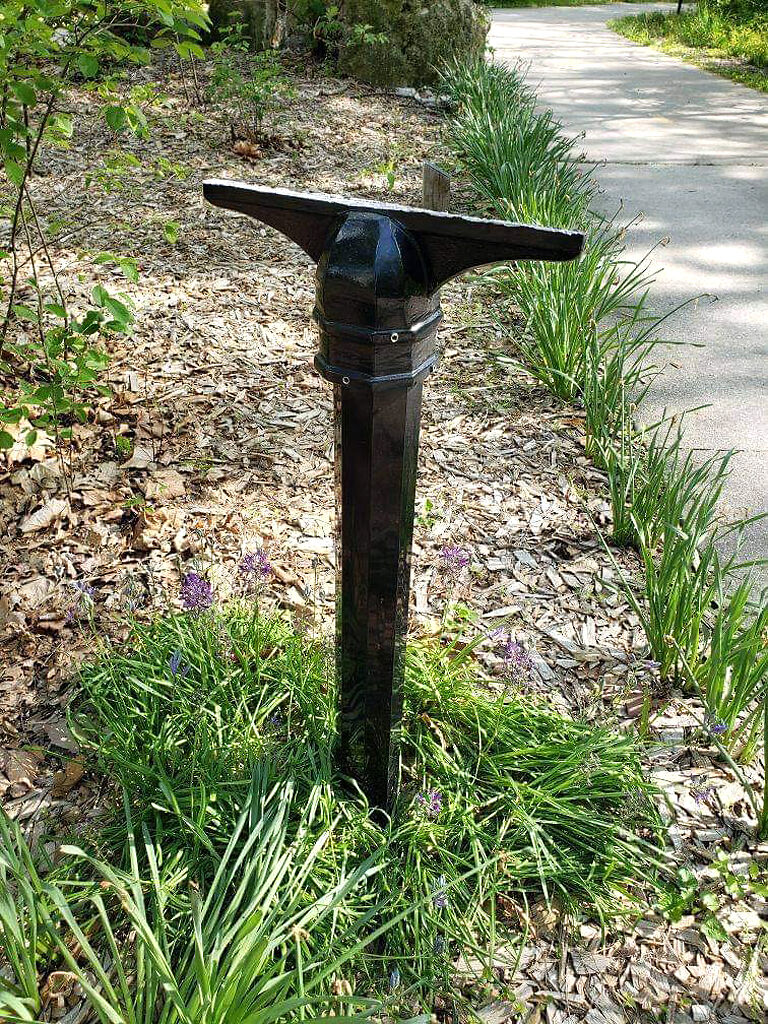 The pedestal for the marker honoring the memory of James T. Scott is all that remains after the plaque appeared to be "sheared away" this week by the MKT Nature & Fitness Trail near the Stewart Bridge Road site in Columbia.

The stand for the James T. Scott Memorial stands without its plaque Friday on the MKT Trail in Columbia. Nick Foster, a member of the Community Remembrance Project of Boone County, guessed the vandalization of the plaque might have happened overnight Wednesday.

The pedestal for the marker honoring the memory of James T. Scott is all that remains after the plaque appeared to be "sheared away" this week by the MKT Nature & Fitness Trail near the Stewart Bridge Road site in Columbia.

Updated at 2:45 p.m. with information from a city news release.

On April 29, the memory of James T. Scott, a Black man who was lynched by a mob 98 years ago, was honored at his memorial plaque by the MKT Nature & Fitness Trail near the Stewart Road Bridge site in Columbia.

A week later, the plaque appears to have been "sheared away," leaving just the pedestal of the marker, the Community Remembrance Project of Boone County announced in an email Friday morning after a social media post on the removal circulated Thursday night.

MU journalism student Katelynn McIlwain, who first tweeted about the missing plaque, said she saw the vandalized memorial herself around 8 p.m. Thursday after being tipped off by Keslie Spottsville, secretary of the Black Archives of Mid-America in Kansas City. Spottsville, who McIlwain said was instrumental in coordinating the local CRP chapter in Boone County, said the vandalism of the plaque is “what racial terror looks like.”

“I was just in disbelief—I couldn't believe that a week after the initial ceremony, someone would do something like that,” McIlwain said. “As a young Black person in a city where I’m not from, and to live across the street from where that happened, I can’t lie and say that it doesn’t shake me up a little bit.”

According to a recent press release from the City of Columbia, they are partnering with MU to temporarily repair the current marker and eventually create a new one in remembrance of Scott’s murder.

"It is yet another sign of how much work we have to do to combat racism in our community," University of Missouri President Mun Choi said. "The University remains committed to ensuring that we are a welcoming community for every person of every color.”

Derrick Fogle, better known as Hacky Sack Man by MU students and Columbia locals, replied to McIlwain’s tweet, adding that many Black Lives Matter yard signs had been defaced on the streets near MKT Trail and expressing the desire to hold those who vandalized Scott’s memorial plaque accountable for these defacements as well.

“For some people, talk of social justice and equity for marginalized communities threatens them because it disrupts the systems of white supremacy,” McIlwain said. “As these conversations continue and become more popular, there are a group of people who are threatened and afraid of that and will go to these lengths, torching a plaque, to kind of vent that fear."

The Columbia Police Department says it is investigating the vandalism and any leads it may have. The department is also working with Columbia Parks and Recreation to increase security at the site.

Columbia Police Chief Geoff Jones asked anyone with information regarding the vandalism to contact the police department or Crimstoppers.

"Those responsible should know the blatant disregard for the significance of this man’s death and the site is not welcomed here," he said.

Nick Fowler of the Boone County Community Remembrance Project said the organization was alerted of the theft by an MU professor after a friend of theirs went biking and noticed the plaque was missing. He added that the CRP is somber and disappointed in light of the vandalism and unsure what the coming days will bring.

"The pedestal for the marker is all that remains. ... The CRP became aware of this yesterday evening and contacted authorities who will investigate today," the CRP said in the email.

The marker's plaque was recovered nearby, according to a Friday news release from the city. The city and MU plan to replace it "as soon as possible," according to the release. City staff will create a temporary repair in the meantime.

In 1923, Scott, then a janitor at MU’s medical school, was accused of rape when a 14-year-old girl, Regina Almstedt, followed a man to a set of train tracks and was violently assaulted, the Missourian reported. When she told her father and the police were called, Scott was picked out of a lineup as the man who committed the assault. One week later, a mob of more than 1,000 people led by City Councilperson George Barkwell walked into the Boone County Jail under the courthouse, broke Scott out and dragged him to the Stewart Road Bridge.

Once they arrived at the bridge, the mob grew to over 2,000 strong, including members of the Missouri National Guard, who had been deployed to protect Scott. As Barkwell was tying a noose around Scott’s neck and tying the other end of the rope to the side of the bridge, Hermann Almstedt, Regina’s father, tried to convince the crowd that there was a chance Scott did not rape his daughter and asked them to wait until Scott could have his day in court. Some in the crowd said that Almstedt should be lynched, too. Scott was killed around 1:40 a.m. April 29, 1923.

The marker, with the plaque reading, "Lest We Forget: Lynching at the Stewart Road Bridge," was installed in 2016 after MU's Association for Black and Graduate Professional Students donated it to the city of Columbia. The soil collection and plaque rededication ceremony took place on the 98th anniversary of his death.

"This act further proves that the work of racial healing is so important," the CRP added in the email. "The CRP will not be deterred by acts of fear such as these."