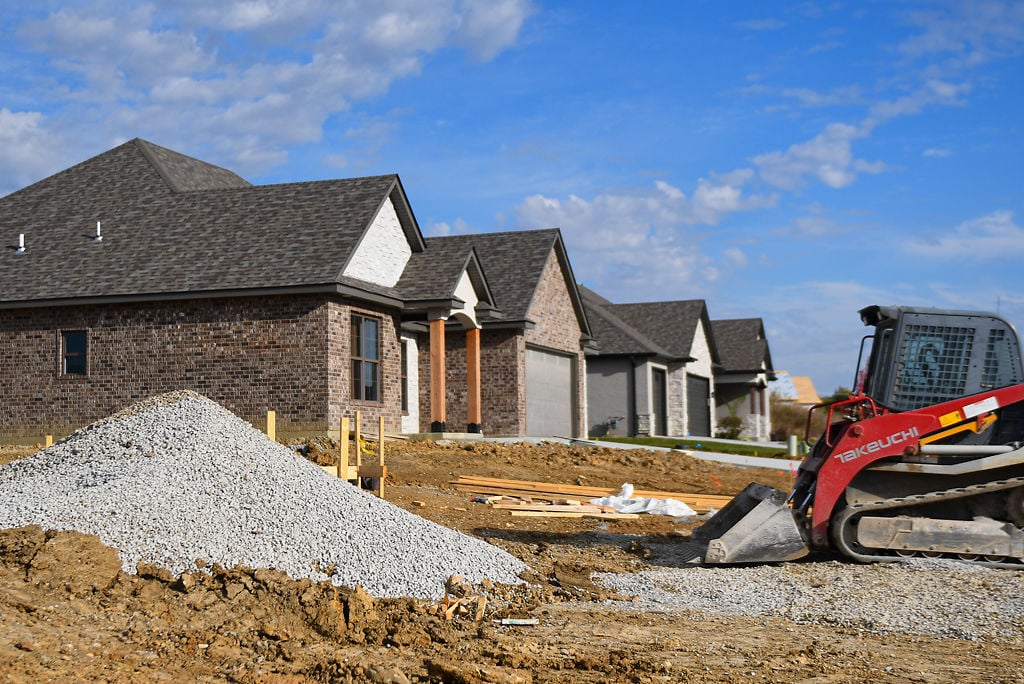 A pile of gravel awaits use in construction Saturday in the Old Hawthorne neighborhood next to recently finished, identical houses. Across the street, a $770,00 single-family home was recently completed. 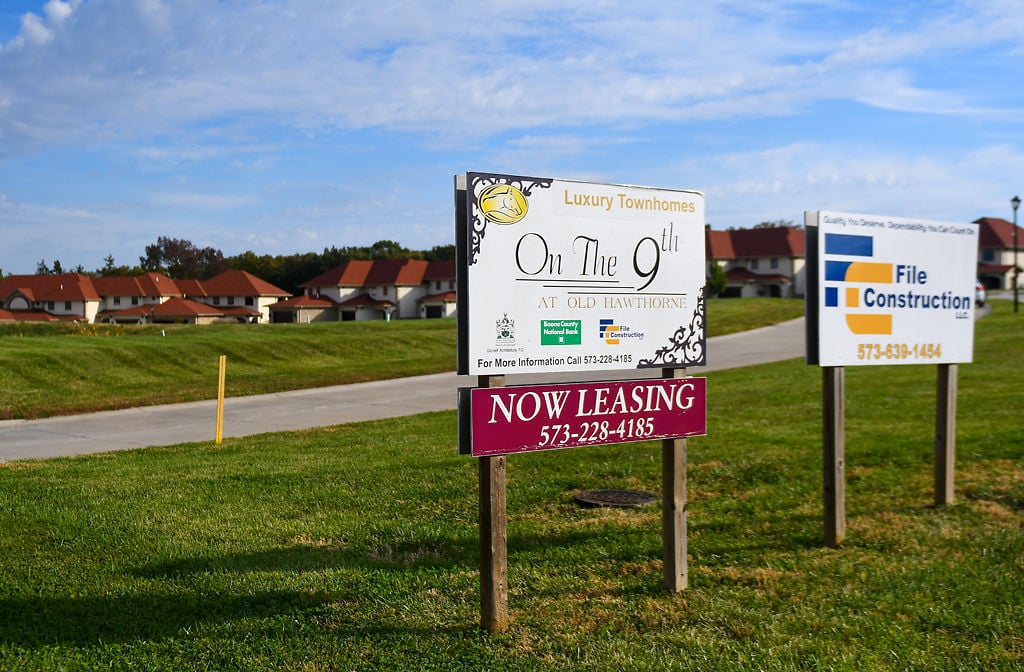 Leasing signs advertise the new luxury townhomes recently completed Saturday. Amongst the large, identical houses, signs of construction can be seen in the companies advertising, fresh lumber, and large dumpsters throughout the neighborhood.

A pile of gravel awaits use in construction Saturday in the Old Hawthorne neighborhood next to recently finished, identical houses. Across the street, a $770,00 single-family home was recently completed.

Leasing signs advertise the new luxury townhomes recently completed Saturday. Amongst the large, identical houses, signs of construction can be seen in the companies advertising, fresh lumber, and large dumpsters throughout the neighborhood.

The city has set aside more than $5 million for affordable housing programs over the next five years, hoping to mitigate the trend of soaring housing costs in the city.

The sale of homes worth $400,000 or more in the Columbia school district increased by 49% from 2016 to 2018, and there remains an eight-month supply of such homes, according to a fact sheet published by the city’s Housing Programs Division on Sept. 3. Meanwhile, the sale of homes worth $200,000 or less decreased by 4%, and only a two-month supply exists.

Home prices in Boone County have also seen an increase. For single-family homes over the same time period, there was around a $30,000 increase in the average price of homes and about $25,000 increase in the median price from 2014 to 2018, according to statistics by the Columbia Board of Realtors. 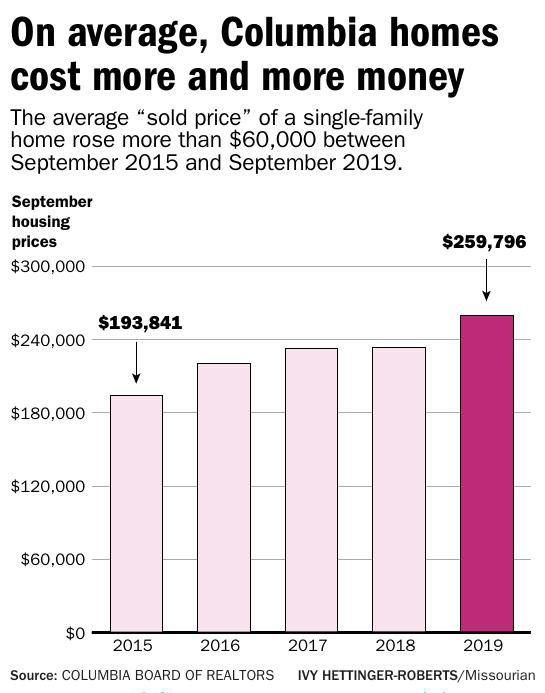 It is getting more and more challenging to own homes in Columbia because of the cost of materials, permit fees and land costs, said Brian Toohey, chief executive officer of the Board of Realtors.

“It just makes homeownership not affordable for some people because of the cost of ownership, unfortunately,” he said.

In Columbia, 55.7% of home renters and 26.9% of homeowners as of 2017 were spending more than 30% of their income on housing, which meets the definition of a housing cost burden, according to the fact sheet. Households that spend that much have less money available for healthy foods, health care or other vital household needs, the fact sheet noted.

Randy Cole, housing programs manager for the city, said the reasons for the rising home prices are national and state trends regarding demographics, market and policy.

Cole said expensive housing leads to housing instability that perpetuates the cycle of poverty. He noted that the mortgage interest tax deduction cost the federal government about $40.7 billion in 2018, but it spent less than $30 billion that year on rental assistance and public housing programs.

“There’s such a direct correlation to needing housing stability first before you can really improve your lives,” Cole said.

The 2020-24 consolidated plan, developed by the Housing Programs Division, won the approval of the City Council on Oct. 7. It calls for spending nearly $5.3 million on affordable housing initiatives.

The plan divides the money into programs in three categories: homelessness, rental assistance and homeownership/home rehabilitation. Here’s a breakdown of how the money will be spent: 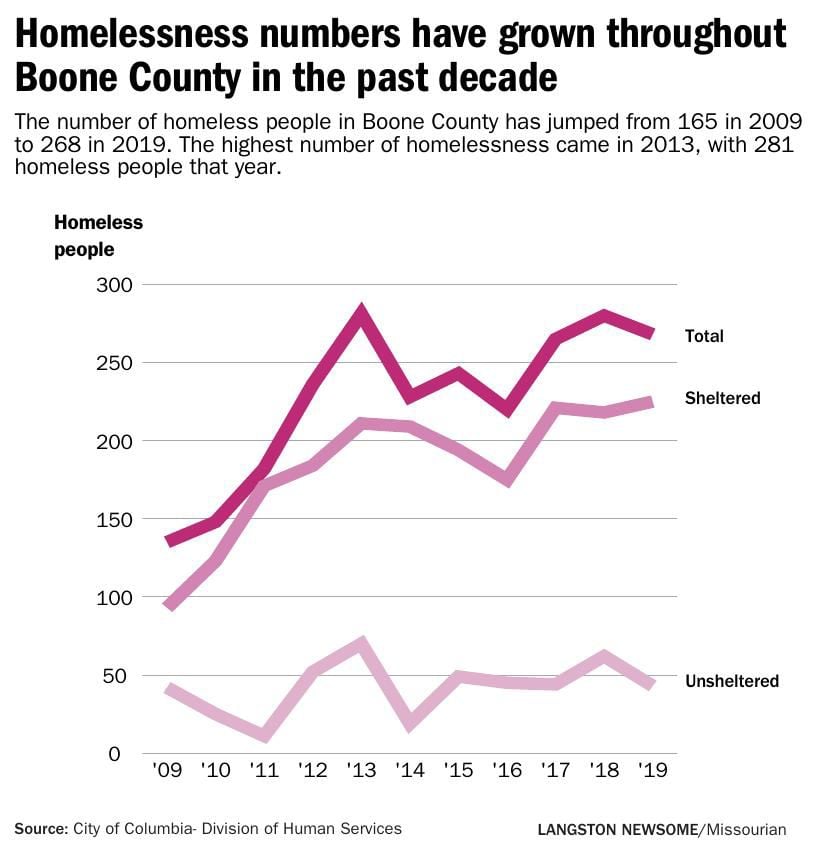 Cole said he also hopes to address racial disparities in the number of homeowners in Columbia. There was a gap of more than $100,000 in median wealth holdings between white and black people at the end of 2011, according to the fact sheet.

Cole said that during his eight years in Housing Services, the city and organizations such as Show-Me Central Habitat for Humanity and the Columbia Housing Authority have made good efforts to boost affordable housing but that the needs are outpacing the resources.

“A lot of people in the community have realized that housing is a really important item,” Cole said, adding that there is no need for the city “to reinvent the wheel.”

“Just support all the good efforts we already have,” he said.

Why are Columbia housing prices on the rise?