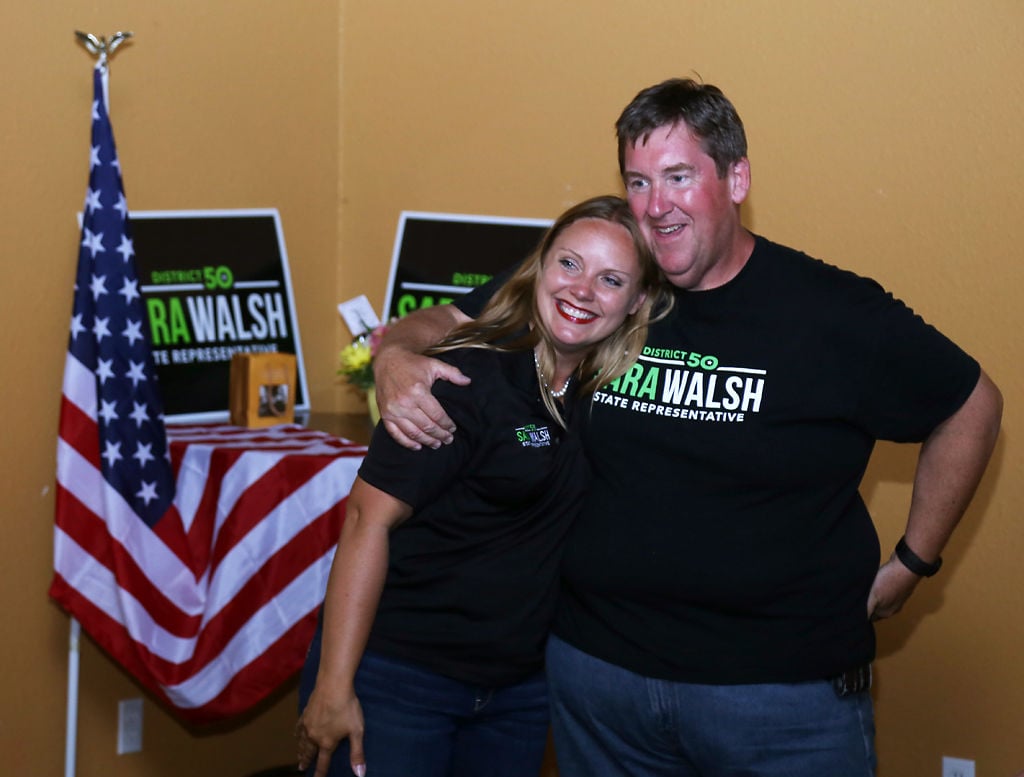 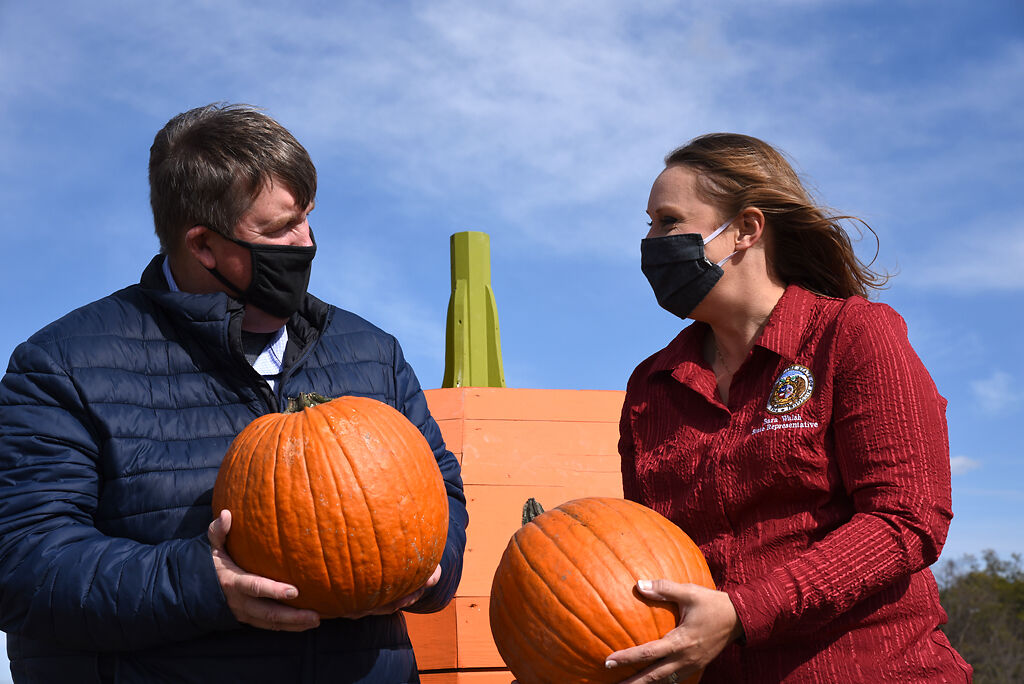 Rep. Sara Walsh and her husband, Steve Walsh, look at each other to decide if they found a good pumpkin Oct. 18, 2020, in Ashland.

Rep. Sara Walsh and her husband, Steve Walsh, look at each other to decide if they found a good pumpkin Oct. 18, 2020, in Ashland.

"It saddens my heart to share that this morning my best friend and beloved husband Steve Walsh was welcomed to Heaven’s glory into the arms of Jesus Christ his Lord and Savior," Sara Walsh wrote.

She thanked everyone who has been praying for her and her husband and stated that arrangements are pending.

Steve Walsh, 63, was the communications director for U.S. Rep. Vicky Hartzler, and he had been hospitalized with COVID-19 and placed on a ventilator about two weeks ago, the Missourian has reported. Sara Walsh also had COVID-19, but was never hospitalized and recovered at home. Neither Walsh nor her husband were vaccinated.

"I am saddened at the loss of Steve Walsh, who served my office and Missouri's Fourth District admirably for the past decade," Hartzler shared in a statement. "We loved Steve for his enormous heart, passion for life, and the joy he brought to everyone who was lucky enough to meet him. His love of God and his beautiful wife, Sara, was undeniable."

Gov. Mike Parson held a moment of silence Thursday for the Walshes during his speech at the Governor's Ham Breakfast at the State Fair.

"We wish Sara’s family comfort and peace at this time," he wrote in a tweet expressing his sadness. Parson described Steve Walsh as a "proud Missourian and a dedicated husband."

"Steve was a great guy — always quick to bring humor and optimism to any situation," Sen. Caleb Rowden, R-Columbia, shared in a tweet Thursday morning. "He had a heart for people and for this state."

Lt. Gov. Mike Kehoe also shared his condolences. "Steve Walsh was a true professional, an incredibly kind man of strong faith, and he was our friend."

Steve Walsh had worked as a news anchor and reporter for the Missourinet Radio Network over a decade ago. He held a bachelor's degree in history and political science from Concordia University.

While Steve Walsh was sick, a special prayer service was held for him Aug. 5 at Ashland Baptist Church, where the Walshes are members.

Sara Walsh announced she had recovered from COVID-19 and was out of quarantine in an Aug. 14 tweet. "My husband is past the virus/quarantine, but still recovering & hospitalized," she wrote.

She is running for Missouri’s 4th District seat in Congress, now held by Hartzler, who is vying for the U.S. Senate.

Rep. Sara Walsh's husband hospitalized with COVID-19 and on a ventilator

Sara Walsh has also been sickened by the virus but has not been hospitalized.