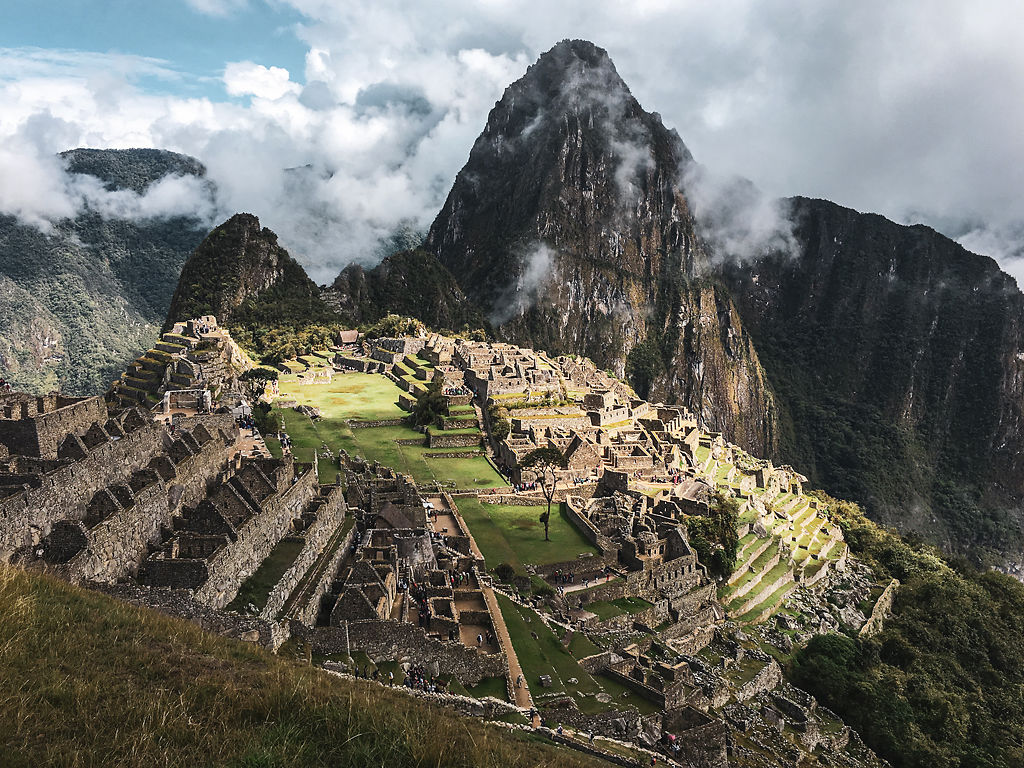 Solidum went to Peru during his time backpacking in South America. "Machu Picchu is one of the most incredible places I have ever seen and will ever see,” Solidum said. 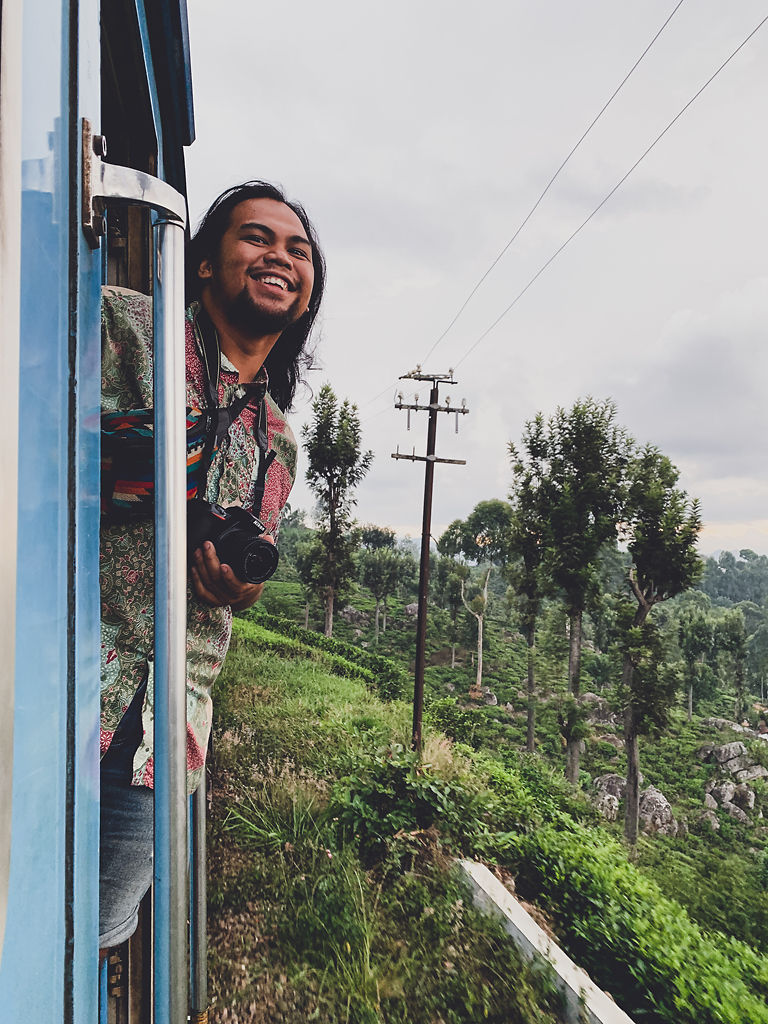 Elijah Solidum is hanging out of Sri Lanka’s iconic blue train, a ride through the mountains and forests that cost less than $2 for a 6-hour journey. 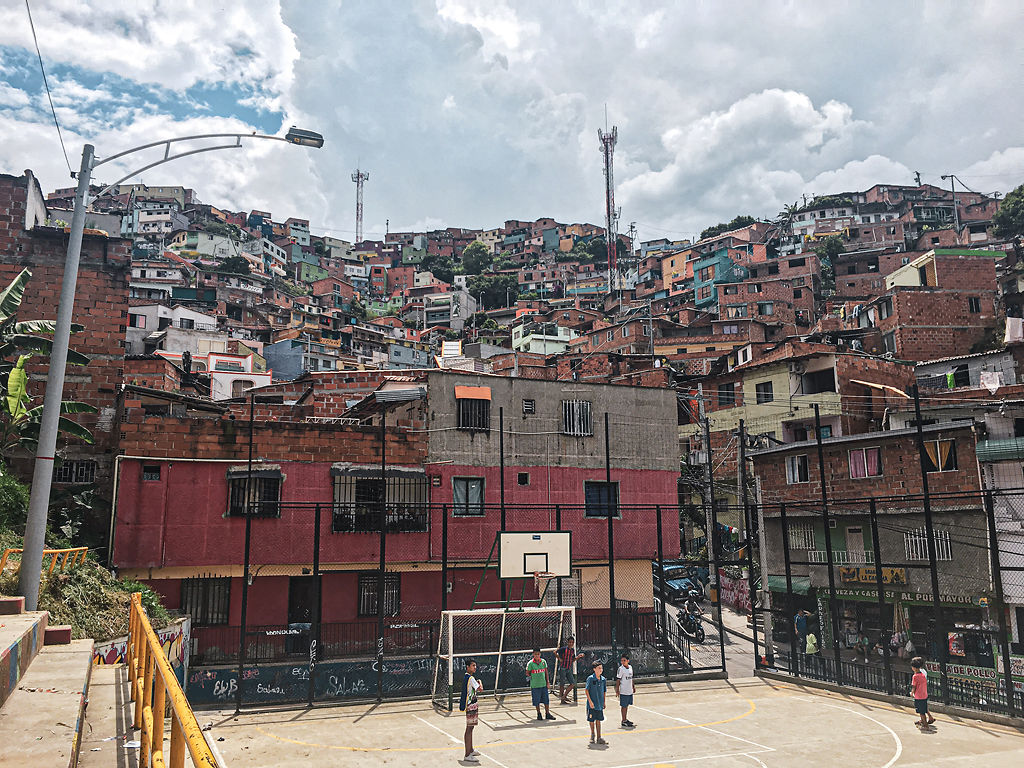 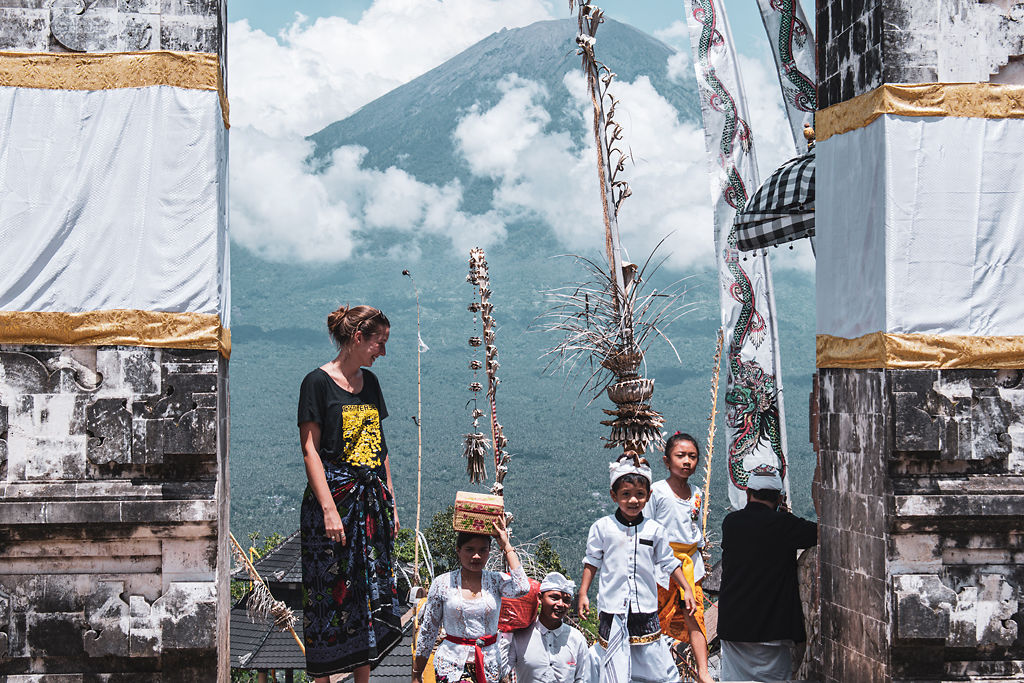 Solidum went to Peru during his time backpacking in South America. "Machu Picchu is one of the most incredible places I have ever seen and will ever see,” Solidum said.

Elijah Solidum is hanging out of Sri Lanka’s iconic blue train, a ride through the mountains and forests that cost less than $2 for a 6-hour journey.

He also thinks of himself as a global citizen.

Whether enjoying karaoke jams in Barcelona or crushing beers in Bangkok, Solidum has been sharing stories and experiences on his blog, The Partying Traveler, for the past three years, amassing an audience of about 550,000.

Some of his posts include My Top 10 Favorite Cities in the World, The Ultimate Guide to Nightlife in Prague and The Best Hikes To Do in Columbia, Missouri.

“I think a lot of my favorite stories are the stories that are with you and a group of strangers having an unreal amount of fun,” Solidum, a 2016 graduate of MU, said.

Solidum, 24, was born in the Philippines and attributes his nomadic lifestyle to moving around a lot as a kid while his mother accepted better job opportunities. He lived in New York and New Hampshire before coming to Nevada, Missouri, during his junior year of high school.

“I have never been used to living somewhere for more than six years," Solidum said.

Solidum said he's never attached a sense of permanence to any place he's lived, which made him want to travel more. Thus far, he's been to 47 countries on five continents, excluding Australia and Antarctica.

Solidum said his partying traveler persona began while he was studying abroad in Prague. He said there was more partying than studying.

"We went out a lot. I think I probably went out maybe 75% of the nights on the trip," Solidum said.

After earning an international business degree at MU, he decided to travel for a bit. That "bit" became three years. He returned to Prague for a post-graduate European trip with his friends. When they returned to the U.S. to start "traditional" jobs, Solidum went backpacking in Colombia. He met other backpackers there and spent three months exploring Bolivia and Peru with them.

"That's where The Partying Traveler started to transition from going out all the time and getting drunk to being more of a backpacker blog," Solidum said. "I wanted to focus on youth travel."

Solidum has met many people while visiting different countries. He's learned that, unlike in the U.S., it's normal in many countries for students to travel before diving headlong into the job market.

For Solidum, traveling has become a career. He said a trip to the Indonesian island of Bali made him realize that he didn't always need to be going from place to place and that he could work remotely as long as he had a coffee shop with Wi-Fi.

“I one day decided I wanted to travel more than anything else. It was probably the biggest and only goal at the time,” Van Der Westhuizen said. “I just thought I was going to make this work.”

She said Solidum likes to play practical jokes whenever they are together. She recalled one prank he pulled while they were snorkeling in the Philippines.

"I have a little bit of a fear of fish, and he kept throwing bread where I was snorkeling so all the fish would bombard me," Van Der Westhuizen said. "I just remember him laughing and having the best time."

Both Van Der Westhuizen and Solidum started social media advertising companies to help pay for their travels and to give them the flexibility to travel more.

Solidum started two businesses, Profascinate and CoraLife, while at MU. He considers both to be in “limbo” now. He initially made money with AdSense from Profascinate, but he created CoraLife after companies such as Squarespace and Weebly started making it easy for people to make their own websites.

CoraLife relies on physical product sales but gives 10% of its profits to organizations like the Shedd Aquarium that help the environment.

Once Solidum started to travel for long periods of time, though, he could no longer ship products to customers regularly. That's when being an influencer became his main income. Solidum makes money by writing sponsored posts on his blog. Jet Journal, for example, paid him to write a blog post and an Instagram post telling his readers about its travel app. And while he was in Bali, he got free accommodations in exchange for taking photos for Find Your Pack.

Solidum recently wrote "a detailed guide" of how to be a traveler/influencer. Building relationships with businesses and your audience is key, he said.

"Every person, brand, business, and so on that you communicate with is a potential bridge to new opportunities," Solidum writes. "Even if you have no interest in working with someone, it is an opportunity to spark a relationship that pays off in the future."

After the initial posts with Jet Journal, Solidum sent the company an analysis of its project and how to improve its future work with influencers. He ended up working with Jet Journal for over a year, which he called a testament to building positive relationships with businesses.

"Back then, all I had was an iPhone 4 or iPhone 5 and a GoPro with a smudge on the lens," Solidum said. "But I think I had the fundamentals like the framing, the editing."

Solidum says a photographer from Bali encouraged him to get more involved in taking pictures. He bought a Nikon D5600 camera last year and has been focusing on photography ever since.

Solidum said he is trying to branch out from The Partying Traveler.

“I feel like, as a writer and a photographer, I am better than the name kind of suggests,” Solidum said. “A lot of people see the name, and they immediately brush me off as just another backpacker blog.”

Solidum will still work on The Partying Traveler but wants to be seen as a professional in the traveling field. He wants to separate himself from The Partying Traveler and just be Eli, but also open the blog to more travelers who want to write their stories. He envisions becoming more of a content curator on the website.

Next up, Solidum is headed to Ecuador to see his sister, Ezra, who graduated from MU this year and joined the Peace Corps. He will spend a few months in South America. He doesn't know what will come after that.

“I take life a few months at a time.”