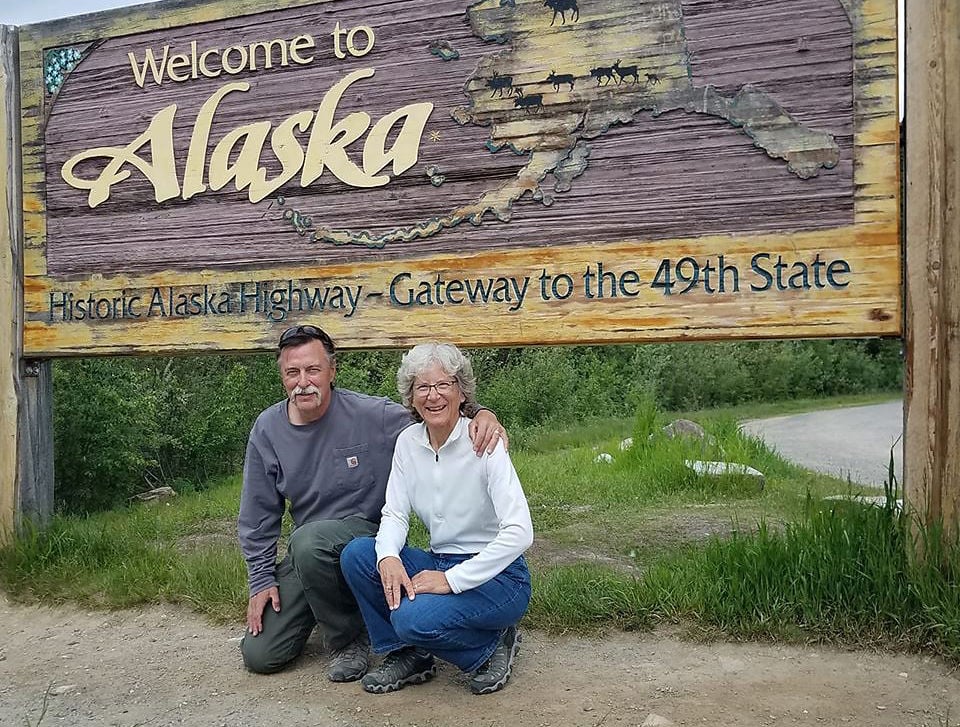 Rochelle Renken and Michael Huffman in front of a “Welcome to Alaska” sign, posted June 21 on his Facebook page. 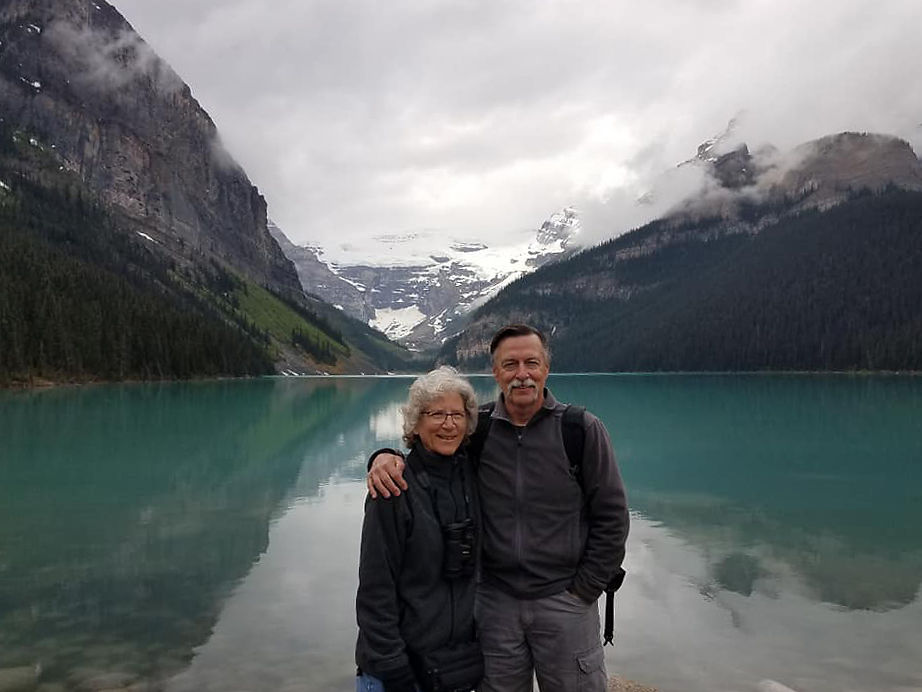 Rochelle Renken and Michael Huffman in front of a “Welcome to Alaska” sign, posted June 21 on his Facebook page.

Two experienced local hikers, both with extensive careers in conservation, were found dead Monday in an Alaska national park.

Rochelle Renken and Michael Huffman, both 62, were reported missing on June 27, and an intensive air-and-ground search was conducted for four days around Wrangell-St. Elias National Park & Preserve.

Their bodies were recovered by the National Park Service along the Sanford River near Mt. Drum, according to information from the Park Service.

Huffman and Renken, retired employees of the Missouri Department of Conservation, had planned a six-day backpacking trip in Alaska, according to the Park Service. They were last seen when a pilot dropped them off less than two miles from where their bodies would be found.

The pair missed two pre-planned phone calls and then their scheduled pick-up time on June 27. The air-and-ground search began the same day, and by June 28, there were 27 people and five aircraft looking for them.

Search crews found footprints along the Sanford River where it emerges from the Sanford Glacier, the Park Service said. Then, over the weekend, the crews found gear and backpacks — with the identifications of Renken and Huffman inside — strewn along a seven-mile stretch of the river.

“It appears that the couple attempted to cross the Sanford River near the toe of the glacier and were swept away by the powerful, glacial river,” according to the Park Service.

About a mile down river, searchers also found a boot that matched the footprints.

Their apparent route, known as the “Volcanic Traverse,” is a 15-mile trek without trails that is rated “difficult,” according to the Park Service website. The route is described as a “wild and remote area with unsurpassed scenery … and splendid isolation.” 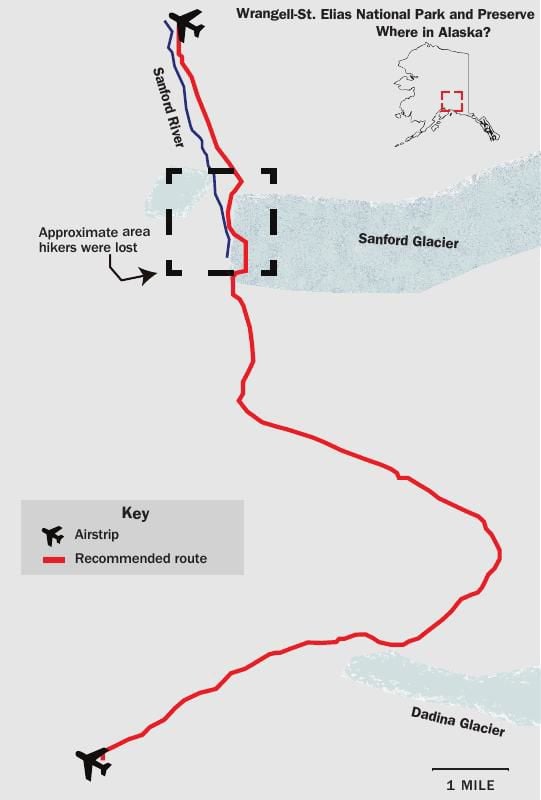 But to glimpse that scenery, every hiker who crosses the Sanford River near the Sanford Glacier has to make a choice, said Margie Steigerwald, public information officer for the National Park Service in Alaska.

“Either you go up the glacier and over, or you cross the stream,” Steigerwald said. Another option is to turn back.

Resources recommend hikers take the glacier, rather than the river, she said.

River crossings result in a high number of accidents in the Alaska backcountry, she said. Hikers have to consider a river’s width, depth, water speed and temperature. Heavy June rains and glacial melt from sunlight had also swelled the river volume, making a crossing especially dangerous.

“River crossing is really one of the hardest things you can do in the backcountry,” Steigerwald said.

With 13.2 million acres, the Wrangell-St. Elias National Park & Preserve is the largest national park in the United States. Its allure for hikers comes from the park’s beauty and challenge, Steigerwald said.

The glaciers and glacial streams represent “a unique backpacking experience, but they can be very dangerous,” she said.

“You’re faced with these judgment calls, and it’s hard.”

Renken and Huffman were seasoned backpackers, and Renken had been to Alaska several times with experience crossing the state’s rivers.

Both had long careers with the state Conservation Department. Huffman began in 1987, working in various forestry positions before accepting his role as outreach and education division chief in 2010. He was also a director of the Conservation Federation of Missouri, according to the Federation’s website.

He was an aircraft maintenance technician with the U.S. Air Force and graduated with a degree in forestry from Utah State University in 1983.

She was also an instructor for the professional development program. She loved “getting to know the highly motivated and talented students, sharing the camaraderie of fellow instructors, and having the opportunity to share the passion for outdoor opportunities with those who have yet to try the outdoor skills learned (through the Conservation Leaders for Tomorrow).”

On June 1, Huffman posted photos with Renken from Montana on his Facebook page. Three days later, the pair was at a campground in Glacier National Park in Montana.

After traveling through Canada, Huffman posted a final photo with Renken in front of a sign welcoming the pair to Alaska, a day before they were last seen.

“Life is good,” Huffman commented under the photo.

The bodies of Rochelle Renken and Michael Huffman, both 62 and from the Columbia area, were found together on a sandbar.