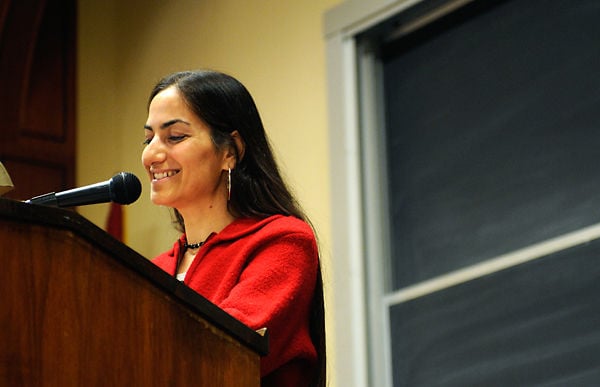 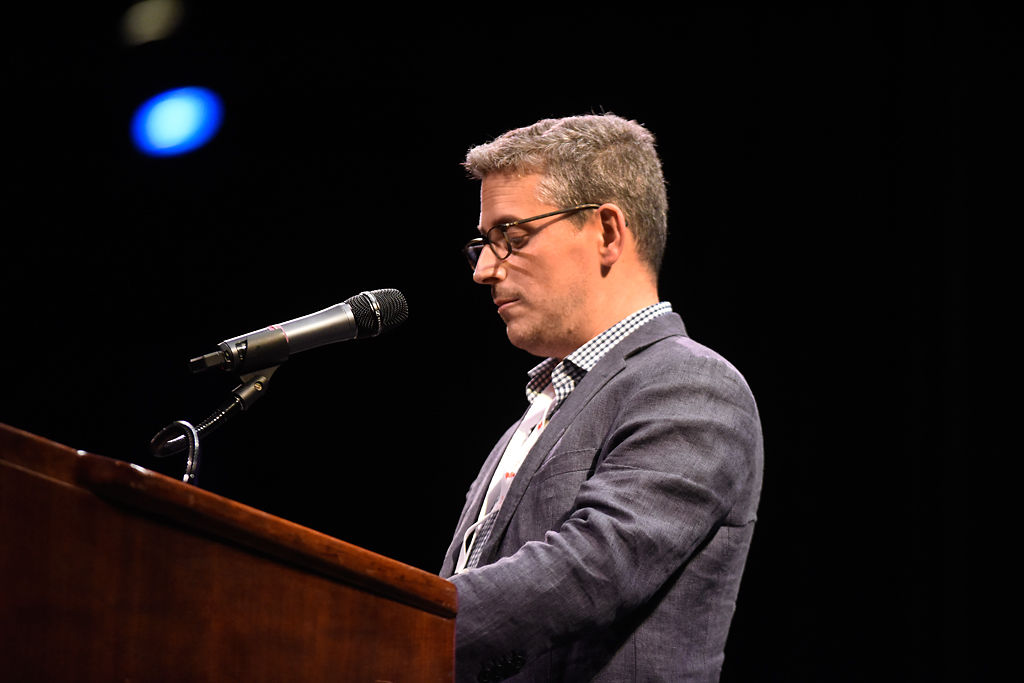 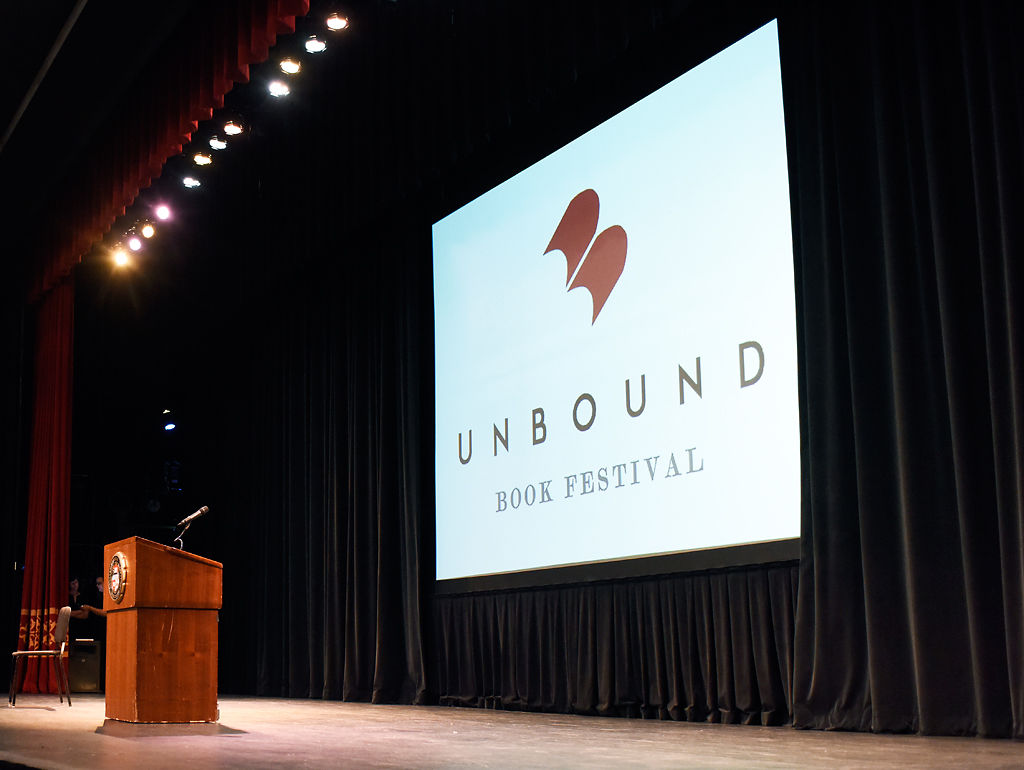 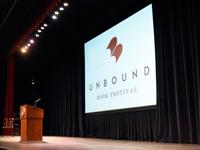 An empty podium sits onstage before Salman Rushdie speaks at last year’s Unbound Book Festival Friday, April 21, 2017 in Jesse Auditorium. The festival is under scrutiny {span}for the lack of diversity in this year’s panel discussion and for censoring a panelist during last year’s fest. {/span} 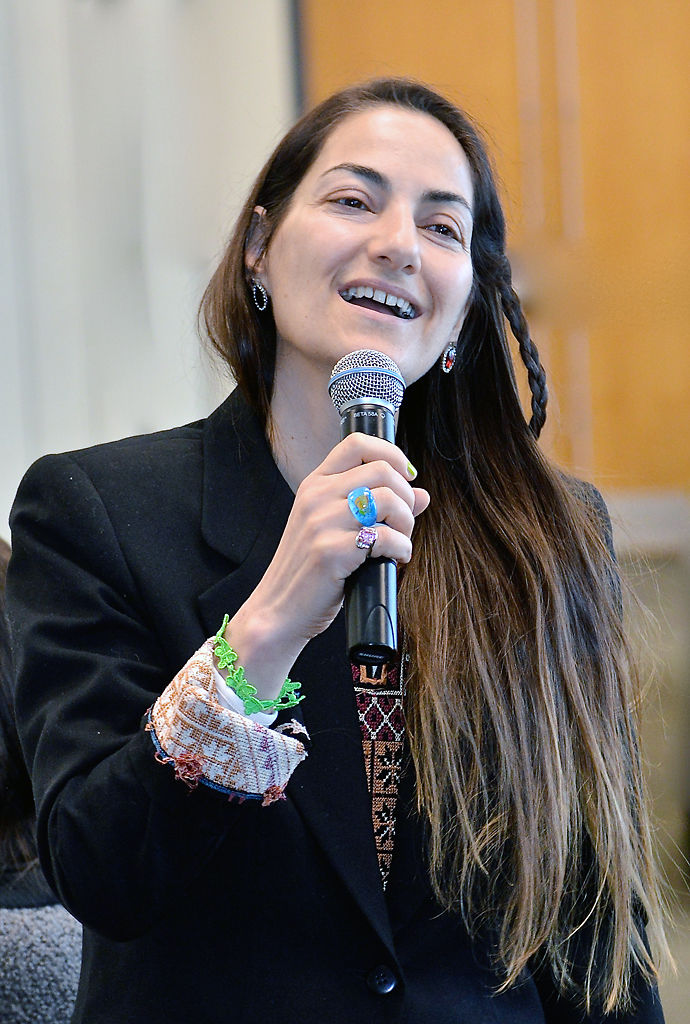 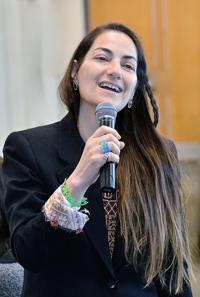 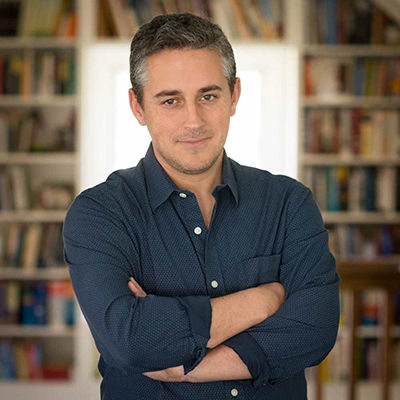 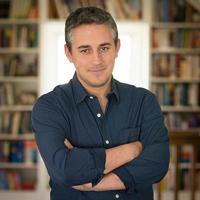 An empty podium sits onstage before Salman Rushdie speaks at last year’s Unbound Book Festival Friday, April 21, 2017 in Jesse Auditorium. The festival is under scrutiny {span}for the lack of diversity in this year’s panel discussion and for censoring a panelist during last year’s fest. {/span}

*This story has been revised to include Wednesday morning's on-air apology from KFRU radio's David Lile.

With less than 48 hours until the Unbound Book Festival begins, a controversy has developed that raises questions about organizer Alex George and whether he needs to do some homework on race and inclusion.

It began when a group of Stephens College students called out a lack of diversity in participants for a panel discussion this year on “The Power of Protest.” That discussion prompted Ibtisam Barakat, an internationally known Columbia-based author who has written memoirs about growing up in Israeli-occupied Palestine, to disclose on social media the pain she felt over learning last year that George had asked the person moderating a panel she was on to keep her off the topic of Palestine.

Most of what happened next played out on social media, message chains, phone calls and meetings. George has had conversations since with not only the Stephens students, but also Barakat and Traci Wilson-Kleekamp, a leader of Race Matters, Friends. He has also issued a formal public apology to Barakat for what happened last year after having learned that his first mea culpa, in which he said his intentions weren’t racist, was inadequate.

“I have learned an enormous amount about the impact of my actions and about the blindness to my own privilege that I was operating under,” George said.

Barakat’s part in the Unbound story began last year as a panelist on a two-person panel on “Immigration and the Craft of Writing” with Rachel Hall, a Jewish writer known for her fiction.

Barakat was initially apprehensive and confused about the choice of panel topic. Although she is an immigrant, her writing isn’t about immigration. Another panel at the festival focused specifically on war memoirs, her specialty.

But she didn’t want to create conflict. So, she decided to speak on the panel.

During the Q-and-A afterward, an audience member asked the moderator, David Lile, a KFRU radio talk show host, why he seemed anxious. In front of a standing-room-only audience, Lile said he’d been directed by a festival official to steer Barakat away from the topic of Palestine.

Barakat was crushed by the revelation.

“That was truly shocking and immensely disappointing that a journalist — the moderator is a journalist, a practicing journalist — would agree to censor a fellow writer,” Barakat said. “That was just too much. And the festival’s director (Alex George) is an author himself.”

At the after-festival party, George confirmed to her that it was he who’d given Lile that instruction. She was too stunned in the moment to know what to say to him, she said.

More than three months later, Barakat and George were emailing about Barakat possibly speaking in schools through Unbound in 2018. She brought up the incident in an email, explaining that she felt she’d been silenced and that his direction to Lile had been racist and dangerous.

“I wrote back to her and then heard no more,” George said. “I understand now that that was an entirely insufficient response on my part.”

Barakat points out that the absence of the Palestinian story enables the destruction of Palestinian society without any protest because Palestinian voices are kept out of the conversation.

“So voices like mine are necessary for the healing of a whole nation and the whole world, and for me to be censored at a panel in my community by fellow authors, and it happens that they are two white male and privileged people who have no idea what it is to face racism every day of one’s life,” Barakat said.

She said private conversations focused on silencing her, or other people of color in general, are racist and so is “all the structuring of how the voice must be framed or re-framed or channeled or reinterpreted.”

Lile did not have any comment when contacted for this story but said his show at 8:30 a.m. Wednesday would explore the controversy, with George as a guest.

*Wednesday morning, Lile told listeners he had canceled the planned segment with George, who was going to talk about this year's festival. Lile went on to apologize and acknowledge the role he played last year in silencing Barakat.

"What happened at the panel was an example of insensitivity that I can exhibit when I speak and act from my narrow experience as a white male from rural north central Missouri and fail to appreciate the opportunities that exist truly to hear and to try to understand the life experiences of someone who is different from me," Lile said. "I am limiting that other person and limiting my opportunity to grow."

He went on to say that "privilege is insidious" and that realizing he'd practiced and demonstrated it was a humbling lesson.

"So I’m disappointed in myself," he said. "I’ve already learned from what happened, but I haven’t learned all that I need to."

"So I apologize for what I did to silence the voice of Ibtisam Barakat and I am extending an invitation for her to be a guest on KFRU with Alex as soon as our schedules allow it."

Students at Stephens College, which hosts the Unbound Book Festival on its campus, had a big impact on the discussion that has taken place since their first tweet about the protest panel. They’re careful to say that they don’t represent the college, however, and that their position on Unbound comes from their perspectives and experiences as members of the literary community, as most of them study creative writing.

“We noticed the erasure of people of color’s voices in the festival and found it to be a real problem,” Janet Reinschmidt said.

The students met with George to talk about the lack of diversity they had noticed. The conversation turned to how decisions are made about who is invited and how panelists are chosen.

George seemed receptive. He seemed to know he had messed up, Furstenau said, and that he would need to be more engaged with the community to keep it from happening again.

“Particularly because Columbia has such a large student population, I definitely think that having college student representation on a board would be good,” Sara Barfknecht said.

They also want to see a more diverse Unbound board and an author selection process that is open to more people. George has said he agrees with those goals. The current board is comprised of eight people: five women and three men. All of them are white.

The students say they’re going to follow up and hold Unbound accountable.

“He said that there will be change, and we’re basically going to make sure there is,” Reinschmidt said.

This past weekend, George posted a new apology to Barakat on Facebook — the result of conversations with her and Wilson-Kleekamp.

“I think he’s doing something that’s very important and that is that he is not being defensive,” Wilson-Kleekamp said. “I’m not saying this to stroke him in any kind of way; I’m saying it because it’s an example for how other people can enter into conversations when they’re really difficult.”

“I would say that Alex doesn’t have all the answers for what he’s going to do, but he has been very humble about it and is still learning,” she said.

Barakat said she won’t participate in this year’s festival. There was talk of her joining the Power of Protest panel, but she didn’t want to be the only person of color on the panel.

The experience, though it’s still unfolding, has left her feeling supported by the community of friends and activists who heard her story.

“(The community) really helped by not leaving me alone. I made a decision to not do anything in private,” she said, explaining that she refused to meet with George privately to resolve the issue. “What racism does and what sexism does — the negotiations take place alone, and the person feels isolated and doesn’t get the benefit of the thinking of the community.”

Meanwhile, the makeup of the protest panel — the one that first caught the attention of the Stephens students — seemed fluid. Poet Heather Derr-Smith tweeted Tuesday morning that she wouldn’t participate after all because she’d just learned that “no WOC” (women of color) had been invited.

“I just got a letter saying they tried to remedy this & couldn’t find anyone short notice,” Derr-Smith tweeted. “I find this impossible to believe. There are so many phenomenal poets here on twitter alone.”

The description of another panel was changed after a participant threatened to pull out.

The conversations about the literary festival will continue, George said.

“I still have a lot more to learn; I have no doubt about that,” he said. “My world has changed a lot over the last week.”

The result is going to be a better, more inclusive festival next year, he said — after this one is “done and dusted and in the books.”

The festival, which is in its third year, begins Thursday, and the keynote speaker is author Zadie Smith. She speaks at 7:30 p.m. Friday at the Missouri Theatre.

More information can be found at www.unboundbookfestival.com.

Zadie Smith: Everybody is a genius of a human

At the Unbound Book Festival Friday, Zadie Smith delivered a deeply humanistic message that was sometimes at odds with mainstream ideas.