A fire Sunday morning at the Columbia Planned Parenthood location was “intentionally” set, according to an FBI news release Tuesday.

The FBI is offering $10,000 to anyone who shares information that leads to an arrest or conviction, according to the release. The agency has opened a federal hate crime investigation into the fire.

The Columbia Planned Parenthood location will remain closed for the rest of this week, after the fire.

“We are hopeful that we’ll be able to reopen next week and are working with patients impacted by the closure to reschedule appointments,” Brandon Hill, president and CEO of Planned Parenthood Great Plains, said in a statement Tuesday.

The Columbia Planned Parenthood offers services like STI testing and treatment, cancer screenings and family planning. The facility does not provide abortions.

Surveillance cameras caught a person walking onto the grounds of the Planned Parenthood around 4 a.m. Sunday and then caught the same person walking away as smoke came from the building, according to the release.

The building’s sprinklers extinguished the fire before firefighters arrived, according to the release.

The Columbia Police Department requested the FBI’s help after the fire was deemed “suspicious.”

The president and CEO of Planned Parenthood Great Plains, Brandon J. Hill, said in a statement that the organization is working to make repairs so the facility can open soon.

“We are fortunate that no one was at the health center at the time of the incident, and there were no injuries,” he said. “The building sustained some limited damage, but repairs are underway now and we plan to reopen very soon.”

Anyone who was in the area during the time the fire was set is encouraged to call the FBI’s Jefferson City Office at 573-636-8814, or submit a tip online at fbi.gov/tips.

The release said the FBI could not comment further, as it was an open investigation. 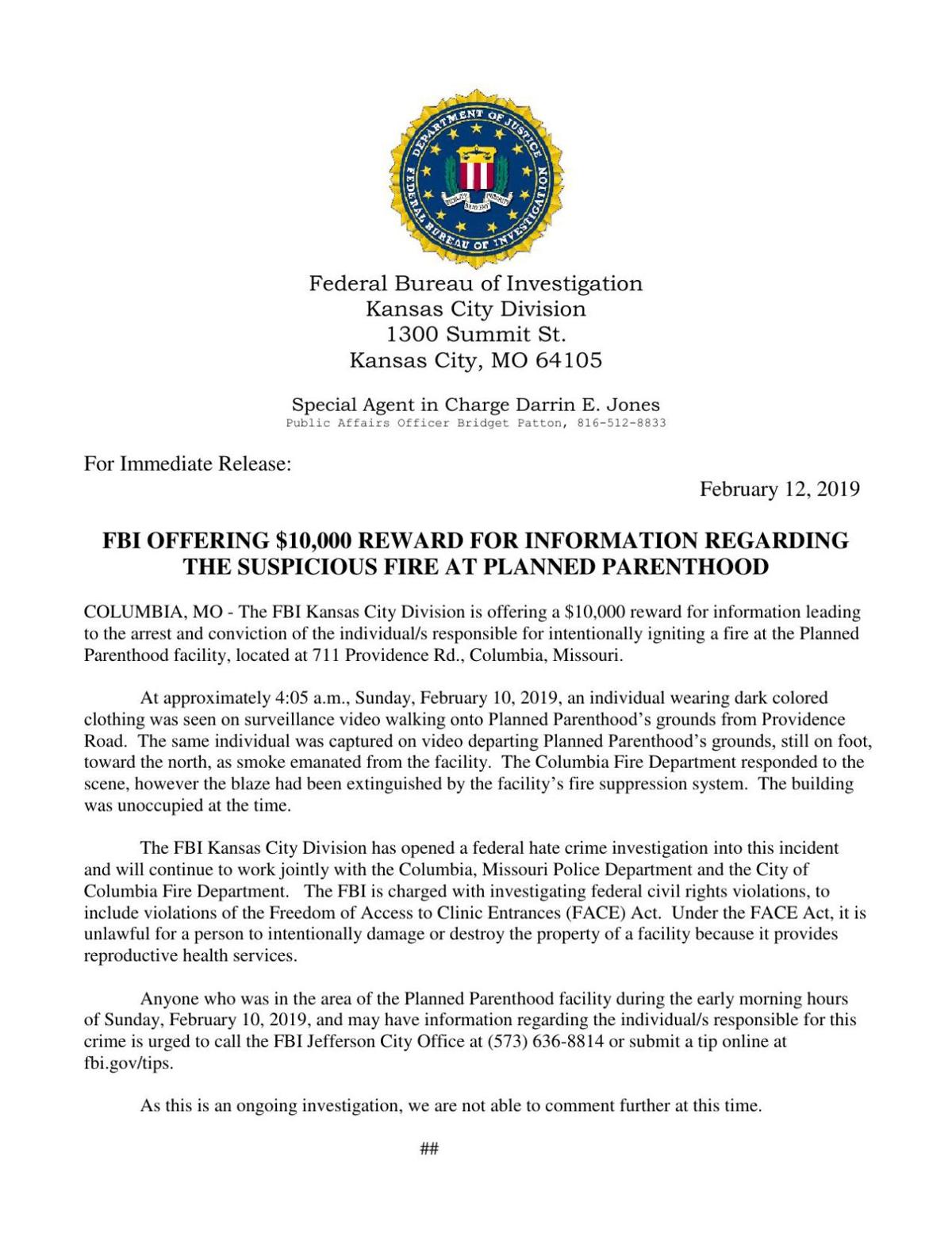