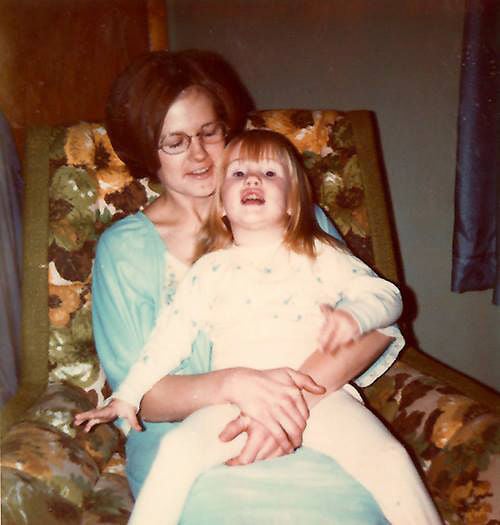 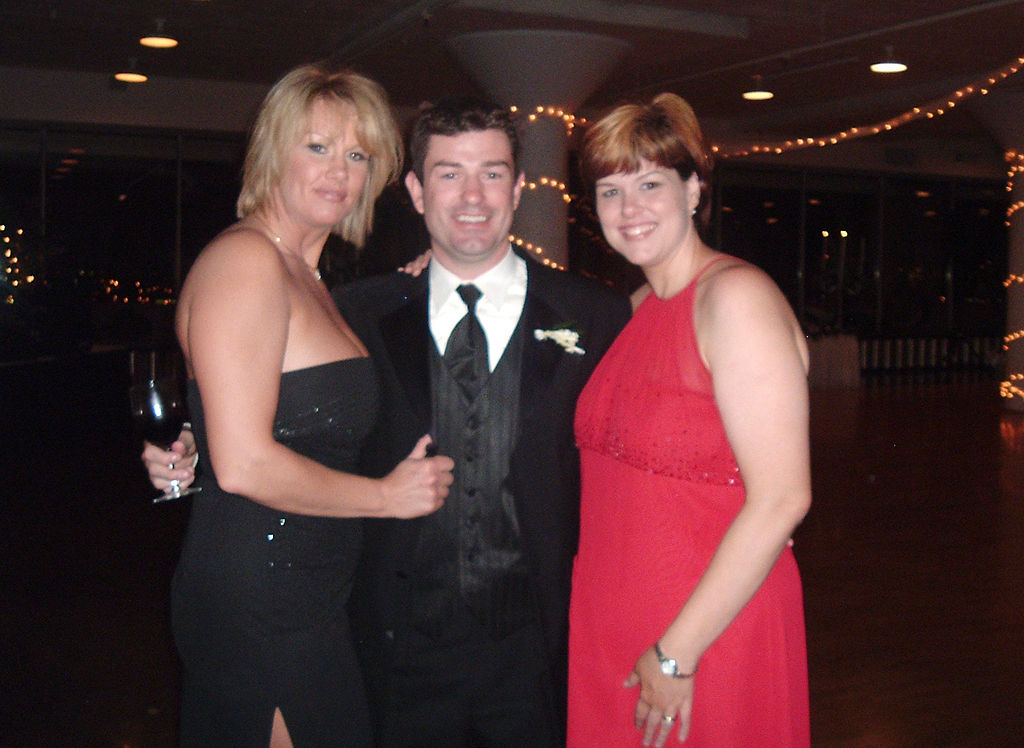 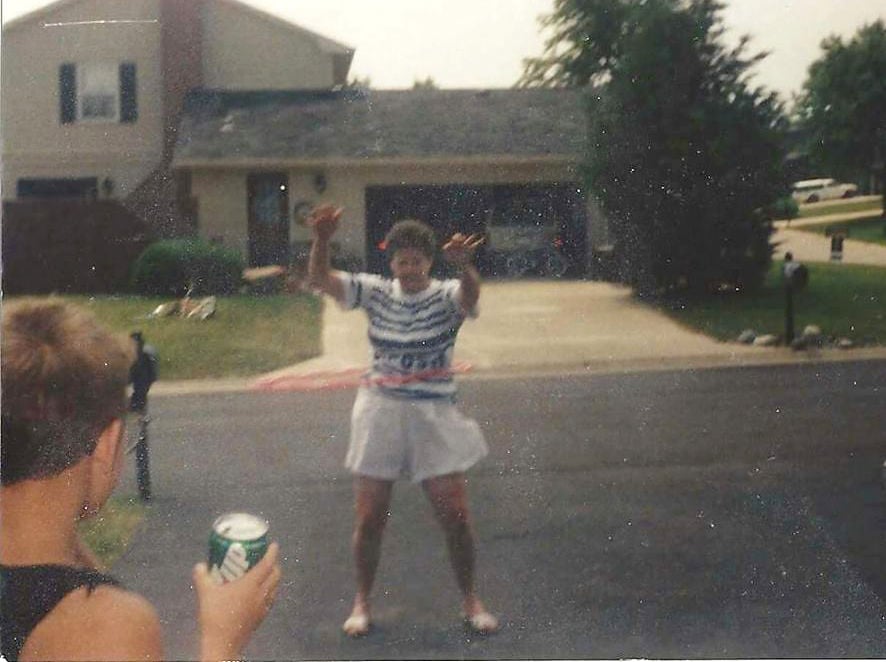 Mary Bratcher hula hoops with her family. "This is the essence of Mary Bratcher," her daughter Carley Schaffer said. "She's 40-something going on 12." 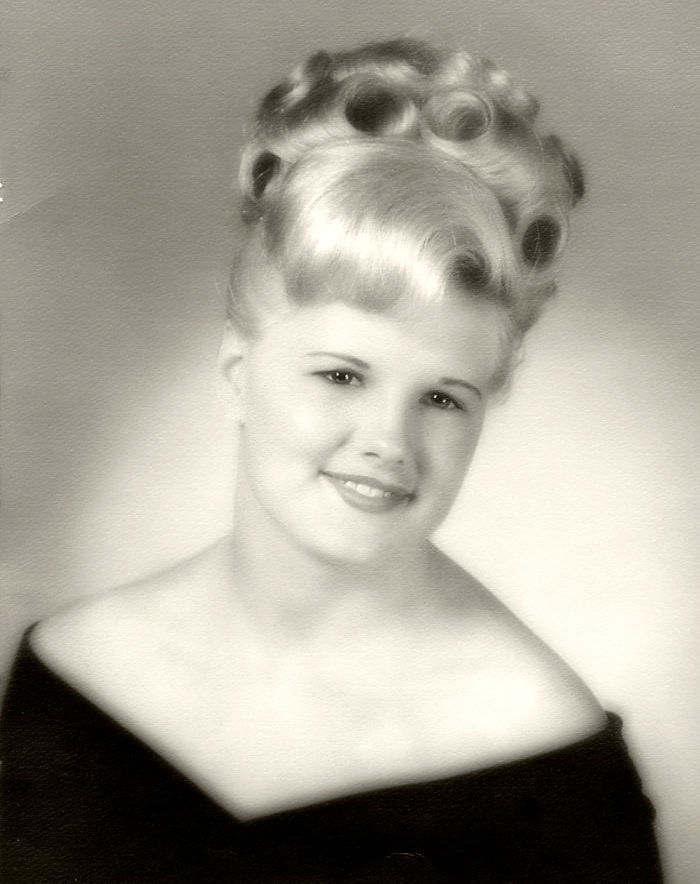 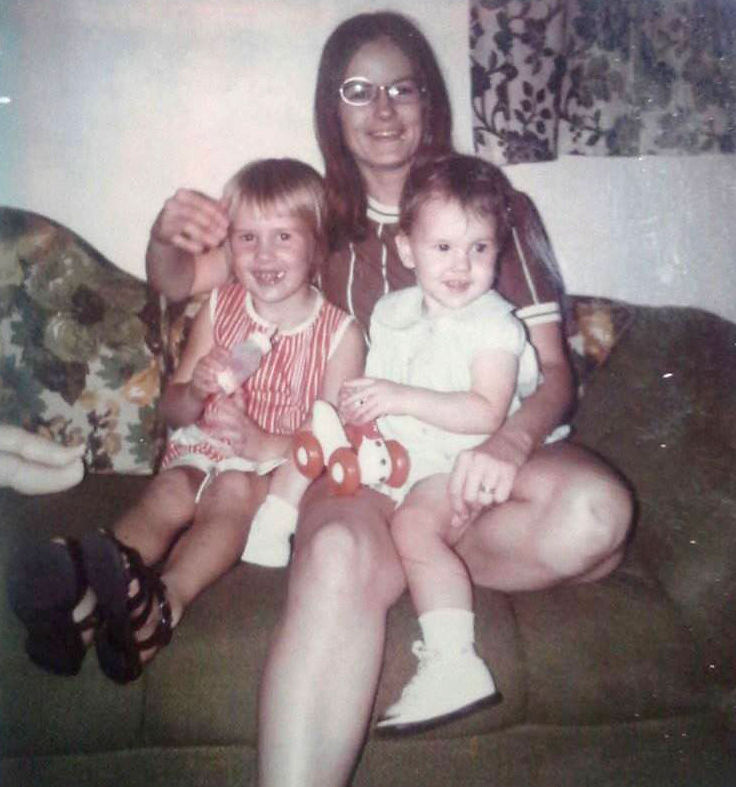 Mary Bratcher and her daughters, Lorrie, left, and Carley. 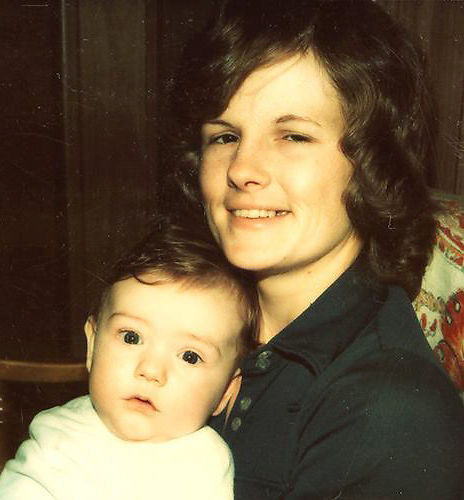 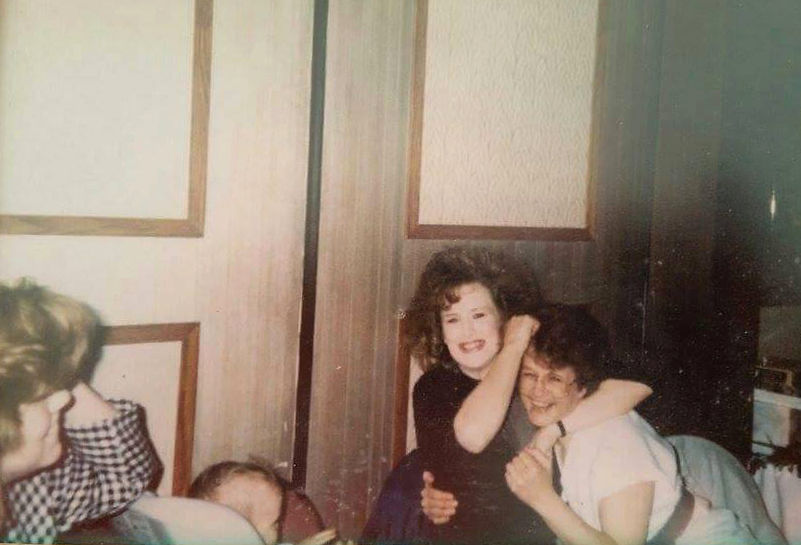 Mary Bratcher gets a noogie from her daughter, Lorrie Heichelbech, at a relative's wedding in 1991. It was one of the last times Bratcher was with all of her kids, Carley Schaffer said.

Mary Bratcher hula hoops with her family. "This is the essence of Mary Bratcher," her daughter Carley Schaffer said. "She's 40-something going on 12."

Mary Bratcher and her daughters, Lorrie, left, and Carley.

Mary Bratcher gets a noogie from her daughter, Lorrie Heichelbech, at a relative's wedding in 1991. It was one of the last times Bratcher was with all of her kids, Carley Schaffer said.

COLUMBIA — The night she found out her mom had been murdered, Carley Schaffer sat outside her house in a Philadelphia ice storm and smoked a cigarette. She waited for her sister to pick her up so they could travel to Columbia for the funeral. She listened to the ice crackle in the trees.

Saturday, more than 20 years after her mother's death, Schaffer prepared once again to travel to Missouri from the East Coast — this time to watch the execution of her mom’s killer.

Her mother, Mary Bratcher, was one of three people killed by Ernest Lee Johnson in Casey’s General Store the night of Feb. 12, 1994. Bratcher, Fred Jones Jr. and Mable Scruggs were all employees at the store closing up for the night when Johnson knocked on the door.

Johnson, looking for money to buy drugs, robbed the store and bludgeoned all three employees to death with a hammer. He hid the bodies in the bathroom and in a cooler. Police later found bloody shoes and a bank bag with a couple hundred dollars and store receipts in Johnson's house.

He has been convicted of the murders and was sentenced to death three separate times through his appeal process. His attorneys have an appeal before the U.S. Supreme Court that argues Johnson is mentally disabled and should not be executed, according to the Associated Press.

Johnson, 55, is scheduled to die by lethal injection after 6 p.m. on Tuesday. He is the last person on death row for a crime committed in Boone County. If executed, he will become the seventh person executed in Missouri this year.

Schaffer and her two siblings planned to be at the state prison in Bonne Terre for the execution. For Schaffer and her sister, Lorrie Heichelbech, who lives in Columbia, it's not about vengeance or finding peace. It's about honoring their mother's memory and supporting each other through the end of more than two decades of legal proceedings.

Mary Bratcher was dealt a bad hand in life, her children said, but played her cards as best she could and with as much joy as possible.

The fifth of 11 children, Bratcher grew up fast and tough. After her husband was arrested and imprisoned for dealing drugs, she raised their three kids by herself.

“Many people would have laid down a long time ago, given the hand she was given,” Heichelbech, 45, said.

The three children were the free lunch kids, Schaffer said, and moved from one rented trailer home to another as their mom tried to make ends meet as a convenience store manager. Bratcher wore hand-me-downs and shoes with holes in them so her kids could have nicer things.

“She led by example,” Schaffer, 42, said. “You work hard. You don’t make excuses, and you rise above your circumstances.”

She loved to sing The Supremes, Diana Ross and Frank Sinatra, especially “White Christmas” and “I’ll Be Seeing You.” She always smelled like coffee and cigarettes and had “quite the potty mouth,” Heichelbech said. She giggled watching her girls dance disco in their living room. Sometimes those giggles became peals of laughter.

Bratcher’s laugh was a force. It was deep and seemed to come from every part of her body, Heichelbech said. It made everybody else in the room laugh.

“I could hear her in a store laughing, and I knew it was her and exactly where she was,” Heichelbech said. “I would give my right kidney to hear it again.”

Bratcher was the manager at Casey’s and had gone to the store to help Scruggs, a new employee, the night she was killed. When Johnson knocked on the glass, Bratcher recognized him and let him in, Heichelbech said.

“She always managed to find the good in people,” she said. “That might have led to her death.”

Johnson's other victims had people who relied on them, too.

Jones, 58, took care of his elderly mother and his twin brother, who had been disabled by a stroke. He was a quiet man who liked to laugh, according to previous Missourian reporting. After his death, his brother's care was turned over to a state agency, according to an obituary in the Columbia Daily Tribune.

Scruggs, 57, was a single mother and worked at Casey's and as the chief clerk at the MU Student Health Center. Her co-workers at the health center described her as unusually dedicated and said the job meant “everything” to her, according to previous Missourian reporting. The night she was killed at Casey's she was covering a shift for another worker.

“You could sum her attitude up in four words — 'I want to help,'” a friend said at Scruggs' funeral, according to an obituary in The Columbia Daily Tribune.

Heichelbech remembers little about the weeks after her mom's death besides seeing her aunts, buying the casket and speaking at the funeral, which more than 300 people attended.

Her brother, Rob Bratcher, was 18 at the time and the only sibling living in Columbia. He struggled with his mother's death much more than his sisters, Heichelbech said. Rob Bratcher declined to speak to the Missourian for this story except to say that his mother was a good person. He lives in Kansas City now with his wife and two kids and works in commercial banking.

Most of those weeks after the murder are a blur for Schaffer, who was 20. But winter, cold and ice storms always bring back the memories and reminders of the absence they surround.

“I let myself grieve during the winter,” she said. “My family knows what to expect. It’s not easy, but we get on.”

Schaffer’s children, 10 and 13, know Bratcher as Grandma Mary, their guardian angel who looks out for them from heaven. Teaching them about their grandmother and how she died has been bittersweet, Schaffer said. Telling the good stories passed on her memory. Explaining her death and why they’ll never know Bratcher hurts all over again.

Her daughter once cried for the loss of her grandmother, mourning a woman she had never known. That’s the worst part, Schaffer said: watching her mother’s murder hurt her child. It makes her angry.

Heichelbech's son met Bratcher when he was a child, but he doesn't remember the grandma that doted on him.

“I can tell stories, but it doesn’t cut it," Heichelbech said. "I can’t even convey half of her spirit. It’s a void in his life.”

“Part of trauma recovery is taking that trauma and creating a new meaning for it," Schaffer said. "I think what I’m doing now is an honor to her memory.”

Johnson's execution on Tuesday will be the end of the legal proceedings that repeatedly forced the siblings to revisit that trauma.

“I struggled so long to deal with the anger and the horror of her death,” Schaffer said. “Sometimes I want to wad it up in a ball and stick it in the back of the brain. Times like this we have to unwad the ball and rip off the scab.”

Any anger the sisters had toward Johnson has dissipated, they said, though they don't sympathize with him.

“Once I came to the reckoning of it all, being angry at him was only destroying me," Heichelbech said. "It wasn’t going to touch him in any way. It does nothing but wreck you as a person.”

The loss will last forever, they said, but at least now they'll be able to deal with it on their own timetable.

“I feel that I need to ride this out. To stand it out and survive it,” Schaffer said. “I'm ready for this to be done.”

COLUMBIA — A Boone County man convicted of first-degree murder has tried and failed to reverse his death sentences twice. Now, he's trying for…