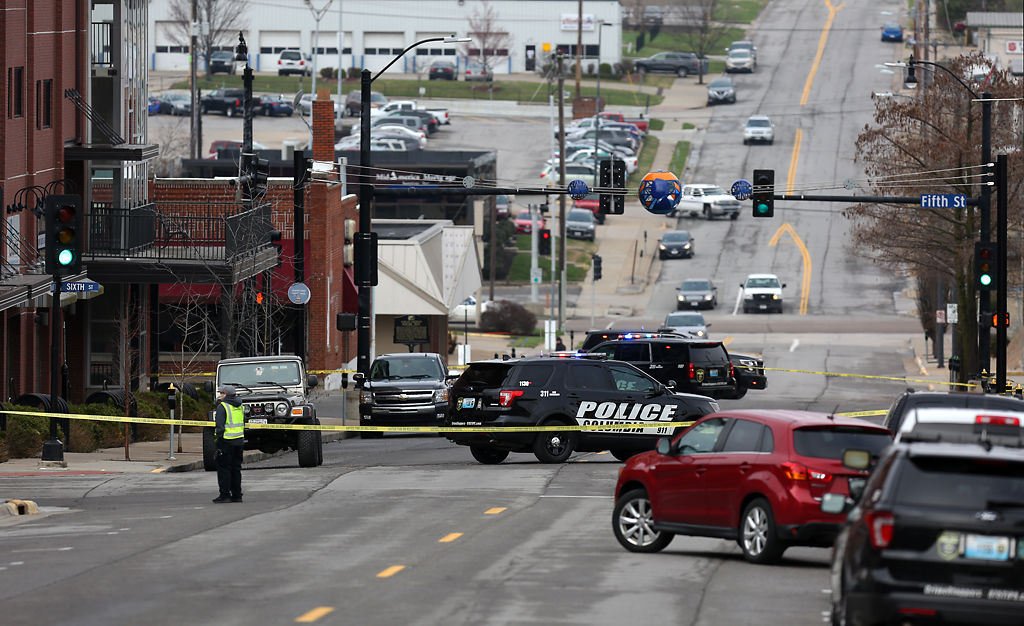 Columbia police shut down traffic on Walnut Street between Fifth and Sixth streets Monday after a woman sat on the edge of the top floor of the Fifth and Walnut Parking Garage. 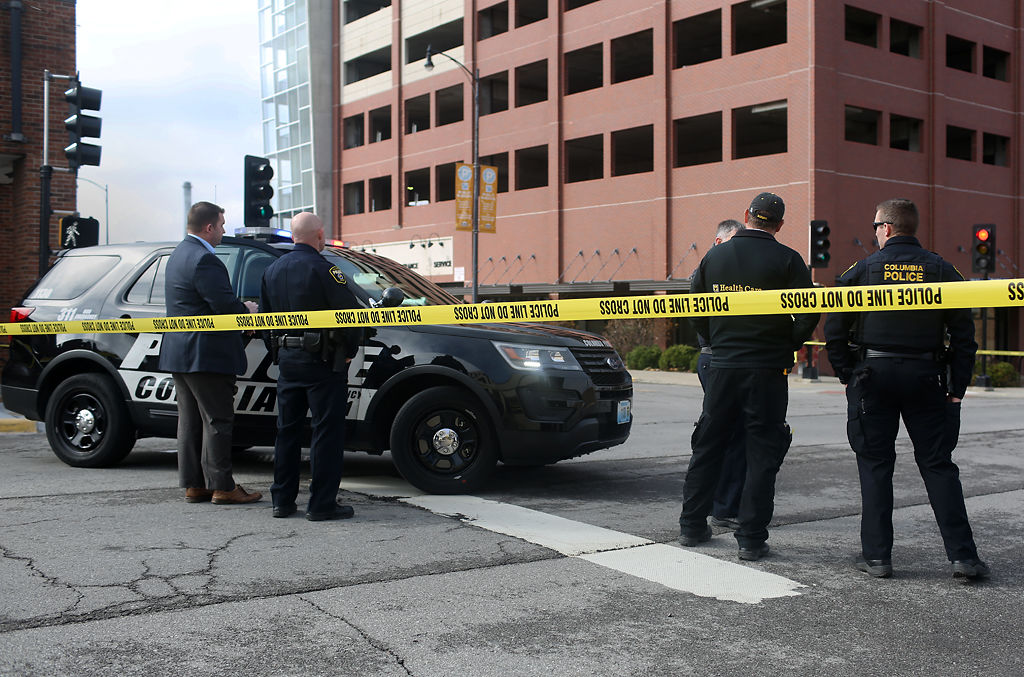 Columbia Police officers and a staff member of MU Health Care EMS gather behind police tape at the intersection of Walnut Street and Sixth Street in downtown Columbia. They were responding to a woman who was sitting on the edge of the top floor of the 5th and Walnut Parking Garage on Monday.

A Columbia Police Department negotiator talked a woman down from the top of the Fifth and Walnut parking garage Monday.

Police were notified there was a woman in the garage with the intention to jump at around 9:20 a.m, public information officer Brittany Hilderbrand said. The woman came down at 11 a.m.

During the intervening time, officers on the scene blocked off portions of Fifth, Sixth and Walnut streets, closed the post office and emptied the parking garage.

Bystander Don Jourdan stood at the end of the blocked off section of Sixth Street with his bubble-blowing kit. After hearing there was an incident developing at the garage, he said he wanted to do what little he could to help.

"Bubbles make everyone feel better," he said, as his bubbles floated around the structure.

The city is in the beginning stages of pursuing measures to deter potential deaths from the Fifth and Walnut parking garage. This could include fencing, signage, increased security or landscaping.

If you need help

A consulting firm will provide recommendations to deter suicides at the structure.