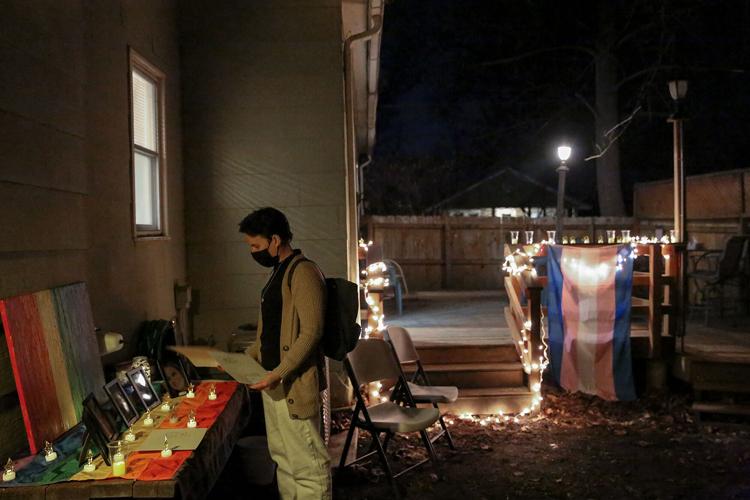 Roni Truehardt places paintings they made of the Club Q shooting victims on the table honoring them after a vigil on Tuesday at The Center Project in Columbia. Truehardt said that, for them, art has been a way to process the shooting and its fallout. 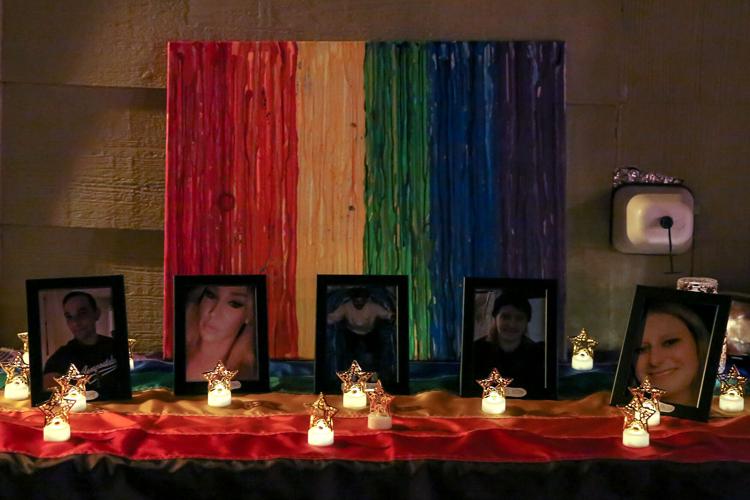 Photographs of the Club Q shooting victims are displayed on a table after a vigil on Tuesday at The Center Project in Columbia. They are, from left, Derrick Rump, Kelly Loving, Raymond Green Vance, Daniel Aston and Ashley Paugh. 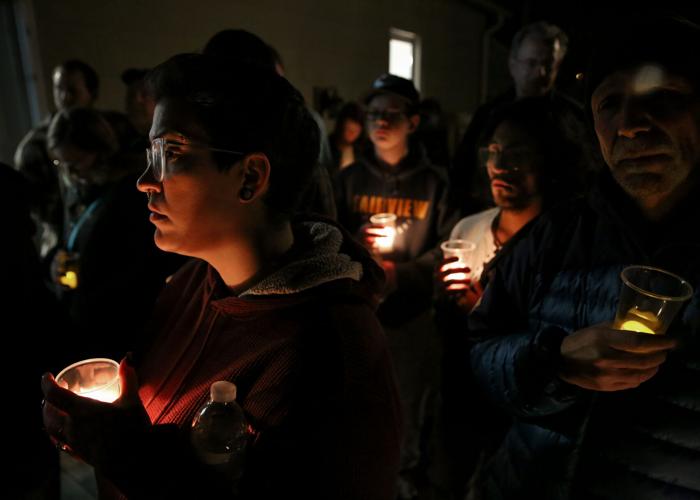 Gioia Baysinger, left, holds a candle during a vigil in honor of the Club Q shooting victims on Tuesday at The Center Project in Columbia. Roughly 45 people attended the event. 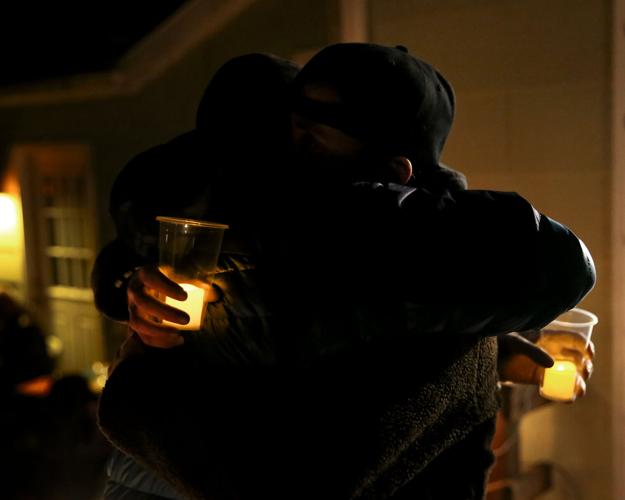 Struby Struble, right, hugs David Tager at a vigil in honor of the Club Q shooting victims on Tuesday at The Center Project in Columbia. In Missouri this year, there have been 34 hate crime incidents based on either sexual orientation or gender identity bias, according to the Missouri State Highway Patrol. 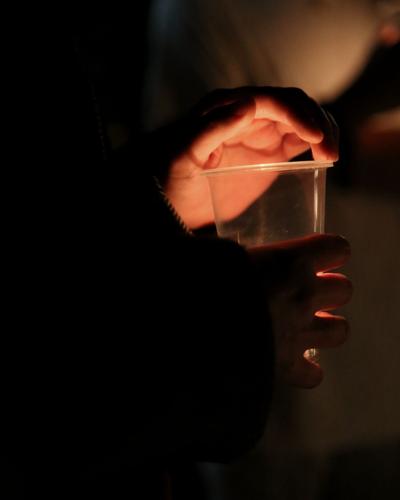 Oliver Ackerman holds a candle during a vigil in honor of the Club Q shooting victims on Tuesday at The Center Project in Columbia. By the time the shooter was taken into custody, it was Nov. 20, recognized as Transgender Day of Remembrance. The day memorializes transgender people who have lost their lives due to anti-transgender violence. 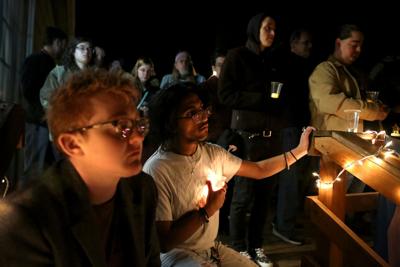 Roughly 45 members and allies of the LGBTQ community gathered Tuesday night in Columbia to mourn the victims of a shooting that took place in a Colorado nightclub over the weekend.

Five people were killed and several injured after a gunman opened fire late Saturday evening at Club Q, a gay and lesbian nightclub in Colorado Springs.

The Center Project, a local nonprofit that provides resources to mid-Missouri's LGBTQ community, hosted the vigil in the backyard of its headquarters on the north side of Columbia. The location serves as a safe space for LGBTQ adults and youths.

Those in attendance took turns sharing the emotions they've felt since seeing the news Sunday morning, as well as their thoughts on how to move forward.

Some had answers, with one attendee encouraging the group to vote and run for office.

Others were still struggling to process everything, with several voicing the fear that it could've been them or one of their friends.

"It's not something to remember, it's something we grieve every day," Truehardt said.

By the time the gunman was taken into police custody, it was officially Transgender Day of Remembrance (Nov. 20). The observance memorializes transgender people who have lost their lives due to anti-transgender violence.

One of the victims, Daniel Aston, was a transgender man who was bartending at the club Saturday night, according to news reports.

In the latest Trans Murder Monitoring report, released annually for Transgender Day of Remembrance since 2009, 327 transgender people were reportedly killed worldwide. Almost half (48%) were sex workers, and over half (65%) were people of color. An overwhelming majority (95%) were trans women.

Jolene Harper, who is transgender, said that she felt safer since moving to Columbia from the "dark red" part of Nebraska where she is from, but that the shooting has brought back feelings of fear.

"It was better until the weekend," Harper said.

The gunman began shooting just before midnight, according to news reports. After getting tackled by club patrons, the assailant was quickly disarmed and pistol-whipped with his own gun by an Army veteran, Richard M. Fierro, who had been at the club with his family.

The boyfriend of Fierro's daughter, 22-year-old Raymond Green Vance, was one of the five fatalities.

Though he has yet to be formally charged, the suspect faces multiple charges of murder and hate crimes.

According to the Missouri State Highway Patrol, 44 hate crime incidents based on either sexual orientation or gender identity bias were reported in 2021, accounting for just over one-fifth of all reported hate crimes in the state that year. With 34 reported incidents so far this year, that proportion has decreased to roughly 16% of all incidents.

Since 2020, there have been two reported hate crime incidents in Boone County. Neither was based on sexual orientation or gender identity.

In the new home, there's a big backyard to host community events and to expand their LGBTQ youth programming.