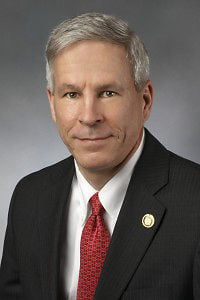 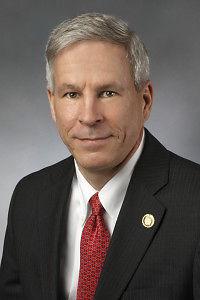 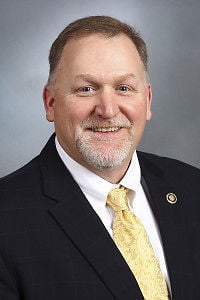 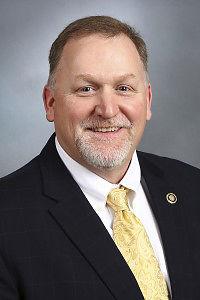 JEFFERSON CITY — The conflict surrounding a prescription drug monitoring program in Missouri has returned to the Senate as one of the biggest proponents and one of the biggest longtime opponents of such an plan have filed dueling proposals.

What's more, the first hearing of both bills was held in a committee chaired by that opponent, who has stonewalled attempts to pass such legislation for six years.

Sens. Rob Schaaf, R-St. Joseph, and Dave Schatz, R-Sullivan, each proposed bills at a meeting of the Senate Health and Pensions Committee, which Schaaf chairs. Both men proposed similar bills last session, which ended with neither measure passing.

Prescription drug monitoring programs collect information on the distribution of federally controlled substances and allow doctors to access the database in order to avoid prescribing opioids and other addictive drugs to "doctor shoppers," a term for addicts who hop from physician to physician to obtain narcotics.

After supporters and opponents of both bills spoke before a packed hearing room Wednesday morning, Schaaf only held a vote on his own bill, which passed 5-2. No action was taken on Schatz's bill.

The fate of Schatz's bill is up in the air, though he has already refiled it for a hearing under the committee he serves as vice chair of, the Transportation, Infrastructure and Public Safety Committee.

The main difference between the bills is the inclusion of a mediator around the data. Schaaf proposed that the Department of Health and Senior Services consider each request for records by a doctor on a case-by-case basis, and determine whether to share the records. This mirrors his last attempt to pass his own bill, in which he tried to install the Bureau of Narcotics and Dangerous Drugs as a mediator.

Schaaf and other opponents of monitoring programs are concerned with a perceived danger toward patient privacy. In the hearing, he brought up the example of the email hacking of John Podesta, Hillary Clinton's campaign chairman, as an example of how a username and password would not be enough to secure the system from potential hackers.

Schaaf said that under his proposal, "you're not going to get all that data (on the patient)." He said, "You're only going to get the indication there's a problem."

In the past, Schaaf has requested a voter referendum to decide this issue, which he is not pursuing this time.

Schatz's bill would let doctors access the records themselves, allowing them to make judgment calls on whether or not the patient is abusing narcotics. This is consistent with his last attempts to create a monitoring program. It also is more in line with what other states are doing to combat the doctor-shopping problem.

Schatz said the opioid epidemic is widespread. "We've seen our neighbors go from prescribed painkillers to heroin to lifelong addiction," he said.

Missouri is currently the only state that has not enacted a statewide monitoring program, but cities around the state have begun to fill the void. St. Louis has created a program for monitoring Schedule II-IV narcotics, and Columbia is considering following suit. Kentucky has officially called for Missouri to create a program in order to stop its residents from crossing the border to avoid restrictions in that state.

"I should mention that not only do 49 states have this implemented," he said. "The counties of St. Charles, St. Louis, Jackson, St. Genevieve, the (cities) of St. Louis, Independence and Kansas City have also moved ahead of our state and implemented PDMP. Again, that means there's a patchwork of local legislation. PDMP is now the law for ... almost 1.5 million Missourians."

'Right to work' passes Missouri Senate, moves back to House

The vote for the bill, which aims to ban mandatory union fees, came after several days of a filibuster. Opponents offered amendments that were repeatedly rejected, but the bill's supporters say it's needed for the state to remain competitive.