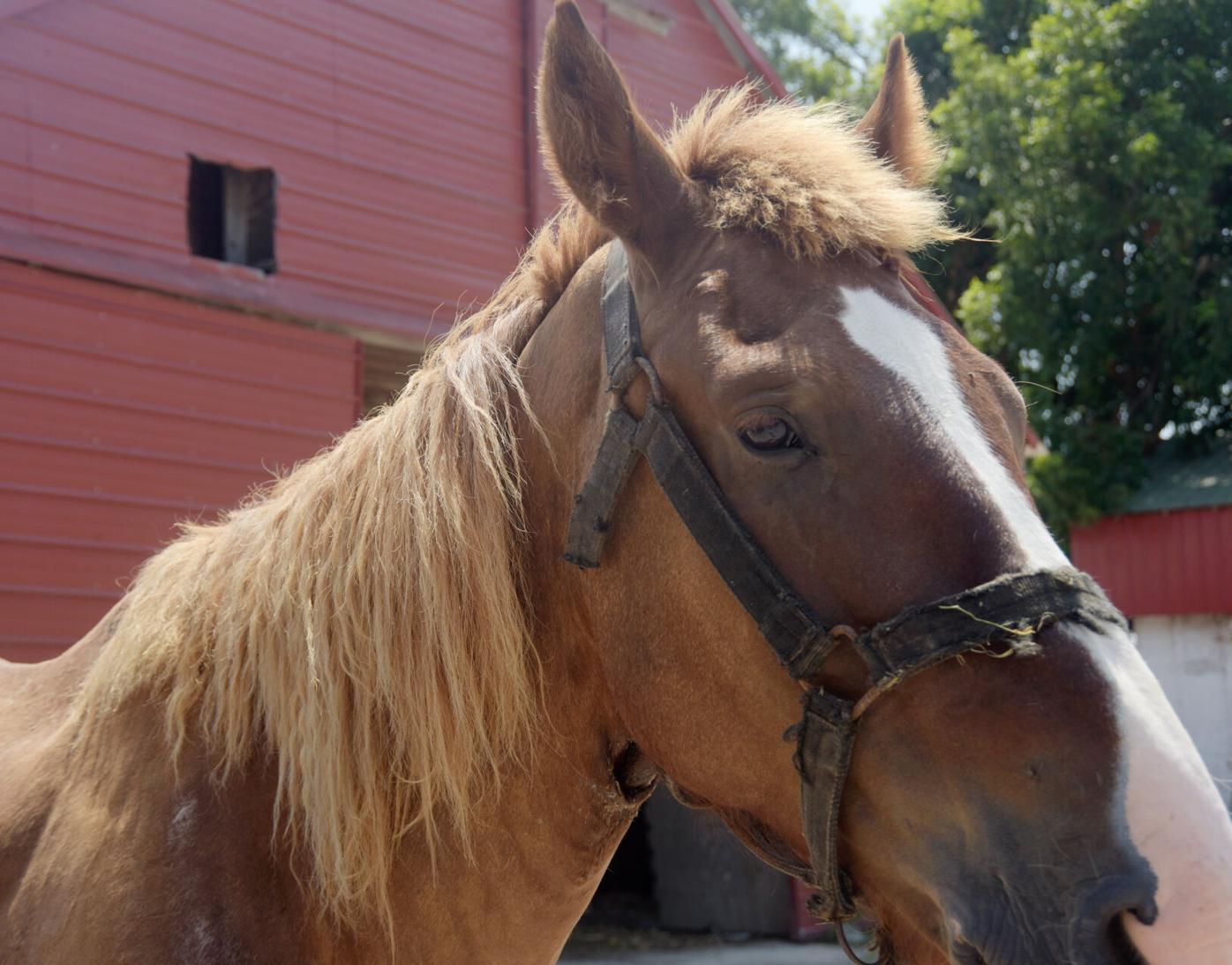 Ronnie stands outside a building Wednesday at the Petersheim farm in Clark. Ronnie is an 1,800-pound Belgian draft horse. 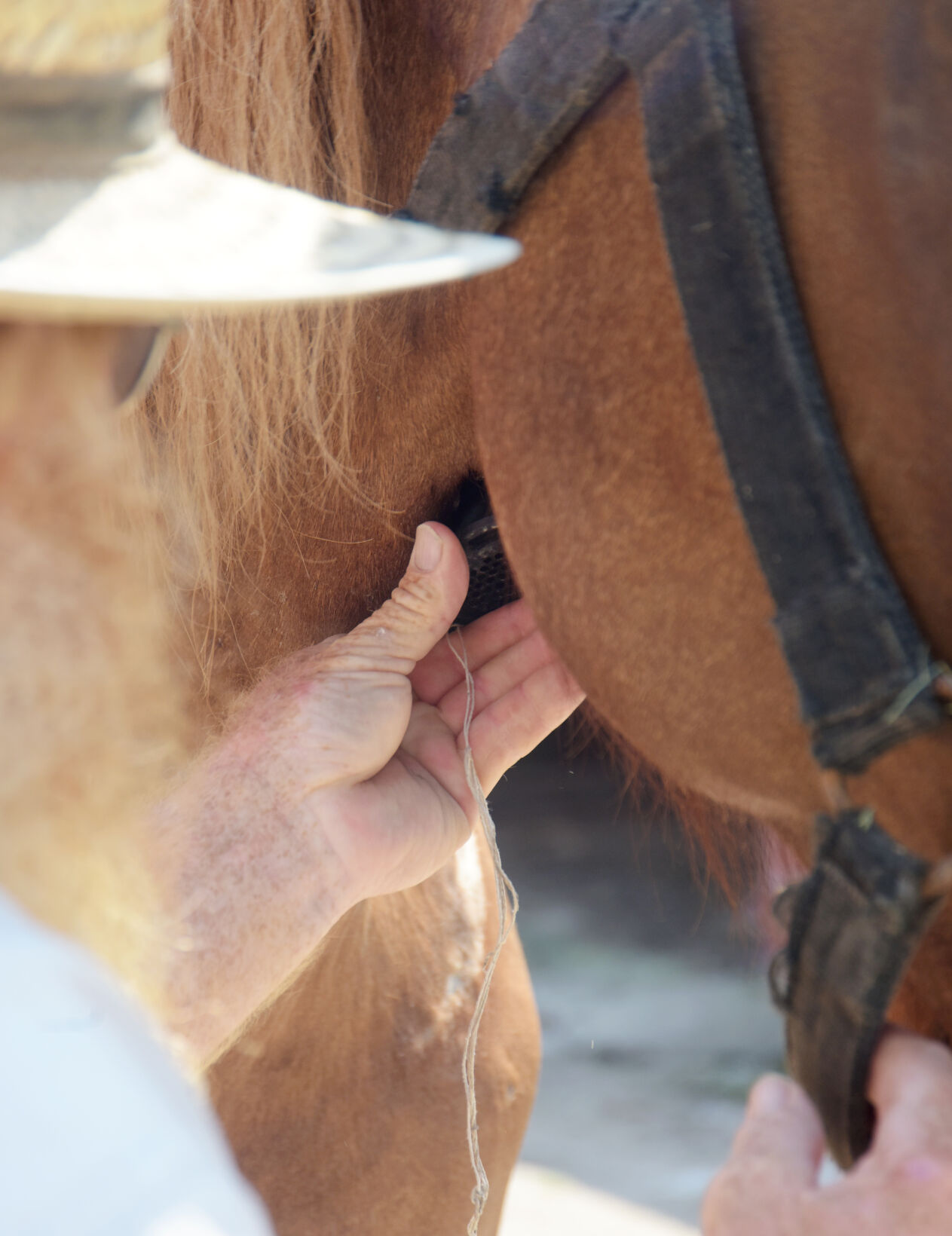 Menno Petersheim inserts Ronnie’s device Wednesday in Clark. Petersheim worked closely with the MU veterinary program to create this solution for the horse. 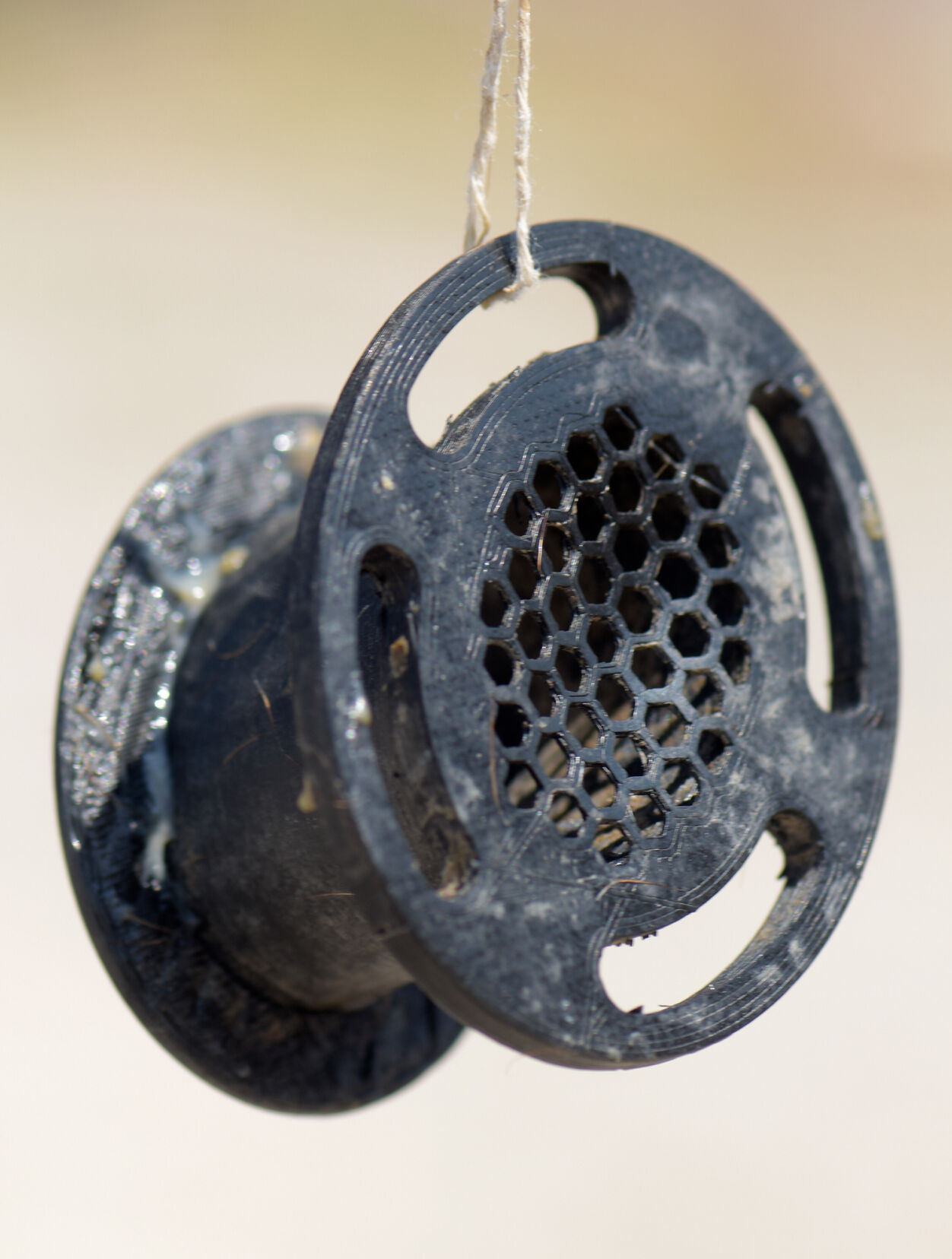 The horse has two of these 3-D printed windpipe inserts, which go in a hole in his neck and are swapped out regularly for cleaning. 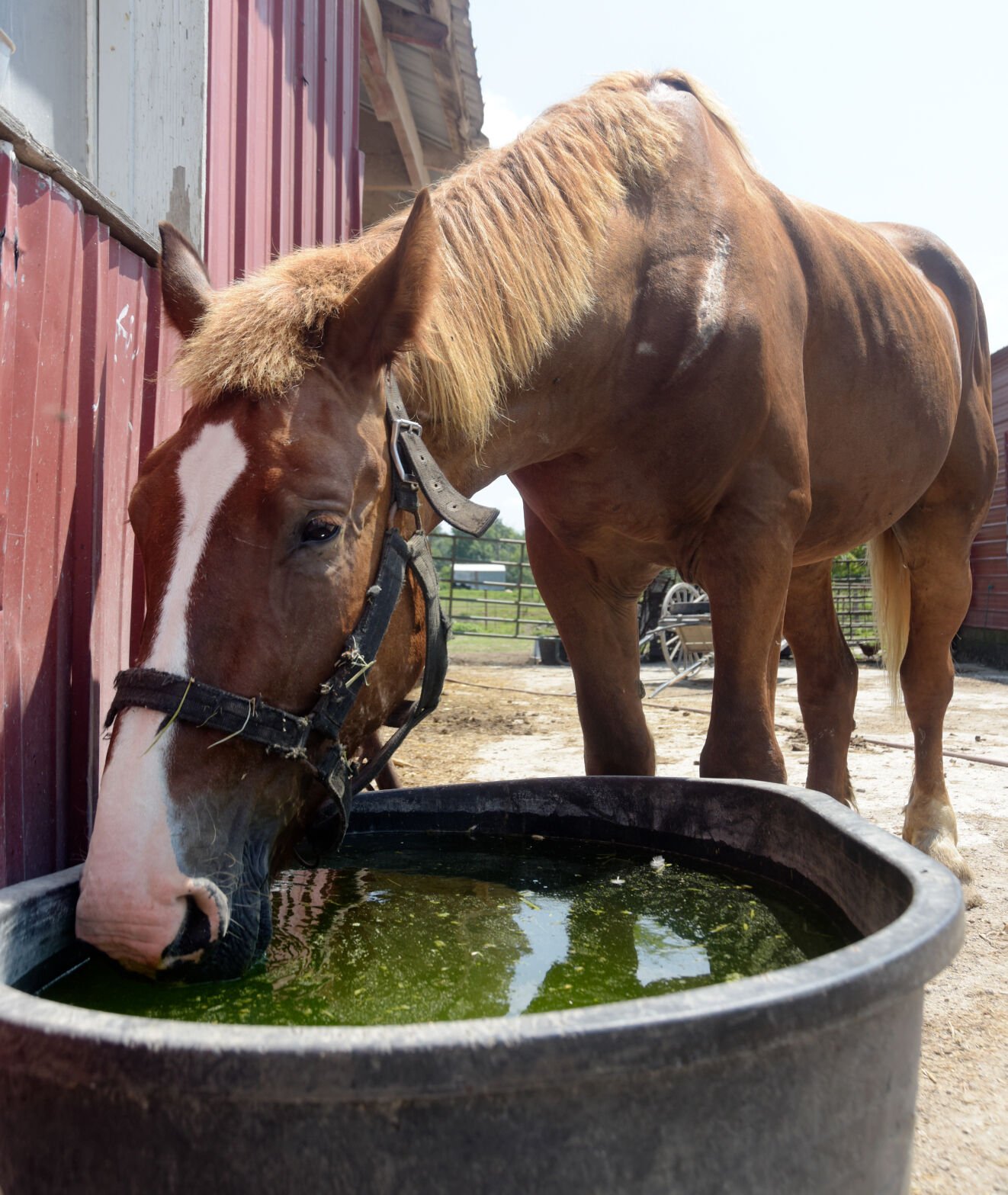 Ronnie takes a drink out of his water trough Wednesday in Clark. Ronnie was treated by MU equine veterinarian Kevin Keegan. 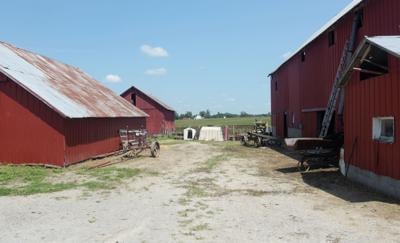 CLARK — A typical work day for a Belgian draft horse on an Amish farm is to plow the fields until lunchtime, eat a bucket of oats, then head back out to plow until dinner.

So when a draft horse named Ronnie started having trouble breathing three years ago, he couldn't finish all of his chores. Because Ronnie is an essential worker on the Petersheim farm in Clark, his owner became deeply concerned.

Enter Dr. Kevin Keegan, an equine veterinarian at MU who saw the horse last summer. Ronnie had a tracheostomy in 2018 to open his windpipe, but debris would clog the opening when he worked.

Keegan had to find a way to prevent the blockage while keeping the airway clear.  He sat down one day to brainstorm a breathing device and drew a quick sketch. Then he took his idea to the 3D printing lab at MU and teamed up with two engineering students.

They used the 3D printer to bring the sketch to life, creating a first-of-its-kind windpipe device to restore the horse's ability to breathe.

Ronnie is an 1,800-pound Belgian draft horse owned by Menno Petersheim, an Amish farmer who lives with his wife, Rachel, and his family on a 240-acre property. With the help of his 11 children, many now adults, Petersheim raises livestock and grows corn, oats and soybeans.

Draft horses play a major role in the daily operation of an Amish farm where horses are favored over tractors and combines to plant and plow the fields.

A good, hardworking horse that can be trained to work with a team can cost a farmer close to $6,000. Ronnie is Petersheim's lead plow horse, in charge of a seven-horse team pulling a two-bottom plow — four horses in the back and three in the front.

Ronnie is positioned smack-dab in the middle where it is critical that he be in top condition.

His breathing problems became noticeable when was around 4 years old. Equine veterinarians performed the tracheostomy, drilling a hole in Ronnie's windpipe to help bypass his obstructed airways and let him breathe more easily.

What they didn't realize was how hard the horse works. When Ronnie walked the fields after surgery, dirt and bugs would clog the hole in his windpipe, cutting off much of his oxygen supply. This caused Ronnie to tire quickly so he had to stop working.

At the MU Veterinary Health Center, Keegan realized that the horse needed a device to block debris from plugging the hole in his windpipe but still allow him to breathe normally.

After Keegan drew his sketch, he wasn't sure how turn his two-dimensional design into an actual device. So he made a phone call.

"I contacted the president of the 3D printing club here, and he set me up with two students," Keegan said. "And that's how it got started."

Keegan was introduced to Griffen Mustion and Holly Anderson, two engineering students and members of the 3D printing club. He showed them his design, and they made a trip to the Petersheim farm to take a look at Ronnie. They needed to see how big the device needed to be to fill the hole in his windpipe.

Making sure the device was going to fit was the most important and yet the most difficult part, Keegan said. It needed to be firm enough to stay in place but flexible enough to bend and expand while Ronnie worked.

Using 3D printing software, Mustion and Anderson tweaked the size, depth and height of the device until they found the perfect fit. Once finished, they sent it to the printer. The pair had to make 13 prototypes, each taking four hours to print, before the found one that would work.

The final device looks like a spool of yarn with a small screen that blocks extra skin, bugs and dirt from entering Ronnie's windpipe while he works. It's a kind of screen-door for the horse's windpipe, Keegan said.

Kara Stowers, a neighbor of the Petersheims, helped drive the horse to the veterinary clinic in Columbia when the family needed transportation.

"It's truly amazing that Ronnie can still do all the things he can do in the field with that thing in his neck," Stowers said.

How do you get your news? Fill out our survey to share how you engage with the news.
You must be logged in to participate in the Show Me the Errors contest.
Report an error
Write a letter
Send us feedback