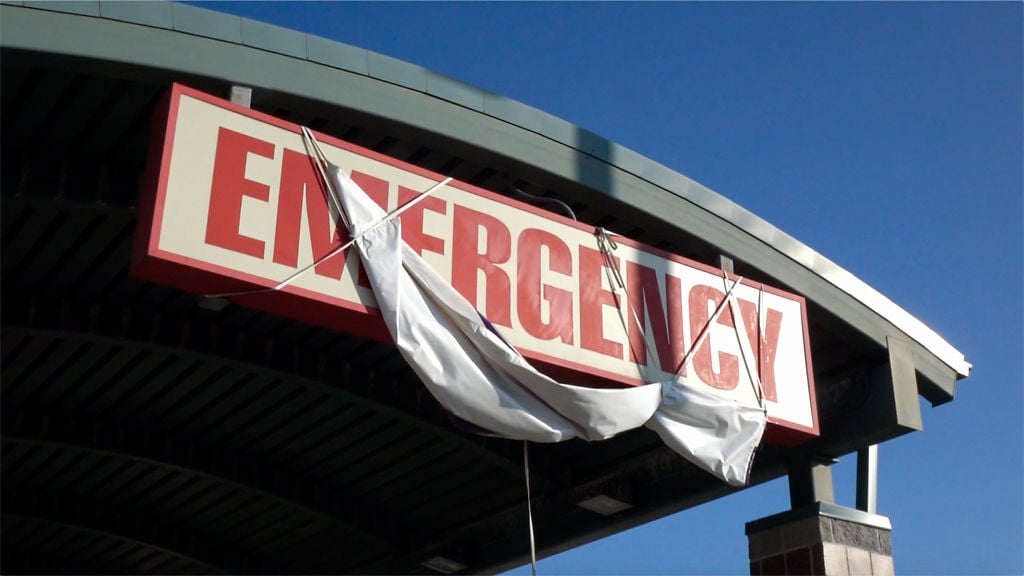 A banner announcing the closure of a hospital is tangled on an emergency sign in Sweet Springs. Affinity Health Partners, a Dallas-based company, placed a $3.4 million bid on the building in December, but Sweet Springs residents have not heard what the company’s official plans are for the space. 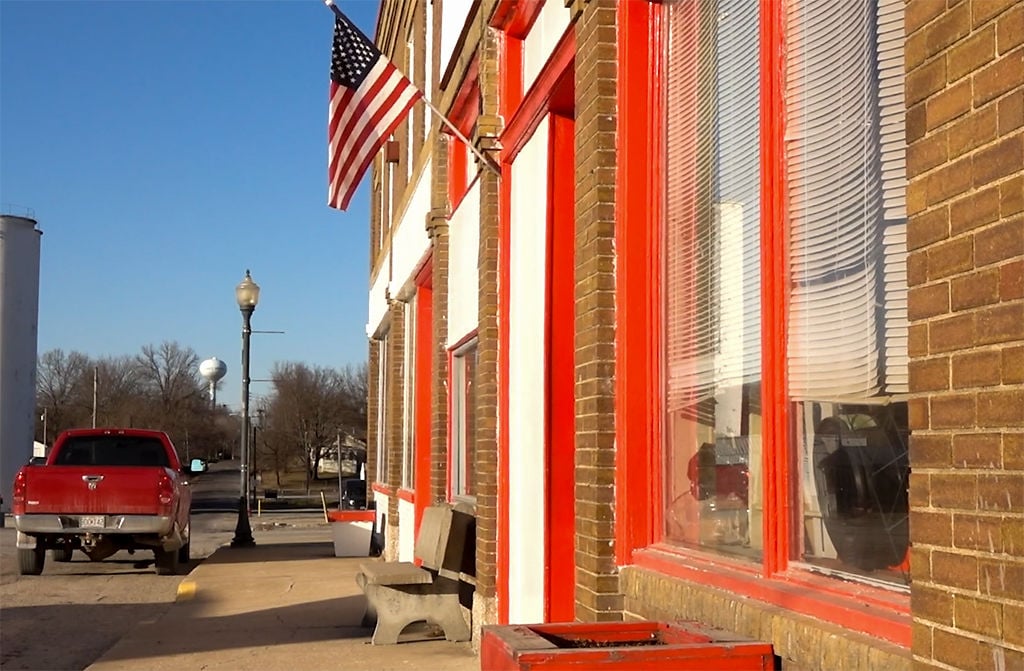 An American flag waves Feb. 21 in downtown Sweet Springs. The I-70 Community Hospital closure not only impacted the Sweet Springs community, but also residents in nearby towns such as Emma and Concordia, who now have to travel even further to get to a hospital. 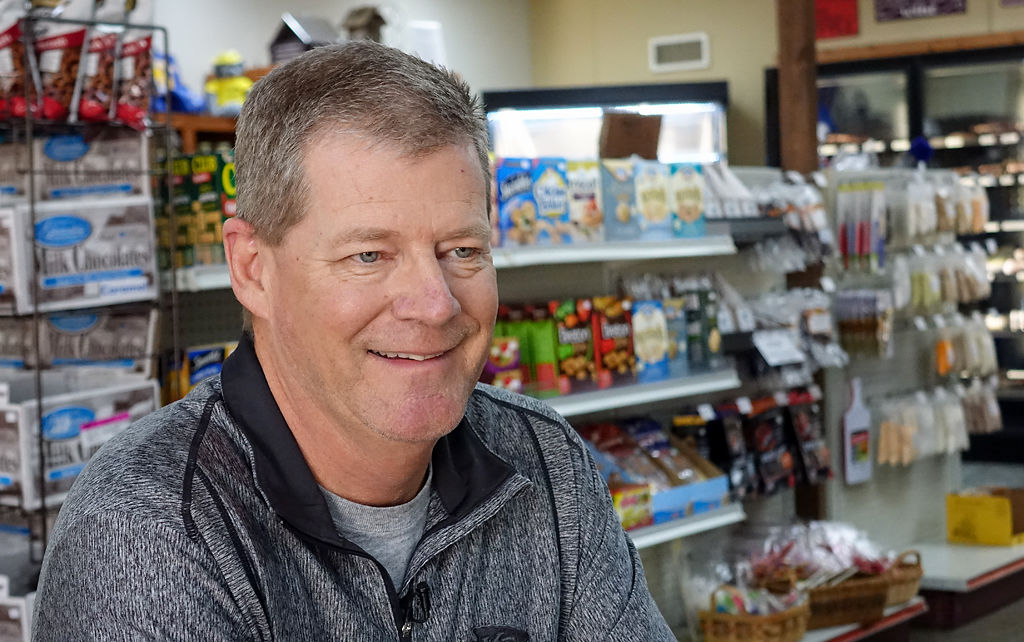 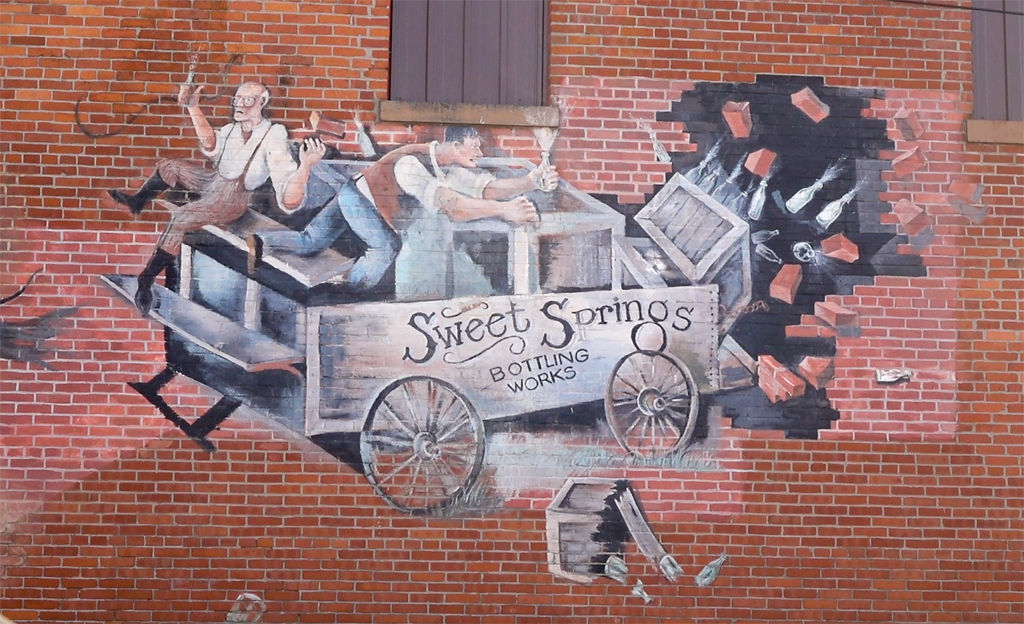 A mural decorates a building Feb. 21 in Sweet Springs. Several local businesses, including The Market and The Cheese Store, have been hurt financially since the town hospital closed over a year ago. 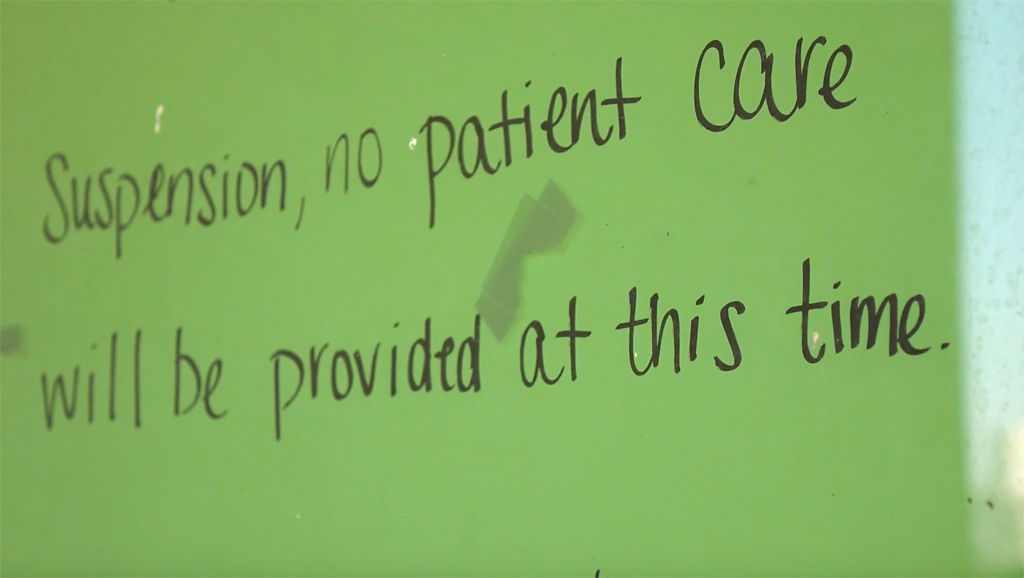 A handmade poster hangs on the door of the I-70 Community Hospital Feb. 8 in Sweet Springs. The hospital closed in February 2019, and its owner, Empower HMS, declared bankruptcy on the hospital in March 2019. 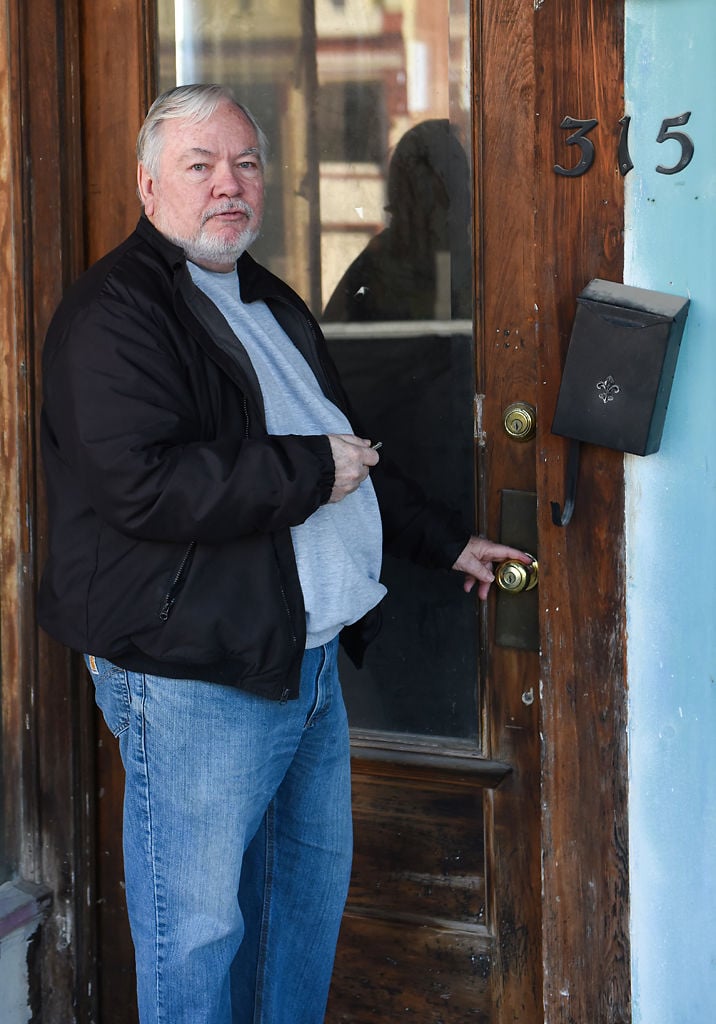 Bill Koch unlocks the door Feb. 8 to a town building he plans to renovate in Sweet Springs. Koch owns the town grocery store, The Market. He recently decided to renovate a historic building on one of the main streets in town to be a gathering place for artists and a banquet hall. Koch said he hopes the space will bring more people and business into town. 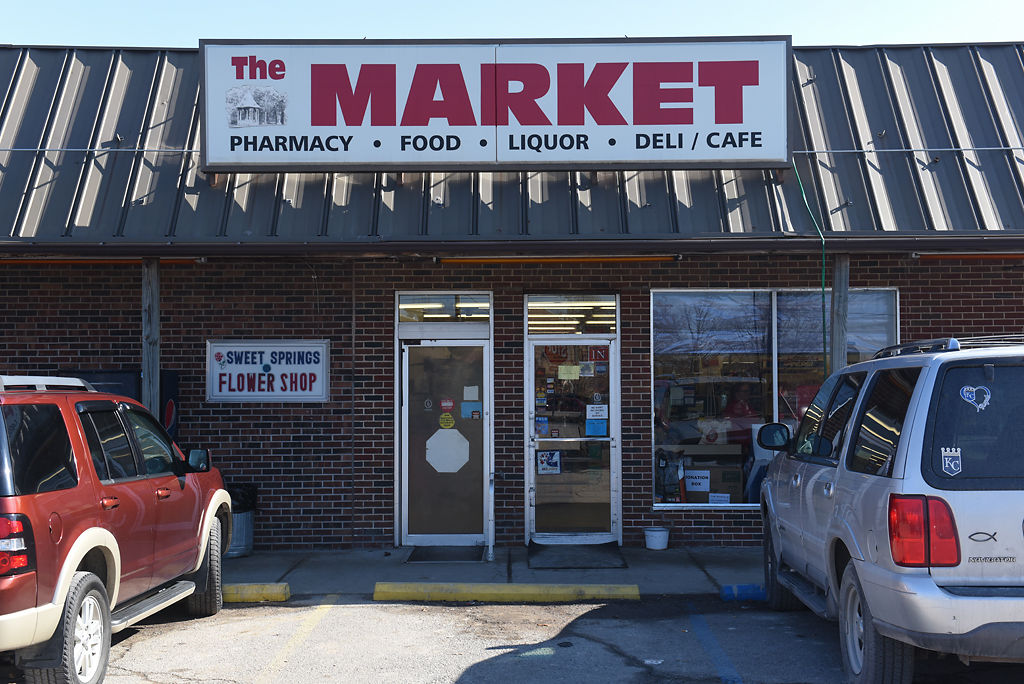 The Market is open for business Feb. 8 in Sweet Springs. The Market is one of the main businesses in town, and its owner, Bill Koch, said employees and patients at the I-70 Community Hospital, which closed in February 2019, used to shop there often. 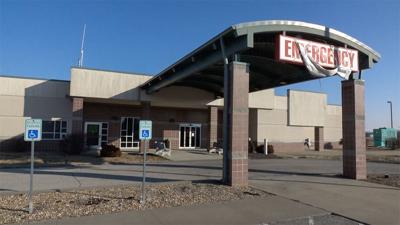 The I-70 Community Hospital in Sweet Springs closed in February 2019. Since then, residents of the small town have been left in limbo. Not only did the hospital provide emergency medical care for the nearby rural communities, its patients and employees also brought business to local shops. P…

The same sign is displayed on every doorway: “Due to voluntary TEMPORARY license suspension, no patient care services will be provided at this time.”

But the I-70 Community Hospital in Sweet Springs has stood, closed and empty, since February 2019.

Just beyond Interstate 70’s Exit 66, beyond the empty hospital and the gas stations that frame the highway, is a community still coming to terms with the void the hospital left.

Bill Treece, a member of the defunct hospital’s community board, said it did more than just provide medical care; it was where the town held elections and senior citizens would often get meals at the cafeteria to ensure they were eating healthy.

“We’re an aging population in this whole area, and people depend upon that emergency room,” Treece said. “I think the closing of the hospital has probably hurt any chances of further economic development.”

I-70 Community Hospital was owned by Empower HMS.

At one point, Empower CEO Jorge Perez owned or managed 18 hospitals across eight states, one of which was Sweet Springs’ hospital. Over half of these have closed in the midst of allegations of an extensive lab-billing scheme.

“I think all he ever did was take money; he never gave any,” Lewis Bybee, a former member of the hospital’s community board, said. “He took the 401(k)s, and he took the premium for health insurance, took their wages. He took it all and then walked out.”

Perez filed for bankruptcy for the I-70 Community Hospital on March 21, 2019.

The head of the Sweet Springs ambulance board, Dennis Dohrman, said the ambulance district wanted to buy the hospital but was unable to find a partner to work with it in the day-to-day operations.

But when the building went up for sale in December, Affinity Health Partners — a Dallas-based company — put in a $3.4 million bid. After several attempts to reach Affinity Health over the phone for comment, officials were unresponsive.

Sweet Springs residents have been left in limbo.

Many community members, including Treece and Dohrman, have heard it could become a medical mall, possibly providing primary, dentistry and other clinic services but no emergent care. They say it’s hard to confirm that information.

“Nobody can find out anything,” Treece said. “If the sale actually went through, there’s been no press release to any of the papers (about) what’s going to happen.”

Seven rural hospitals have closed in Missouri since 2014, according to the Cecil G. Sheps Center of Health Services Research.

Hospital closures disrupt the towns where the facilities were located, and the closures also have a ripple effect on nearby towns. Michael Brown, the mayor of Concordia, said the I-70 Community Hospital closure has also impacted his town.

Concordia is approximately 10 miles from Sweet Springs, and when the hospital was open, it would take ambulance crews around 10 minutes to take people to the hospital. Now, the nearest hospital is 27 miles away, which is how far residents need to travel for a COVID-19 test if they need one.

“It pulls people out of the local community who maybe would like to stay there and want to be around their family but, because of their medical needs, can’t,” Brown said. “(There’s) the fear of, ‘If I do have a heart attack or a stroke or something like that, I’m not going to get to the hospital fast enough.’”

Valerie Bader, an associate professor at the University of Missouri specializing in community health, said lack of access to critical and primary care can make preventable illnesses worse. Something as common as strep throat can cause long-term health issues when it goes untreated, she said.

“If there’s no primary care provider available, are you going to spend an entire day trying to get strep throat adequately treated?” Bader said. “It’s a difficult choice people in rural areas have to make that people in urban areas don’t struggle with.”

Rep. Dean Dohrman, R-La Monte, represents Sweet Springs. He said expanding Medicaid would take money from other parts of the state budget, like higher education. For this reason, he said he has not voted to expand Medicaid in the past.

Medicaid expansion changes the eligibility requirements for the program. Missouri is one of 14 states that has not adopted Medicaid expansion. There is an effort to gather enough signatures to put the issue on the November ballot.

Telemedicine is the practice of using online services to receive care, like using a video conference service to talk to your doctor. But it’s not a perfect solution. Dohrman said that although it can do a lot of good, sometimes it is hard to access because of a lack of rural broadband. Additionally, there’s little that telemedicine can do in terms of emergency situations.

But changing regulations for APRNs is something the Missouri Senate was considering with Senate Bill 714 before its session was put on hold. The bill would change regulations that restrict APRNs’ practice and give them more freedom to practice without the direct supervision of a doctor.

Gov. Mike Parson signed an executive order that temporarily removes the mileage restrictions for APRNs in response to COVID-19. The mileage restrictions normally state that APRNs need to be within 75 miles of a collaborating physician. Some bordering states have relaxed regulations related to APRNs altogether in the wake of the pandemic.

Although some of these solutions might help residents, the hospital’s closure and its impact is out of their hands.

“We maintained it for almost 15 years,” Bybee said,

“so it’s devastating to us when it went down.”