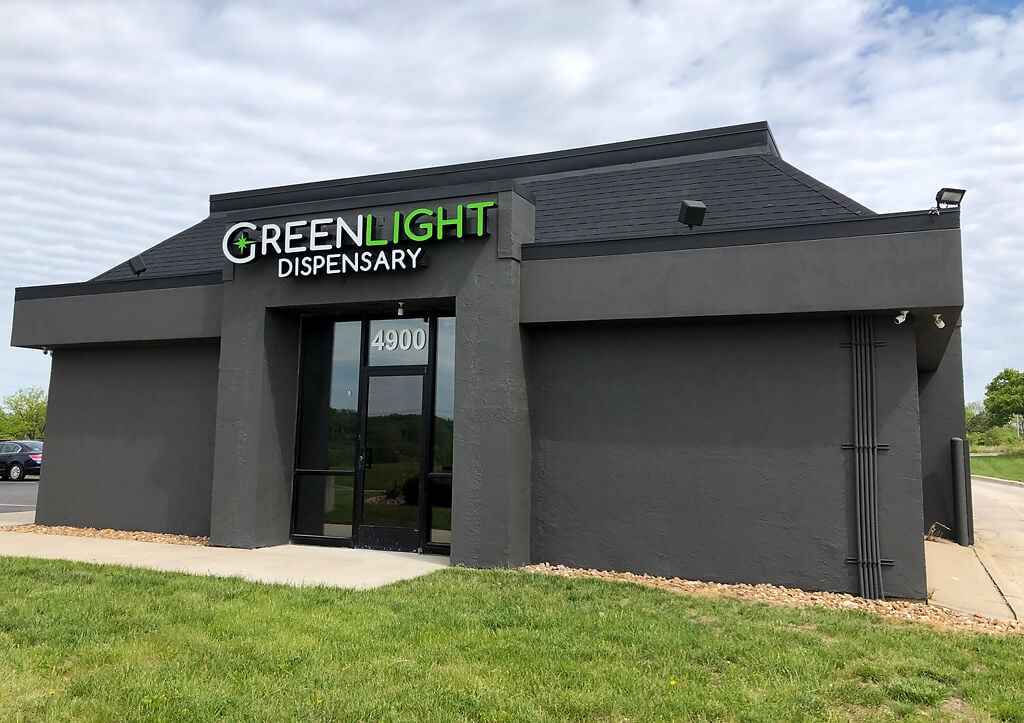 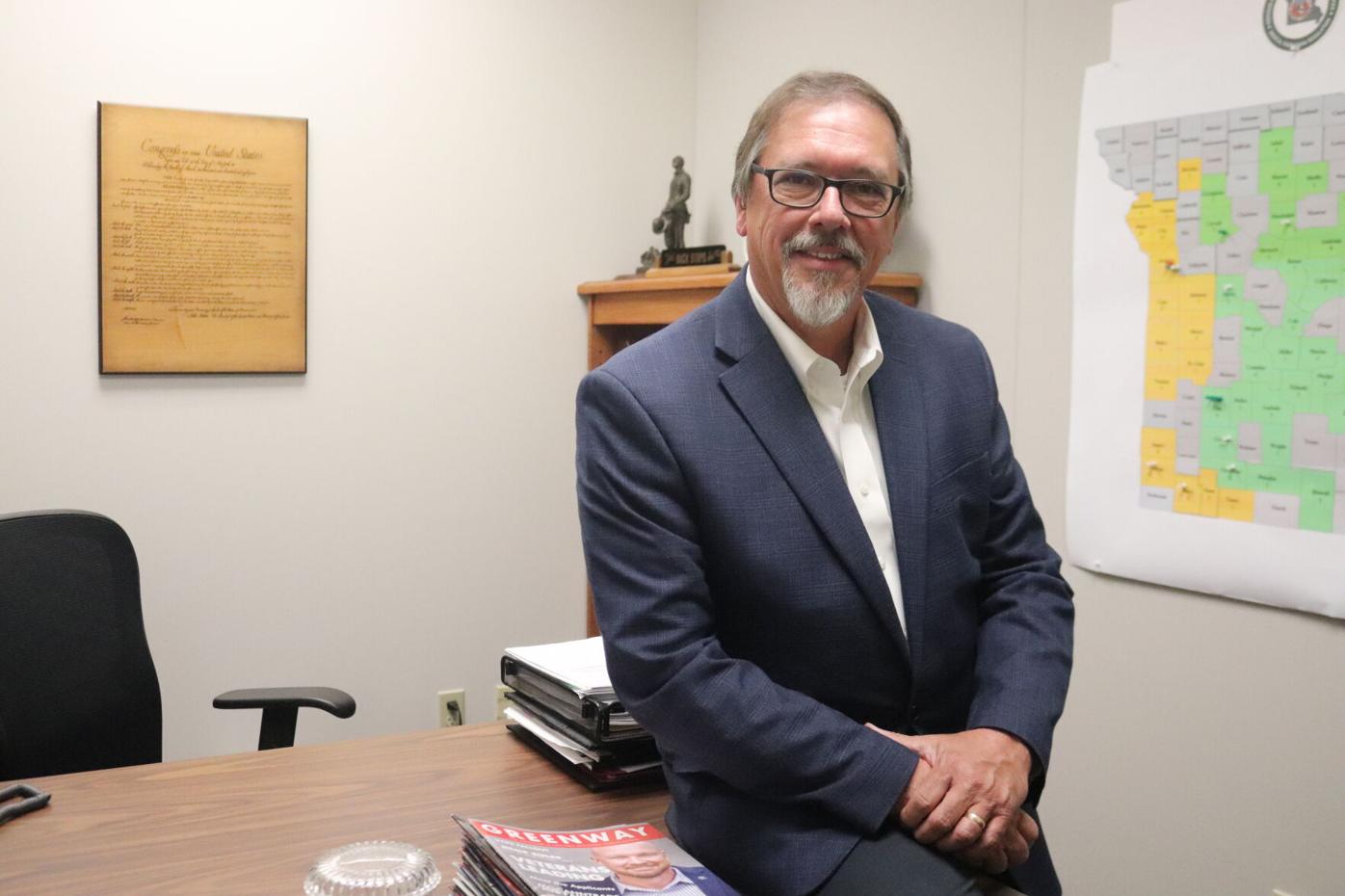 This story was reported in collaboration with the Missouri Independent.

Greenlight Dispensary advertises 16 medical marijuana locations across Missouri, from Cape Girardeau to Kansas City ... and all points in between.

Justice Grown, a Pennsylvania-based company, has ties to 14 dispensaries in Missouri.

Yet Missouri’s constitution prohibits the state from granting more than five dispensary licenses to any single entity or individual. The goal was to avoid a medical marijuana monopoly that could drive up costs to patients.

Do the Greenlight and Justice Grown connections violate Missouri law? Is everything aboveboard? Or did they successfully snake through legal loopholes that hinge on the definition of “ownership” and “control”?

State officials say they’re fine, but Missouri residents will have to take their word for that.

But because the state has steadfastly withheld any ownership information about license holders from public disclosure, it’s impossible to determine who owns what.

The dynamic has stoked criticism from those who contend an opaque system undermines public confidence in the fledgling program or, worse, actually tilts the scales toward well-connected insiders who wrote the constitutional amendment creating the medical marijuana program and went on to shape its rollout.

The entire marijuana licensing framework was designed to “advantage a small set of connected applicants by creating a dense regulatory thicket that can be gamed by insiders,” said Leisa Stevens, whose application to open a marijuana cultivation facility near Kansas City International Airport was denied.

Missouri regulators and state industry leaders push back on that claim. Lyndall Fraker, director of Missouri’s medical marijuana division, said the state ensures every licensee is operating “within the law and within the rules.”

Yet questions persist. And for a program that’s been dogged by accusations of impropriety, the lack of transparency has only fueled lingering concerns.

“Every step of this process has seemed like it was designed for certain groups to control the industry,” said Rep. Peter Merideth, D-St. Louis.

Rep. Jered Taylor, R-Republic, chairperson of the House oversight committee who spent months holding hearings on alleged misconduct in the medical marijuana program, said that while everyone might be adhering to the letter of the law, “Are they violating the spirit of the law?”

“That’s a question that deserves attention,” he said.

According to the constitution, the state can’t issue more than five dispensary licenses to any entity under substantially common control, ownership or management.

The Department of Health and Senior Services lists several factors on its FAQ page that define “substantially common control.” They include direct or indirect control of an operation; ownership, either directly or through an affiliate, of 10% of the voting stock; ownership of a majority of assets; or the ability to make policy or operating decisions, either directly or by a management agreement.

Lisa Cox, spokesperson for the department, said in an email that a majority owner is one who has more than 50% economic interests and more than 50% voting interests in an entity, including any parent and subsidiary entities.

During testimony to the House Budget Committee earlier this year, Amy Moore, deputy director of the marijuana division, said the department has verified that “everyone is in compliance with that constitutional standard.”

“Going forward,” she said, “we are building a database that will allow us to continue, as these entities become more complex, if they do, ... to monitor that, even to the level of related to control, which is one of the hardest ones to determine, looking at management agreements, branding agreements, everything that would possibly be in writing and contracted.”

The state considers all the information it has gathered about license holders confidential. But other publicly available records can shed some light on the process.

For example, the state provides contact information for dispensaries. There are 11 licenses that list Krystal Wright. Each is advertised under the Greenlight Dispensary umbrella.

Wright worked for Acres Cannabis, which was Greenlight CEO John Mueller’s company in Las Vegas that he sold to Curaleaf for $70 million. She has listed several email addresses in filings with the state, including two that are connected to Mueller’s other companies — Mid America Capital Inc. and Resonant Machines.

The phone number originally listed for each of these 11 dispensary license recipients is the same, and a reporter for the South Cass Tribune connected the number to Mid America Capital last year.

The five other Greenlight locations in Missouri are licensed to Grassroots OpCo Mo LLC. The contact, Steven Weisman, is the chief strategy officer of Grassroots Cannabis, which is owned by Curaleaf.

Mueller said he only owns equity in four of the 16 Greenlight dispensaries. He’s entered into “zero-dollar licensing agreements” with the owners of the others, he said, that allow each to use the Greenlight name and sell Greenlight-branded products.

The agreement provides a steady market for medical marijuana products from the cultivation facility that his company does own, he said.

“I’m guaranteed a customer,” Mueller said. “Right now, when there’s no product, it’s not a great deal for the cultivation side. But later in life, it’ll mean a guaranteed customer. When the agreement ends, they can rebrand that store if they want to.”

Wright no longer works for him, Mueller said, and now owns her own consulting and compliance company that has worked with “multiple ownership groups.”

Jim Mueller, John’s brother and chairperson of the board at Mid America Capital, has ownership stakes in four Greenlight dispensaries, including the Greenlight Bannister location in Kansas City. That dispensary’s retail general manager, Nathan Stamps, said the company doesn’t like to consider itself a chain.

“It’s a business model that they’ve established,” Stamps said of the Muellers. “So Greenlight Dispensaries is the company that I work for, and that’s the company that we are operating as right now in Arkansas and in Missouri.”

Fraker said Greenlight has been vetted and found to be operating within the rules of Missouri’s program.

The same would be true for Justice Grown, which was awarded five dispensary licenses.

Publicly available documents tie Justice Grown to two other companies that were also awarded dispensary licenses, bringing the total between the three entities to 14 licenses.

Vince Field, who is listed as vice president of business development for Justice Grown and is the principal contact for all three groups, said those 14 licenses are actually held by three separate companies, “none of which share common ownership.”

He said he was simply “the person who wrote the license applications.”

“They’re looking over everything,” he said. “Will people lie? Maybe. But if they do, will they get found out? Yeah, they will.”

Mueller agreed, saying the state was meticulous in ensuring everyone is abiding by the rules of the program.

“If on your application, if you said you were going to have a CO2 detector,” he said, “they went in and made sure you had a CO2 detector. I give them a lot of credit for that.”

But Ruby concedes that, ultimately, because nearly all information is held confidentially by the state, the general public has to trust that regulators are doing their job.

“Without transparency, you’ve got the state and the people making money in the system saying, ‘Just trust us,’” she said. “That’s not how this is supposed to work. That’s not how good government works.”

And even Ruby’s business is not above scrutiny.

Ruby’s company, From the Earth, has five dispensary licenses. But he also co-owns a cultivation facility with the owner of BesaMe Wellness, which advertises seven marijuana dispensary locations.

A receptionist for BesaMe described the businesses’ relationship as “sister companies” that are trying to spread marijuana dispensaries across the state “like McDonald’s.”

But Ruby said companies are only connected through the cultivation facility. The dispensaries, he said, are unaffiliated.

Originally, the state wasn’t going to release any information whatsoever about applicants for medical marijuana licenses.

In 2019, the St. Louis Post-Dispatch filed a lawsuit against the Department of Health and Senior Services after it refused to release records revealing who was seeking a license to sell, grow and distribute medical marijuana.

The department points to a portion of the medical marijuana constitutional amendment adopted by voters in 2018 that says the department shall “maintain the confidentiality of reports or other information obtained from an applicant or licensee containing any individualized data, information, or records related to the licensee or its operation … .”

“As I have chosen to be in the public eye,” he said, “most owners in the state have chosen to remain private, and that should be respected like it is for all Missouri businesses.”

Merideth said he hopes to offer an amendment in the legislative session’s final days that would stipulate that the constitutional provisions do not allow ownership records to be kept confidential.

The reason, Merideth said, is that the department has “given us no reason to trust them.”

Lawmakers have expressed concern about widespread reports of irregularities in how license applications were scored, as well as allegations that conflicts of interest within DHSS and a private company hired to score applications may have tainted the process.

“All I’ve seen is either incompetence or corruption,” Merideth said. “And as long as that’s the case, no, when they’re hiding something from us, that’s only going to make me more concerned that there is something nefarious.”

Throughout, Fraker has maintained that the medical marijuana program has operated aboveboard and in a transparent manner, all under the auspices of the constitutional amendment approved by voters in 2018.

“We’ve tried to be very transparent,” he said, “very open.”

Casey Murray of the Missouri News Network contributed to this report.