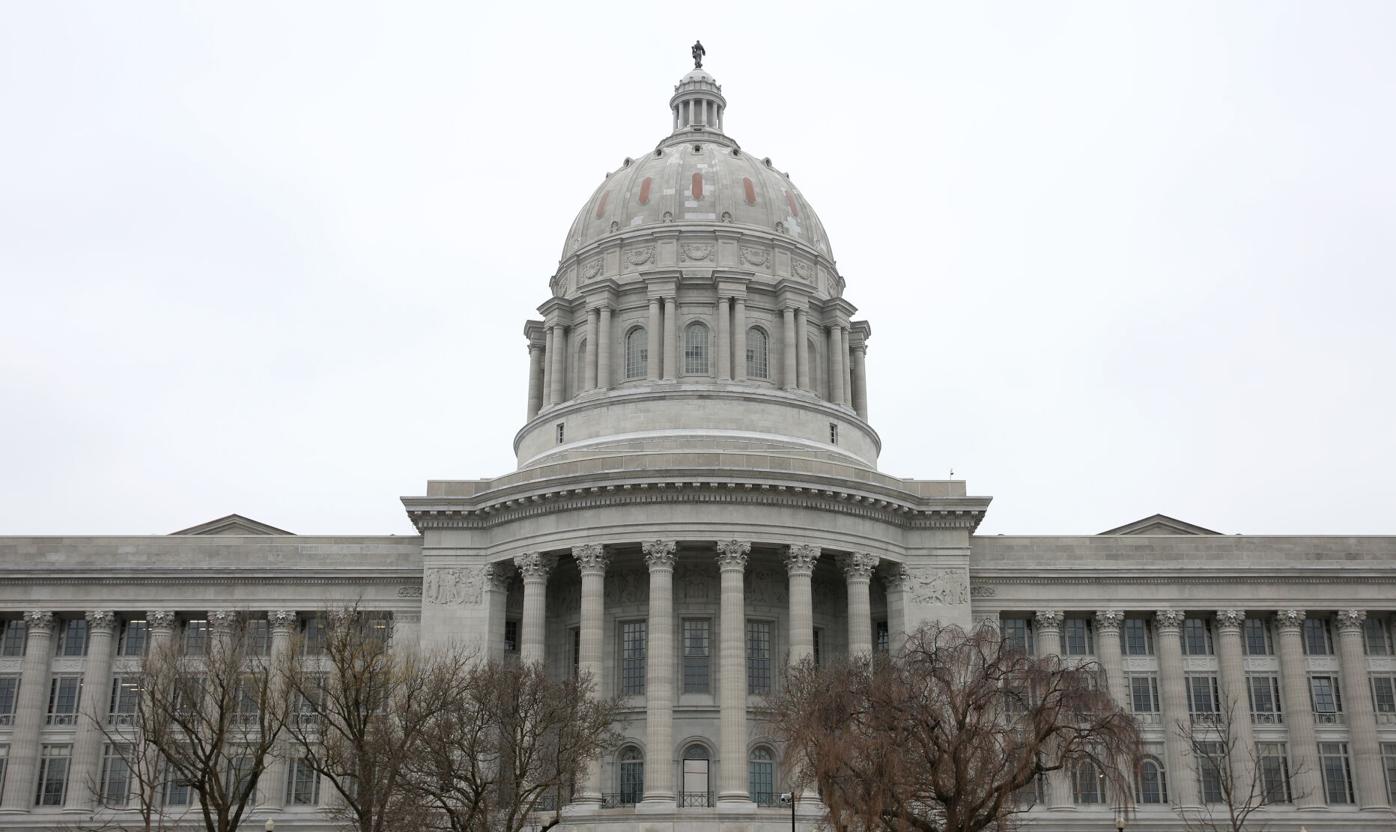 The Missouri State Capitol in Jefferson City is pictured Feb. 1, 2021 following a multi-year renovation effort. Missouri Statehood Day festivities will begin Tuesday at the Capitol and will include a formal recognition of the state's Bicentennial and a reveal of the Missouri Bicentennial stamp, among other events. 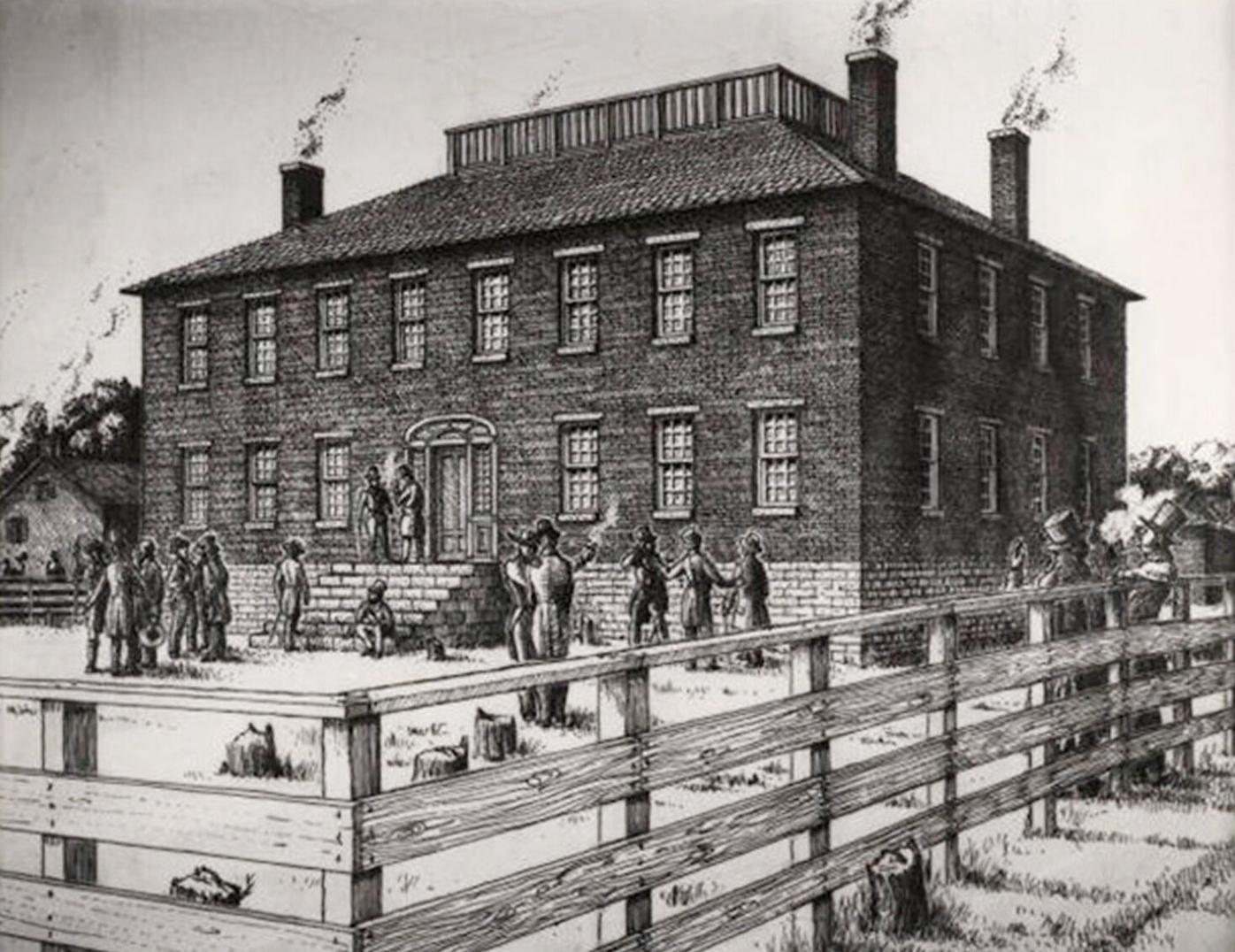 An artist’s rendering of what the first state capitol in Jefferson City may have looked like. Missouri’s capital was moved from St. Charles to the town of Jefferson in 1826. 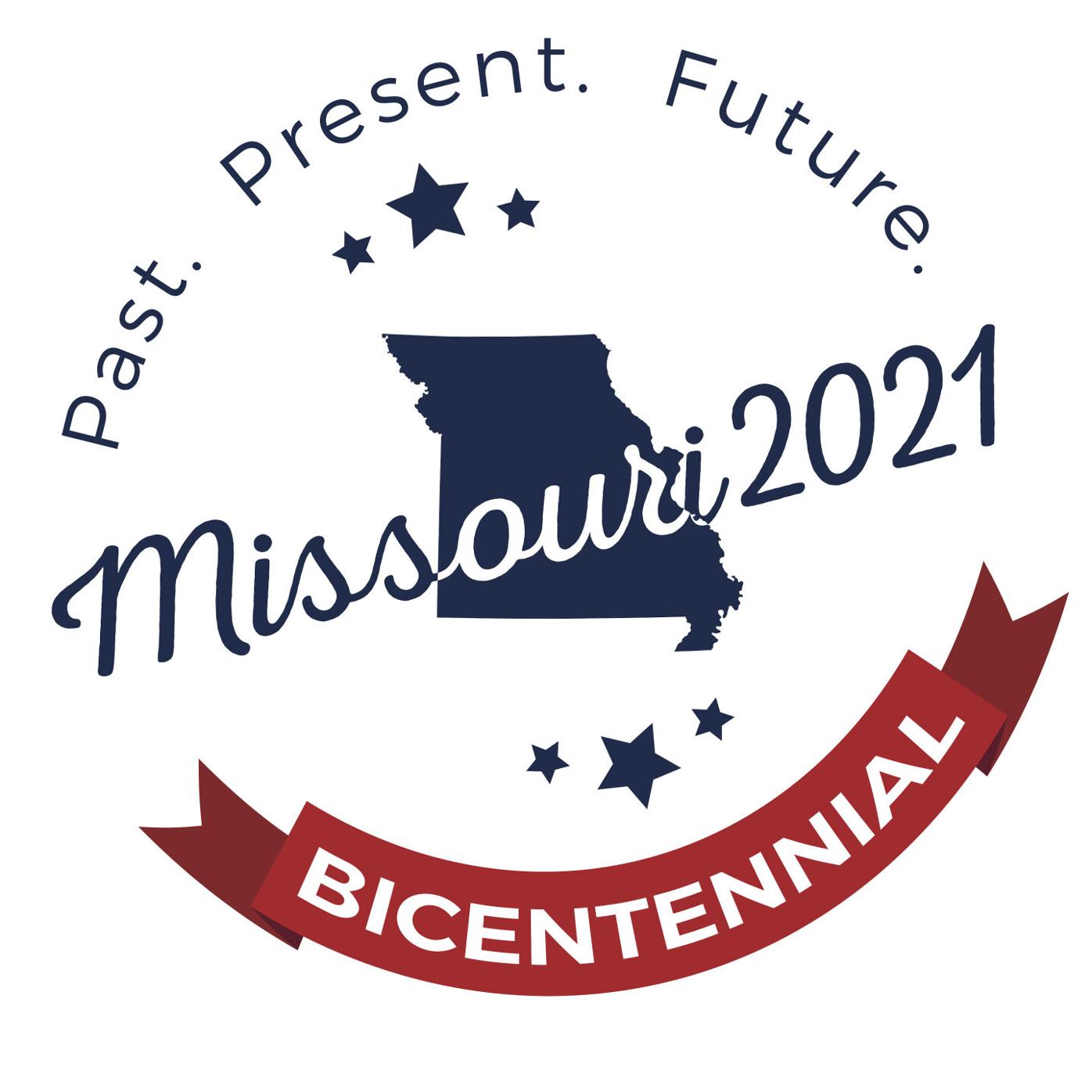 The Missouri State Capitol in Jefferson City is pictured Feb. 1, 2021 following a multi-year renovation effort. Missouri Statehood Day festivities will begin Tuesday at the Capitol and will include a formal recognition of the state's Bicentennial and a reveal of the Missouri Bicentennial stamp, among other events.

An artist’s rendering of what the first state capitol in Jefferson City may have looked like. Missouri’s capital was moved from St. Charles to the town of Jefferson in 1826.

Saddle up for 200 years of Missouri history at once-in-a-lifetime experiences commemorating the state bicentennial beginning in earnest Friday.

Events, celebrations and exhibits are ramping up across the state as Missouri's birthday draws closer.

With its prime location on the Mississippi and Missouri Rivers, it was positioned as a key intersection of commerce and transportation. Called “Gateway to the West,” the Gateway Arch in St. Louis is a monument to the role the state played in the nation's western expansion.

Kicking off a weekend of bicentennial events in Columbia, Together for '21 Fest will highlight Missouri's history through music, exhibitions, talks, film screenings, folk art demonstrations, performances and more. Everything is free.

The festival will also have fiddling jam sessions, a square dance demonstration and Voices of Arrow, a theatrical production bringing to life the stories of early Arrow Rock citizens from the Missouri frontier, according to the State Historical Society of Missouri.

During Together for ’21 Fest, all visitors, regardless of vaccination status, are required to wear masks in indoor spaces where social distancing is not possible.

Missouri Statehood Day on Tuesday begins at the Capitol with the formal recognition of the state's Bicentennial, a reveal of the Missouri Bicentennial stamp, bicentennial-themed exhibits in the Capitol including the Bicentennial Quilt and the My Missouri 2021 photograph display.

To start the day, remarks will be given by Gov. Mike Parson; U.S. Sen. Roy Blunt; Gary Kremer, executive director of the State Historical Society of Missouri; Judge Paul C. Wilson, chief justice of the Supreme Court of Missouri; and Carrie Tergin, mayor of Jefferson City and co-chair of the Missouri Bicentennial Commission.

A U.S. naturalization ceremony will be held in the morning to confer U.S. citizenship status on candidates from 20 countries.

A statewide ice cream social will be held in the afternoon at Central Dairy in Jefferson City. Counties across the state will also hand out free scoops for residents.

The celebration is open to the public and will include remarks from representatives of the Boone County Commission, University of Missouri, the City of Columbia, and Hawthorn Bank, as well as Lt. Gov. Mike Kehoe. The event will conclude with a ribbon cutting by the Columbia Chamber of Commerce Ambassadors.

The Bicentennial Quilt, with one block from each county in the state, will be displayed at the Center for Missouri Studies Friday through Sunday. Previously displayed in many locations around the state, the quilt represents the diverse history of Missourians in different counties. 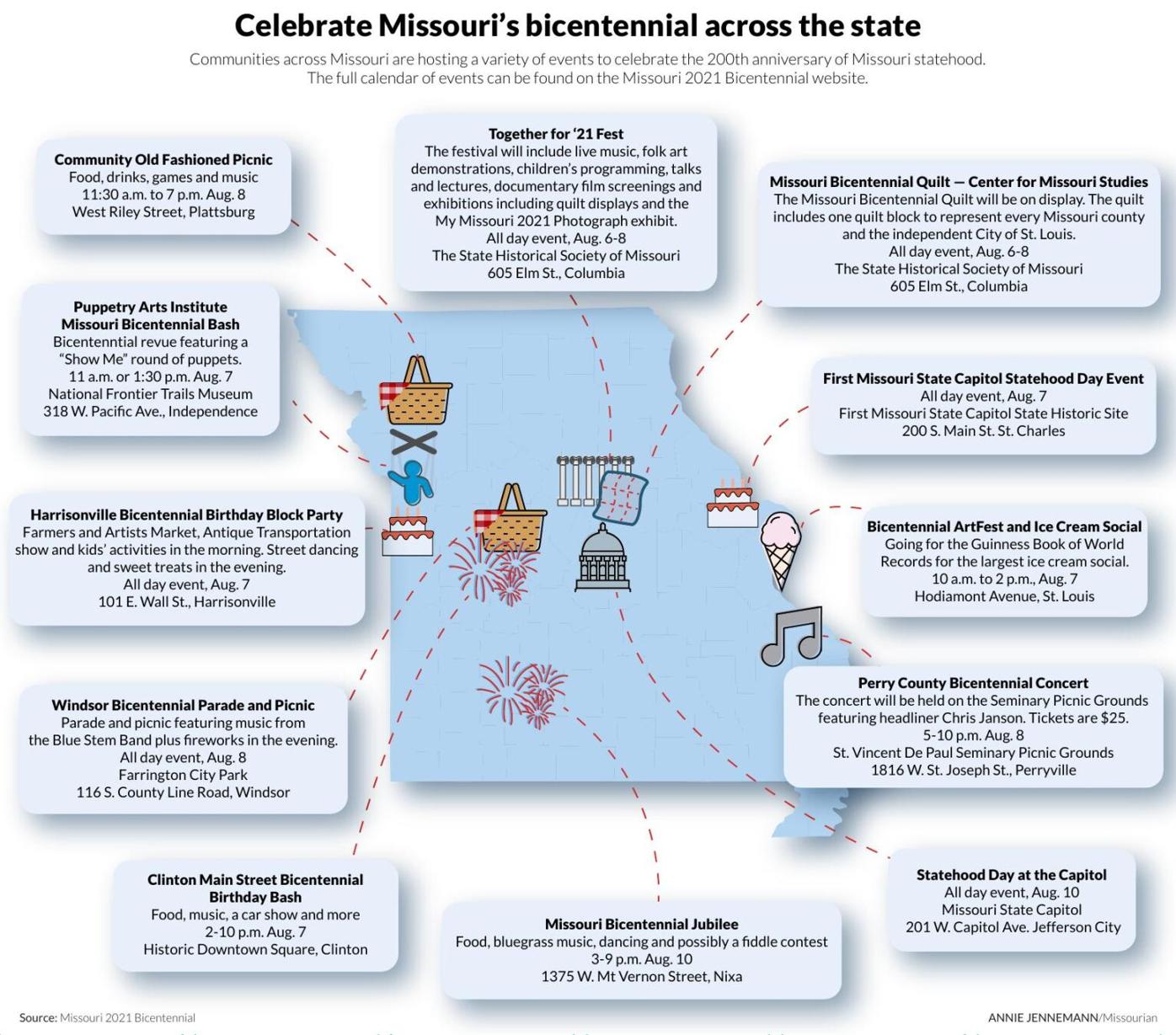 Columbia residents will have a chance to view the representation of the county's history before the quilt is moved to the Missouri State Capitol on Tuesday.

"Each little block tells a story, and it really kind of connects us all," said Beth Pike, senior strategic communications associate at the State Historical Society.

Missouri history began with the settlement of indigenous peoples around 12,000 B.C. and continued with the founding of French colonies.  In 1803, France sold the area to the U.S. as part of the Louisiana Purchase.

By 1821, when Missouri became a state, it had become a booming center of commerce at the intersection of waterways in St. Louis. Established in 1839, the University of Missouri was the first state university west of the Mississippi River.

Events and exhibits will also be on display through the end of the year in various places around the state.