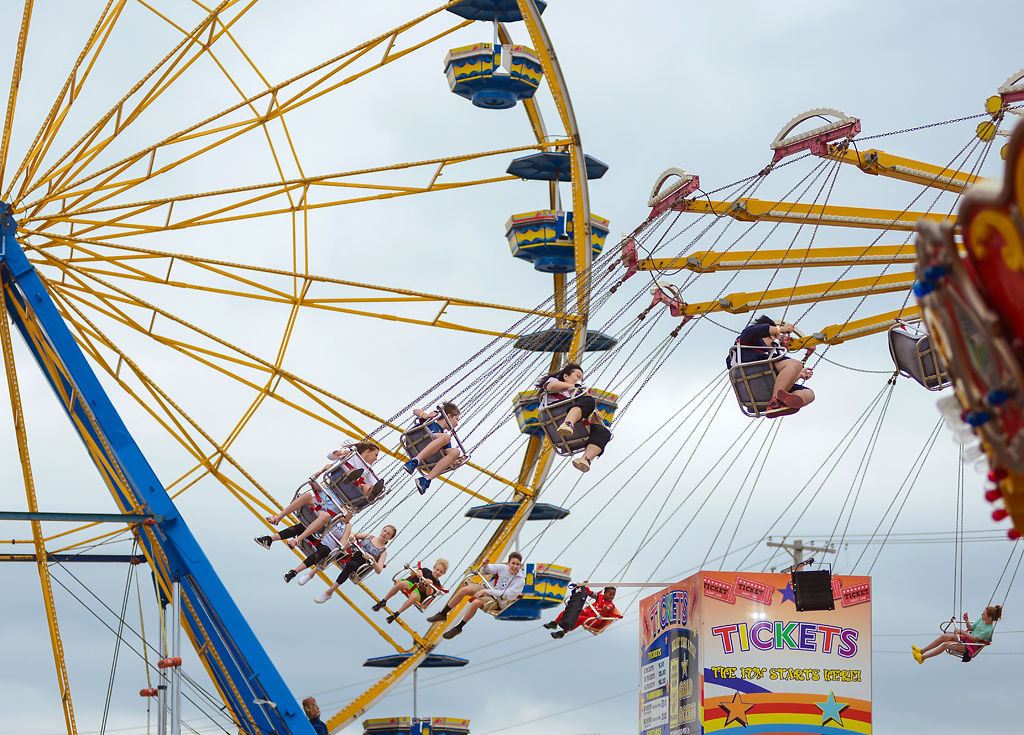 The Yo-Yo and the Giant Wheel spin during the summer of 2019 at the Wade Shows Carnival at the Columbia Mall. 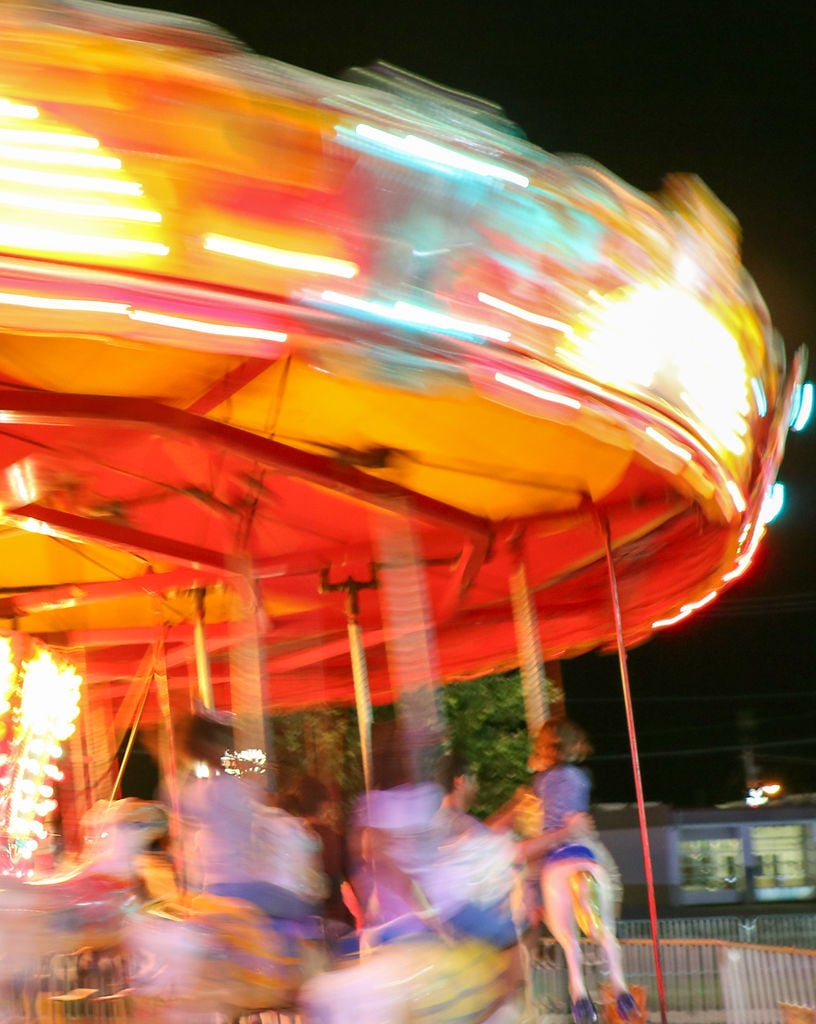 The merry-go-round is one of many rides featured Aug. 25, 2019, at the Wade Shows Carnival at the Columbia Mall. The carnival had more than 15 rides, 12 games and four food booths.

The Yo-Yo and the Giant Wheel spin during the summer of 2019 at the Wade Shows Carnival at the Columbia Mall.

The merry-go-round is one of many rides featured Aug. 25, 2019, at the Wade Shows Carnival at the Columbia Mall. The carnival had more than 15 rides, 12 games and four food booths.

Labor shortages are affecting traveling carnivals nationwide, meaning many local fairs and other outdoor events are having trouble finding businesses to supply midway rides this year.

The Moniteau County Fair, which ended Sunday, could not offer carnival rides this year. Officials had originally booked rides, but the carnival company canceled soon afterward, saying it did not have enough employees to work the rides.

“I have talked to other carnivals, and they are saying they are struggling to get workers,” said Travis Peck, president of the Moniteau County Fair Board. “I guess they just were having trouble finding enough [workers] to get the work done and fulfill their contract.”

The Boone County Fair was able to arrange rides through Sonshine Amusements in Odenville, Alabama, for July 20 to 24 .

The Missouri State Fair opens Thursday and will have its usual carnival attractions after contracting to secure rides through Wade Shows, a traveling midway company based in Livonia, Michigan.

The fair, however, has been struggling to find enough seasonal workers to staff its other attractions. The need averages around 850 seasonal workers, but the number of hires this year isn’t nearly that, according to Mark Wolf, the director of the Missouri State Fair.

“We have struggled to find help,” said Wolf. “Time is running out.”

Fair hires work jobs such as cleaning up the livestock barns, selling tickets and directing traffic. This lack of workers could result in longer lines at the state fair this year, as indicated by other fairs facing the same problems.

Even though they are still trying to hire workers, people camping at the fair have already started to show up.

The labor shortage comes after many carnivals, concessionaires and amusement parks spent a bleak year during the pandemic when many events were canceled. Finding Americans willing to work in the amusement industry has always been difficult, but unemployment benefits kept many from applying for lower-wage jobs.

Turning to foreign workers through the government’s temporary worker program proved problematic when demand for visas was much higher than supply. The 33,000 visas available for the second half of the fiscal year were met with a demand for over 90,000 visas.

Those who work carnivals are granted the non-agricultural temporary work permits called H2-B visas. According to the Department of Labor, amusement and recreation jobs are the second most common occupation chosen by H2-B visa holders, making up 7.9% of the total jobs. Landscaping and grounds-keeping jobs are the most common, generating 45% of the temporary visas.

The labor shortage in the carnival industry then has been largely a fallout from a national cap on temporary work visas in the U.S. that was predominantly the result of businesses contracting or closing during the pandemic. Labor Department data shows that from 2019 to 2020, the number of H2-B visas issued decreased by more than 36.5%.

The cap for H2-B visas for the second half of the 2021 fiscal year was reached in February, meaning all visa applications after that were automatically rejected. Carnival operators say this is affecting the number of workers available during county and state fair season.

“They get capped out” said Joe Sutton, the owner of Fountain City Amusements on the availability of visa workers. “There’s a lot of shows that haven’t got their foreign workers.”

In late May, the Department of Homeland Security did announce a supplemental increase of 22,000 H-2B visas to be made available later this year, mostly after fair season has waned. The reasoning at the time was that businesses were opening up and workers were needed to stimulate the economy,

The supplemental visas, however, are only available to U.S. businesses that attest to suffering irreparable harm without the ability to employ all the H-2B workers, according to the DHS.

Sutton said petitioning for workers with temporary visas has been a necessary option for many carnivals.

“You try and get American workers first, and these are jobs that the Americans don’t want to do” he said.

Jeanne Abbott is managing editor of the Columbia Missourian.