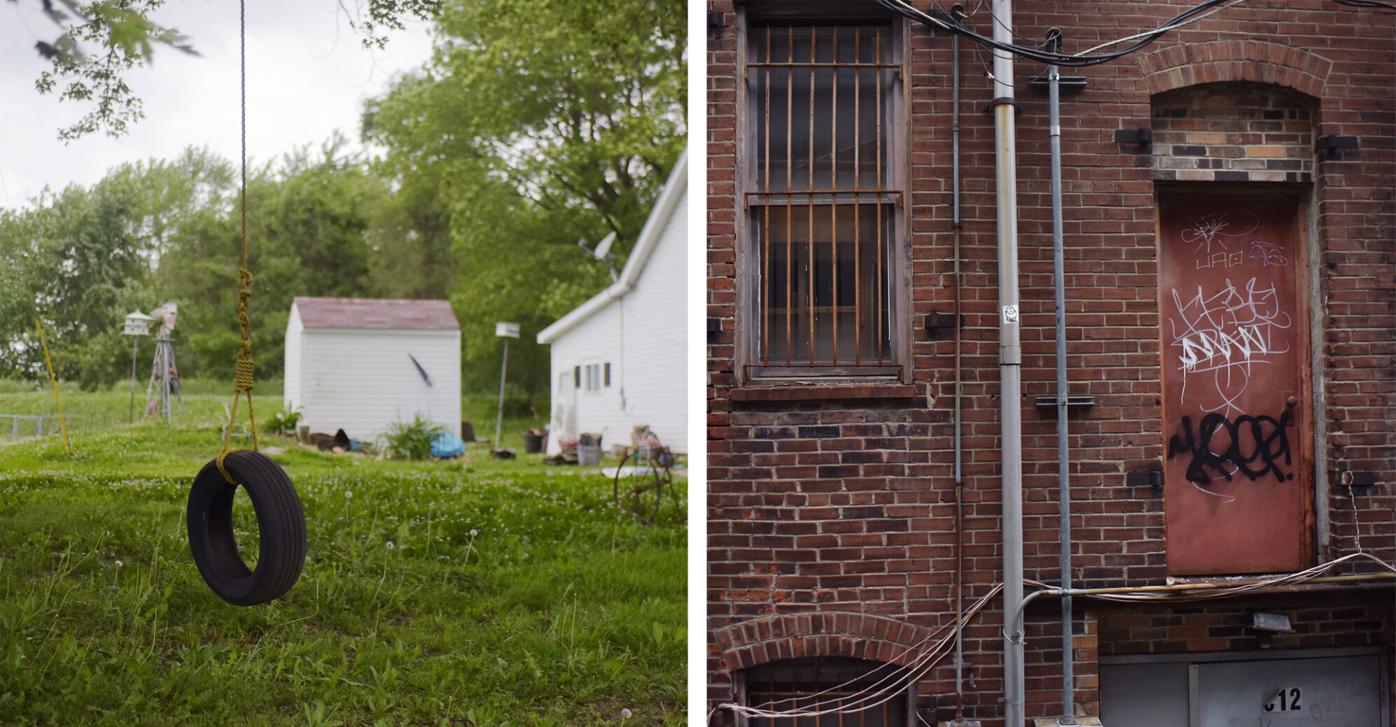 Columbia encompasses both urban and rural spaces and landscapes, pictured Tuesday. Political gaps are growing ever wider between rural and urban America. 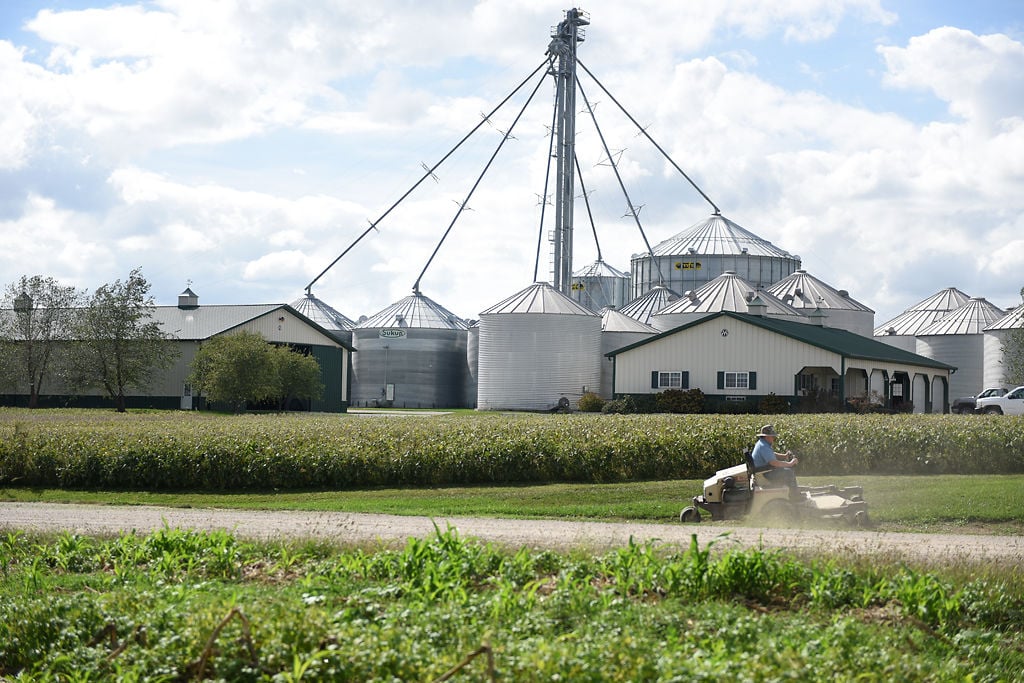 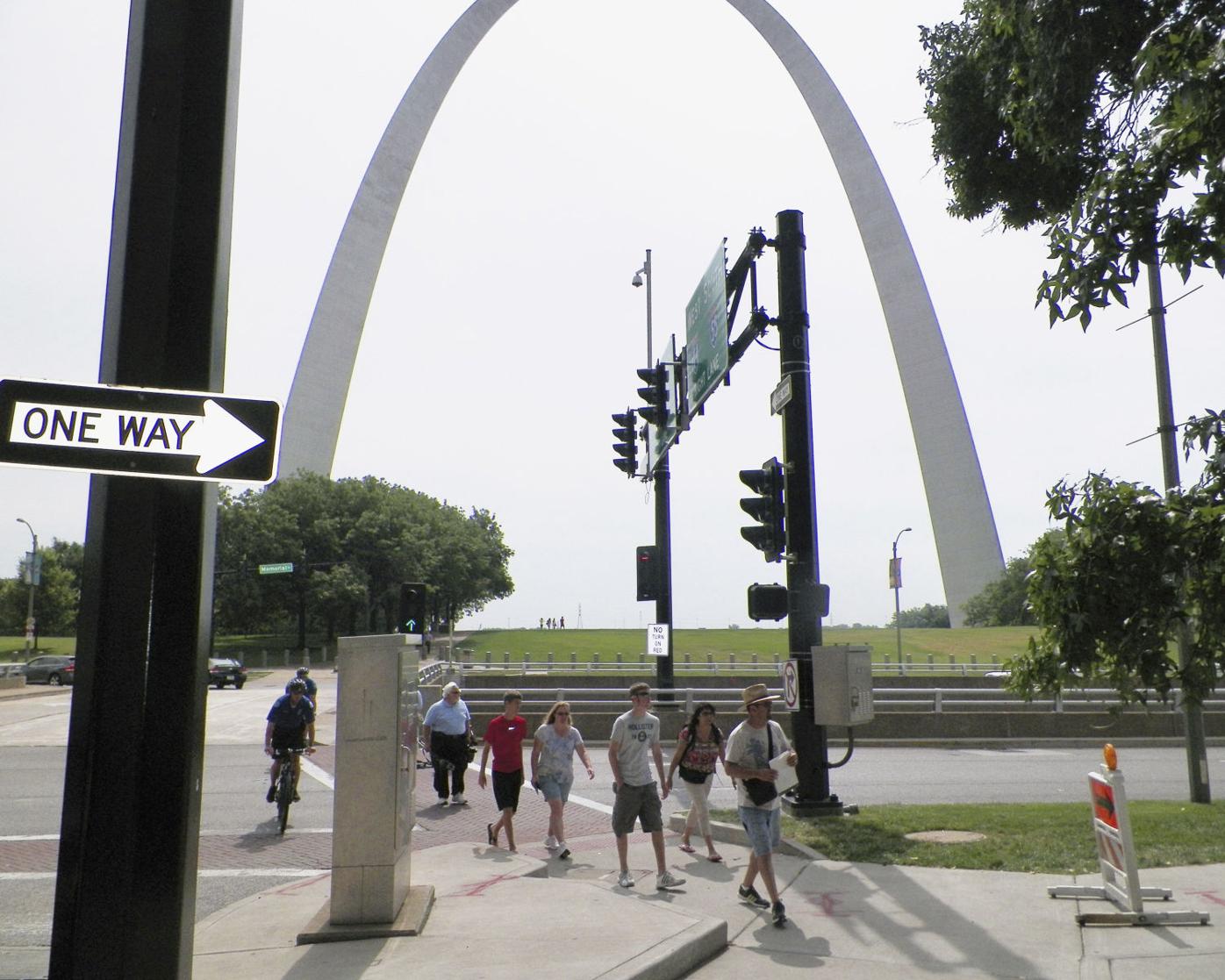 In counties with more than 2,000 people per square mile, Joe Biden won about 55% of the vote on average in 2020. In Missouri, he won in only three counties plus the city of St. Louis.

Columbia encompasses both urban and rural spaces and landscapes, pictured Tuesday. Political gaps are growing ever wider between rural and urban America.

In counties with more than 2,000 people per square mile, Joe Biden won about 55% of the vote on average in 2020. In Missouri, he won in only three counties plus the city of St. Louis.

Across the country in 2020, voters in rural areas primarily backed Donald Trump in the presidential election while those in urban areas largely supported Joe Biden.

Biden won just 551 of the counties in the United States, a record low for an election winner. Trump won 2,588 counties.

Missouri is the perfect case study of this divided-America narrative.

Despite its persistence, there is no clear reason for the deep urban-rural divide, experts say. Factors such as culture, economics and education are parts of the puzzle.

Counties in the middle of the country have been hurt economically as industries die or move to the cities, for example. Population has dwindled in small towns as a result, with younger, college-educated adults following the jobs.

The urban preference for Democrats is also based on religion and diversity, with city dwellers tending to be secular and living in mixed communities, according to Brookings Institution research. Rural residents tend to be more religious, anti-abortion and pro-gun, and they view the emphasis on diversity with some skepticism. 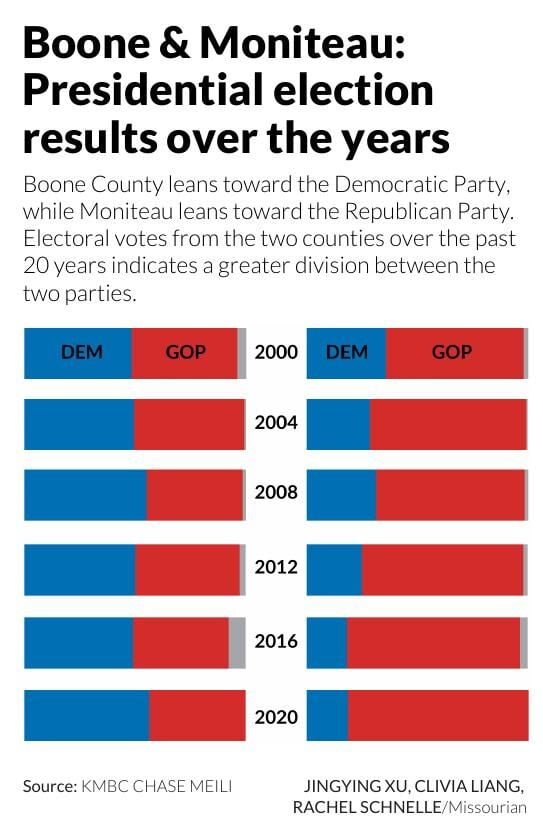 David C. Kimball, a political science professor at the University of Missouri-St. Louis, said there is evidence to prove that political views are determined both by where people live and their beliefs.

In Missouri, religion plays a role, with much of the state falling on the conservative evangelical Christian side than other parts of the country, Kimball said. This religious group is more likely to support Republican candidates.

“The average rural voter has less educational attainment and is worse off financially than more suburban voters. And so those disparities are definitely hitting home,” Manion said.

Another factor is the impact of immigration. The Great Migration, when 6 million African Americans migrated to the urban Northeast, Midwest and West, occurred between 1916 and 1970. This began the rise of the minority populations in urban areas and the creation of naturally diverse communities.

These communities tend to support issues such as racial equality and government support programs.

Missouri has been culturally conservative since it became a state in 1821. Even though partisan identification has changed, the state’s ideology hasn’t, according to John Hancock.

Hancock is a partner at Hancock and Prouty LLC in St. Louis, a political consulting and public relations firm founded by two GOP veterans. Hancock said he has seen an increase in Republican legislation in recent years.

Bills to restrict abortion rights, increase gun rights and promote charter schools are common themes in GOP-backed legislation. In 2019, the legislature passed the fetal heartbeat bill, which banned abortions after eight weeks with no exceptions for rape or incest, for example.

Recently HB 85, also known as the “Second Amendment Preservation Act,” was passed by the House to prevent Missouri from enforcing laws set by the federal government that restrict the right to bear arms.

Between 1904 and 2004, there was only one election in which Missouri didn’t vote for the eventual winner. This makes it a bellwether state, meaning the state’s voting patterns reflect the behavior of the entire country.

The state voted Republican in the past six presidential elections and in 11 of the past 14 contests for president. Today, Republicans hold two-thirds of seats in the legislature. They hold every statewide office except for state auditor, held by Democrat Nicole Galloway.

Terry Smith, a political science professor at Columbia College, said Missouri has not always leaned Republican. The Democratic Party used to be not only competitive but widely represented and powerful in the state.

During the New Deal-era in the 1930s, much of Missouri was represented by conservative Democrats. Once their term limits ended, however, conservatives from the Republican Party often replaced them.

“They could win Senate seats and governorships, but they can’t even do that anymore,” he said. “(Both) U.S Senate seats are Republican, and I think that is a first. The Democrat brand is weak right now.”

The Missouri Democratic Party might be on the sidelines, but political history indicates that the state can be unpredictable. Trump was projected to and did win the state of Missouri’s 10 electoral votes in 2016, but projections were vastly wrong across the country.

That election changed how political experts such as Smith view data analysis and the political system. He said the election caused a lot of his old rules to be broken. It taught Smith to be more cautious about predictions in the next election.

“It was a cautionary tale and a humbling experience for me as a professional political scientist,” he said.

He believes a new kind of dynamic leadership in the Democratic minority party would be an asset in Missouri.

“What Missouri really needs is a version of Stacey Abrams in Georgia. (Missouri) needs that kind of party leadership and energy,” he said.

Becoming a more partisan state and bridging the gap will equal representation of both parties and won’t happen overnight, political science professors and party consultants agree. Closing the urban and rural divide will take time, economic and education equality and a decisive shift in cultural values.

A previous version of the story should have said that rural residents tend to be anti-abortion, according to Brookings Institution research.