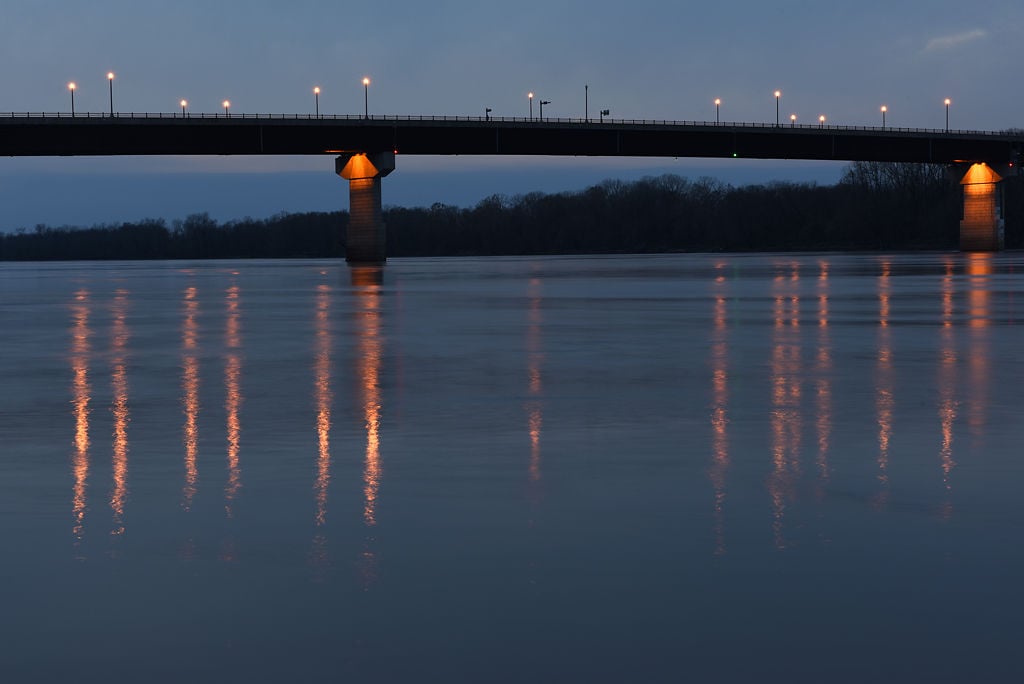 The sun sets over the Missouri River on Dec. 8, 2019, in Hermann. Hermann is about six miles west of Rhineland and is where many people work and grocery shop. 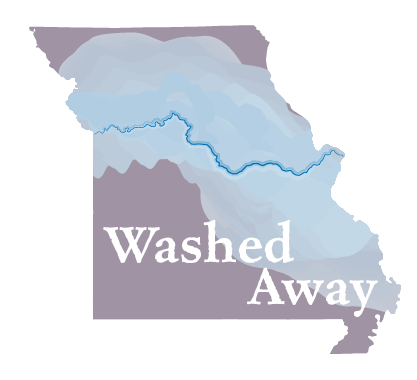 The Missouri River is an unruly beast. People have long tried to tame it, but it always finds a way to break its chains.

In early 2019, historic rain and snowfall caused the river to swell dramatically. It overwhelmed dams and smashed through levees, leading to months of catastrophic flooding in what The New York Times called a "slow-motion disaster." Communities in northwest and southeast Missouri were hammered in March, while severe flooding reached mid-Missouri in May.

The recovery has been slow, especially for farmers in floodplains who saw their crops destroyed and their fields transformed into lakes. The U.S. Army Corps of Engineers, which oversees the nation's dams, continued to release water into the river well into the fall, keeping it at record-high levels.

Warning signs, including oversaturated soil upriver, also suggest that 2020 will bring little respite for waterlogged communities. Some levees remain unrepaired, leaving communities vulnerable to another onslaught of rain. On a broader scale, climate change threatens to exacerbate the problem, by increasing annual runoff into the Missouri River.

In the wake of the floods, a special project by the Columbia Missourian, KBIA and KOMU newsrooms explored the consequences of flooding and talked to communities struggling to move forward.

Reporters and photographers also explored the history of Rhineland, a tiny village on the banks of the Missouri, that lifted itself out of the floodplain after the devastating Great Flood of 1993. Despite the clear pains that moving entailed, Rhineland's story is hopeful — one of a tight-knit community that saved itself.

Uprooted and uphill: How a small Missouri village moved off the flood plain

After the Great Flood of 1993, Rhineland residents were the first to uproot their town in order to save it.

Among those hit hardest in '93 and again last year were Missouri's farmers. Floods and excessive rainfall caused damage to farmland that stretched into the hundreds of millions of dollars. Crop insurance and resources provided by MU Extension provide some relief, though it will probably take several years before flooded fields return to their previous standards of productivity.

Crop insurance policies paid more than $344 million to Missouri farmers as of November from both excess moisture and floods.

Missouri's levee system — the series of protective embankments that those in the floodplains rely on to defend them — is also a fragmentary, aging system. Some levee districts prefer local control and spurn Corps funding for repairs. But this approach has consequences for their neighbors, who can suffer more flooding as a result.

Meanwhile, repairs are costly and hard to fund, while experts say the infrastructure isn't prepared for a warming climate. There are proposed solutions, such as a large-scale plan to push back the levees, but these require private landowners to agree.

The uncertain future of Missouri's levees

After 2019's historic flooding battered Missouri levees, farmers, scientists and engineers deliberate on the system's weaknesses while looking toward the future.