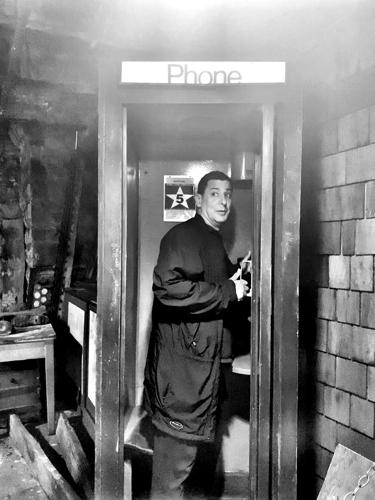 Columbia native Jake Adelstein's book "Tokyo Vice" is being made into a television series that debuts this week on HBO Max. 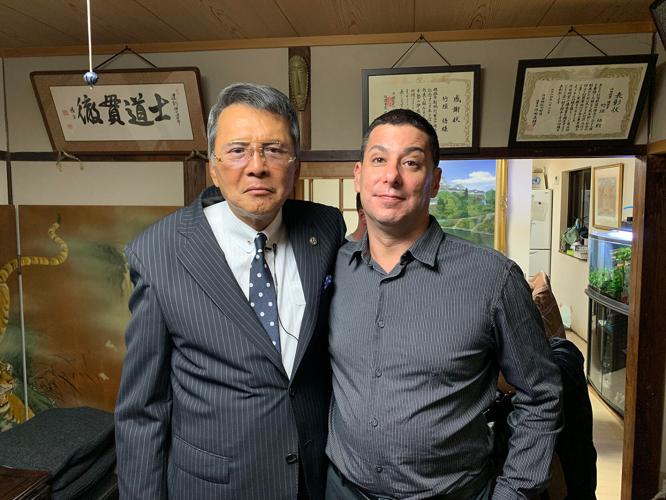 Jake Adelstein, right, hangs out with Satoru Takegaki, a retired old-school yakuza boss. Adelstein is a journalist from Columbia who still reports in Japan.

Columbia native Jake Adelstein's book "Tokyo Vice" is being made into a television series that debuts this week on HBO Max.

Jake Adelstein, right, hangs out with Satoru Takegaki, a retired old-school yakuza boss. Adelstein is a journalist from Columbia who still reports in Japan.

“With information there is always a cost.”

This first line of the trailer for HBO Max’s latest series, “Tokyo Vice,” accurately sums up the story thematically.

And, for Missourians, the crime thriller series that debuted Thursday on HBO Max is no ordinary Hollywood work. It’s a danger-laden drama stemming from the real-life experiences of someone with deep Columbia roots.

Jake Adelstein, a reporter from Columbia who attended MU for a year in 1987 before moving to Japan, published his story about reporting on the organized crime group known as yakuza in his best-selling memoir “Tokyo Vice: An American Reporter on the Police Beat in Japan.”

The HBO Max series, which is currently slated for an eight-episode run, is based on that book.

The memoir details Adelstein’s 12 years as the first non-Japanese reporter for Yomiuri Shimbun, a Tokyo newspaper. Adelstein covered police corruption and crime and made a name for himself exposing the dealings and practices of the Japanese mafia.

Since the memoir took off, Hollywood expressed interest in adapting the scintillating tale for the big screen, with HBO announcing the television series in 2019. Now “Tokyo Vice” — with playwright J.T. Rogers, Adelstein's childhood friend in Columbia, as showrunner; produced by “Heat” director Michael Mann; and starring Ansel Elgort as Adelstein — has begun, with the first three episodes dropping on HBO Max.

Jake’s sister Jacky Adelstein said in an interview that the show accurately captures her brother’s personality and story.

“Somehow (Elgort’s) mannerisms are really similar to my brother’s,” Jacky said. “It makes me think he probably watched (Jake) speak. I think you see how Jake was very naive in the beginning, and I think they sort of kept that. I think they’ve kept the main overarching aspects very similar.”

“It felt a little surreal,” Jacky said. “I watched the first episode with most of my family. The first three or four minutes we stopped it anytime they would mention someone that was real. They reference my dad being a pathologist, and they talk about Missouri. In the beginning we would stop just to have a second, and then you kind of get used to it after about 20 minutes.”

Jacky said she hopes the television series is a celebration for current and former Columbia residents.

“Columbia has a strange power where anywhere you go in the world there’s a weird Columbia connection,” Jacky said. “I think for that reason anyone who is from Columbia would be interested in (‘Tokyo Vice’). There’s always a Columbia root, and our whole family is still here. The fact that someone that grew up here stumbled into this world of espionage, guns, crimes and gangsters is fascinating.”