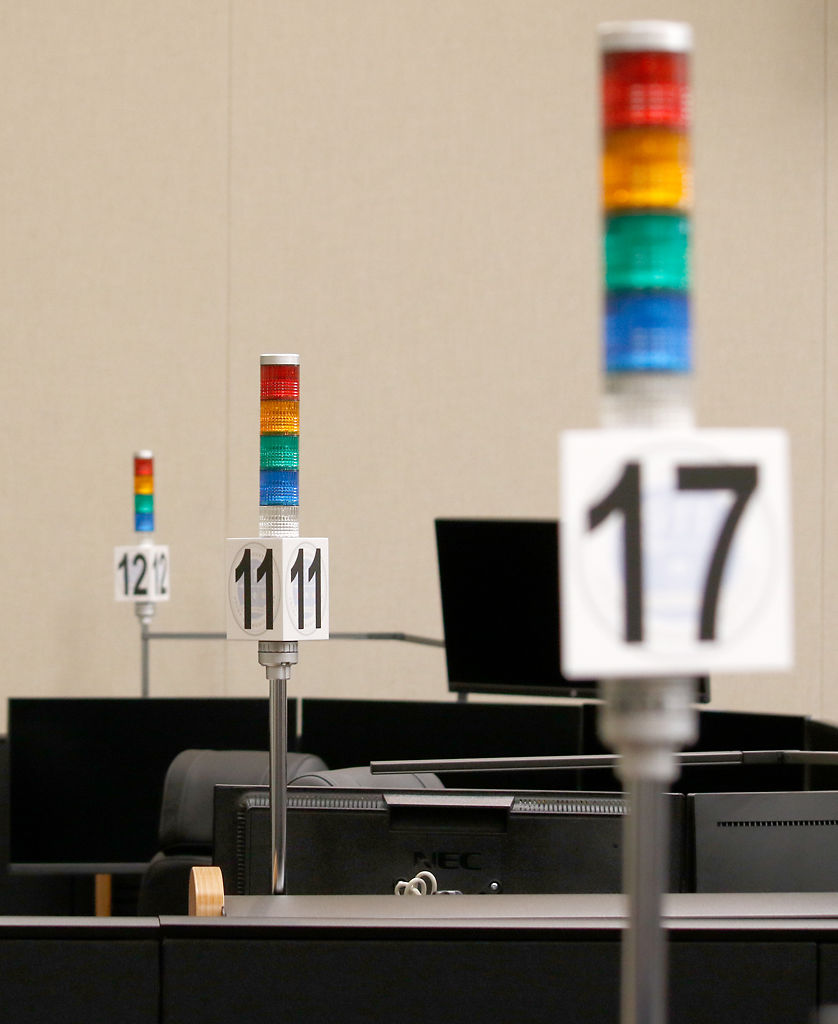 Emergency stations are outfitted with multicolored lights Friday at the Boone County Emergency Communications Center. The lights allow dispatchers to communicate their status to their supervisors without having to move from their positions or hang up on a caller. 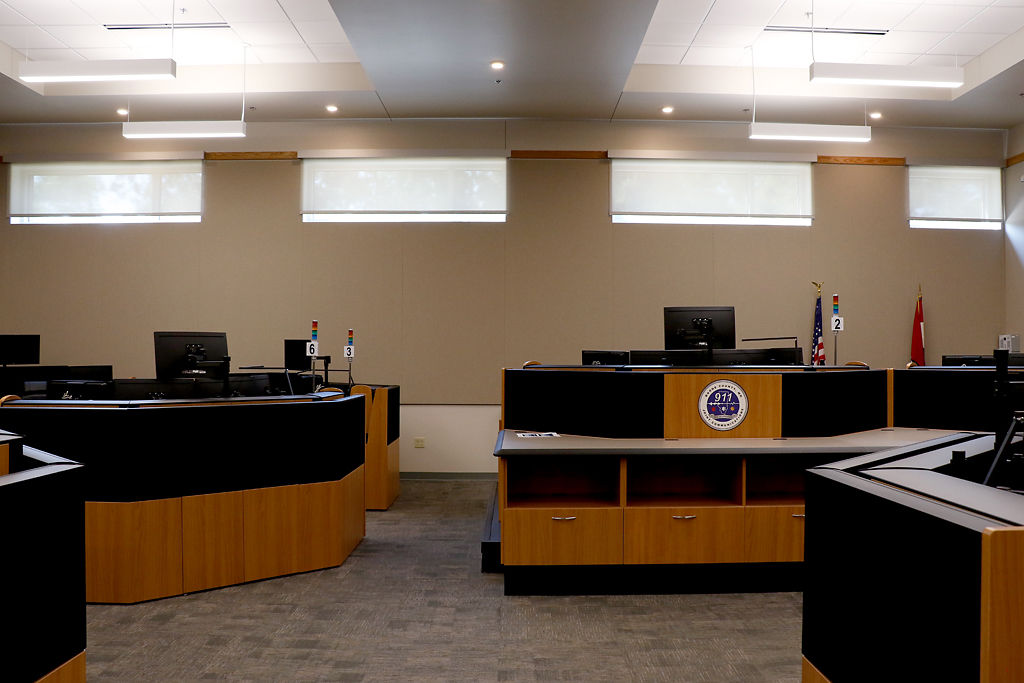 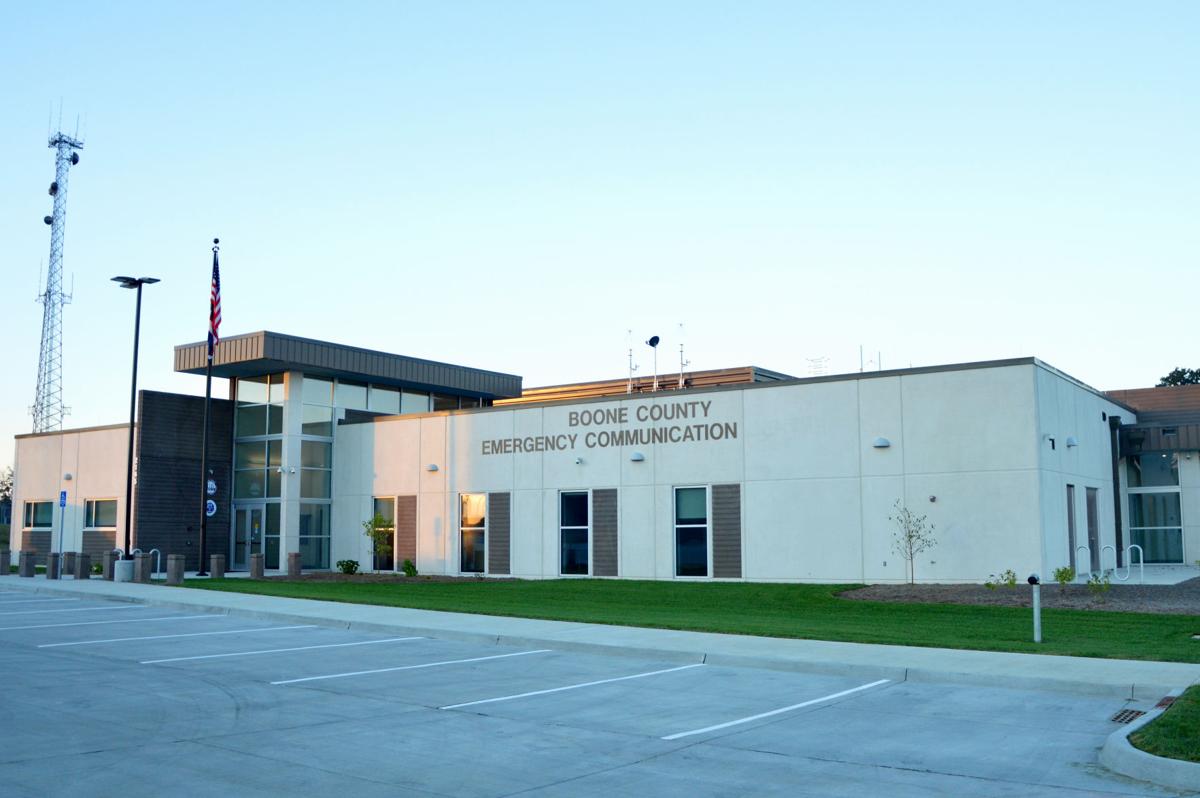 The sun rises Friday over the Boone County Emergency Center building. The new center was constructed to provide more space for the 911 dispatchers to improve response time.

Emergency stations are outfitted with multicolored lights Friday at the Boone County Emergency Communications Center. The lights allow dispatchers to communicate their status to their supervisors without having to move from their positions or hang up on a caller.

The sun rises Friday over the Boone County Emergency Center building. The new center was constructed to provide more space for the 911 dispatchers to improve response time.

COLUMBIA — The woman was crying and obviously distressed as she wandered along the street and into the intersection of Providence and Green Meadows roads.

Megan Stromer, 24, who was in her car waiting for the traffic light to change, saw her as she approached. The woman knocked on the hood of Stromer's car.

"I'll admit I did not do the good citizen thing and ask her what was wrong," Stromer said, but she was alone in the car and new to town.

Getting no response from Stromer, the woman walked on, knocking on the hoods of other cars and trying to flag down cars passing her by. Neither strategy worked. So the woman continued walking down the road through traffic.

Stromer decided to help the woman in another way and called 911. After being placed on hold for 1 minute, Stromer was able to talk to a call-taker. She provided the best description she could of the woman and explained where she was, what she was doing and where she seemed to be going. It turned out the woman had crashed her car, and first responders were looking for her. The call-taker thanked Stromer for her help.

That's one of a fraction of calls that Boone County Joint Communications took last year that put it out of compliance with national standards for 911 call response.

With more work stations at the new center, joint communications plans to increase the number of call-takers working per shift, Piper said. Right now, the minimum number of people working at one time is five. Only one or two of those are call-takers; the rest are dispatchers. That is "nowhere near enough" to provide proper service, he said.

In the new 27,915-square-foot center at 2145 E. County Drive, which is already occupied by the Boone County Office of Emergency Management, Piper said he hopes to have three call-takers working every shift.

"We want to grow where every shift, every hour of the day, we always have a minimum of three call-takers on duty," he said. The center will increase that number if needed.

The Boone County Joint Communications Center, with an eye on its new space, has increased the number of call-takers and dispatchers it can hire to 49. Piper said there are 33 employed by the center right now. After a recent hiring process, he expects to add five more.

But having 33 — or 49 — employees doesn't mean they're all working at the same time, Piper said. The center is limited by the number of workstations available, minus one. The additional station is needed for shift changes so not one second goes by without someone monitoring calls and the dispatch.

Each position — call-taker, fire and EMS dispatcher, police dispatcher — requires about five people to staff it 24/7, Piper said. Increasing the number of call-takers on duty at one time to three would then require the center to employ 15 call-takers.

In addition to the 21 workstations, there are five more specifically set aside for training new call-takers and dispatchers, Piper said. New employees will be trained at mock workstations, using the same systems, just offline. Now, trainees learn each system separately, Piper said, never experiencing how the systems interact until they start work.

The trainees are "going to be better prepared when they are put into the real room," he said. "That's going to help us a lot."

These potential improvements, Piper said, will hopefully avoid situations like the one Pat Etienne, 83, was put in on Oct. 2, a day she said she won't forget.

Etienne lives in south Columbia less than a mile from Fire Station 7. Her 12-year-old great-grandson had recently moved in with her and her daughter, and Etienne stayed home with him while her daughter went to work. That night, Etienne couldn't find the boy when it was time for dinner. And then she did: He had hanged himself under the raised screened-in porch at the back of her house.

But it felt like five minutes to Etienne, starkly different from the experience she'd had in Los Angeles years ago when she had to dial the emergency number after her husband had a heart attack. That time, emergency responders were at her house in what was mere seconds. She had to hang up on the call-taker to let the police in.

"It was the most painful experience of my life," Etienne said about last year's experience in Columbia.

Her great-grandson did not survive.

Piper said he feels terrible about Etienne's experience. "That is a clear example that highlights why we're trying to increase the number of call-takers," he said. "Hopefully, we won't have those instances or at least as many.

"We have a realistic goal" of meeting the NFPA standards, Piper said. "We just don't have enough call-takers right now."

Etienne describes the response on that terrible night as "the most inadequate," though she doesn't blame the person who answered the call at joint communications. Nor does she blame the first responders who came blasting down the street as soon as she was able to actually have a conversation with a dispatcher.

Call-takers are the people 911 callers talk to. Their first priority is answering calls and getting information about the situation and caller.

Once a call-taker enters the details of the situation and caller into joint communication's systems, the dispatchers take over.

Dispatchers work with fire departments, hospitals and police departments. They take the information entered by the call-taker and dispatch it to the proper response unit.

Dispatchers also feed additional information to officers out in the field when needed.

Voters approved a three-eighths-cent sales tax in April 2013 to fund the building of the communication center. But the construction, which started in late February 2015, hit some roadblocks along the way.

In March 2015, 17 potential construction days were scratched due to weather, according to previous Missourian reporting. Soft ground caused further delays. Both delays increased the project cost by up to $75,268. The completion date was set to May 2016.

By September 2015, the project had been delayed by 41 rain days. The original plans accounted for just 15 weather days. The new completion date was set to June 1, according to previous Missourian reporting.

Sept. 11 was the grand opening for the communication center.

The new $1.2 million records management system includes modules that aim to provide the Columbia Police Department with more detailed data and the ability to be more transparent with the public. It might also provide citizens and police with better information about racial profiling.