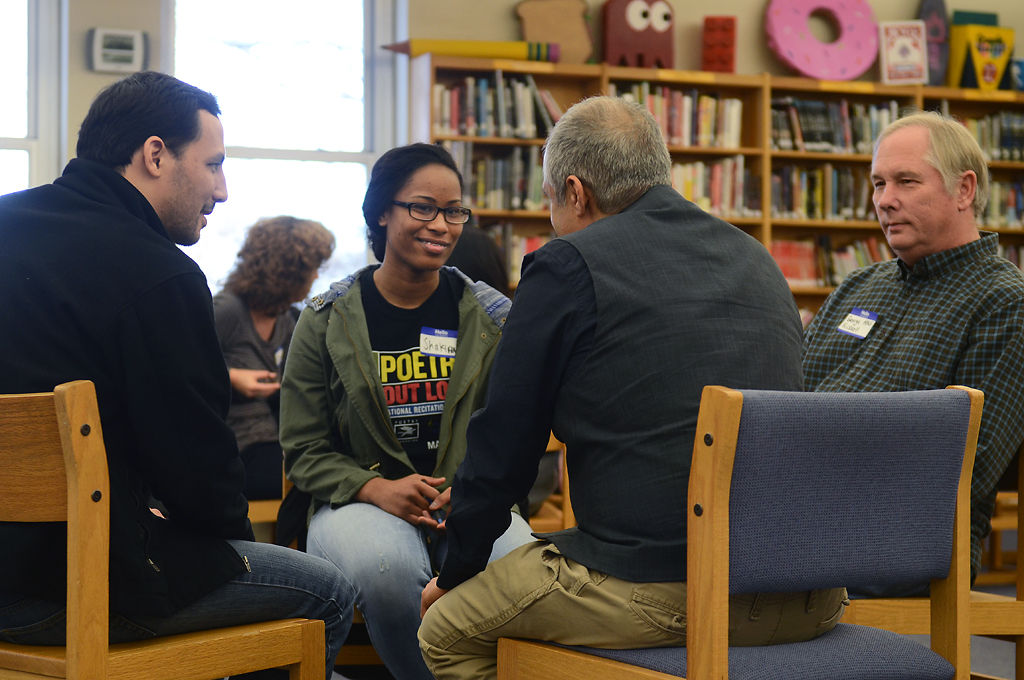 From left, Nick Okamoto, Shakira Cross, Sahba Jalali and George Frissell share their thoughts on the term Ubuntu, meaning, “I belong, therefore I am,” in 2015 in Columbia. Hickman High School hosted “Building Unity Through Diversity: A Courageous Conversation” with the help of facilitator Billie Mayo. Frissell, a longtime English an Classical Ideas and World Religions teacher at Hickman, died Thursday at the age of 68. 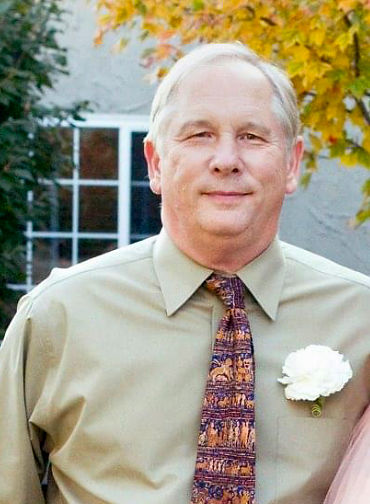 From left, Nick Okamoto, Shakira Cross, Sahba Jalali and George Frissell share their thoughts on the term Ubuntu, meaning, “I belong, therefore I am,” in 2015 in Columbia. Hickman High School hosted “Building Unity Through Diversity: A Courageous Conversation” with the help of facilitator Billie Mayo. Frissell, a longtime English an Classical Ideas and World Religions teacher at Hickman, died Thursday at the age of 68.

George William Worrall Frissell, longtime English and Classical Ideas and World Religions teacher at Hickman High School, died suddenly Thursday, May 14, 2020, at his Columbia home. He was 68. The cause of death is unknown, though he had been in good health. In a characteristic act of kindness and generosity, he donated his body to the A.T. Still University/Kirksville College of Osteopathic Medicine.

George was born Dec. 10, 1951, in Baton Rouge, Louisiana, where his father, Harry Lee Frissell, was a professor of English at Louisiana State University. He was raised in Baton Rouge; Nacogdoches, Texas; Nashville, Tennessee; and Beaumont, Texas. His mother, Mary Worrall Frissell, was also an English teacher, so he was virtually destined to become a teacher himself.

His interests and talents, however, extended far beyond academics. In high school, he lettered for three straight years in football, basketball and track. His love of literature, history and ideas was matched by his passion for sports, movies and rock ’n’ roll.

After graduating midyear with dual bachelor’s degrees in English and history from Lamar University in Beaumont, George was offered a job teaching at Hebert High School, one of Beaumont’s most struggling high schools. After accepting the job, he learned that he would be the sixth homeroom teacher for his class that semester — the others had fled! Still, he persisted and soon became one of the most popular and effective teachers at the school, selected as the school’s Outstanding Teacher two years later. He started a championship chess team to complement the state-championship football team.

After several years at that school, George moved to a different environment entirely: Friendswood High School, in the heart of a community founded by Quakers outside Houston. There, he refined his teaching skills before moving to Columbia in 1983, where he was immediately hired by David H. Hickman High School. He taught at Hickman from 1984 to 2016 and subbed there after retirement, right up to the end of his life. He obtained a Master of Arts degree from the University of Missouri.

At Hickman, George created a course, Classical Ideas and World Religions, that introduced students in an objective and intellectually rigorous manner to, among other things, humanity’s great belief systems. A highlight of the course was its expertly assembled guest speaker panels, brought to George’s classroom to represent each of the religions under study. Across four decades, this course was one of the most sought-after among Hickman students and inspired a popular podcast of the same name, hosted by George’s friend and colleague Greg Soden. One of the best episodes is an interview with George himself.

In addition to his work in the classroom, George established a chapter of Amnesty International at Hickman. He was also helpful in establishing the MU Health Speak Your Mind Forums at Hickman, which allowed students (who, on principle, chose the topics) and community members to address important and highly controversial topics in a safe and supportive atmosphere. George later became moderator of this program.

George’s longtime friend and fellow teacher Hank Landry, the regular Speak Your Mind moderator, introduced him into the annual Hickman Quiz Bowl competition, where he soon proved adept and eventually inherited its leadership. With his steady sidekick and fellow teacher, Phil Overeem, he introduced rock ’n’ roll into the Quiz Bowl repertoire. George and Phil would also collaborate to bring local Columbia bands like The Revelators and Witch’s Hat to play Hickman and Rock Bridge Amnesty International benefit concerts.

Beyond providing constant resources and moral support for other teachers, George served two stints as Hickman’s Language Arts department head, worked in a class-within-a-class partnership with a special education specialist, and engaged regularly in important school initiatives. He was a recipient of both the Ray Lewis Award for Outstanding High School Teacher and select recognition by the Presidential Scholars program. He won numerous other teaching awards.

In the Columbia community, George served on the Friends of Peace Studies board, volunteered at the Room at the Inn program for the homeless, regularly gave blood to the local American Red Cross, and brought his world religions expertise to citizens through the Daniel Boone Regional Library for several years.

In college, George traveled extensively in Europe, Scandinavia and the Soviet Union. While at Hickman, he received three Fulbright and other fellowships to study in Japan, Thailand and India. He was deeply interested in the Indian subcontinent and its many religious beliefs and traditions.

In 2007, he married the love of his life, Sue Ellen Lamers of Auxvasse, Missouri, and they continued a passion for travel, visiting Canada, Costa Rica and Italy. They lived happily in Columbia, surrounded by countless dogs, cats and hiking trails. They also cared for his mother for the final years of her life, having evacuated her from her home in Beaumont, Texas, after Hurricane Ike.

George is survived by his wife, Susie; his children, Ben Frissell-Durley and wife Joanna Denninghoff of Loveland, Colorado, and Bess Frissell-Durley and partner Bethany Hunter of Columbia; Susie’s children, Kendra and husband Dominic Butler and their son, Jayden, and Melody and fiancé Ty Ingram and their daughter, Dominika, all of Columbia; his brother, Lee Frissell, and wife Susan Markus and their daughters, Mikaela and Cara, all of Austin, Texas; his sister, Mary Frissell Smith of Fort Collins, Colorado; his beloved maternal aunt Frances Beckham; his cousin Fred Beckham of Tallahassee, Florida; and his oldest and dearest friend, John St. John of Beaumont.

Because of the coronavirus crisis, a service cannot be scheduled now but will be held later. Those wanting to make immediate contributions in George’s name may donate to the American Civil Liberties Union or Amnesty International.

Without a doubt, George will live on in the memories of legions of colleagues, friends and former students.