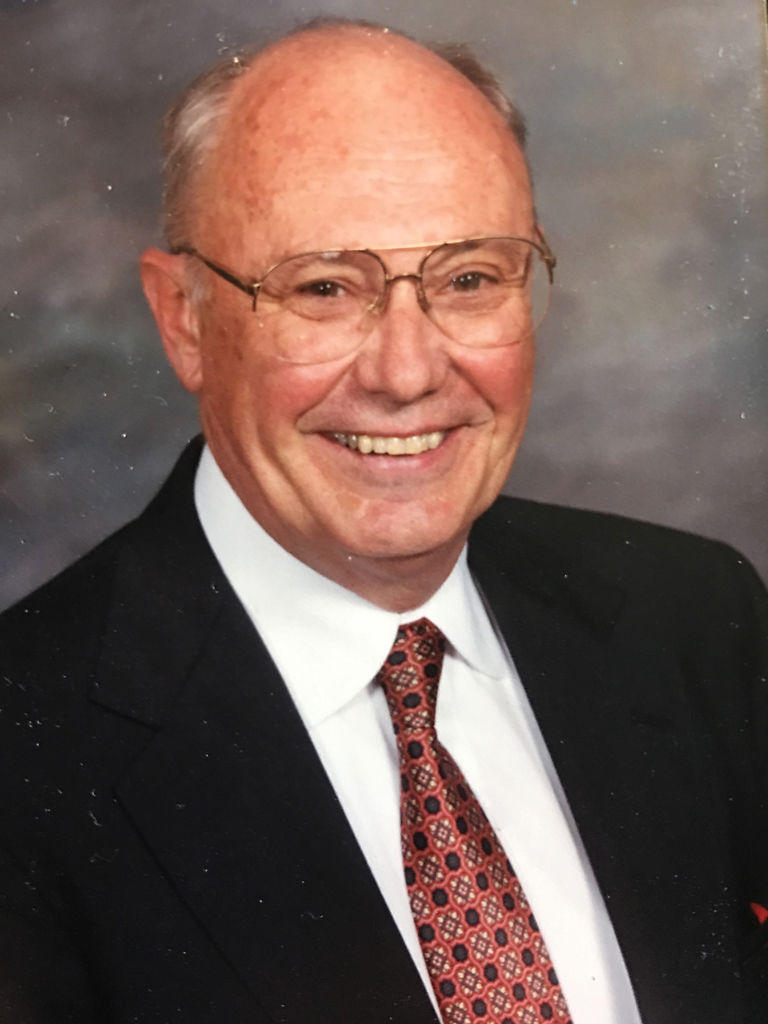 Alexander Pickard earned a reputation as a kind but firm father figure who was always ready to show his care for his students. 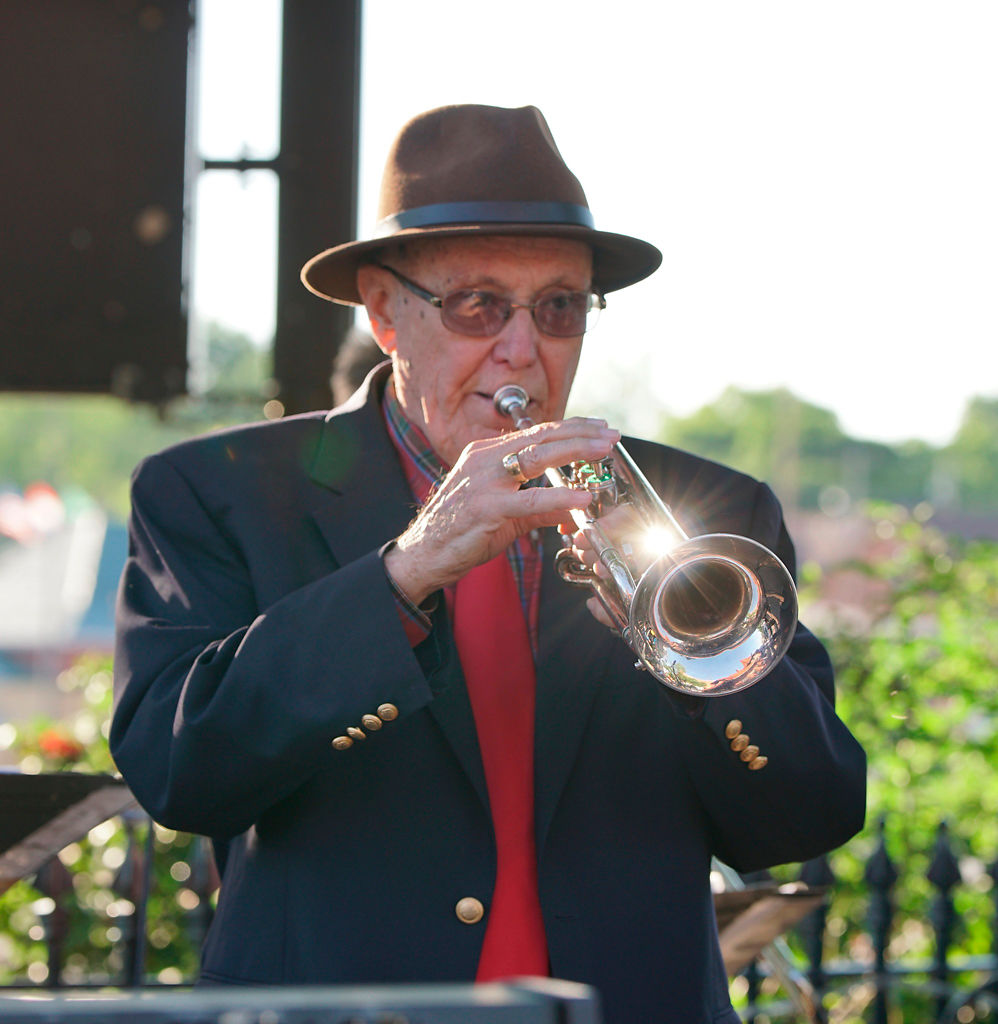 With a true passion for music, Pickard continued to play trumpet well after his retirement. 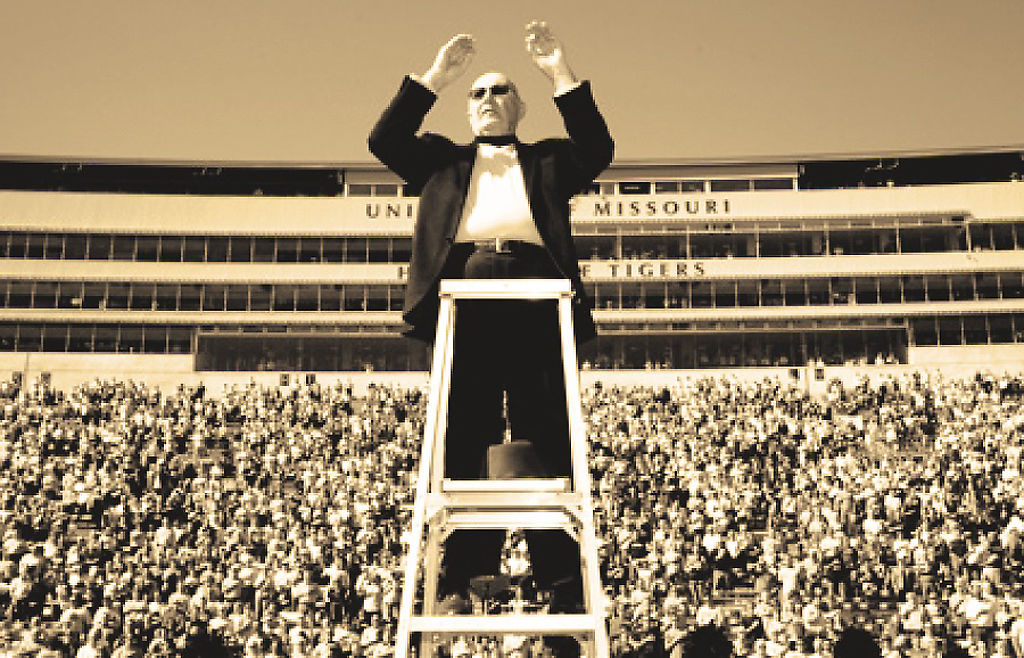 Pickard led Marching Mizzou as Director of Bands from 1961 to 1982 and then worked as the Assistant Chairman of the School of Music until 1995. 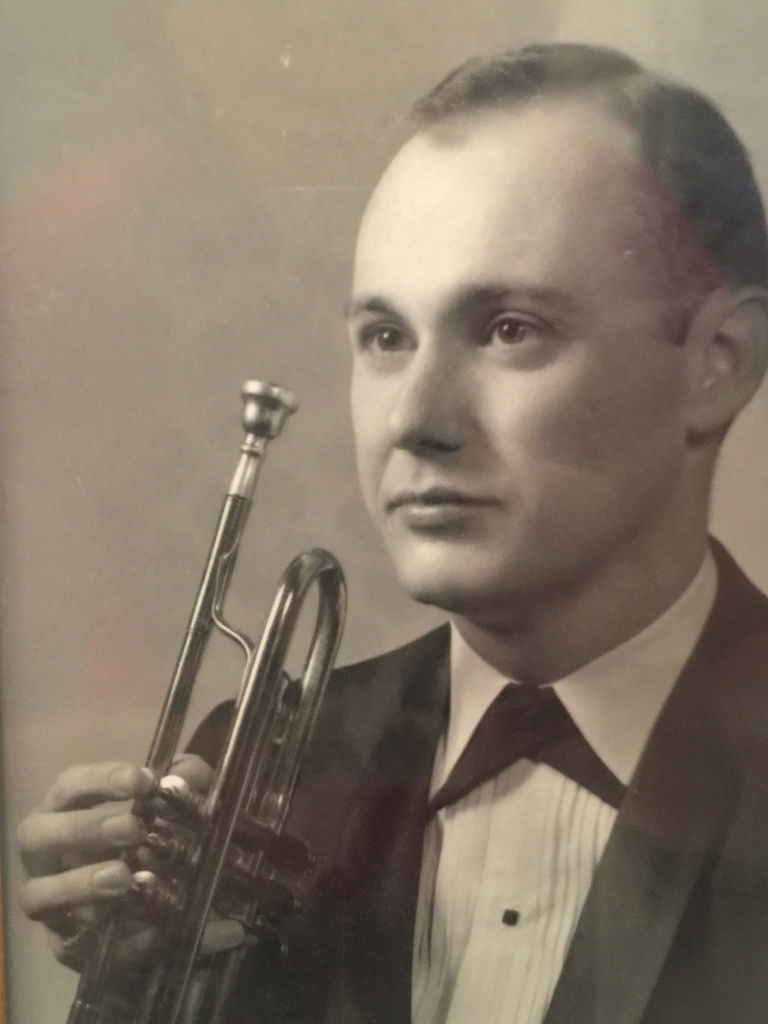 Pickard grew up in Long Island, New York, and earned his undergraduate degree from the Julliard School of Music where he met his wife Anne Marie. 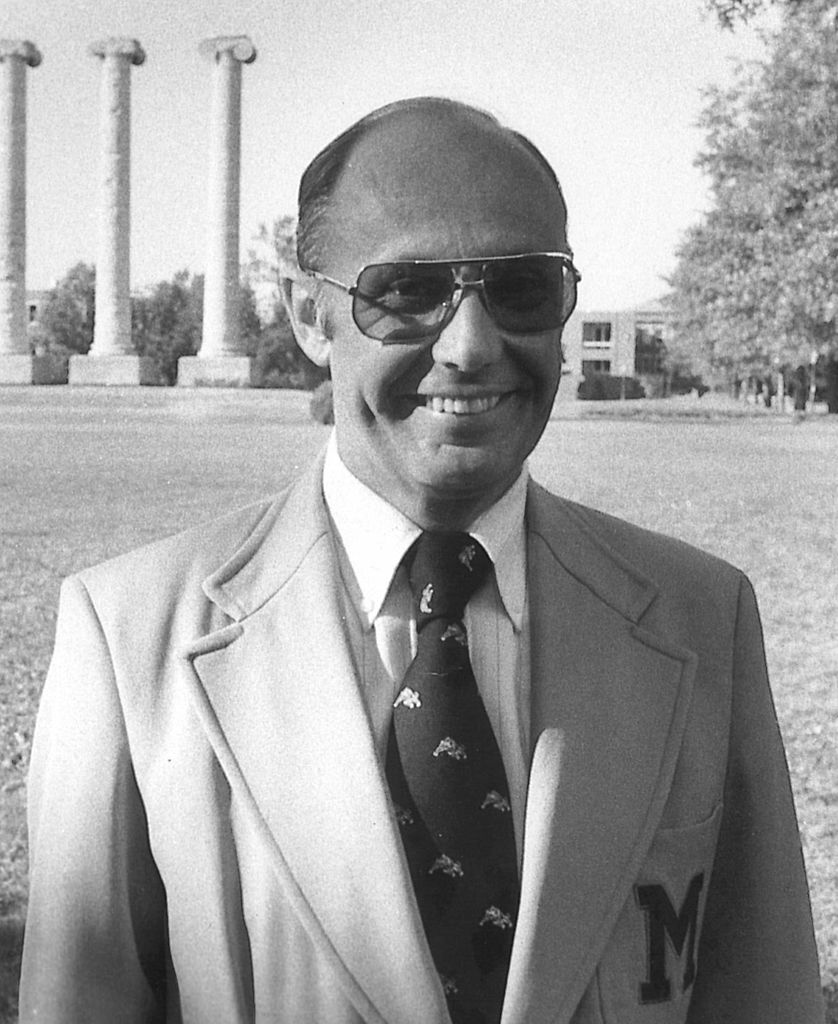 Alexander Pickard, director of Marching Mizzou for nearly two decades, died at the age of 83 on Tuesday in Columbia.

Alexander Pickard earned a reputation as a kind but firm father figure who was always ready to show his care for his students.

With a true passion for music, Pickard continued to play trumpet well after his retirement.

Pickard led Marching Mizzou as Director of Bands from 1961 to 1982 and then worked as the Assistant Chairman of the School of Music until 1995.

Pickard grew up in Long Island, New York, and earned his undergraduate degree from the Julliard School of Music where he met his wife Anne Marie.

Alexander Pickard, director of Marching Mizzou for nearly two decades, died at the age of 83 on Tuesday in Columbia.

Alexander Pickard Jr. always had a smile on his face, and he remembered your name. He was a firm leader, and he was a father, not just to his children, but also to his many students.

In his decades at the MU School of Music, Dr. Pickard served as a longtime director of Marching Mizzou from 1966-82 and positively impacted the lives of his students.

Dr. Pickard died Tuesday at the age of 83.

Having grown up in Long Island, Dr. Pickard took trumpet lessons at Juilliard School of Music as an eighth grade student. Dr. Pickard graduated with his wife, Anne Marie Pickard, from Juilliard in 1958, having learned from amazing musicians such as the famous New York Philharmonic trumpet player William Vacchiano. Initially bonding over a love of college football in a school where no such interest existed, Alex and Anne Marie began dating and were married in 1961, the same year Dr. Pickard accepted the assistant band director position at MU.

Five years later, Charles Emmons, the director of athletic bands, passed the baton to Dr. Pickard. Directing until 1982, Dr. Pickard took the marching band to perform at the 1975 World Cup between England and Germany, helped establish such traditions as the “MIZ — ZOU” chant and the Golden Girls squad and building a reputation as a kind, fatherly leader.

Norman Ruebling, one of Dr. Pickard’s students who later became director of the band himself, identifies Dr. Pickard as many things: a teacher, a mentor, a counselor, “the boss,” a best friend and a second father.

“He saw great things in everyone. No one was denied a position in any of his musical organizations regardless of playing or marching ability. He made sure there was a spot or job for you,” Ruebling said. “Dr. Pickard was a great leader. Not in the sense of being a tyrant or dictator or ‘my way or the highway’ approach. He led by example. We followed and truly believed in him because we all knew he had our best interest in mind, and he always ‘had our backs.’”

No concern was too big or small for Dr. Pickard to take interest and lend a listening ear.

“He always had time for any of our ‘urgent’ requests or ridiculous questions, even if he didn’t really have the time,” Allison Miller, one of his students, said. “We really felt that we always came first even when we shouldn’t.”

As a true, loving father would, Dr. Pickard had his students’ backs even off the field and out of the classroom.

Miller remembers a group of Dr. Pickard’s students calling him from the University Police headquarters to ask him to bail them out as a prank, remembering that he would always tell them, “I’ll do anything for you ... except bail you out of jail!” He showed up in 15 minutes.

But Dr. Pickard was also a firm leader who held his band to the highest standard. Andy Kendig had his first marching band experience as Dr. Pickard’s student and remembers the intensity of the beloved leader.

“After half a season of giving 110% out of fear from a fierce-but-fair drill sergeant, I began giving 110% because the drill sergeant loved his band members that much and only wanted the best for them and the performance ... and because he was an amazing, fun friend and parent figure,” Kendig said.

And the lessons Dr. Pickard taught were long-lasting; his impact can be recognized through the lives of his students.

“I was a band director for 31 years, mostly middle school, and the influence he had on my teaching was tremendous,” another of his students, Nancy Kixmiller, said. “Whether it was in the classroom or in the parking lot teaching adolescents to march, I would open my mouth and Pickard would come out.”

Dr. Pickard was also very supportive of fellow musicians and faculty at the university.

MU trumpet professor Iskander Akhmadullin saw him as a beloved friend, colleague and mentor. Akhmadullin said Pickard would always attend his recitals, gave him both compliments and advice, and passed down to him much of his trumpet sheet music.

Dr. Pickard became assistant chairman of the School of Music in 1983 and retired in 2002, said his son, Stewart Pickard. He served with the Army National Guard of Missouri for 36 years, rising to the rank of command sergeant major.

A true lover of music, Dr. Pickard continued playing trumpet for years after his retirement.

“He could still could play in his late ’70s, early ’80s. He still was practicing,” Akhmadullin said. “It was quite an example of longevity on a brass instrument — which is not an easy thing to do — but also perseverance and real love for music. You wouldn’t be doing that if you weren’t enjoying that.”

Dr. Pickard loved bird-watching. Stewart Pickard remembers sitting with his father on a piano bench in his Columbia home, studying the birds outside the window. He enjoyed traveling with his wife and playing golf with his son and colleagues.

Dr. Pickard found pleasure spending time with his family, especially during his retirement. He passed on his love for music not only to Stewart and his daughter, Laura, but also to his four grandsons: Walter Meyer, Nathaniel Meyer, Andrew Pickard and Alexander Pickard. Each grandson plays a brass instrument, and Dr. Pickard would routinely spend time giving them music lessons over FaceTime.

Dr. Pickard was diagnosed with stage four pancreatic cancer in Feb. 2017. Doctors predicted that he would only have between three and six months to live. He fought the disease for nearly three years, and had time to reconnect with students and colleagues who had great admiration for him.

“He would tell you that it was one of the great blessings of his life that he had the opportunity to do that and really to know how special he was so many people,” Stewart Pickard said.

The funeral service will be 2:30 p.m. Nov. 10, at the Missouri United Methodist Church.