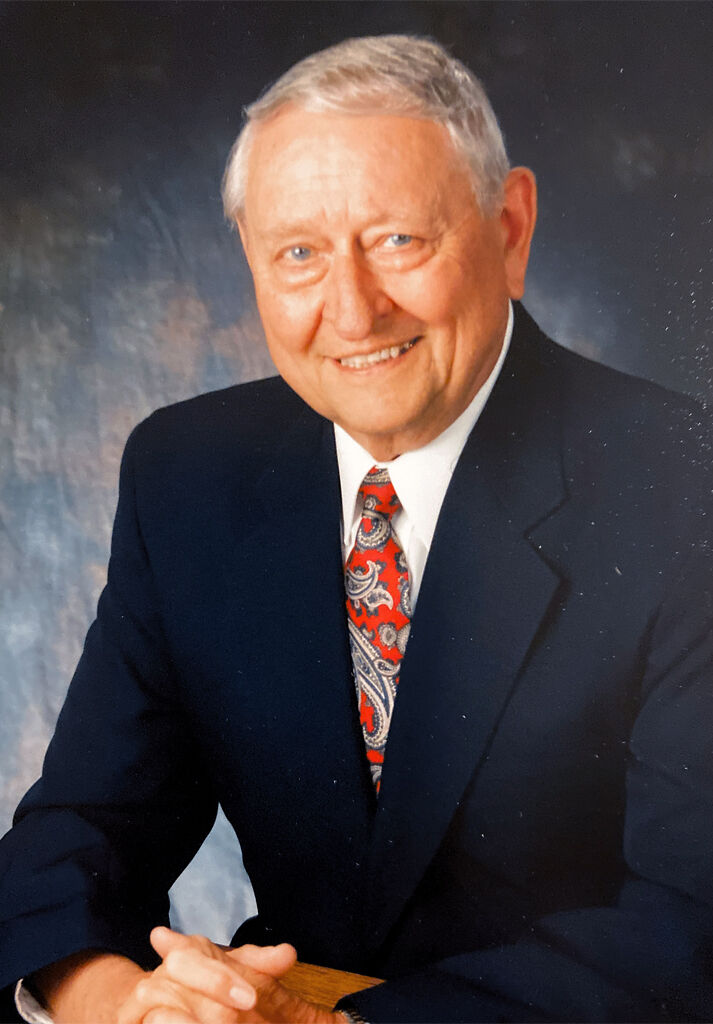 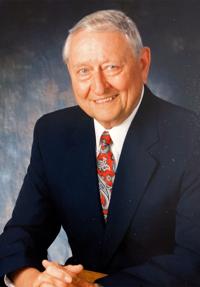 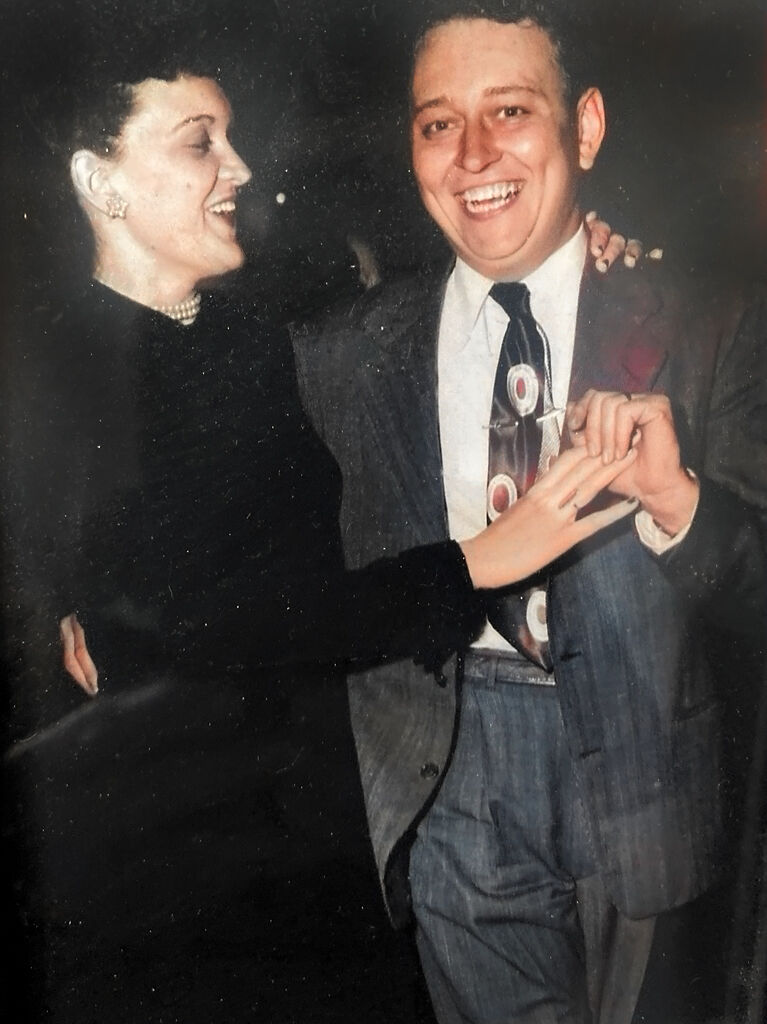 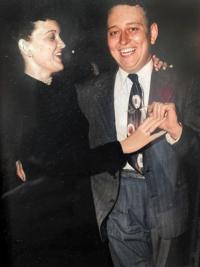 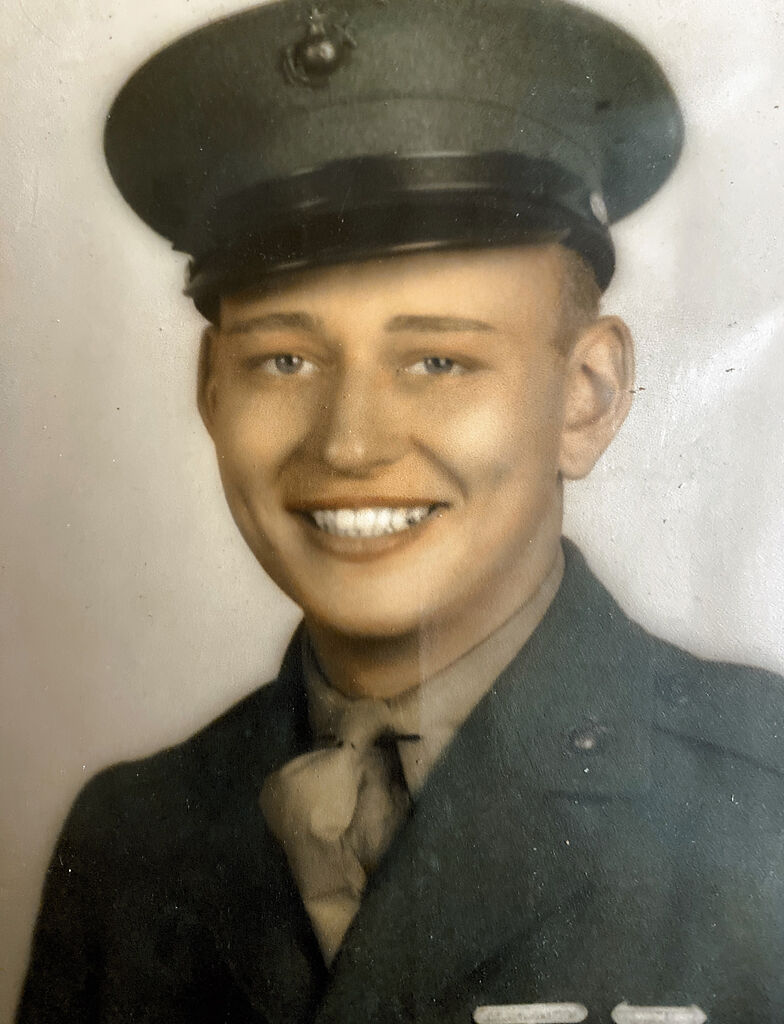 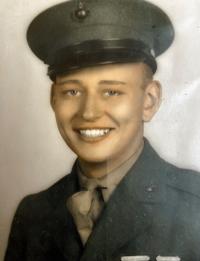 Bush Bierschwal in the Marine Corps. 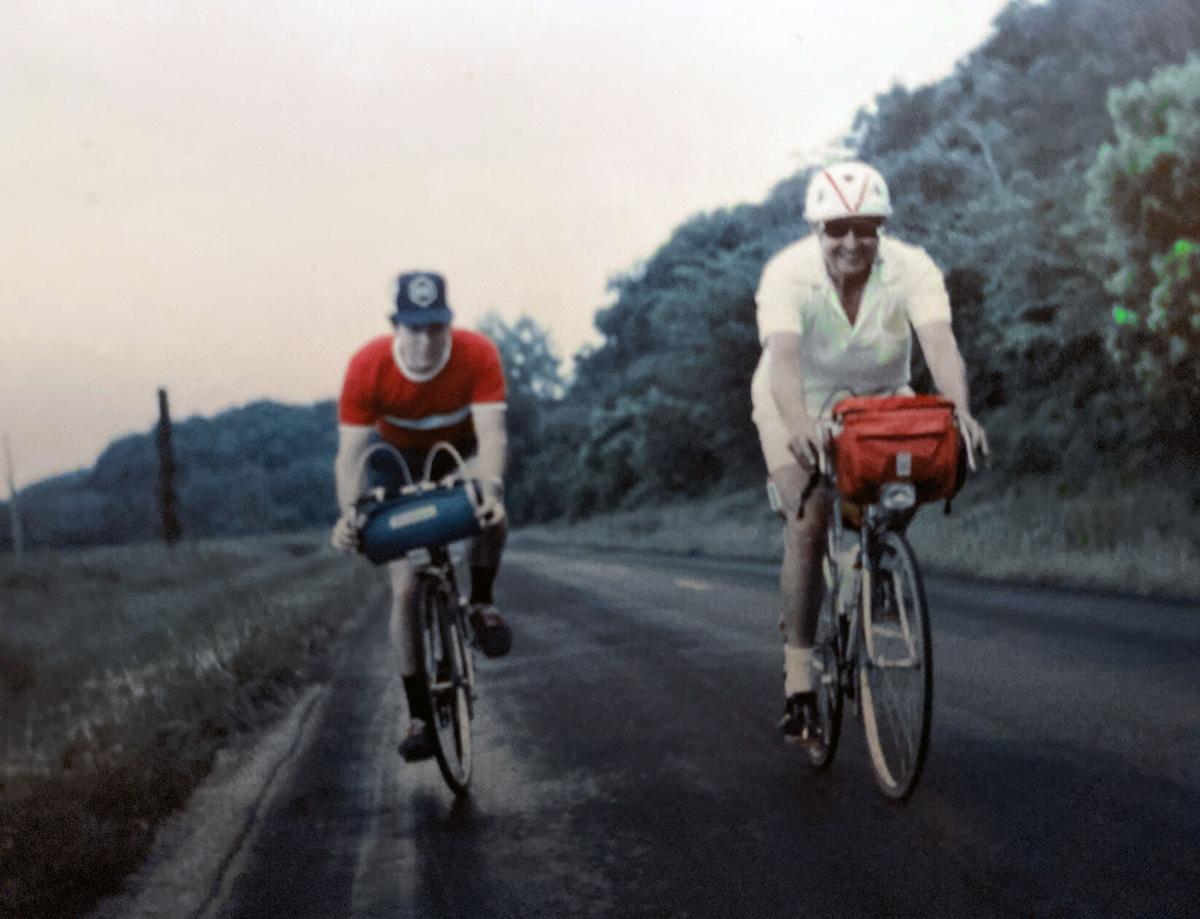 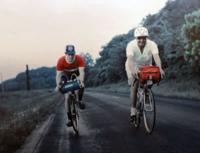 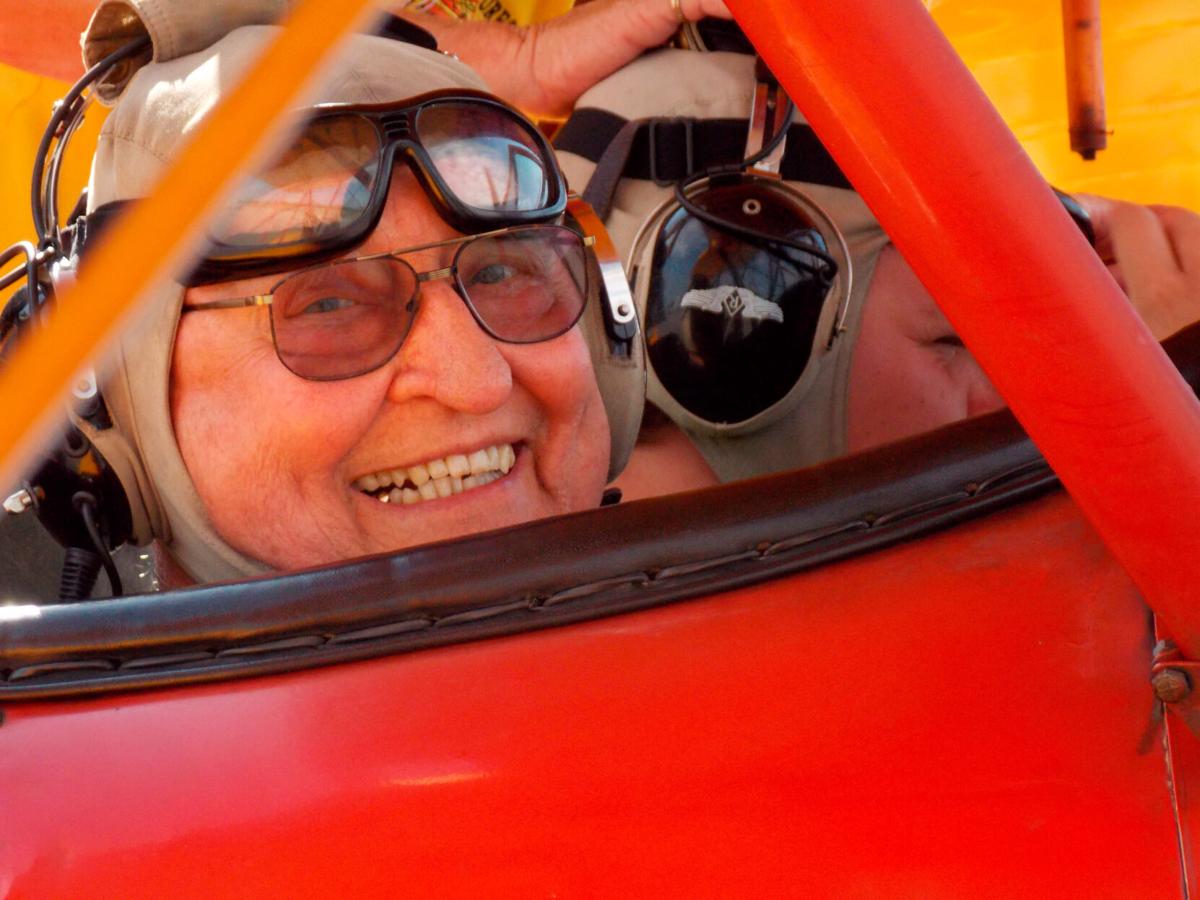 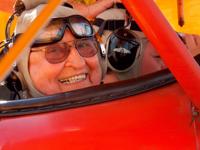 Bush Bierschwal flies a biplane for his 90th birthday. 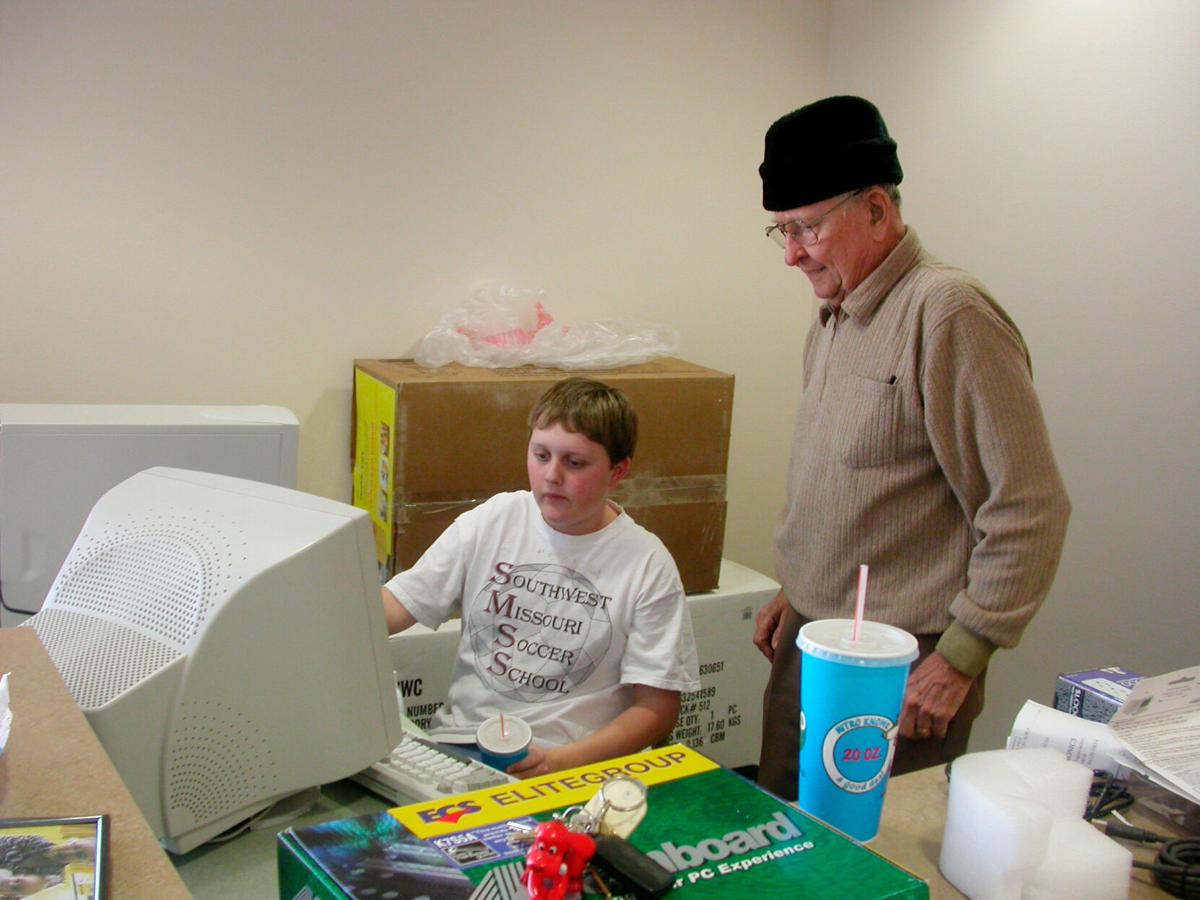 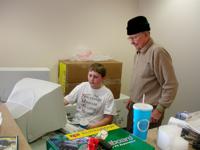 Bush Bierschwal teaches one of his grandsons how to install a computer.

Bush Bierschwal in the Marine Corps.

Bush Bierschwal flies a biplane for his 90th birthday.

Bush Bierschwal teaches one of his grandsons how to install a computer.

Clarence John “Bush” Bierschwal was someone who could always make a friend wherever he went.

As Paul Sherman, his son-in-law and an attorney, said, “He never ever met a stranger.” He had friends everywhere. According to Paul, he was one of those people who would go on a cruise and come back with a friend from Texas.

A life of travel

Bush traveled a lot due to his career as a theriogenologist, a specialist in large animal reproduction. Paul remembers a story Bush told him about the time he was in Nigeria.

Bush went with a group to do a theriogenology study on the cattle there. His group was told that they should leave Nigeria because there was a coup d’état going on at the time. He rushed to the airport, but there was a long line. He was afraid he wasn’t going to make a flight out.

While waiting in line, he talked with a Texan man to pass the time. He told Bush to follow him and he’ll get Bush on the plane, which he did. They wound up at a gate, where they paid off the gate guard who let them in a back way. They were able to make it on the plane right before takeoff — the last flight out of Nigeria before the airport shut down.

Paul said Bush might still be there if he didn't get on that last plane. “But just because he made friends with this great big Texan in line, one thing led to another,” Paul said.

“He liked getting to meet different people and finding commonalities they have as people all over the world,” dentist and his eldest daughter Dr. Betsy McQueary said.

Dr. Robert Youngquist, a colleague of Bush and veterinarian, sometimes traveled with Bush to scientific meetings and conferences.

“He was an amicable traveling companion,” Bob said. “He always was interested in finding good dining experiences and made those trips memorable.”

A leader in theriogenology

Dr. Beverly Sherman, Bush’s youngest daughter and a veterinarian, said Bush was also a proactive person. When Bush joined the MU College of Veterinary Medicine, theriogenology didn't exist as a science. During his time there, he became one of the founders that developed theriogenology at the college.

“Not just at our university but from around the globe, I think,” Beverly said.

Bush and Dr. C. E. Martin, a veterinarian and theriogenology professor at MU, helped create the American College Theriogenologists, where they mentored and guided “Therio residents” while at the veterinary college.

Bush was one of the two reproductive specialist professors that made up the food animal department in the College of Veterinary Medicine for many years, according to Tony. Tony had a few interactions with Bush because of his father and Bush’s relationship, but he knew him best as his instructor.

“He was a very good teacher, very practical in his approach to reproductive medicine, would work very hard to help and teach those who showed curiosity and a desire to learn, didn’t have great patience for those who showed little interest and just wanted to get by,” Tony said.

“My father kept in touch with Bush regularly until (my father) passed away five years ago,” Tony said.

A host of hobbies

Bush also taught himself how to build a computer and later taught his grandchildren how to build one. Beverly said that one of her children is now in a career for building computers.

He had multiple hobbies, including bicycling, fishing, photography and dancing. He was a part of a dance group in Columbia called Saturday Nighters, where they'd meet at The Tiger Hotel and dance to swing music. Beverly said Bush was part of this dance group for about 15 to 20 years.

He began bicycling when he was on sabbatical in Holland with his family, and he fell in love with it. Beverly remembers a time when he biked from Columbia to Springfield. He had done this twice.

When Betsy went to college at Missouri State University in Springfield, Bush would bicycle to visit her.

He would bicycle whenever he traveled to other countries too.

Ten years ago, Bush went on a two-week biking trip with Betsy in the Netherlands. Bush was about 84 at the time, and Betsy said he kept up with everyone else in the group.

Then there were hobbies that got he involved in because his daughter was into them. Bush did not like horses, but that changed once Betsy began raising horses and doing horse races. “He always complained about horses when I was growing up, but he got a big kick out of going to the races with me,” Betsy said.

Betsy said they would take trips together to see horse races, go back to the barns, go out to dinner and have a good time.

Betsy named one of her horses after Bush. The horse's name is CJ On Tour.

Betsy remembers one time after a horse race, they were going to head back to their hotel room since it was night time, but Bush told her he was going to spend a couple hours at the casino before going to bed.

“He was a character,” Betsy said. “He always had a good attitude, very optimistic about things and liked to have a good time.”

When he was in France, he also biked with a group. That's also the time that Bush got in a bike accident and had to go to the hospital. His doctor trained at Barnes-Jewish Hospital in St. Louis, Missouri. According to Paul, they bonded over both being from Missouri and became instant friends.

Bush was also interested in fishing. He went fishing with Paul in Canada, which is where Paul heard about a previous time Bush went fishing in Canada with his father-in-law when he was a young man.

For this trip, Bush packed aureomycin, a powder to put on wounds, as a safety measure. Little did he know that he would end up using it to help another.

While fishing, the two ran into a man who cut his hand with a hatchet. The man wrapped his hand up, but it continued to get worse; Bush could see streaks on his hand.

Bush asked the man if he could tend to his wound, which the man allowed. Bush used the aureomycin on his hand, and the wound healed. Paul said Bush not only saved the man's hand but probably his arm too.

Bush would use his photography skills in making trip videos, class videos and family videos. Whenever Bush traveled, he would make a video about the trip and add music from the area in the background. Betsy said they had many CDs with trip videos on them.

Sometimes he would even combine his class content with his family videos.

One time, Bush overlayed the photos of Santa Claus in the family Christmas movie with a photo of him using rubber gloves to palpate the innards of a cow. "It looked like there were these bloody gloves trying to catch Santa Claus," Betsy said while laughing. "We thought that was a pretty fun one to watch."

Betsy said his videos, even family ones, were done professionally. “He was really ahead of his time,” Betsy said.

He spliced in and out of scenes and made videos the old-fashioned way by using 8 mm film.

Bob said Bush prepared many presentations on slides and movies for students to use during their clinical service. “This was in the days long before digital photography and video tape and required long hours for preparation,” Bob said. “He was truly a pioneer in development of virtual learning.”