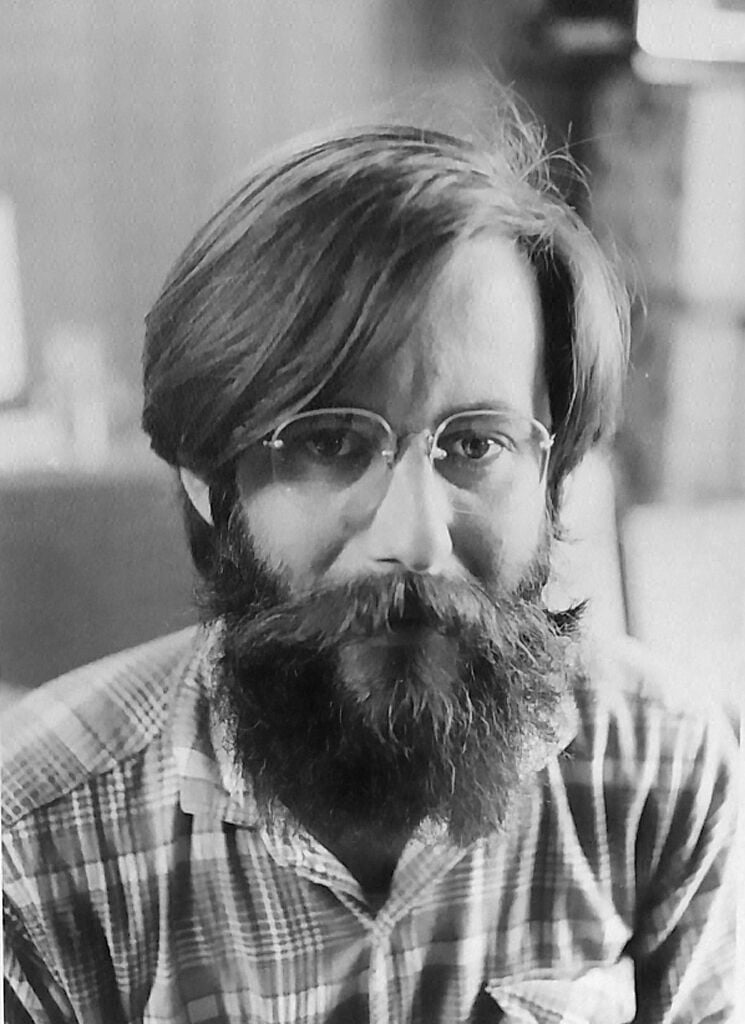 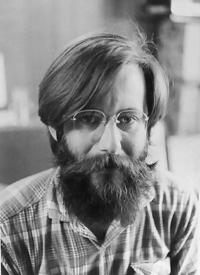 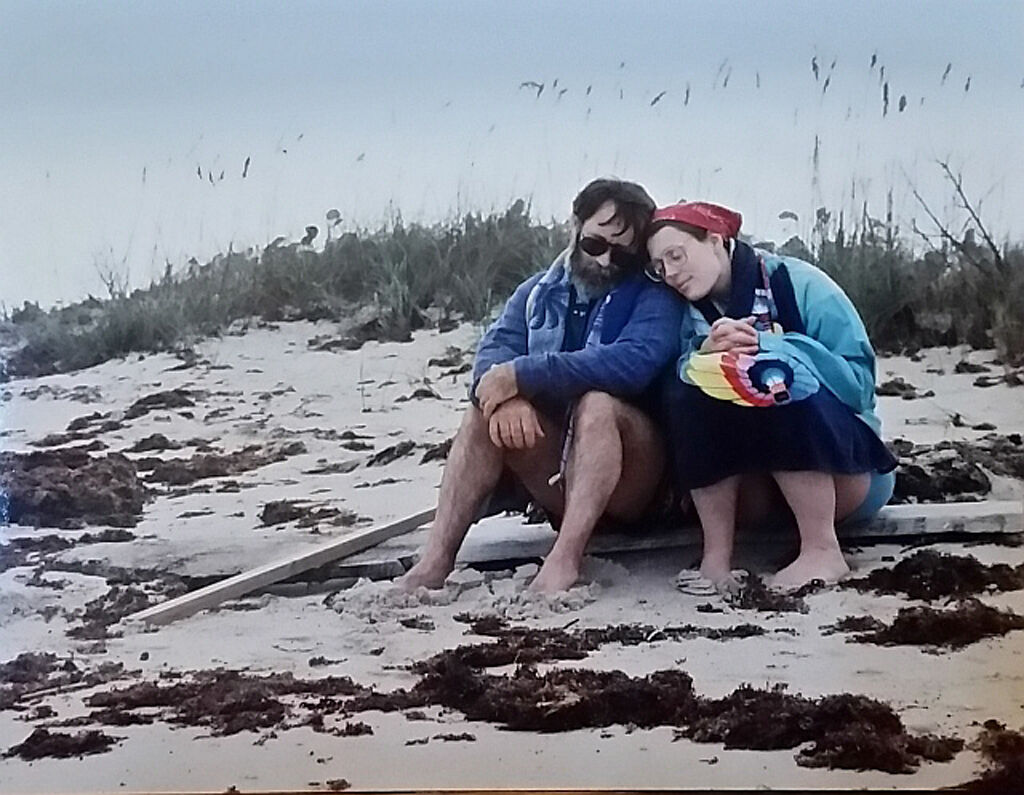 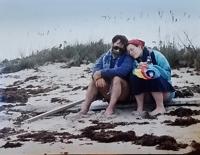 Hank and Marie Taylor sit on the beach in front of their home at the Bay of Fundy in New Brunswick, Canada in the 1980s. 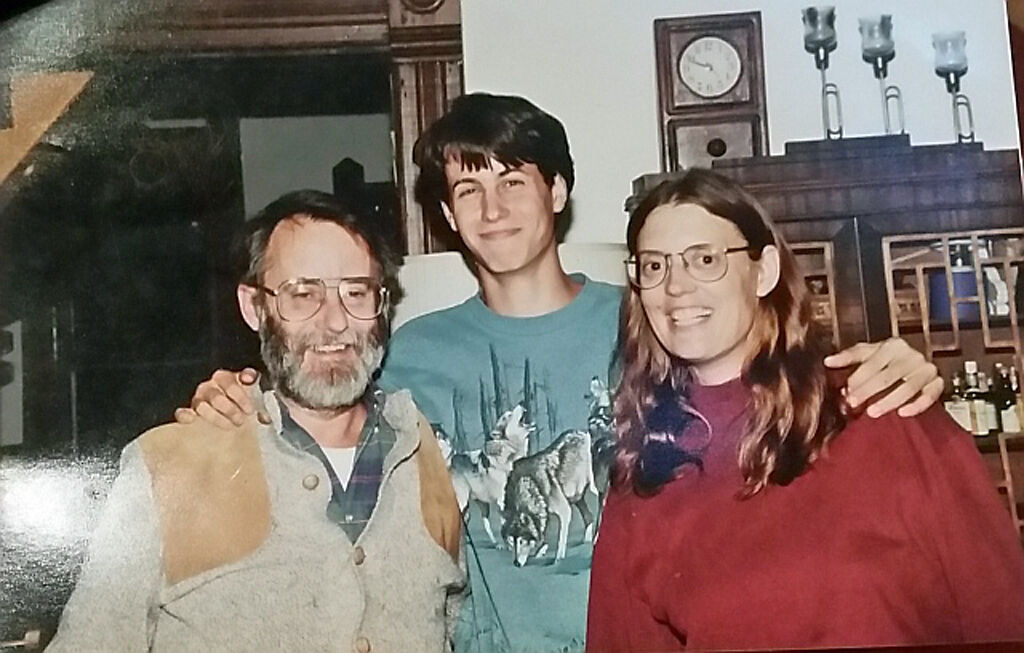 From left, Hank, Geoffrey and Marie Taylor pose for a picture in the living room of their home in 1996, in southern Boone County, Mo. 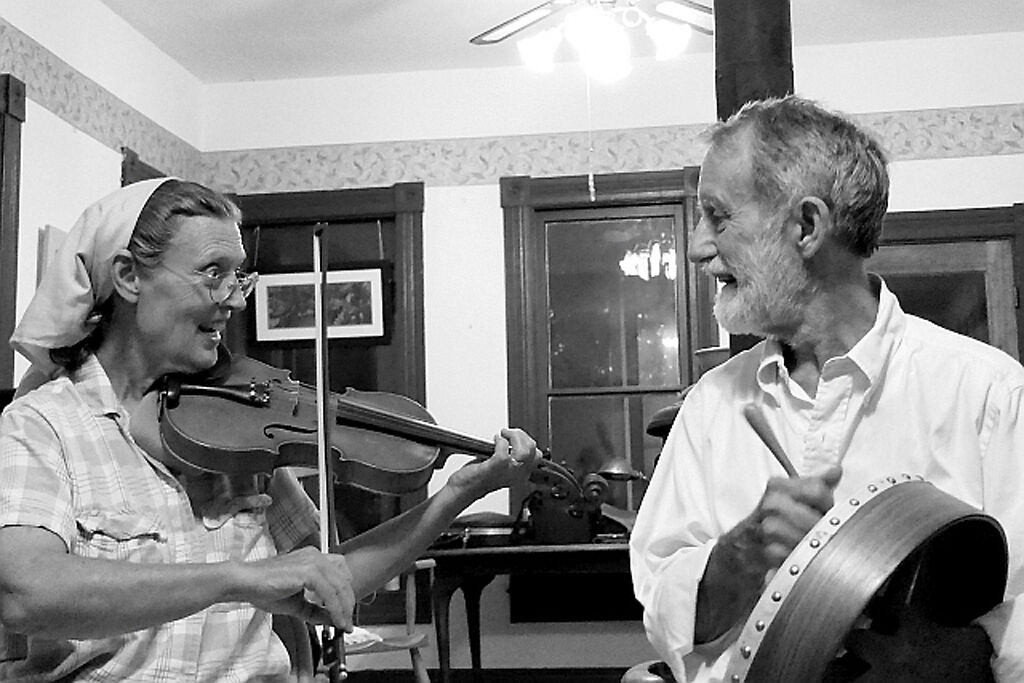 Hank Taylor and his wife Marie play Irish music in their living room in 2018.

Hank and Marie Taylor sit on the beach in front of their home at the Bay of Fundy in New Brunswick, Canada in the 1980s.

From left, Hank, Geoffrey and Marie Taylor pose for a picture in the living room of their home in 1996, in southern Boone County, Mo.

Hank Taylor and his wife Marie play Irish music in their living room in 2018.

When Hank Taylor talked, you knew he was well-educated within the first few sentences. Yet in his favorite overalls and with his polite demeanor, friends and family say he never let other people feel out of place in a conversation.

He was born in Detroit in 1939, a baby during World War II and a child during the “duck and cover” 1950s. Several of his uncles served in the Army or Navy, and some of his earliest childhood memories were of victory gardens, food rations and a grandmother doing “Rosie the Riveter” work for the war effort.

In 1948, polio struck the Taylor home. Five children in the household, including Hank, came down with polio within two weeks. He was 9 years old. His younger brother, Dave Taylor, born three years after the polio crisis, wonders if the illness is what left his big brother with poor eyesight, a smaller build and a new resolve.

“He never talked about that much, but it definitely was a big influence on his life,” Dave Taylor said. “I suspect it had a lot to do with him wanting to get into medicine.”

Taylor’s medical work turned him into a traveler. He started his education and career at home in Detroit then traveled to San Francisco, Nigeria, Canada and Norway. He even spent some time in China studying acupuncture before settling on a farm in southern Boone County.

Taylor worked at MU Health Care and taught in the MU School of Medicine, where he specialized in hematology and pathology.

Geoffrey Taylor, Hank’s son, observed his father practice medicine in a way that would “look at the person as a whole person and not just a medical case to be solved.”

When Hank Taylor moved to Boone County in the 1970s, midwifery was illegal except under narrow circumstances. Midwives who wanted to do home deliveries had to register with a doctor. Geoffrey recalls watching his dad “jump through all the hoops” to supervise midwives.

Geoffrey Taylor never saw his father seek recognition for what he accomplished during his medical career. “In some ways, he was actively avoiding it,” he said.

Over the years, friends and family would call him to ask about health issues, why their doctor had prescribed a certain drug, or how to get their doctor to listen to them. “Pretty frequently we’d be sitting at home, and the phone would ring and it’d be a Dr. Hank call,” he said.

Part of his father’s approach to medicine came from his interest in and practice of Zen Buddhism. He was fascinated by the philosophy on life and death and read about it often. Dr. Taylor also meditated daily, a core practice of Buddhism. He also incorporated tai chi into his meditation practice.

“Both brought a practical benefit to him in dealing with much of the trials and problems that we all experience,” Geoffrey Taylor said. “I’d say it was a central part of his life philosophy.”

That aspect of his life connected him to Walter Bargen, the first Missouri poet laureate. Bargen says he and Dr. Taylor ran in different circles but “overlapped like a Venn diagram,” and the two had some “fairly serious philosophical conversations.”

“They often devolved into politics, but we were of like mind when it came to that,” Bargen said.

When not learning about Buddhism, Dr. Taylor was engrossed in a variety of hobbies, including astronomy and woodworking. He read Scientific American cover to cover every month, and built a house entirely from local timber one summer in New Brunswick, Canada. One of his favorite activities was playing and dancing to Irish and folk music.

His former neighbor and fellow musician Clare Connors recalls hearing about an Irish band in Columbia that ultimately inspired the formation of a Boone County dance group, the Mid-Missouri Traditional Dancers.

“Hank and I decided to check it out, which we did and we both got addicted to the music,” Connors said. “And as a result we ordered ten (penny) whistles.”

The two taught themselves how to play, and would travel around to dances.

That’s how he met his wife, Marie. Marie Christine Eveker was a nurse when she met Dr. Taylor at a dance in St. Louis. Both were interested in folk dancing, and Marie became integrated into the Boone County folk music scene. Several friends would join her on the Irish fiddle, Dr. Taylor on the penny whistle and Connors on the piano for jam sessions in their homes, with dancers in the kitchen. One of Dr. Taylor’s favorites was a Scottish tune called, “Cam Ye By Athol.”

“He used to play that with one of the other whistlers, they would do a duet and it was just beautiful,” Connors said. “Even if he had put his whistle away to leave, he’d come back and play that tune.”

The music and dancing were such an important part of his life that in his final weeks, he was treated to a visit from a local Irish music troupe called Slow Jam.

“They sat around in the yard and they played Irish music for him,” Connors said. “In fact, he asked them to come back next week, but he had already passed by that time.”

Taylor was also an amateur radio operator, a hobby he especially enjoyed after attending Morse code classes with Kent Trimble of Dulle-Trimble Funeral Home in Jefferson City. Trimble remembers Dr. Taylor and Marie picking up the skill fairly quickly. Trimble said Taylor was a “sheer joy to be around because you could always learn something from him.”

At the same time, people didn’t feel intimidated by him and not just because he was short.

“He never put on any airs as to how smart he was or how well educated he was,” Trimble said.

For many years, Dr. Taylor and his wife were avid cyclists and rode up the steep hill at the last half mile of State Road MM daily near their home. He didn’t stop until last year when Marie, who had been in remission after an earlier bout with breast cancer, became ill again. Then, he became her caregiver.

Everyone had expected Marie, who was 15 years younger than her husband, to end up in the caregiver role. But she died in October. The couple had been together for 39 years.

“They were together for so long and depended on each other so much,” Dave Taylor said. “It was a big adjustment and big change for him.”

Dr. Taylor died at 81 due to cholangiocarcinoma, a rare cancer of the bile duct. After undergoing a robotic-assisted Da Vinci surgery at Barnes-Jewish Hospital in St. Louis, his life expectancy increased from a few months to two more years, though the surgery didn’t remove the entire tumor.

Until about three weeks before he died, he was still riding his bicycle up that hill on MM. Neighbors noticed when he stopped.

“That’s how they knew something was wrong,” Dave Taylor said. “They called me like, ‘We haven’t seen Hank riding up the hill lately, what’s going on?’”

Bargen said he would remember Dr. Taylor for his gift of drawing people out.

“He really had the ability to listen and parse out what someone was trying to say when they couldn’t articulate it clearly,” Bargen said. “He really won people’s hearts.”

Hank met, made and kept many friends from nearly every place he traveled and worked.