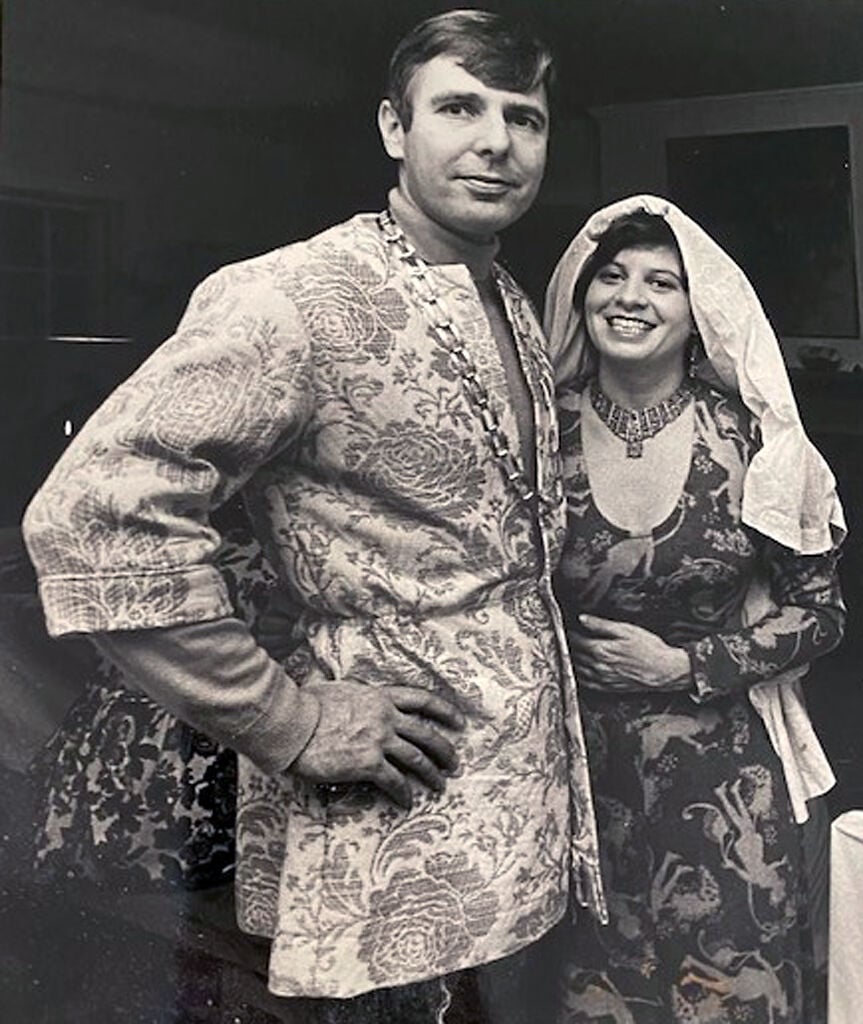 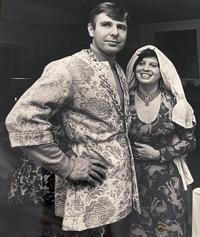 Jeannette and Richard Thompson pose for a picture December 15, 1979, at a medieval-themed gourmet club event. 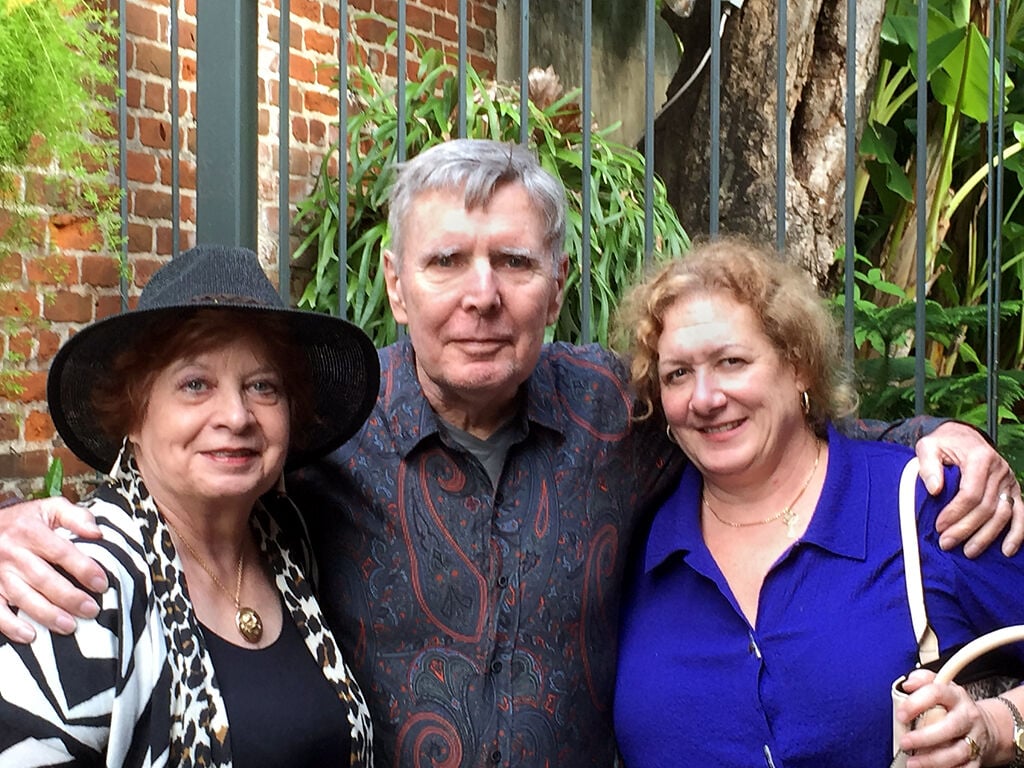 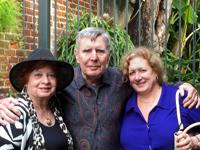 Jeannette and Richard Thompson and friend Becky pose on Thanksgiving Day, 2015, on the patio of Chateau Orleans, located in New Orleans’ French Quarter. 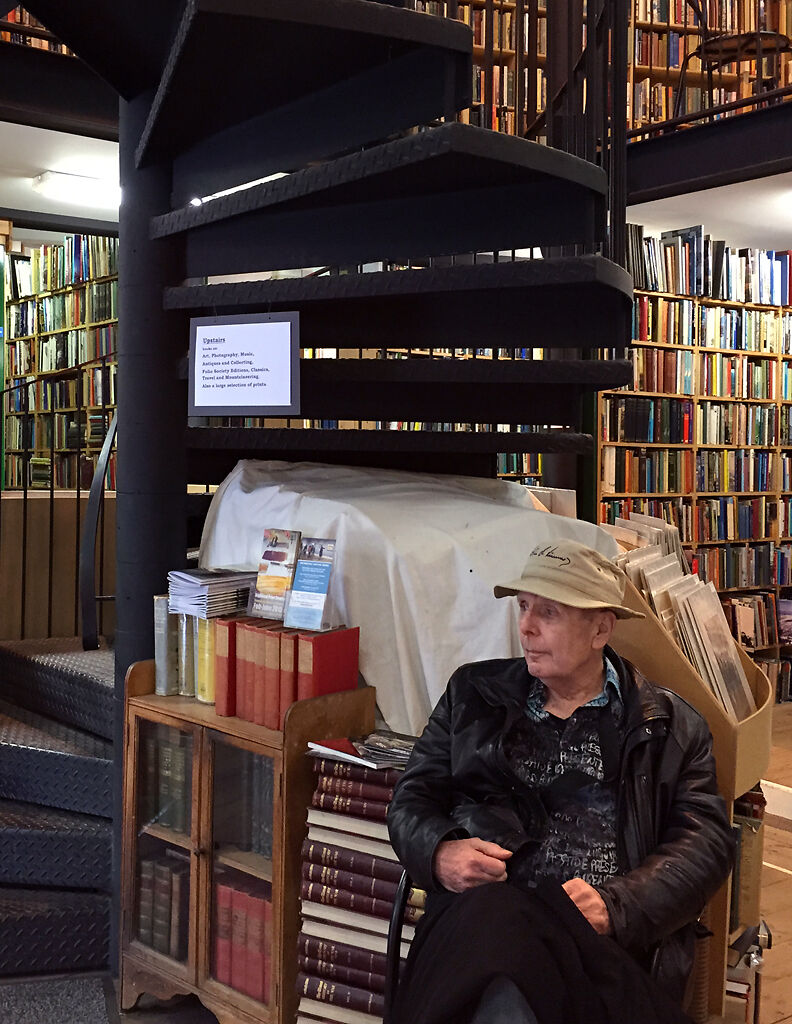 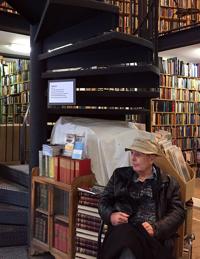 Jeannette and Richard Thompson pose for a picture December 15, 1979, at a medieval-themed gourmet club event.

Jeannette and Richard Thompson and friend Becky pose on Thanksgiving Day, 2015, on the patio of Chateau Orleans, located in New Orleans’ French Quarter.

Dr. Richard Thompson dedicated his life to the study and teaching of inorganic chemistry, and he enjoyed travel and good company.

Dr. Thompson was renowned as a man of influence in the field of inorganic chemistry and often spoke at science conferences. He worked in the Chemistry Department at MU for more than 35 years.

Dr. Thompson and his wife of 50 years, Jeannette Jackson-Thompson, also enjoyed the circle of friends they met through an MU faculty gourmet club.

Dr. Thompson died soon after midnight on Tuesday, June 30, 2020, at 81 after sharing his last moments with Jeannette, who said he took a final sip of 16-year-old Lagavulin single malt scotch and a final breath before passing away peacefully.

Jeannette said her husband always made sure to take care of her in the morning, making her a cup of hot tea before he left for work.

Dr. Thompson loved his work so much that Jeannette had to limit how early he could leave in the morning. She said her husband would leave by 5 a.m. to walk a mile to work every day.

“He thought the world would end if he was not in his lab by 5:30,” Jeannette laughed.

“He would call me to see if I was awake to make sure I wasn’t late for class or work,” Jeannette said, “and I never took out the trash.”

Friends of the Thompsons witnessed their love for each other and of travel.

“The first time they came to our house,” cousin-in-law Judy Rohr of Jackson, Missouri, said, “I was dumbfounded.”

“He made me feel like I was important,” Rohr said, “and his knowledge was unbelievable.”

Trudy Gardner and her husband were also members of the faculty gourmet club, which is where Gardner met Dr. Thompson shortly after he and Jeannette were married.

“He had a wonderfully dry sense of humor,” Gardner said. She recalled that Dr. Thompson told her that he and Jeannette married on a holiday so they wouldn’t forget the date.

“All we need to do is remember it’s on Easter,” he told her.

Friends and family of Dr. Thompson described him as a shy person who nevertheless would engage in thoughtful conversation when asked.

Jeannette’s brother, Earl Jackson of Bethlehem, Pennsylvania, didn’t meet Dr. Thompson until after their wedding but grew to respect him.

“We disagreed on many things,” Jackson said, “but we didn’t get angry.”

Dr. Thompson enjoyed meeting new people and learning about new places. “It did not matter where they went,” family friend Ro Bauer of San Francisco said. “They made friends.”

Gardner, who worked in the Philosophy Department at MU, often would walk home with Dr. Thompson in the evenings. She asked him about his work one day.

Gardner said she did not understand inorganic chemistry after the long conversation, “but he was very patient and went into a lot of detail.”

Jeannette said that when Dr. Thompson made a choice, he stuck with it. He became a Brooklyn Dodgers fan at age 8 and followed them even after they moved to Los Angeles.

By age 9, he had decided he was going to be a chemist. And by 14, he had set up a lab in his parents’ attic and received chemicals from companies by writing letters.

Dr. Thompson even chose his lifelong nickname, Dick, which his friends and family called him for most of his life. In his later years, however, he preferred to be called Dr. Thompson as a sign of respect.

Dr. Thompson developed symptoms of Lewy body disease in 2011, but he didn’t let his ailment prevent him from traveling all over Europe. He began showing signs of dementia and was in and out of hospitals in late 2019 but remained clear-headed until early this year.

Dr. Thomspon would chat about his life and family history while in the hospital nearly every day with his wife. He returned home June 27.

“He was a very brave man because he knew what was coming,” Jeanette said, “and he never complained. He just continued to love me.”

Dr. Thompson donated his body to science in hopes of helping others. After all, Jeannette said, “he was a true scientist.”

More on Dr. Thompson’s accolades and life experiences can be found on his memorial page.