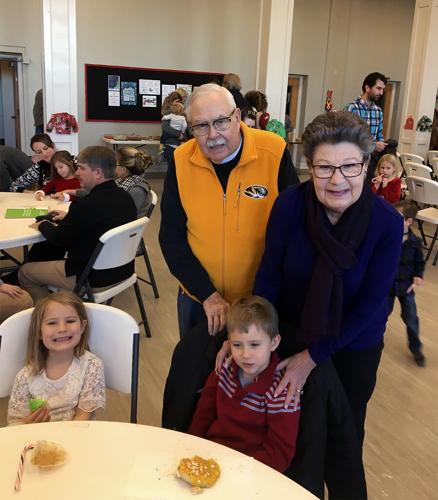 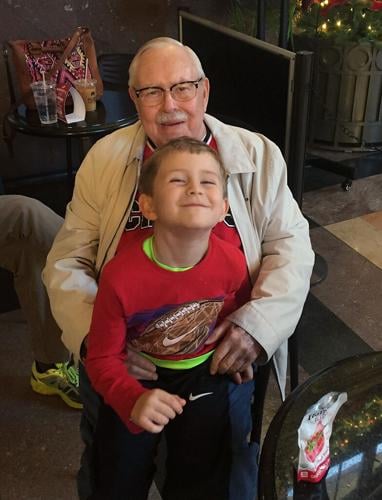 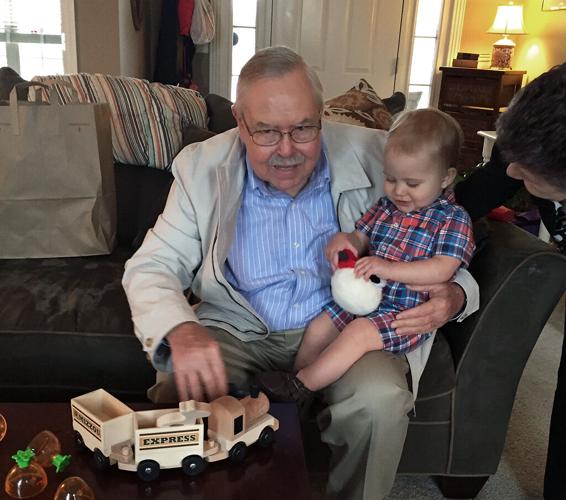 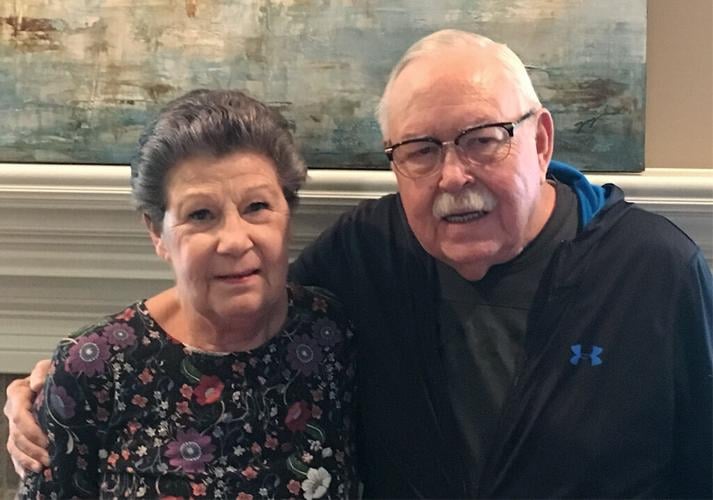 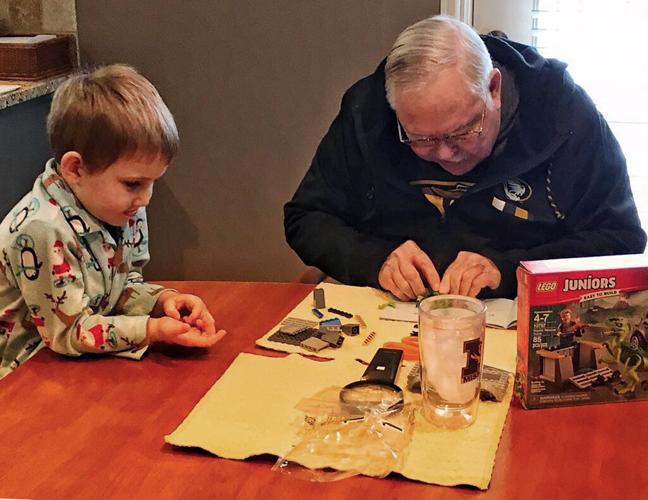 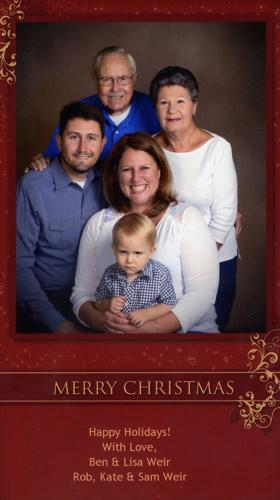 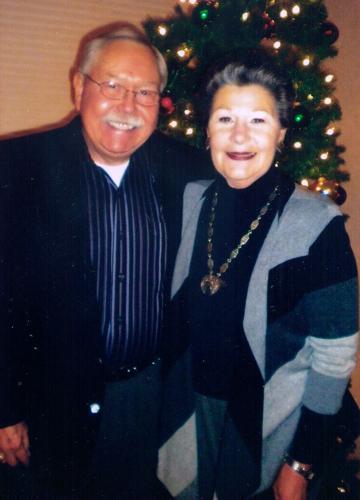 You could be having a serious conversation with Ben Weir Jr., and he’d be quick to drop a joke with his dry sense of humor and break the tension. Underneath a gruff exterior, he had the “sweetest heart” for his family, employees and community at large.

Weir died Oct. 31, 2020, in his Columbia home, but left behind a legacy of service and dedication to his career and his family.

‘Newspaper ink in his veins’

From the moment he could walk, Mr. Weir grew up in the newspaper business. Both his father Benjamin Franklin Weir Sr., and his mother, Ludmila Martha Vavra, were publishers. When he was younger, Mr. Weir would do odd jobs for the paper with his sister, Ludmila Dickeson, taking joy in helping their parents with the work. Dickeson remembers him having strong writing skills and a desire to represent stories of the community, which made journalism an easy choice of profession.

“He had newspaper ink running through his veins from the very beginning,” Doug Crews, former executive director at the Missouri Press Association, said.

Crews met Mr. Weir for the first time 40 years ago on a Springfield golf course. Over time, Crews watched Mr. Weir’s dedication to his local newspapers with admiration, and particularly enjoyed when they interacted during Missouri Press Association events.

Mr. Weir followed in his father’s footsteps as a strong publisher of community newspapers. He was the general manager and publisher of several news companies, including the former Nevada Publishing Company, the Examiner in Independence and the Times-Call, a daily paper in Longmont, Colorado.

“When he left Independence in 2006 to be a publisher in Colorado, I knew I was going to miss Ben and Missouri newspapers were going to miss him too,” Crews said.

At home when in nature

Mr. Weir had a deep love for the outdoors. He spent much of his childhood immersed in nature, and was a very active Boy Scout. When he lived in Colorado, he and Dickeson would explore Rocky Mountain National Park together, united by a love of climbing mountains and horseback riding. He was a frequent camper, and later counselor, at Cheley Colorado Camp.

Later, when Rob Weir, Ben’s son, was a Boy Scout, his dad came on every camping trip, no matter the weather.

Rob Weir fondly remembers canoeing with his dad for 60 miles along Boundary Waters as well as summer weekends spent at the family cabin on the Lake of the Ozarks.

“The beauty of the lake was you got out of the car and you didn’t get in the car again until you were ready to go home,” his wife, Lisa Weir, said. “So it was our real quiet space.”

Living through serving others

Mr. Weir gave much of his time to community service, working with civic organizations. regardless of where he lived. Economic development was a particular passion of his. While he lived in Independence, he worked with the Chamber of Commerce to set up a free enterprise system in the city, Lisa said.

However, uplifting the community wasn’t just business-oriented to him. He was also a member of Rotary International for years. As a Rotarian, his service would extend beyond meet-and-greets and business card exchanges to scholarships and eradicating polio.

Mr. Weir was also dedicated to racial justice and equality. Later in his life, Mr. Weir began to undergo dialysis treatments. He would spend hours at a time in the clinic and met a group of Black men there, befriending people he hadn’t interacted with during his childhood in predominantly white Nevada, Missouri.

“I think having the experience of just having to hang out with some African-American men for a long period of time, getting to know them and getting to know their stories, really revealed to him that racism is real,” Rob Weir said.

After that experience, Mr. Weir became very interested in reconciliation. He would read often about the civil rights movement and took classes on social justice at the Osher Lifelong Learning Institute. He never wanted anyone to have special privileges over another, nor would he tolerate racist behavior.

Lisa and Ben Weir were married for 47 years, and spent many of those attending press conventions. They met at a Missouri Press convention, while Lisa worked in Kansas City and Mr. Weir worked in Rolla. They bonded over dates at the zoo and museums, a mutual love of reading and later, over caring for their son.

“We were just really comfortable with each other. No pretense, no funny stuff,” Lisa said. “Nobody was trying to be who they were not.”

Lisa remembers her husband as a naturally introverted man. He worked extra hard to be the extroverted leader people needed him to be, so at the end of the day he would come home, build a fire and ease into the quiet of the evening. During his days in the newsroom, he would be the calm in the storm.

“There were times that there were crises, and everybody was rushing around and in a hurry,” Lisa said, “He was sort of a calming influence, saying, ‘don’t panic, just take a step at a time and it’ll be OK’.”

He loved spending time with the children in his family. In his later years, Mr. Weir lived in Missouri while his sister Dickeson lived in Colorado. Their relationship was very long-distance, but it made the holiday travel all the more special.

“I always teased him about peeking at all the Christmas presents,” Dickeson said. “He never claimed he did that, but I was pretty sure he did.”

Dickeson said Mr. Weir was a kind uncle to her two daughters, making them laugh and playing with their toys together. Undoubtedly, Weir’s best friend was Rob Weir’s son, Sam. His favorite thing to do was spend time with his grandson, and every Wednesday Sam got to spend the day with his grandparents, Papa Ben and Gogo.

“He had not been in great health before my son Sam was born,” Rob Weir said. “I think it gave him five more years of life to be around him.”

Mr. Weir, or ‘Papa Ben,’ would always have a surprise for Sam, who started kindergarten this fall. The surprise could be anything from a Hot Wheels car or a book to Little League baseball gear.

“He said to me, ‘Now that Papa’s not here, who’s going to get my surprises?’ This brought me to tears and I said ‘Sam, Gogo can get your surprise’,” Lisa said.

The pandemic made it difficult to spend time with Papa Ben. Missing the time with Sam was hard on him, but in October, a couple of days after his birthday and weeks before his death, Rob Weir, his wife, Kate, and Sam were able to go share a dinner on the porch with Ben.

“I don’t know that I’ve ever seen him as happy as he was that day,” Rob Weir said.

Weir lived his life with a calm and thoughtful demeanor, spending every moment caring for others.

Following Mr. Weir’s wishes, his body was cremated and his ashes will be scattered at his home at the Lake of the Ozarks. A memorial celebration will be held in the summer. In lieu of flowers, the family suggests contributions to Rotary International’s Peace and Justice initiative, the Missouri Press Foundation or to the Central Missouri Humane Society.

Ben's best friend was his grandson, Sam. They loved building with Legos and watching Pet Corner together on KOMU.