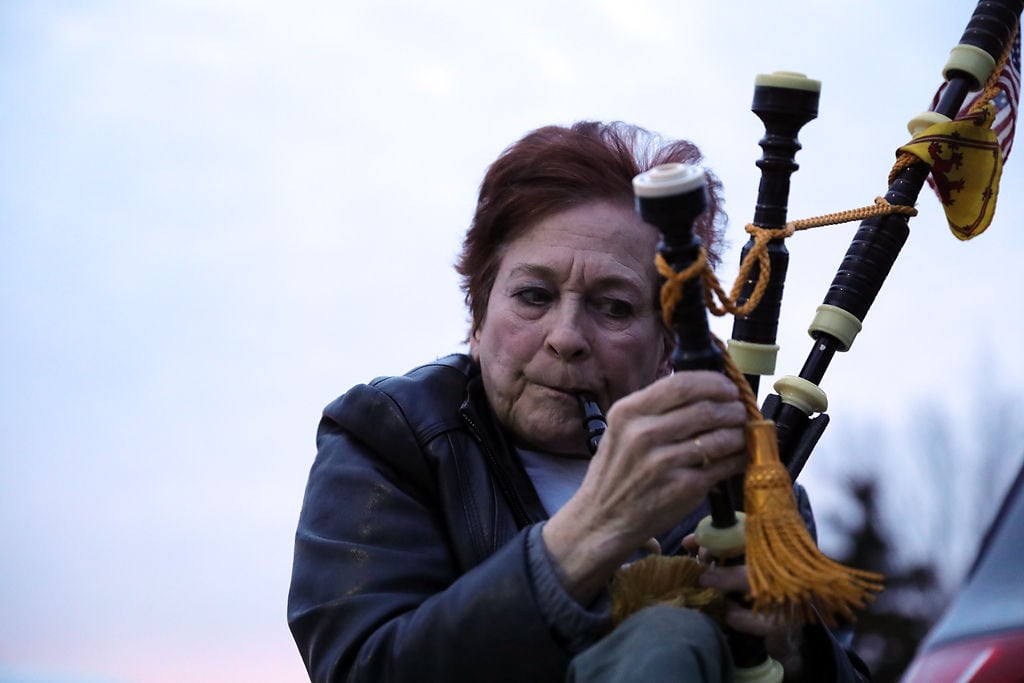 Heather Foote sets the tone in the bagpipes 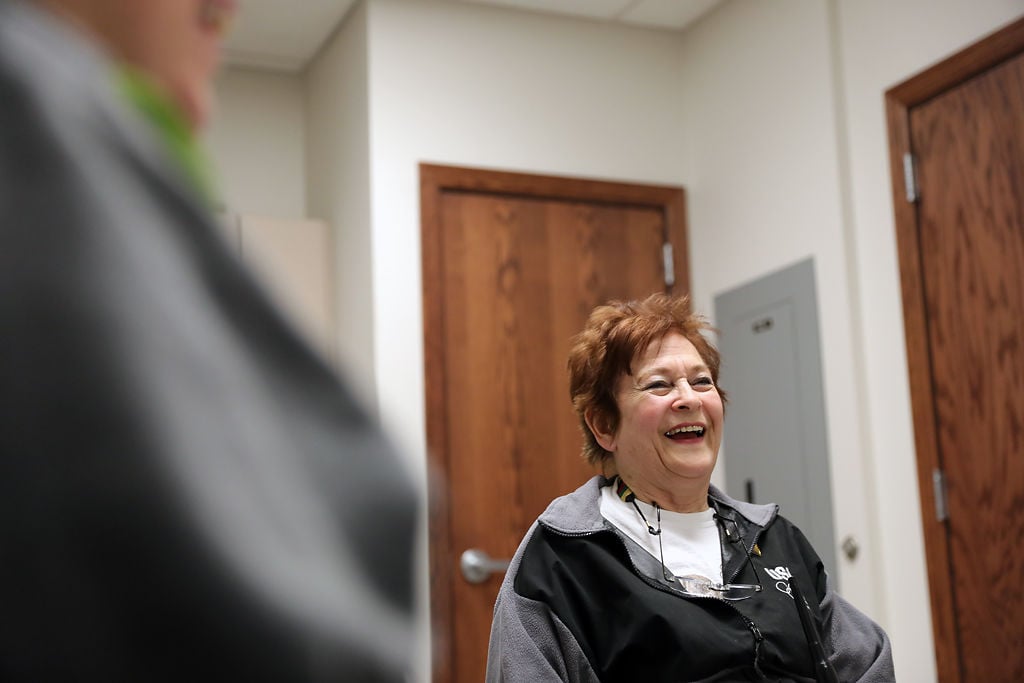 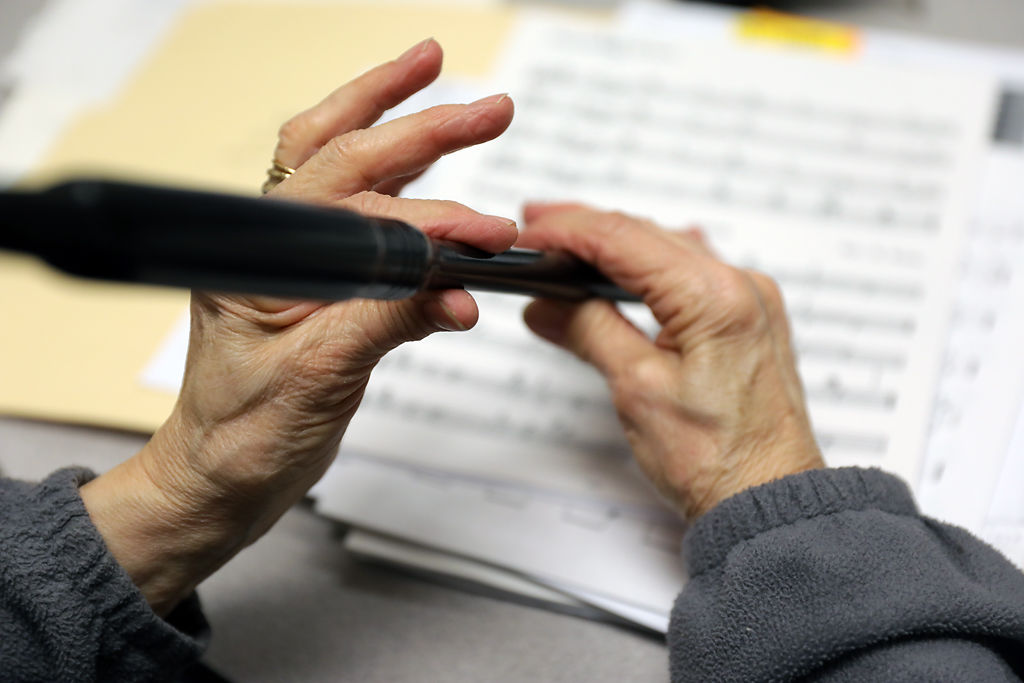 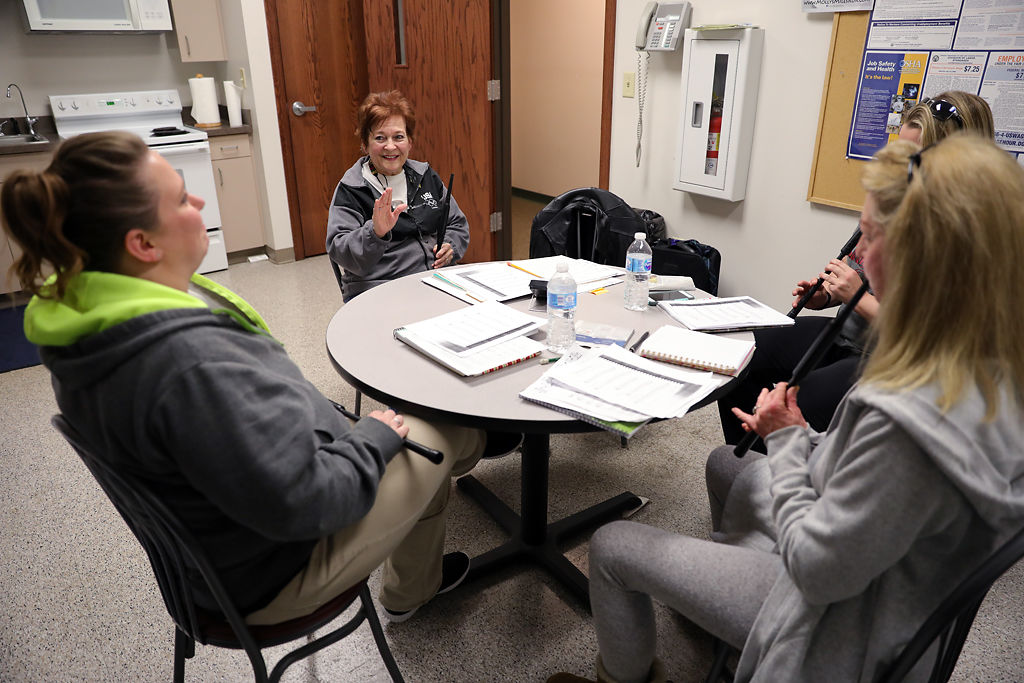 Heather Foote sets the tone in the bagpipes

It's early evening, and the sunset is breaking through thick clouds. An unmistakable sound of bagpipe music fills the nearly empty parking lot — reedy and mournful.

Near the front of the band, a woman cradles the leather bag and blows steadily into the pipes. As the group finishes its walk around the periphery of the parking lot, Heather Foote takes her place among the musicians.

Foote, 78, a retired registered nurse who graduated from MU's School of Nursing in 1963, is a member of the Boone County Fire Protection District Pipes and Drums band.

She describes herself as "an expressive person," and playing the bagpipes is not her only creative talent. She has been a professional sculptor for nearly 40 years, and the sculpture of children at Columbia's Ronald McDonald House is her work.

Foote says she always loved the sound of bagpipes, but she didn't learn to play until she discovered a class 18 years ago at the Fire District’s headquarters in Columbia.

"I worked like a dog to learn to play the pipes," she said. "I just really was not going to quit.”

"When you get to the bagpipes, you have to blow the bag up, and it’ll just wear you to a frazzle if you’re trying to figure out what note to play," she said.

Foote has developed enough proficiency from rehearsals, performances and intensive bagpipe camps to become a teacher. She now gives lessons to beginners every week before the band’s Tuesday evening practice. Her current group started in February.

She teaches students how to read sheet music, which often includes grace notes — percussive sounds created by tapping one's fingers on the chanter as air flows through the pipes. As homework, she assigns scales and simple songs like "Amazing Grace" to practice at home — 20 minutes every day, she hopes. She advises her students to tap a foot to stay on beat.

"Crossing noises are the bane of the bagpiper," Foote said.

She teaches in the hope that her students will stick with it and eventually join the Pipes and Drums.The band, currently at an all-time high of 16 members, frequently performs in parades, including Columbia’s Memorial Day, Veterans Day and Homecoming parades, as well as the annual St. Patrick's Day Parade in Rolla. They also play during funerals, weddings and graduations.

One of Foote's former students is Craig Roberts, a professor of plant sciences at MU, who learned to play six years ago. Roberts described piping trips with Foote when he could listen to her stories.

Bagpiping isn't in Foote's family, but she has Scottish ancestors. Her maiden name, Graham, is a Scottish clan. The instrument she plays, the Great Highland bagpipes, originated in Scotland. The tartan kilt she wears for personal performances is of the Graham Clan, and her clan crest is displayed on her glengarry cap and on her belt buckle.

Her heritage also includes a combat surgeon-turned-White House physician: her father, Wallace Graham. In 1945, Graham became the personal physician for President Harry Truman and his wife.

Graham was a colonel at the time and had served in World War II. His daughter was just five years old when the family moved to Washington, D.C., and the family lived there until she was 13.

Foote has also left her mark on Columbia's art scene. A self-taught sculptor, Foote created the sculpture of four children that stands in front of the Ronald McDonald House. The sculpture features four children: Two seem to be climbing either side of a short brick wall, a third touches another's hand and the fourth peers through a "window" in the wall.

"I also feel that art and the healing arts are complementary. Both are activated by the human spirit to help to heal mentally and physically," Foote wrote in the sculpture’s dedication notes in 2014.

She is a past president of the Columbia Art League, where some of her art has been displayed. Originally a painter, she decided the practice was "too calm."

Foote said she finds herself "unwittingly" doing something new every 10 years or so. As a child, she and her brother played the accordion, even performing once for President Truman.

As an adult, she played the classical guitar. She has learned various martial arts over the years, frequently attends dance classes and took professional ice skating lessons at one time.

Sculpting and playing the bagpipes are the two things that stuck.

"You just keep pursuing and working at what you love," Foote said. "It worked out, and here I am — a sculptor, and I play the bagpipes."